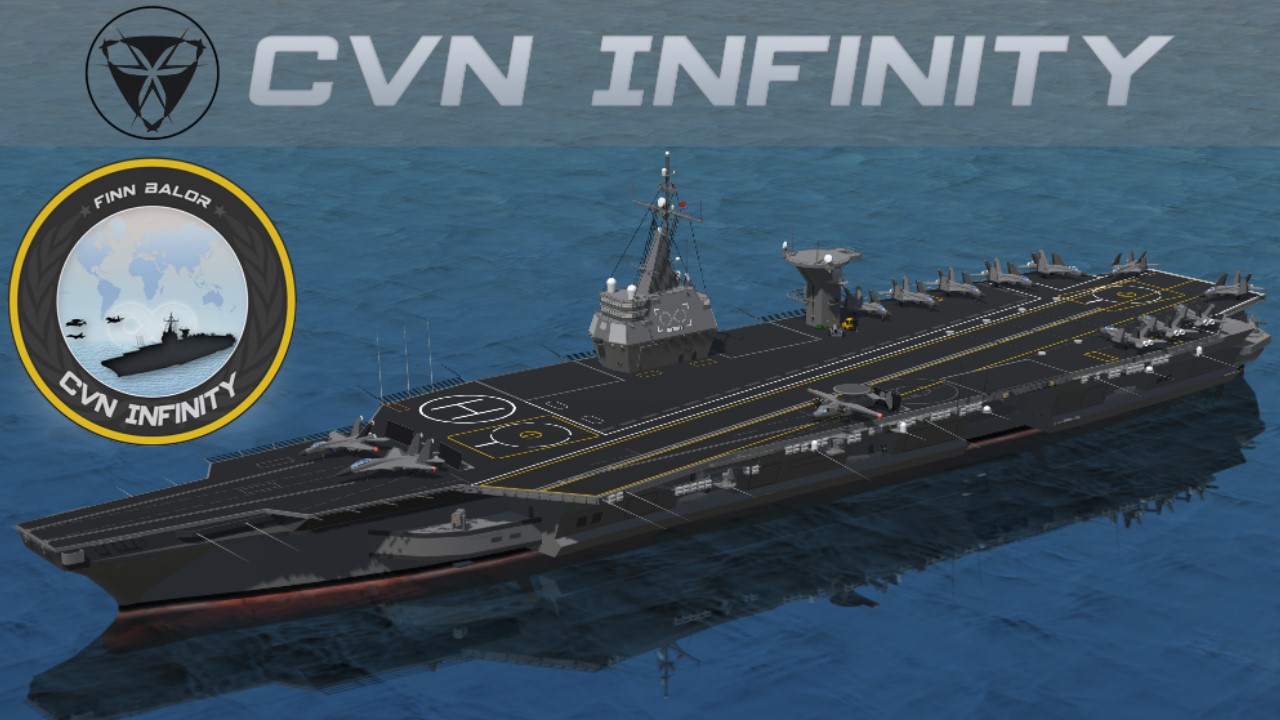 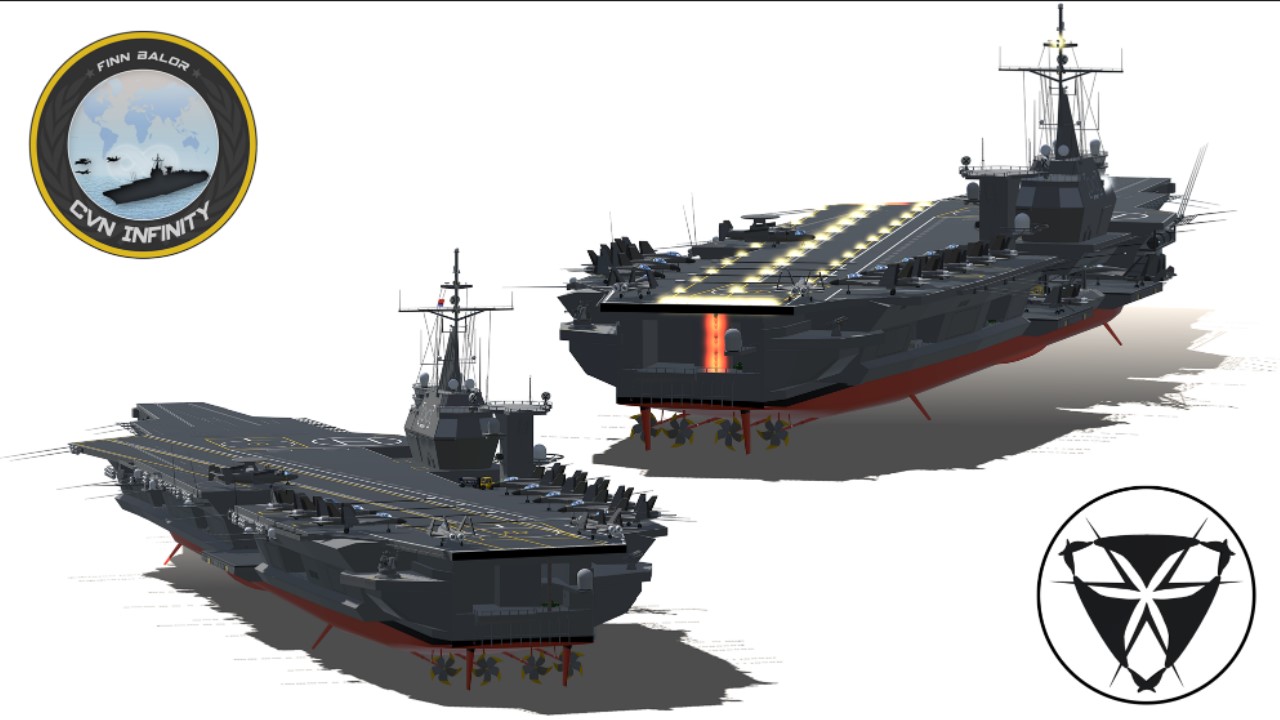 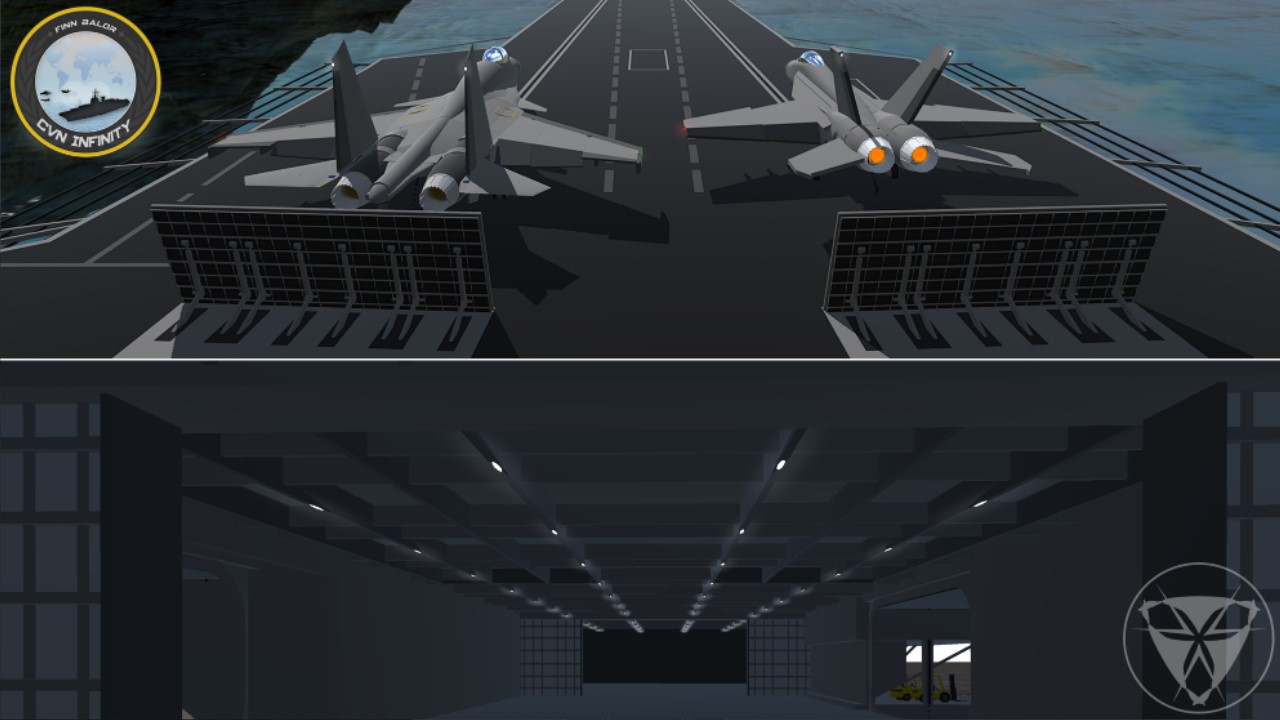 I named it "Infinity",that's because its main hull and superstructure are modeled after the carrier in the game Sky Gamblers:Infinite Jets. 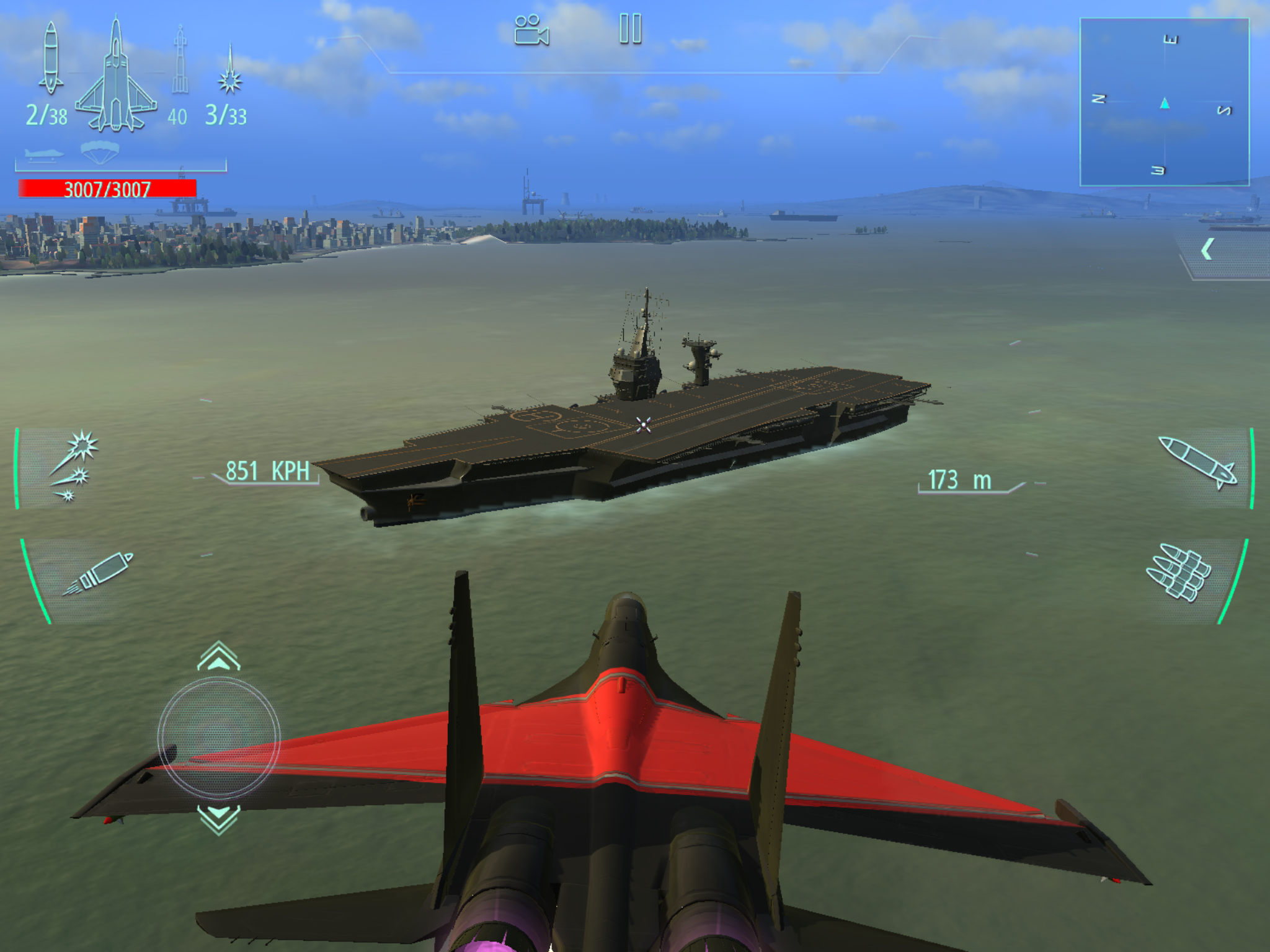 About a year ago,I tried to design a catapult with springs and magnets.Despite it performed poorly,my attempt to DIY catapult-assisted take-off finally made progress.It was version 1.8 at that time,there was no Funky Trees back then,so I couldn't think out any better design.Gradually I gave up this project.

But what I didn't expect was that the magical Funky Trees appeared a few months later.I redesigned the catapult with springs and magnets that separates automatically.After hundreds of experiments and adjustments,it finally became reliable.

So I started to looking for a carrier for my catapult.As soon as the carrier in Sky Gamblers came into my view,I knew that is it.Then this aircraft carrier project was decided.

There are many functional equipments available on Infinity.I will introduce the methods of use of them one by one. 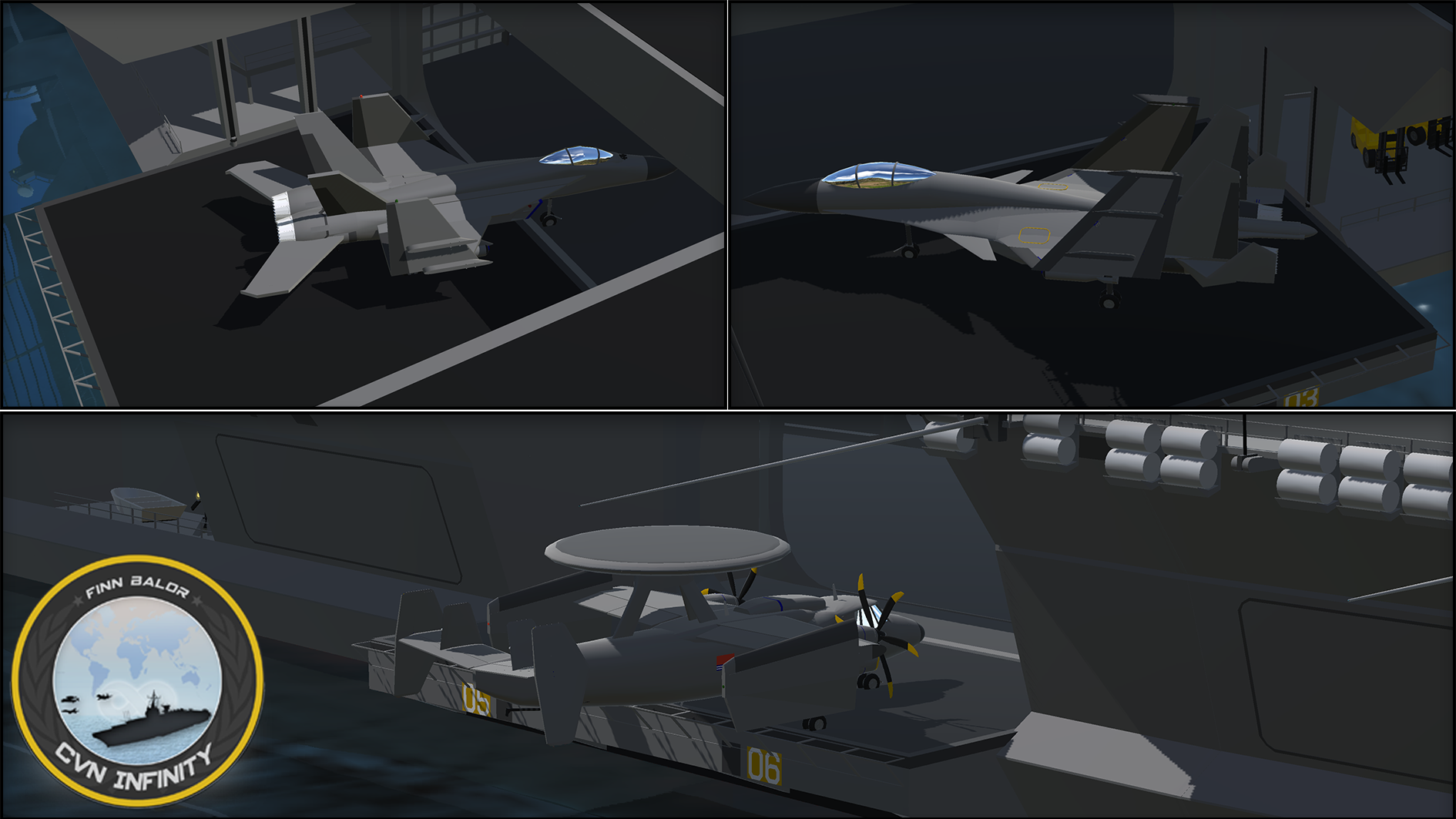 These are the most important parts of Infinity.Let's take a look at carrier-based aircrafts first. 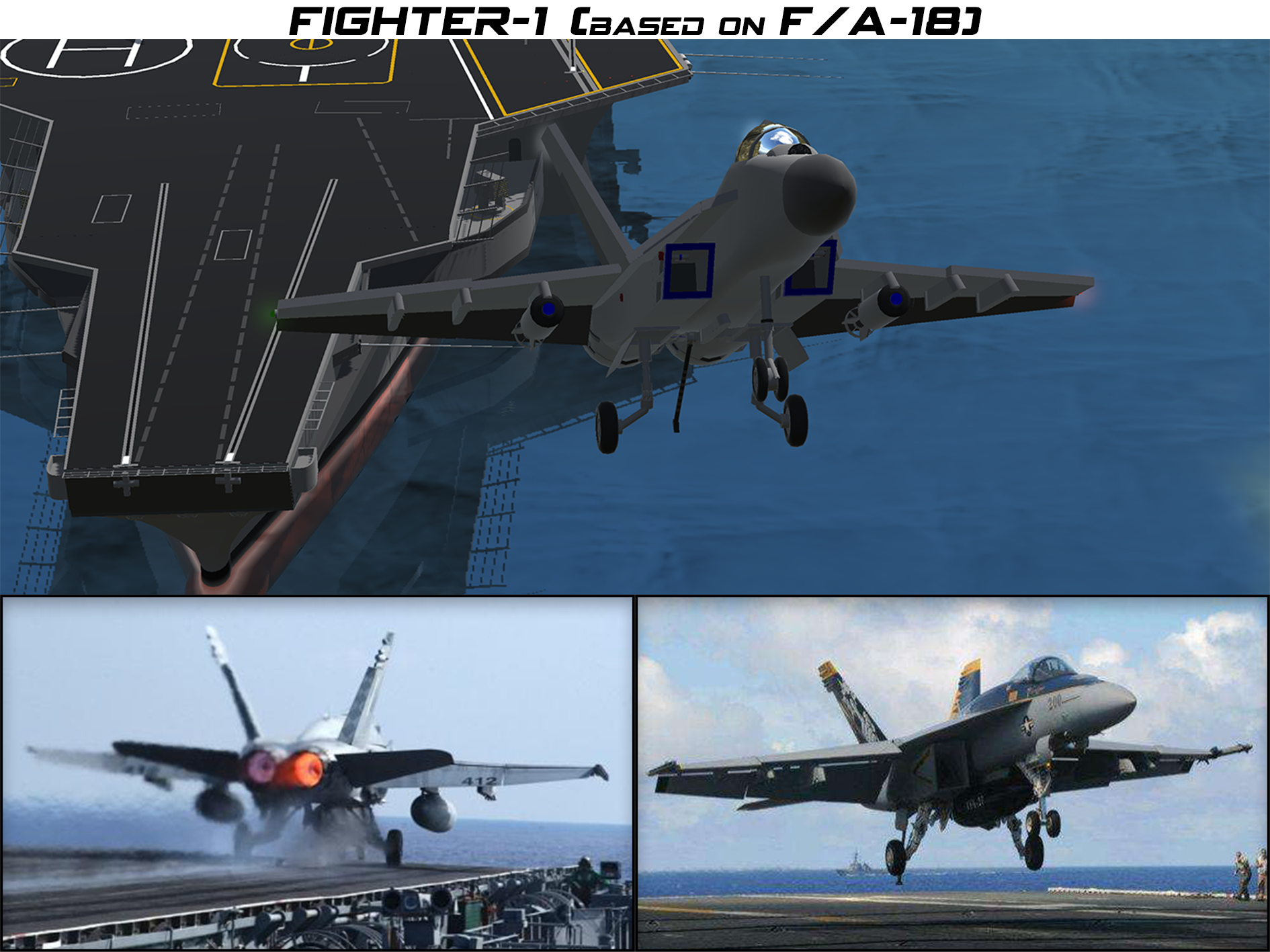 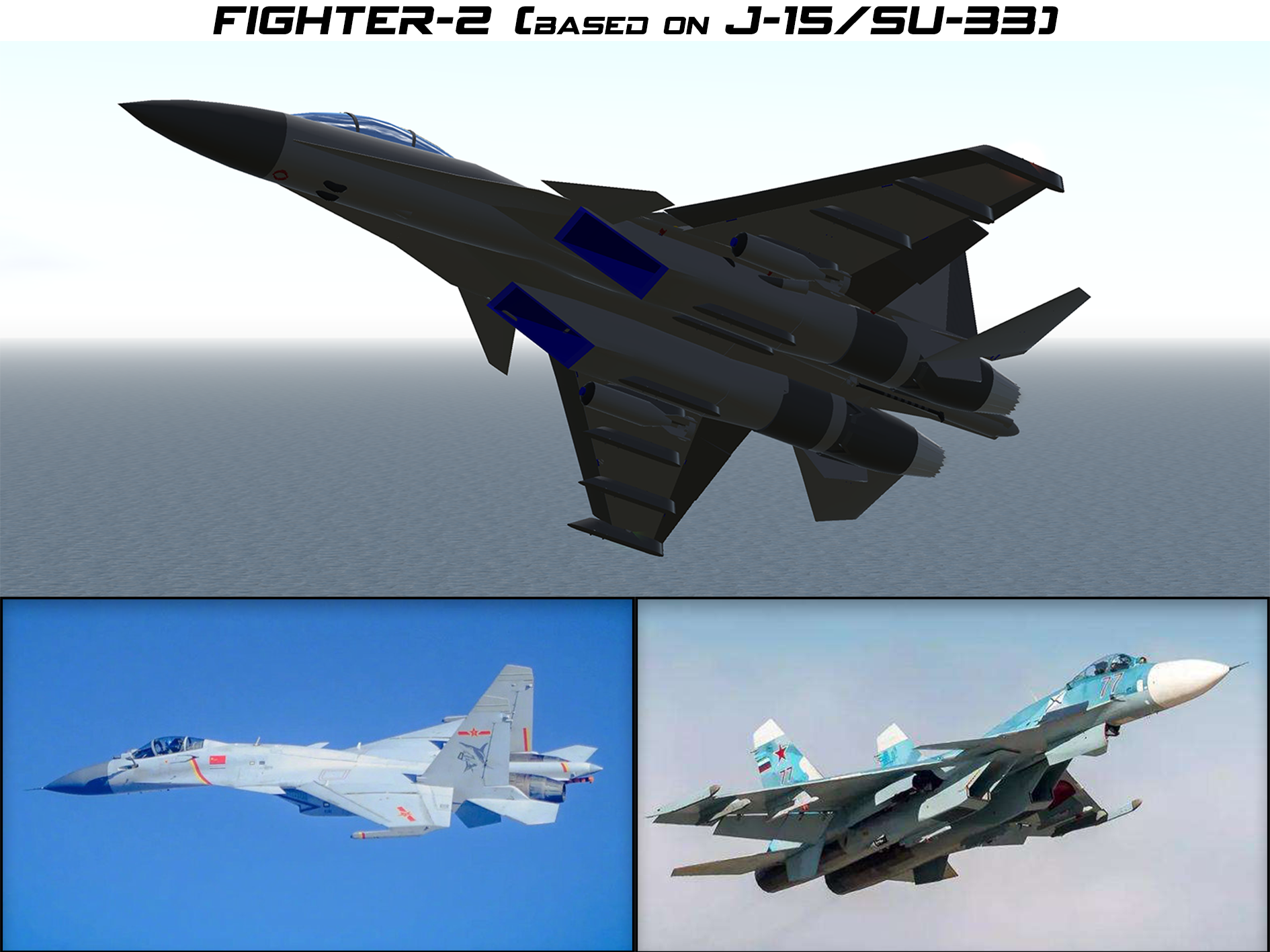 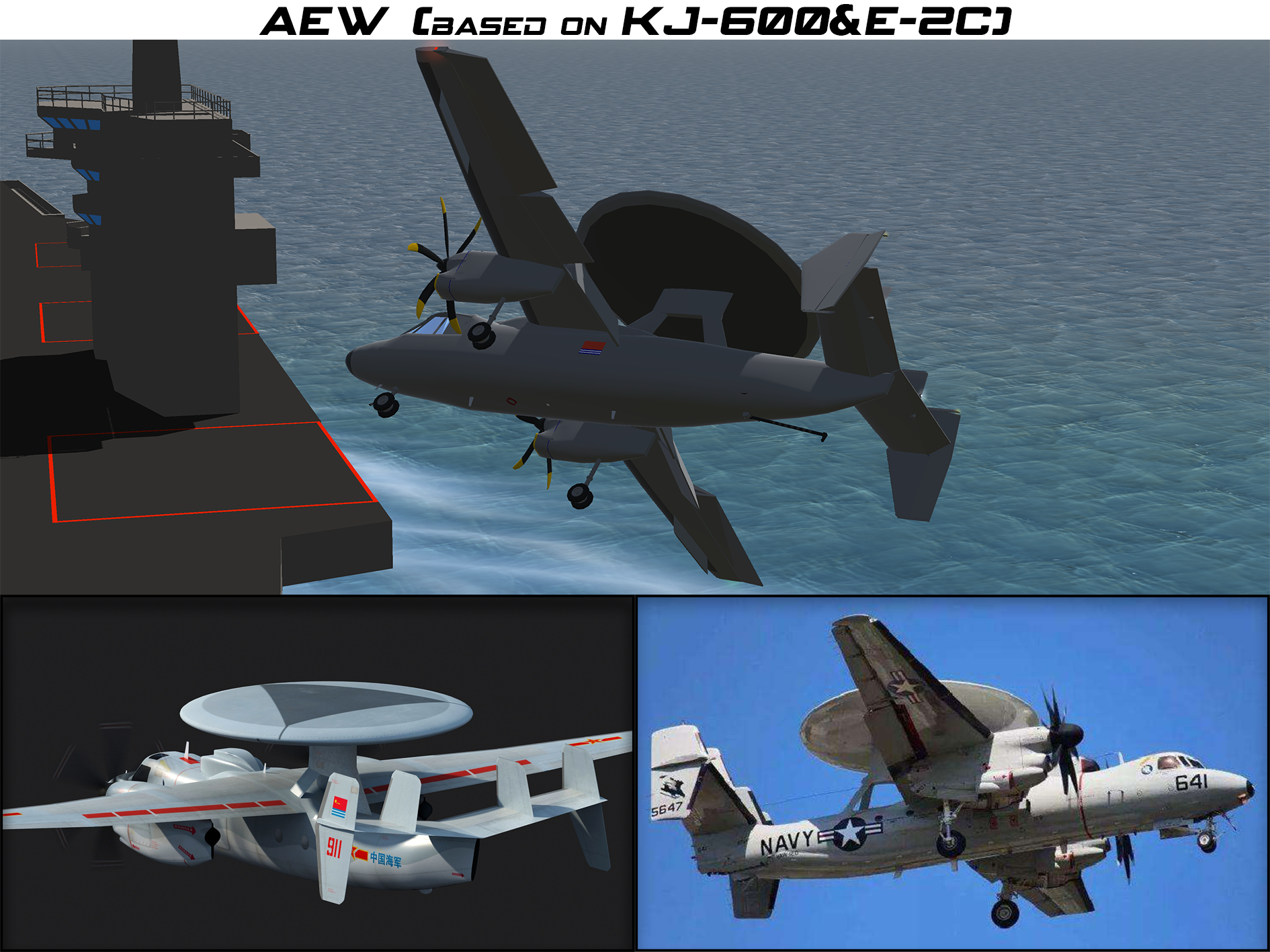 All 3 aircrafts are equipped with Ground Shifting System(GSS)(Well,don't mind that name.I don't know how to call it either XD).Just use Pitch,Roll and Yaw to move them on deck. 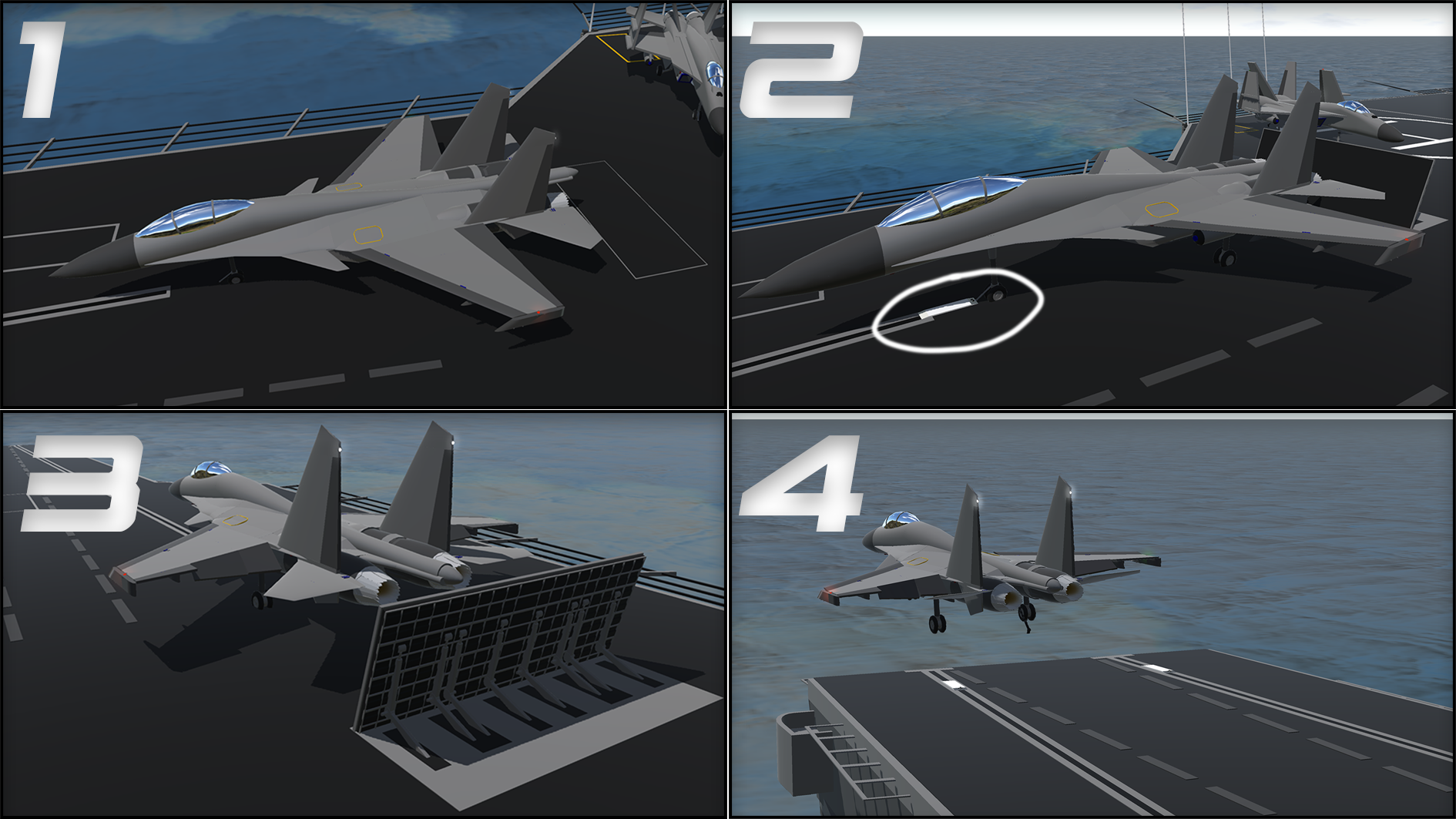 Step1:Use the GSS to move the aircraft in front of the baffle

Step2:Activate Group2,let the catapult get ready and raise the baffle.Then move the aircraft to connect to catapult slider. 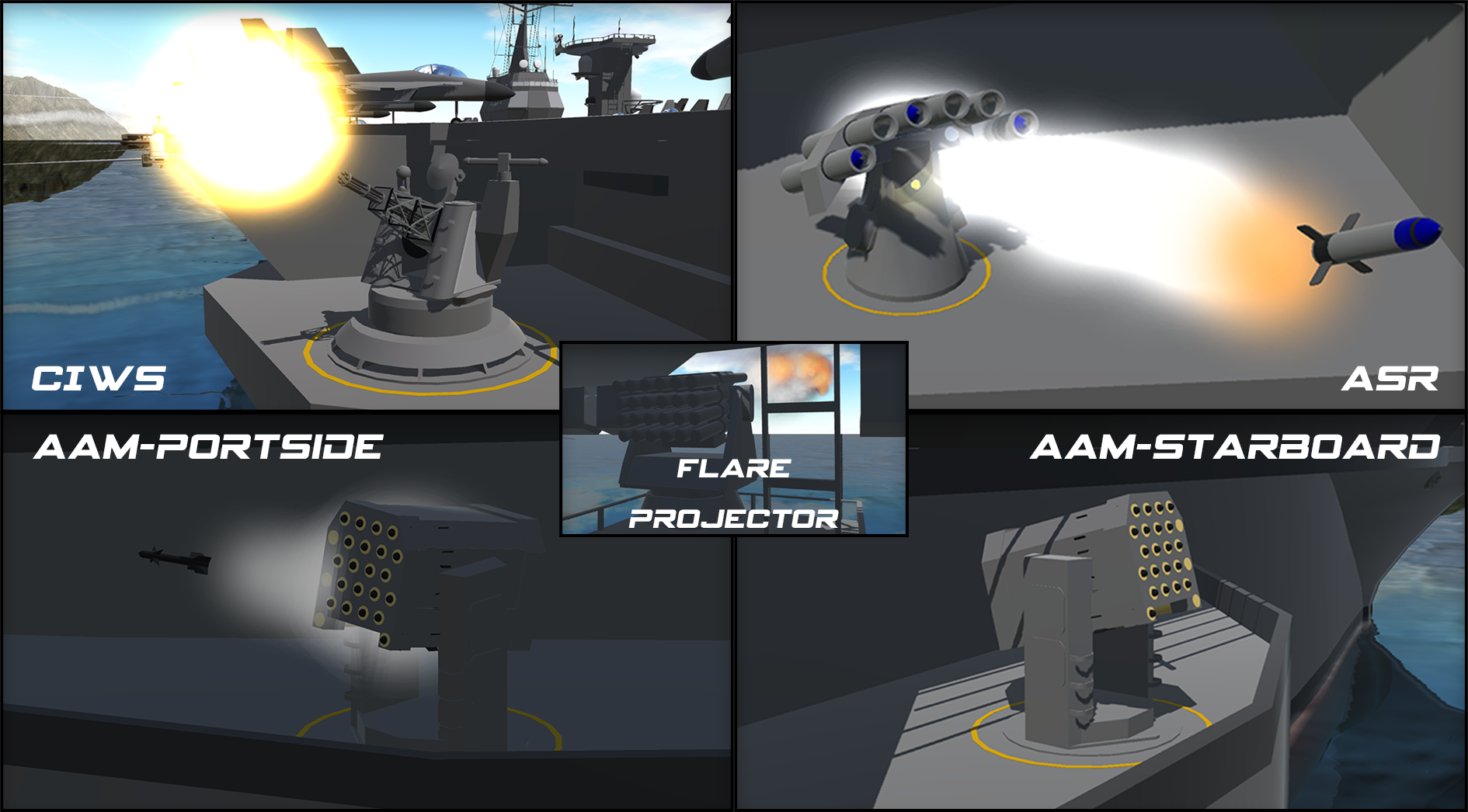 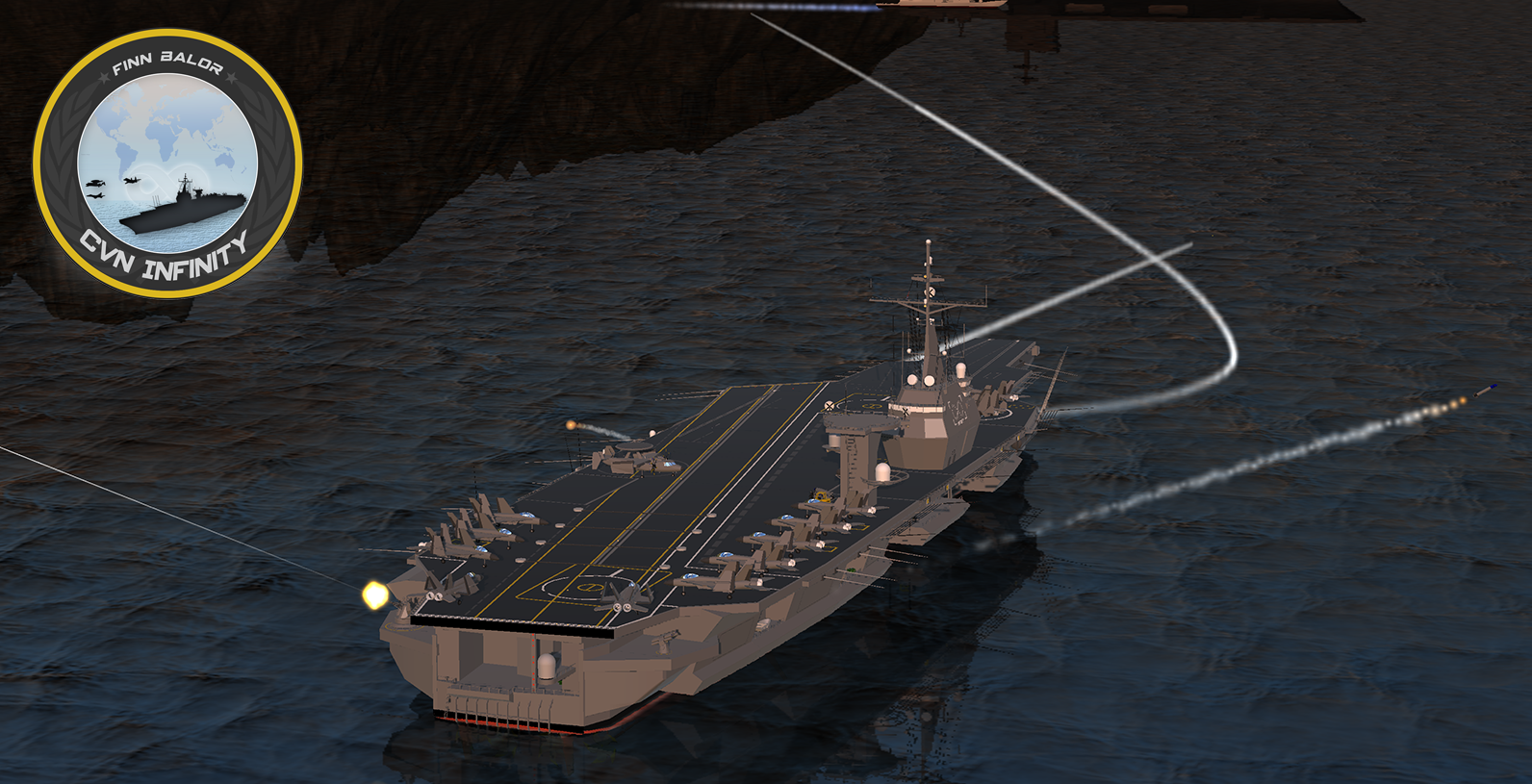 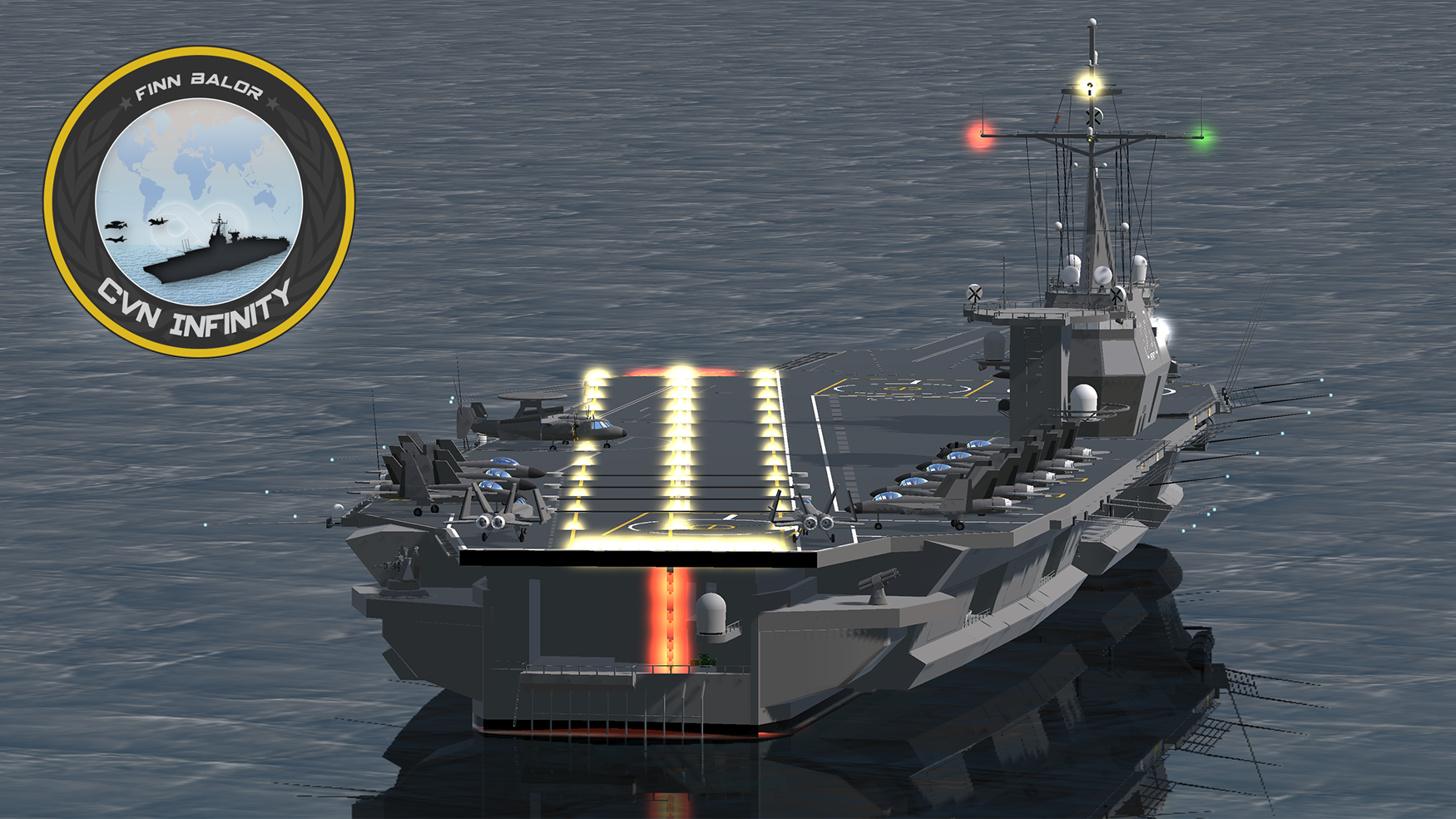 Q:Where is the barrier? How can I land?
A:You mean landing on this carrier? These planes are disposable, so are pilots. How can they land?(x),Actually I don't know how to do that either.As you can see,I didn't install functional barriers and ILS.I'm working with a friend to design barriers,maybe you'll see them in my next project.

Q:(Waiting for your questions!)
A:

I'll publish some of the equipments and decorative objects on Infinity separately soon,for those who want to build naval vessels.It'll take a little while.
Fighter-1
Fighter-2
AEW
Decorative F18 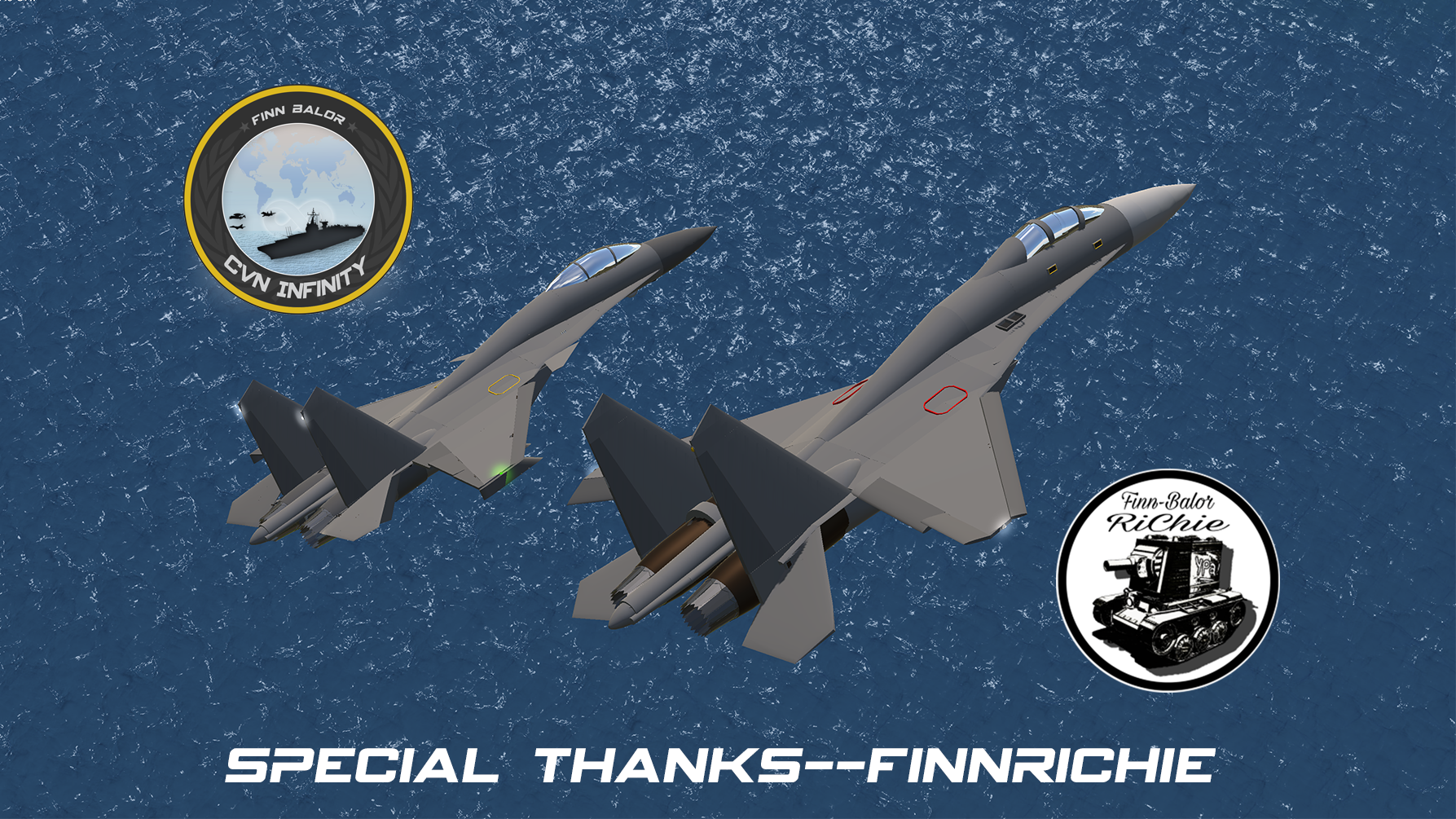 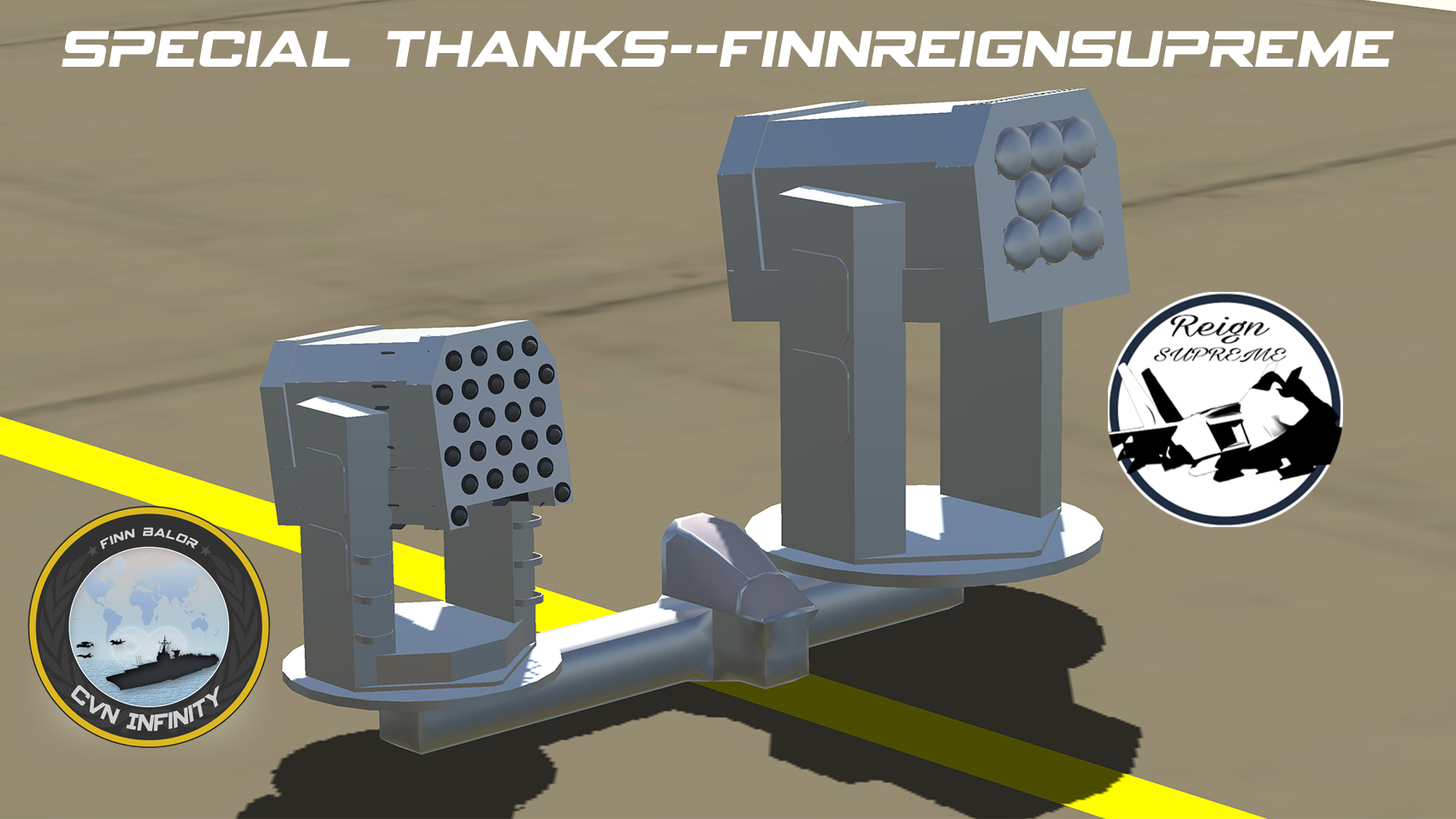 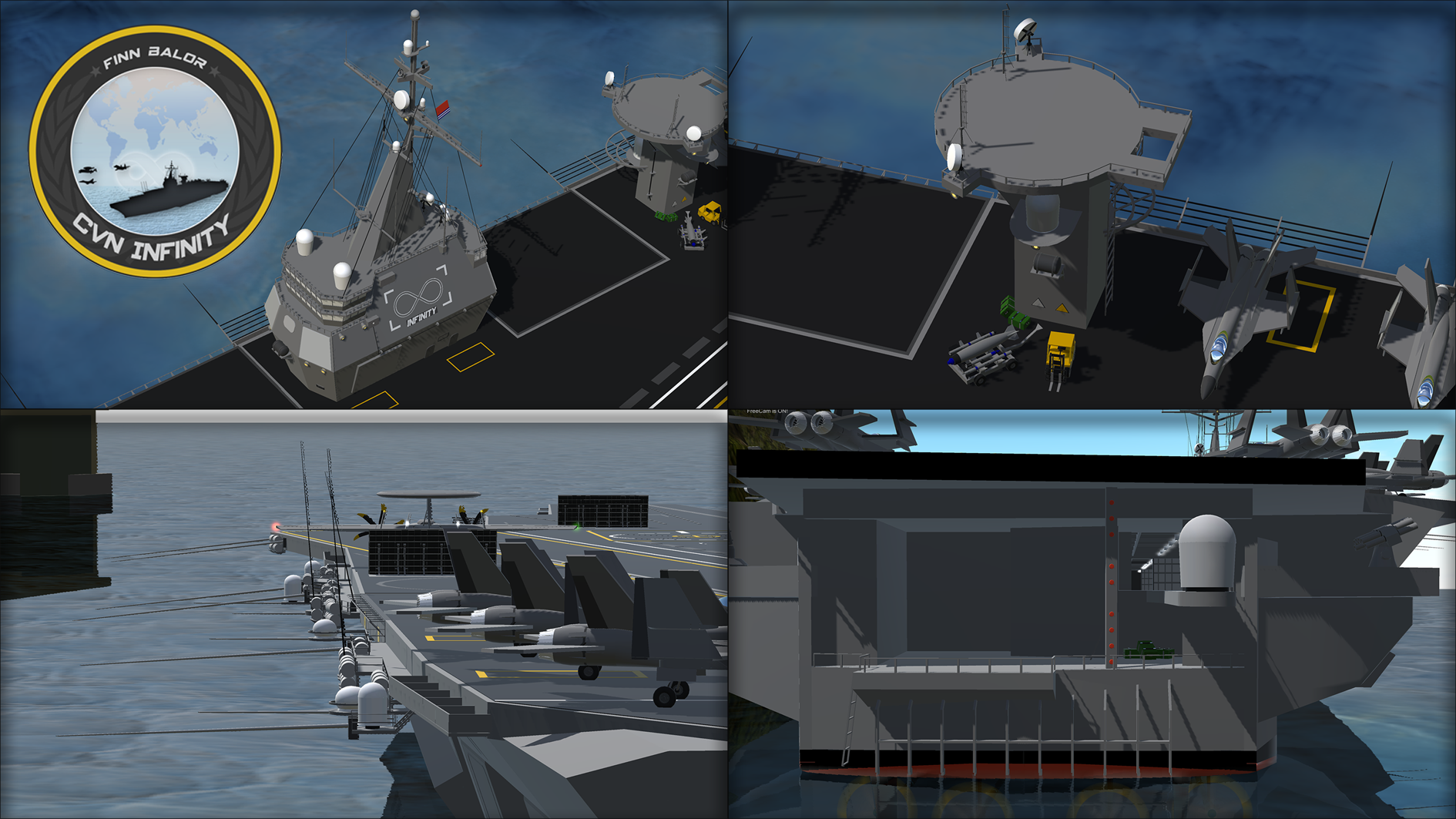 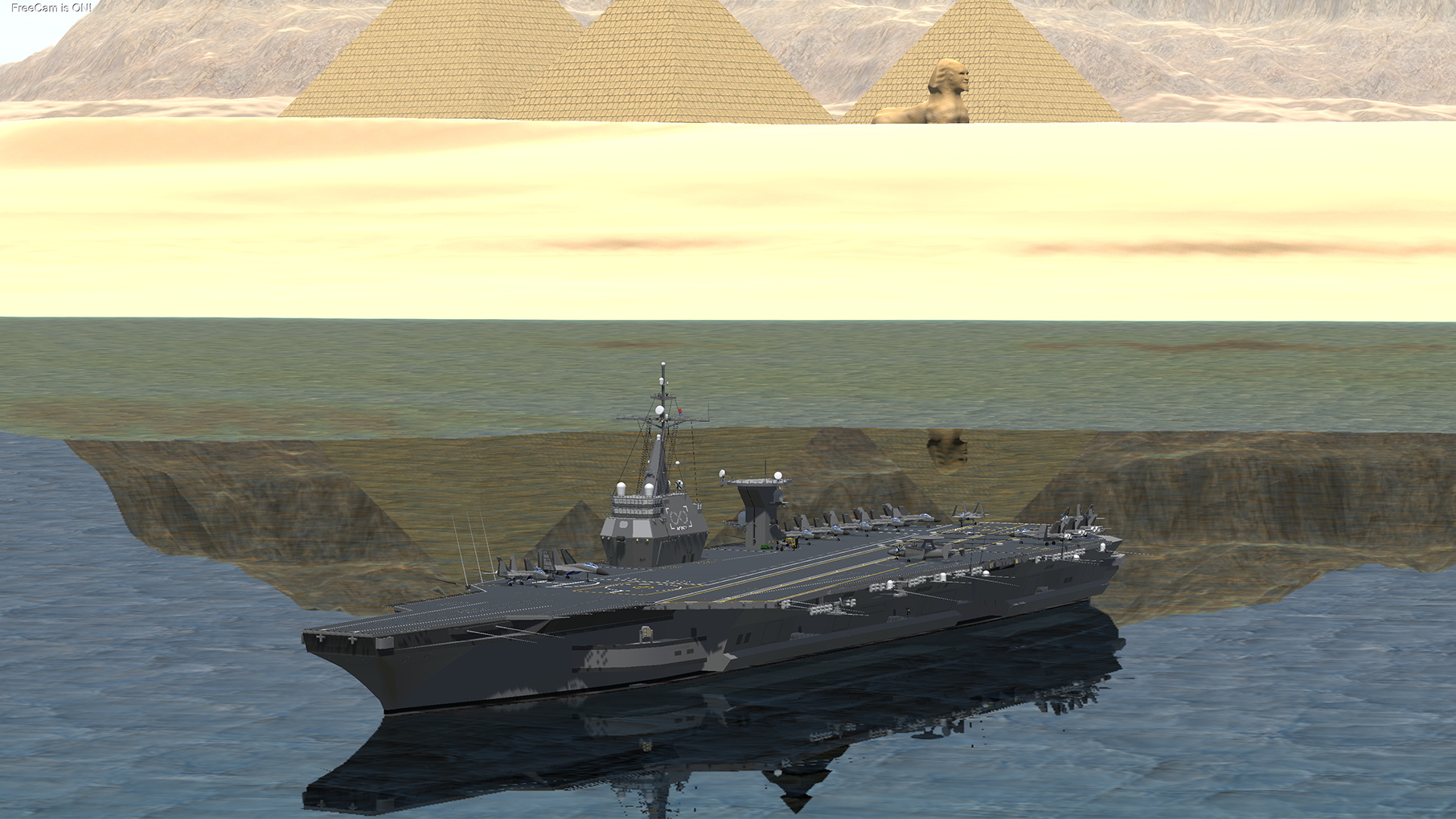 (Suggested if you can't run the Full version)

(Based on Full version,Removed some decorative aircrafts and objects on the deck,4270 parts)

(Based on x1,Removed catwalks and hangar installations,3586 parts)

(Based on x2,Removed much much much more parts,ASR,flare projector and portside AAM,2077 parts) 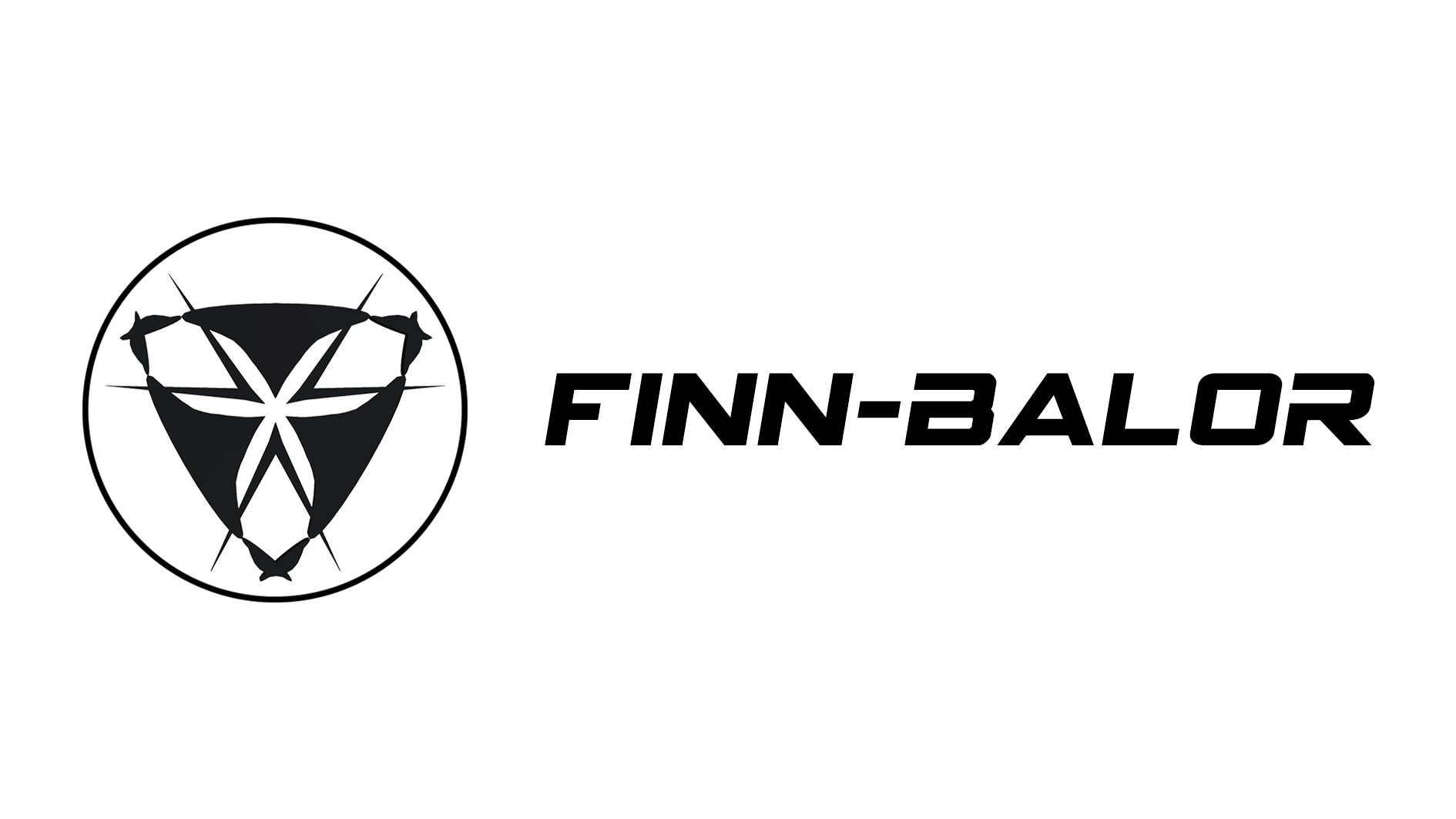 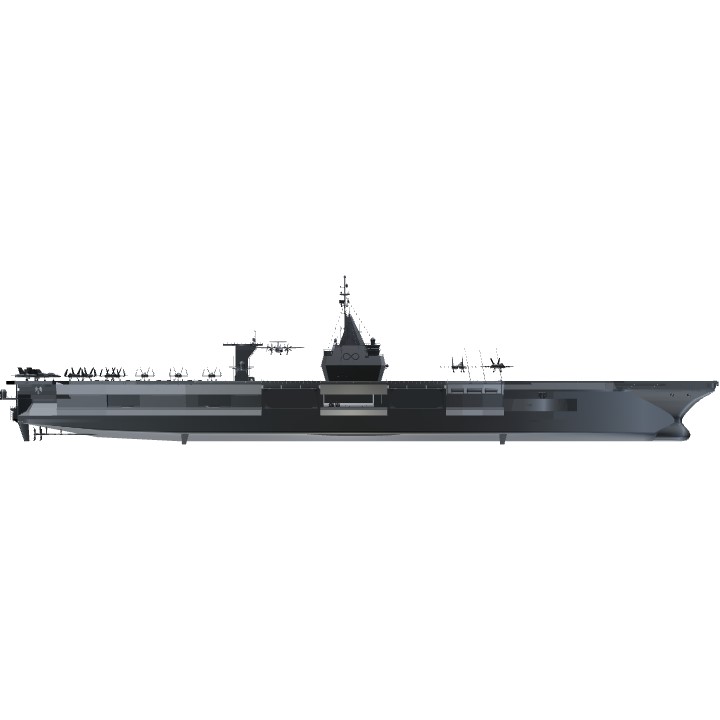 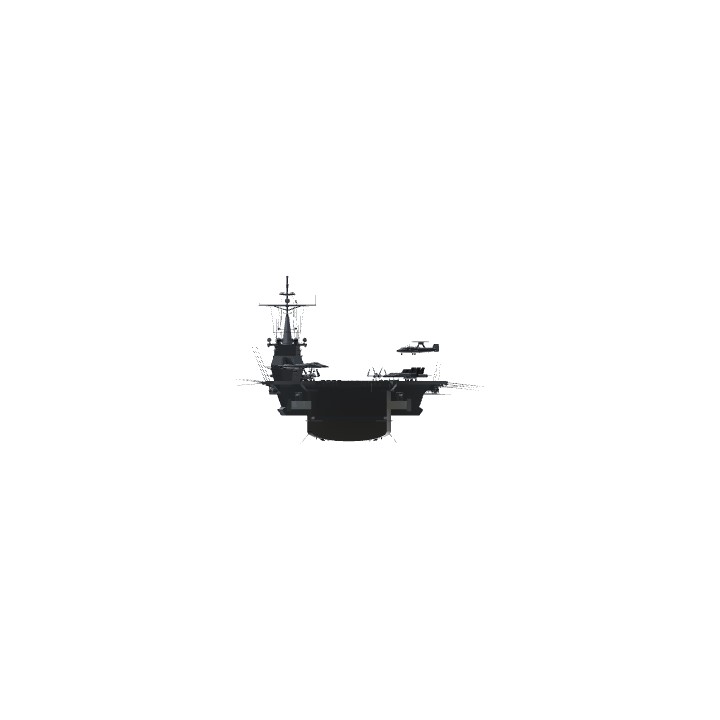