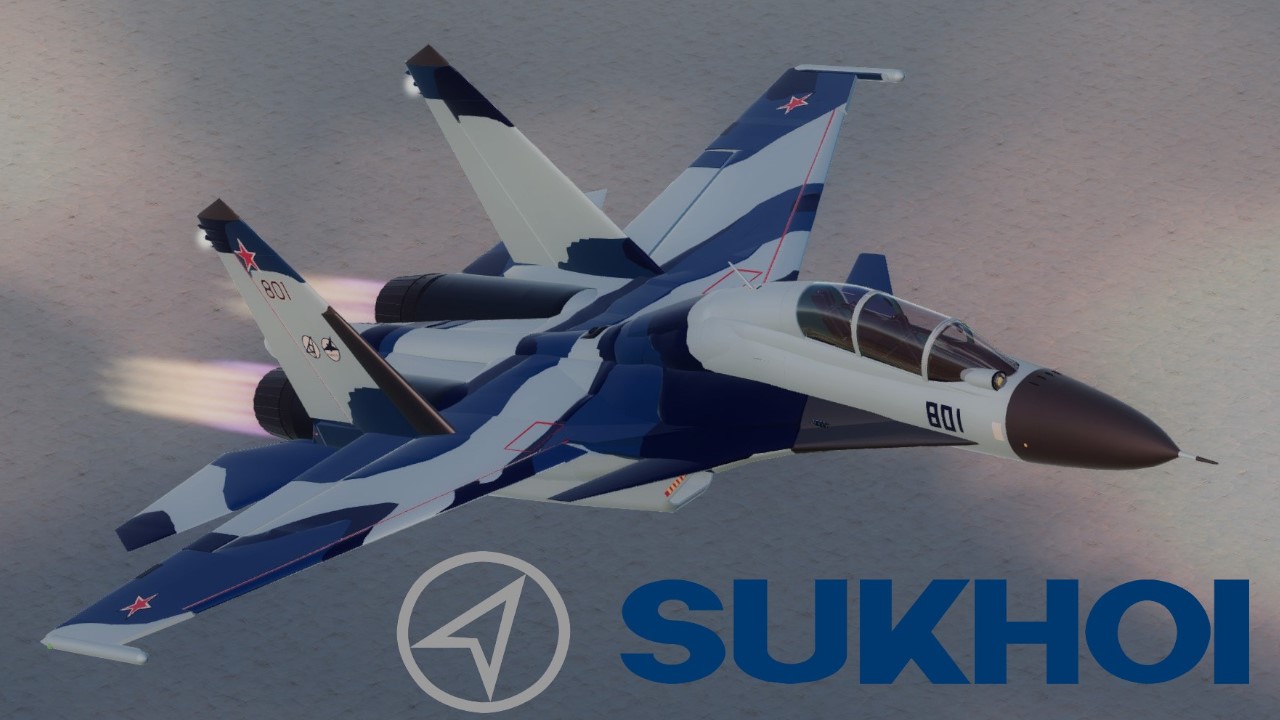 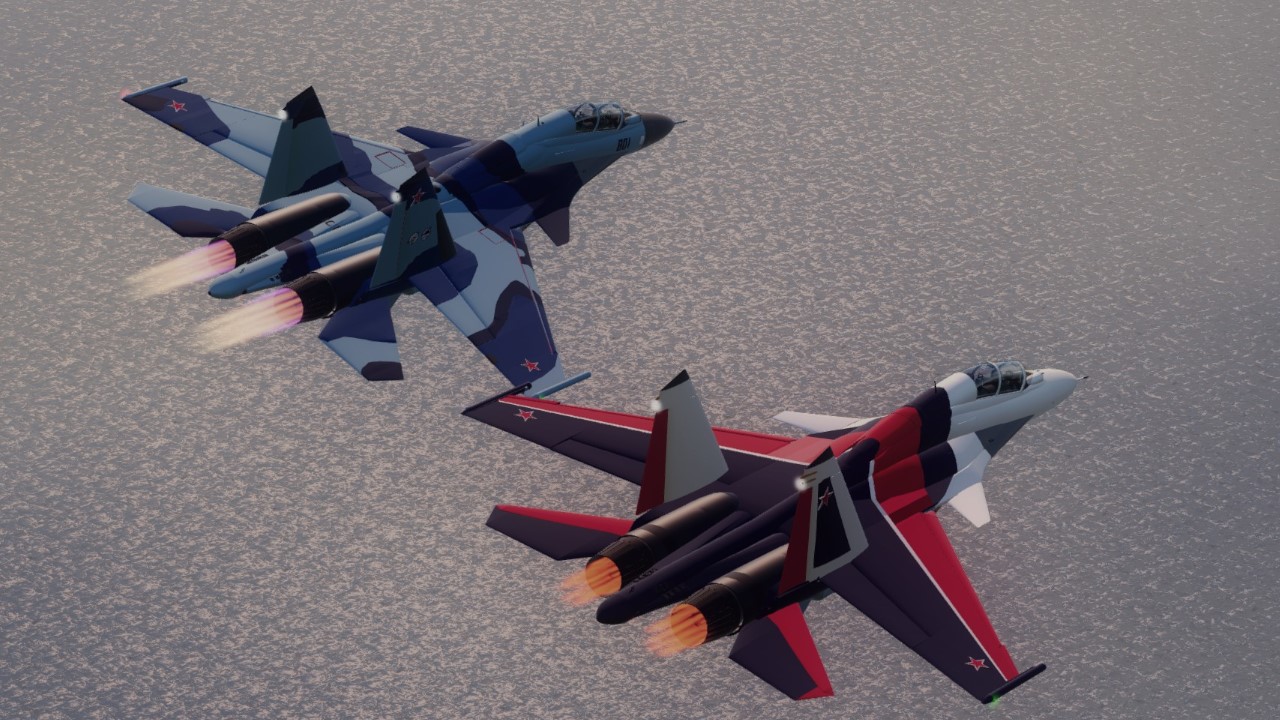 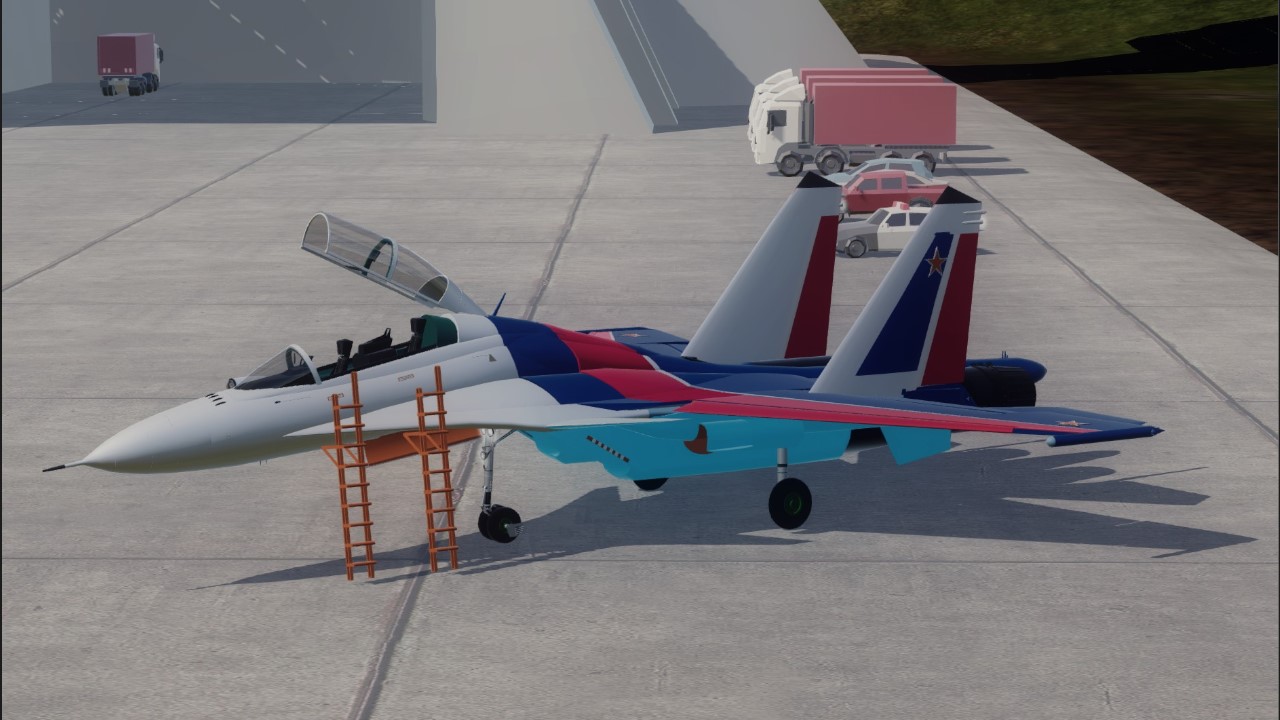 What is the SU-35UB?
The Sukhoi SU-35UB is a two seater variant of the 35 series. it has features from the SU-27M combined with Thrust Vectoring and was modified from an SU-30MKK airframe. Its maiden flight was on August the 7th in 2000. afterwards the aircraft served as an avionics testbed.

So.. it took me a while to perfect this aircraft as far as I can, This project started back in may 2020 and now its finally finished, but don't be fooled by the time spend on making this. It's still a bit wonky here and there but it'll do.
most of the aircraft was made before the update. I remade the whole nose section + some small things when the update came out. As a plus it decreased the part count by 150, which is nice lol.

Big Thanks to GuyFolk for giving me tips on how to make the PSM more smooth.

I also like to thank ALRX for lending me his exhaust nozzle feathers.

Also a big Shout-Out to the SPCS Discord server. They helped me a lot with FT codes, I'll highly recommend to join if you need help with your builds. 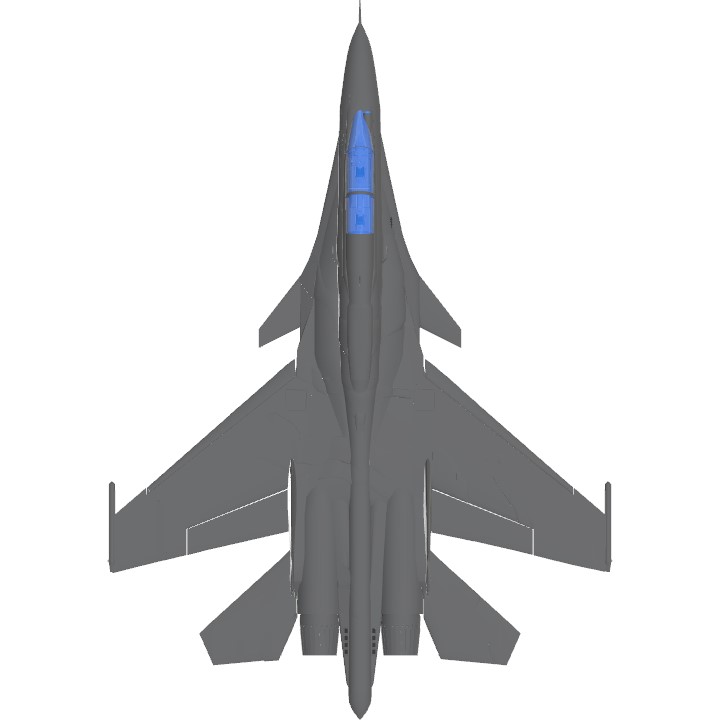 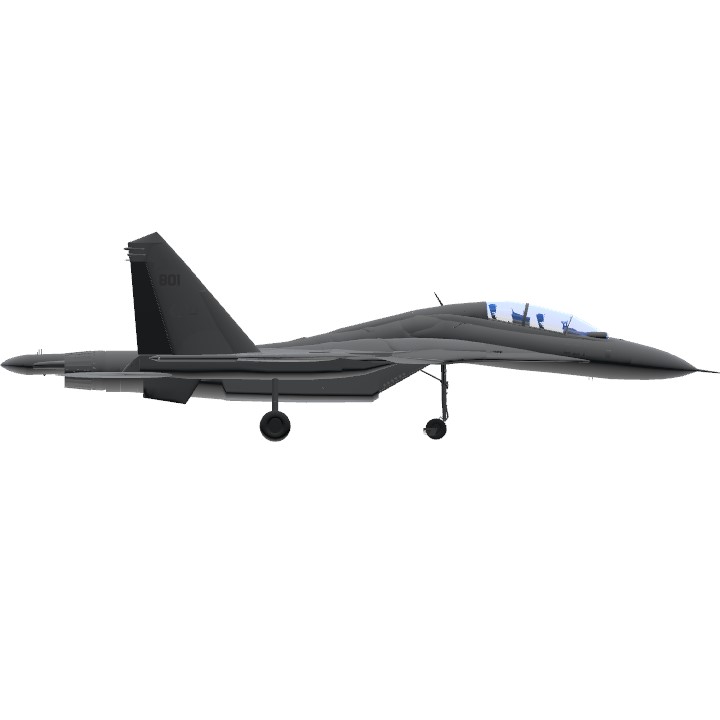 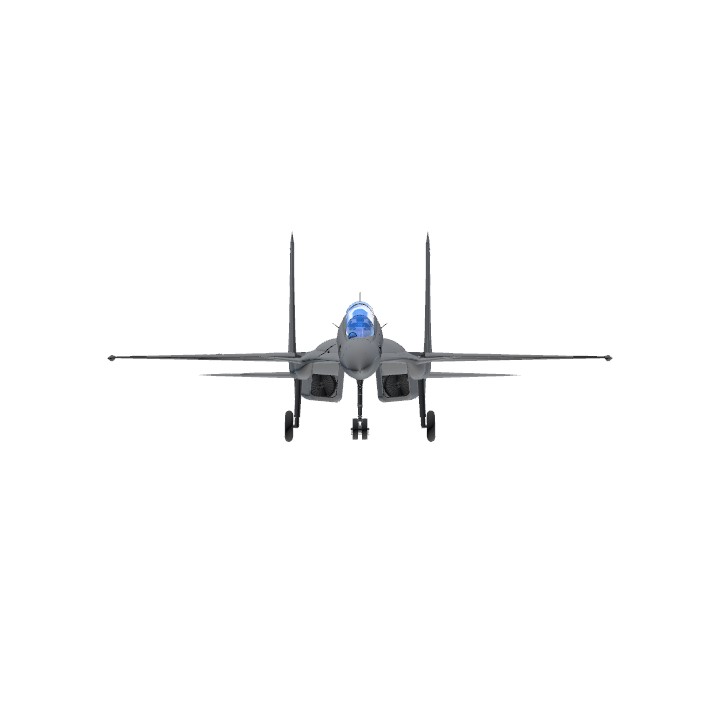