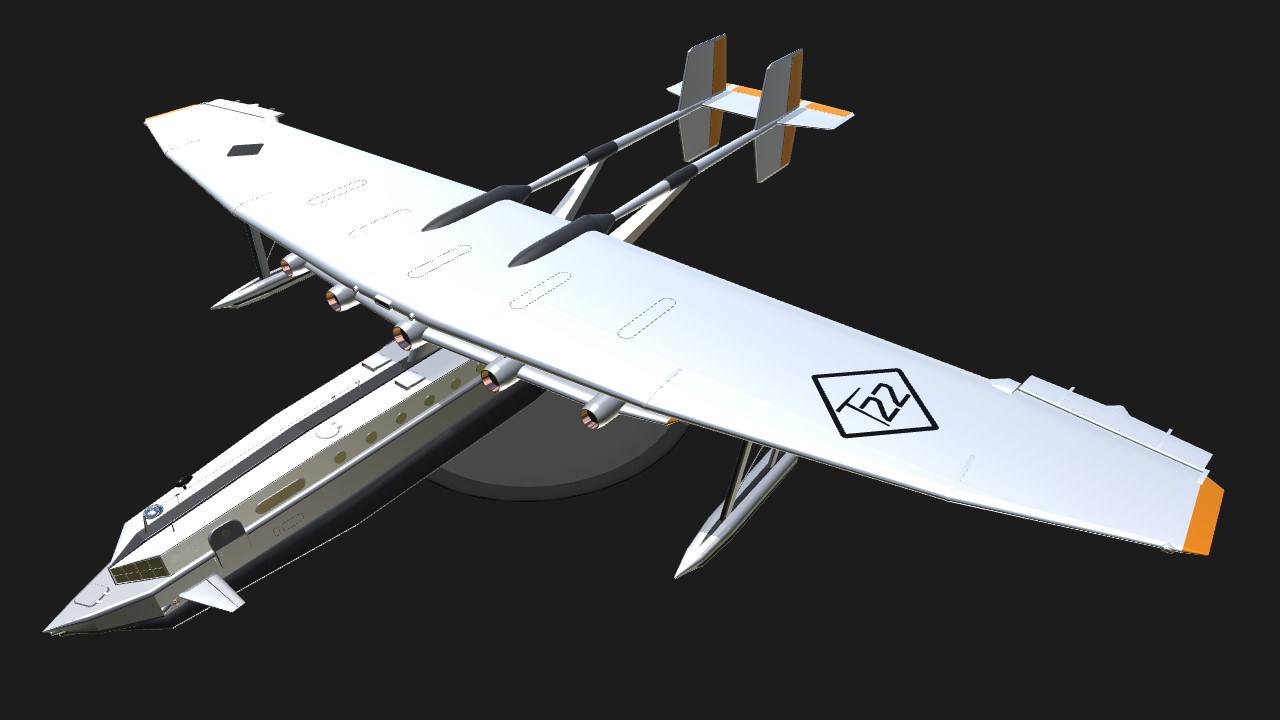 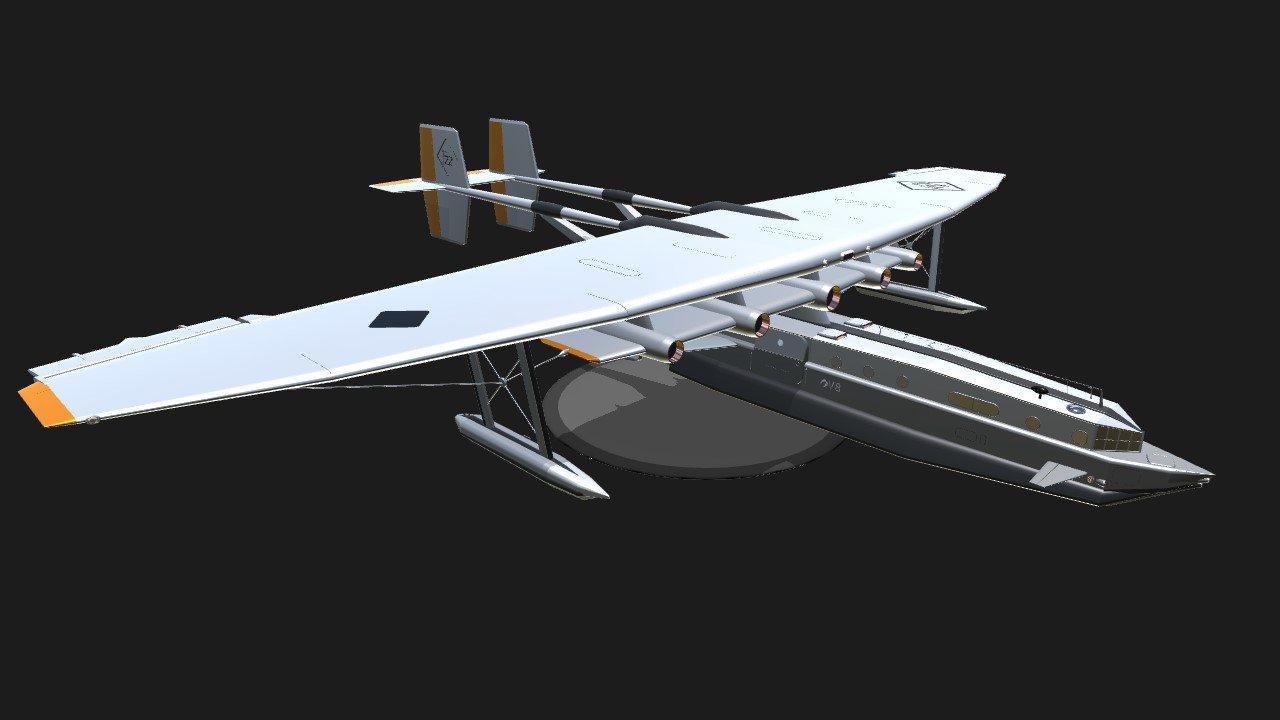 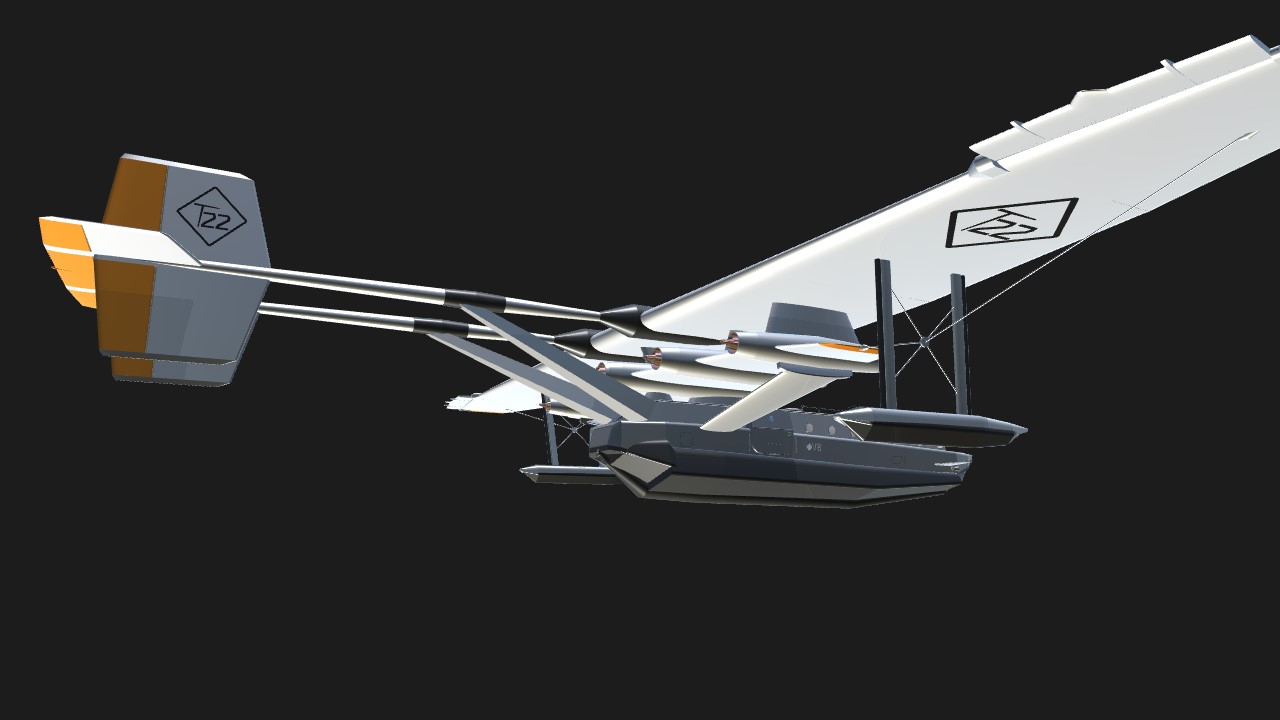 AG1 on. VTOL down half way to set canards. Apply full throttle and pull up during take-off run; unstick occurs at 160mph TAS. Once airborne, VTOL centre. Maintain 90% to 100% throttle for climb or throttle back and apply trim as required. Note that pitch authority is strong for take-off and landing; use gentle pitch inputs or adjust throttle and trim while cruising.

Use 15% throttle for descent and final approach. During descent, VTOL down fully to set canards and TRIM half way down. On touchdown, throttle off; hydrodynamic drag will slow the craft.

AG1 off, AG2 on. Use PITCH for forward and reverse, use ROLL to turn.

Varies according to mission type.

His Majesty's Aircraft “Steady Path” joins the 22nd Transport Wing to carry out long distance overwater flights for passengers, mail and cargo. The craft will be stationed at Hub 14 for regular missions to ports that have minimal facilities of their own.

The word “overkill” kept popping into my head on this build.....

Based (very) loosely on a picture I saw of a vintage flying boat but (very) heavily Treadified. 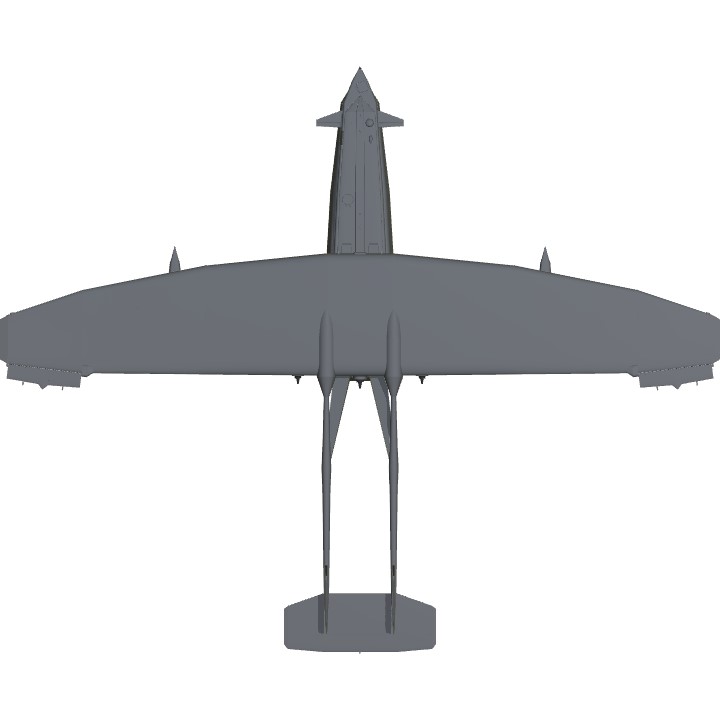 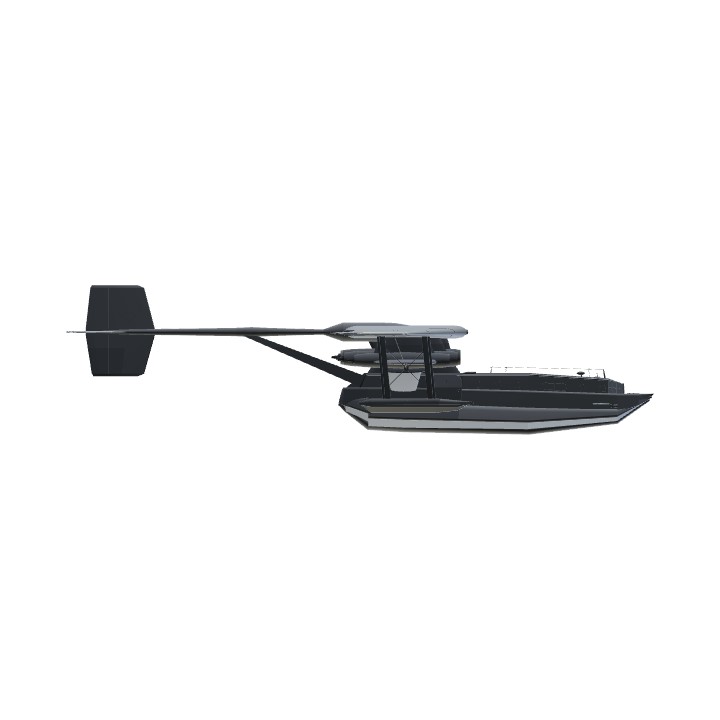 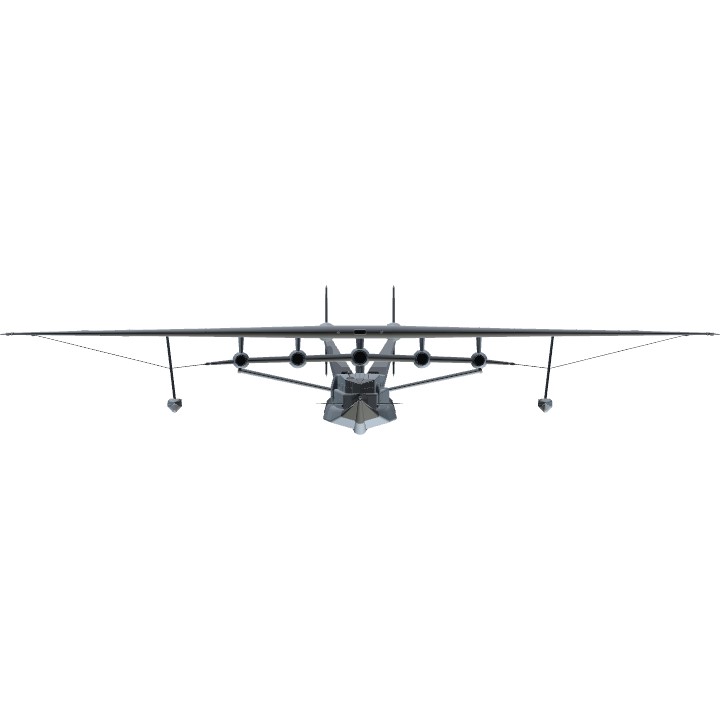