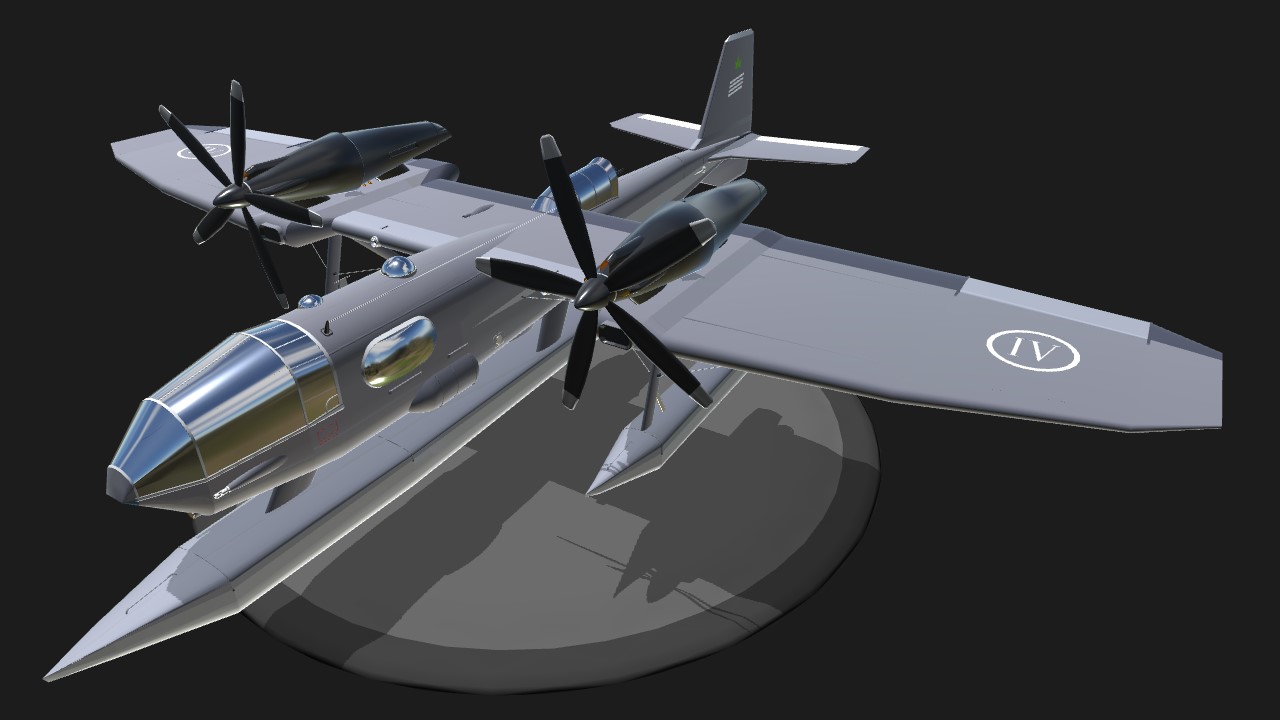 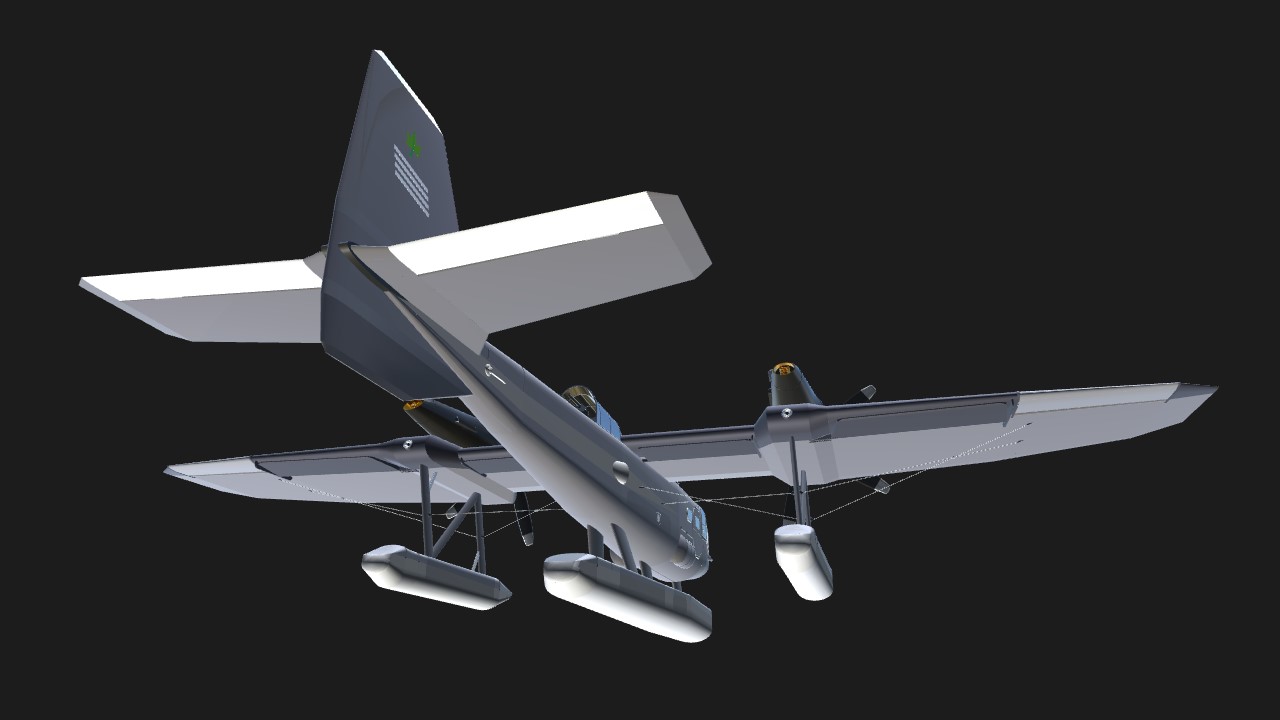 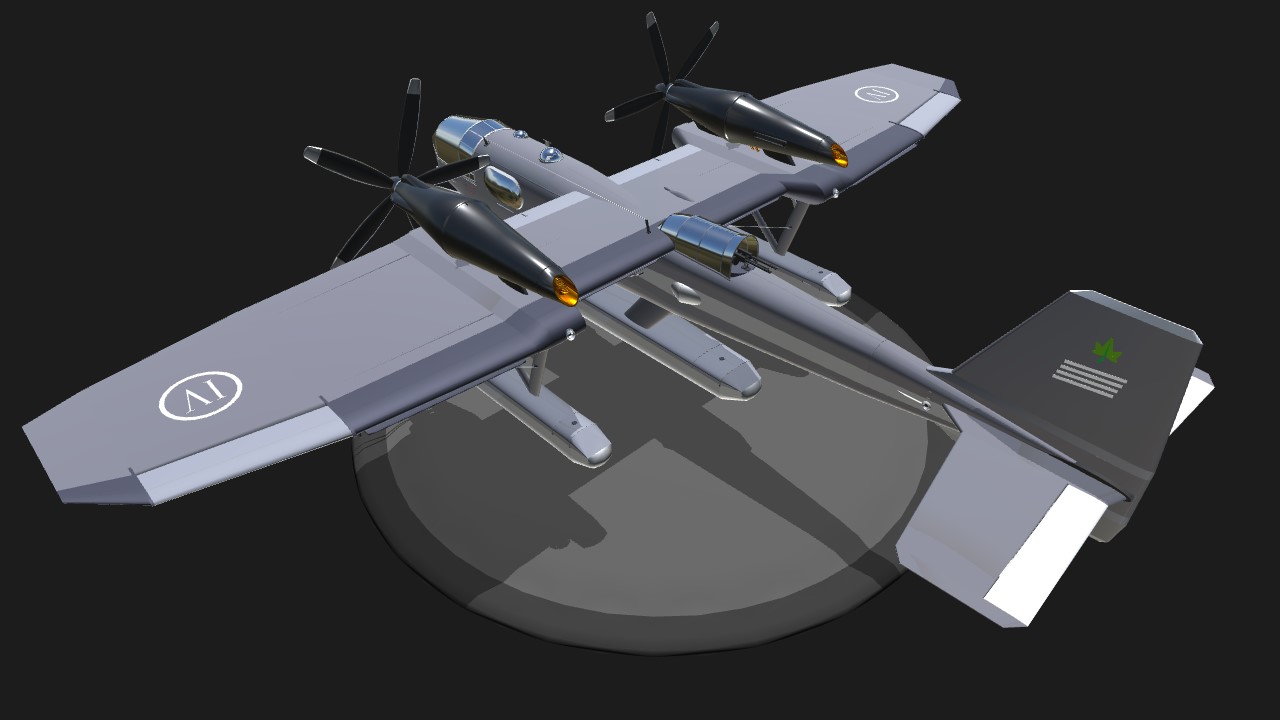 AG1 on to enable main propulsion. VTOL down half way to set flaps. Apply full throttle and pull up during take-off run. Unstick occurs at 160mph TAS. Once airborne and in a positive climb, VTOL centre to raise flaps. Maintain full throttle for climb or throttle back and apply trim as required.

Patrol sorties are usually carried out with 50% to 60% throttle with Trim.

Use 15% throttle and VTOL down fully for full flaps. On touchdown, Throttle off.

Built by Pilots and crew; engines supplied under anonymity agreement.

His Majesty's Aircraft “Friendly Vigil” carries out coastal patrol and search missions in regions of air superiority. The craft's short take-off run enables it to operate from lakes and other straight bodies of water as well as its normal sea-launched missions, and it’s roomy cockpit provides good visibility for the pilots.

The mission brief for the crew is to avoid hostile encounters where possible but if this is unavoidable, the craft has 2 fixed defensive machine guns firing forward and a further 2 rear firing guns on a flexible mount in the observer's position. Combat strategy is to fly as low as possible thus making diving attacks by enemy fighters difficult and dangerous.

The Craft will operate from Coastal Garrison IV as part of the “Ivy Squadron”, keeping the region's waters safe.

It's supposed or be an ivy leaf. Any resemblance to a maple or cannabis leaf is unintentional.

It’s possible to hit the tail section with the rear machine guns so I have increased its health so it won’t disintegrate completely each time.

So a genteel return after a planned break from building. I concentrated on a stability, a short take-off run and decent handling for landing and, as I may have said before, I love seaplanes and flying boats! 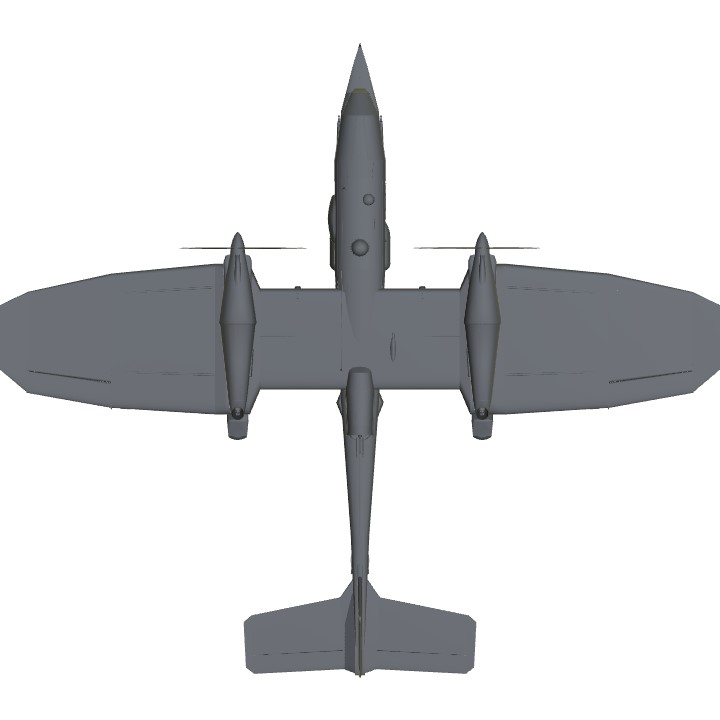 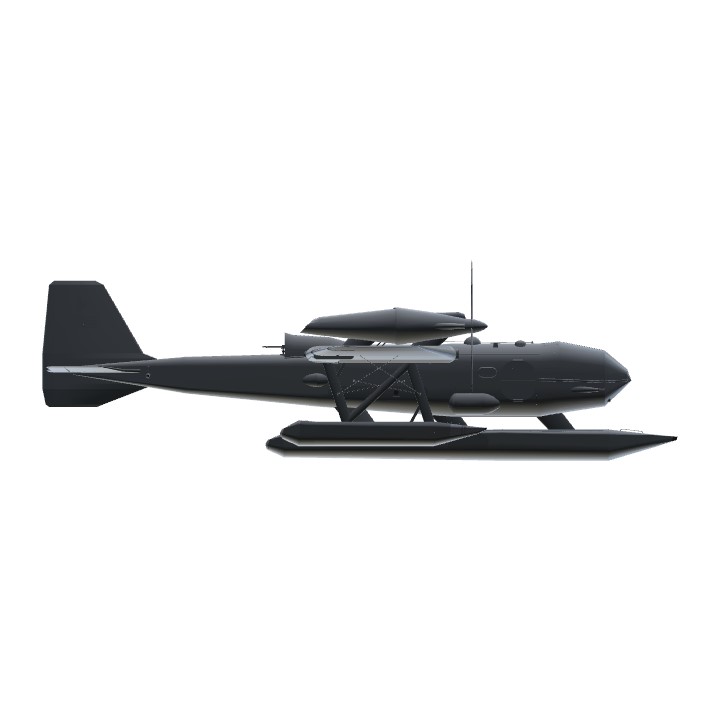 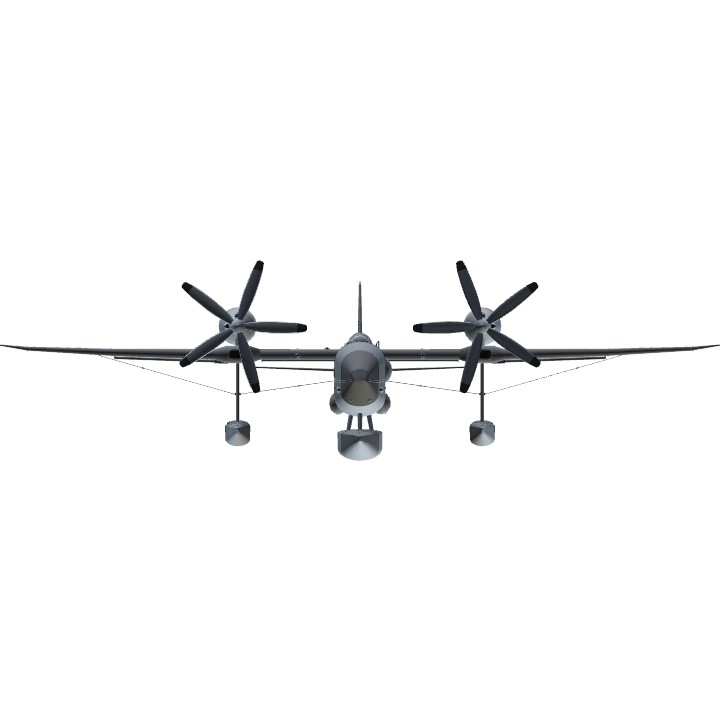