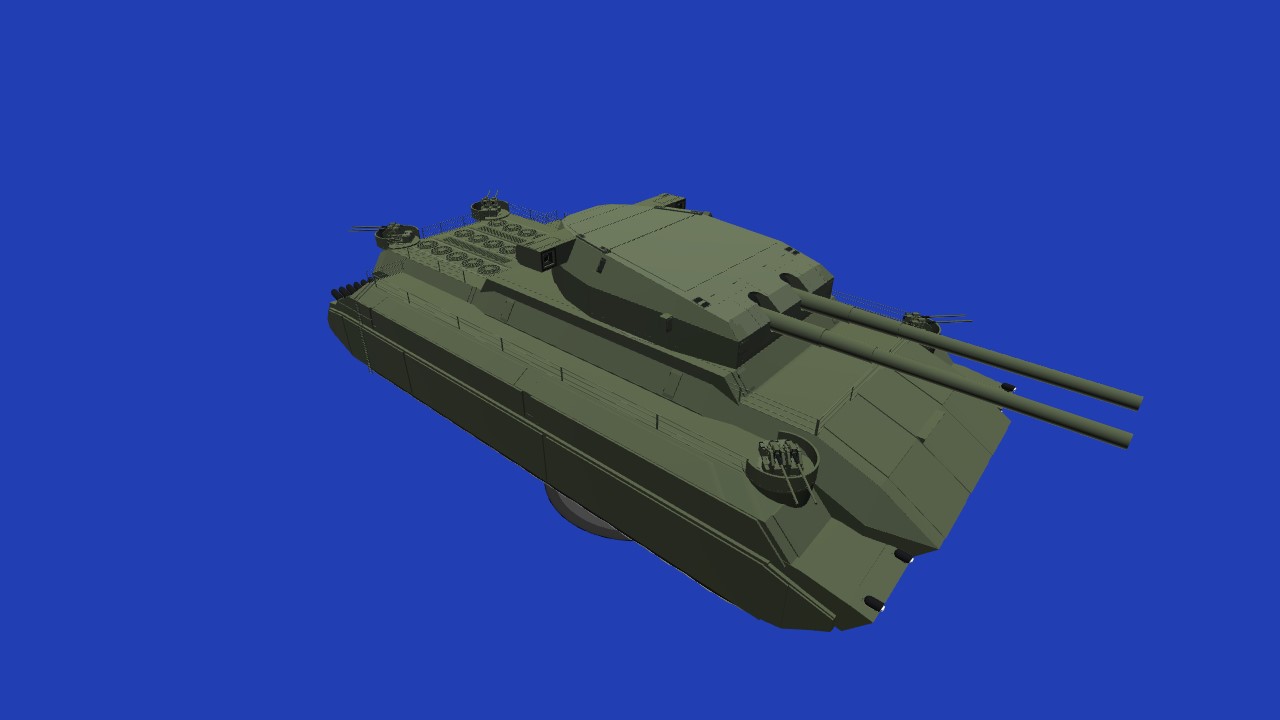 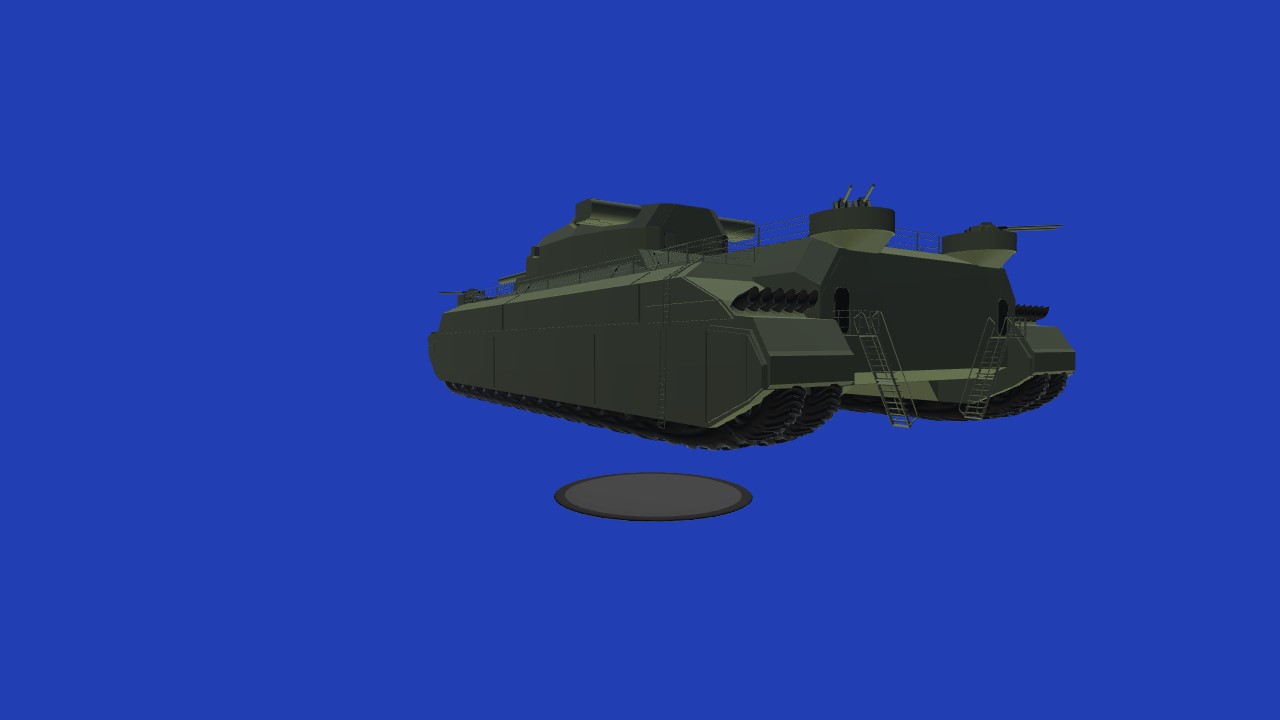 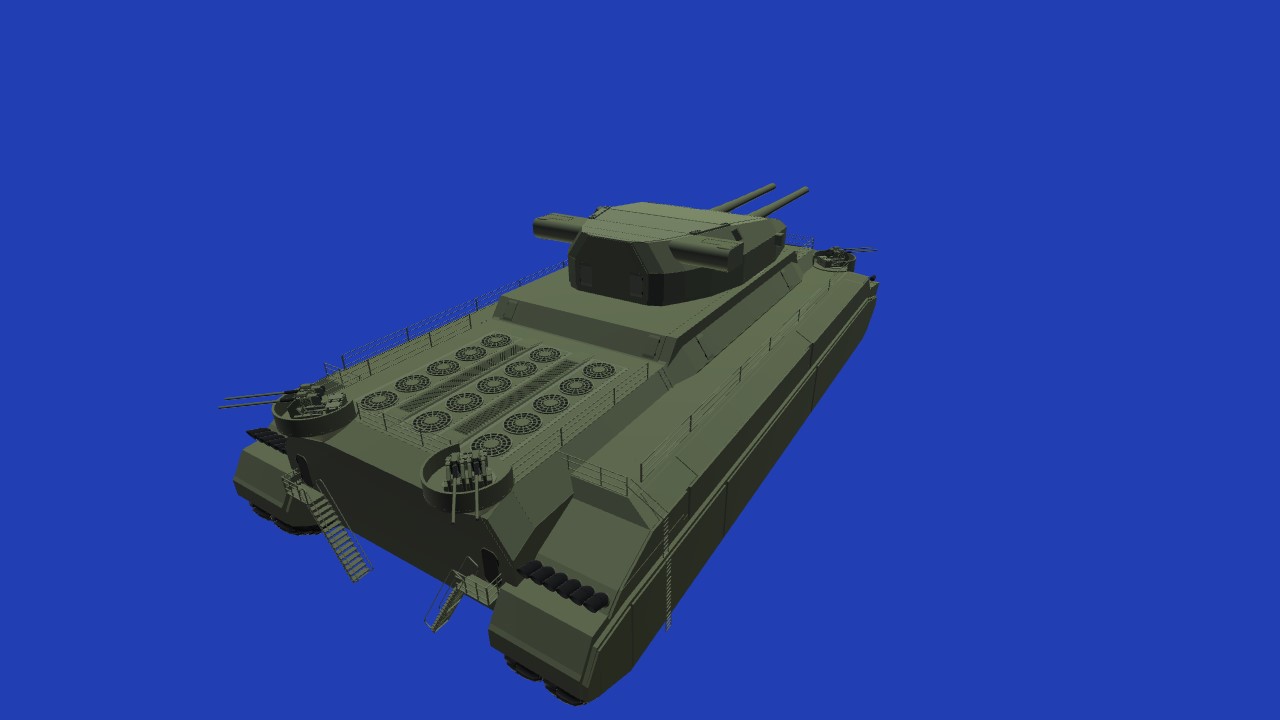 The V.1200 Balkrjog were super-heavy tanks/mobile turrets/land cruisers of the RNVA. Built around modified turrets of a cancelled Queen Arabella-class battleship, the Balkrjog were the largest and heaviest combat vehicles ever constructed by the RNVA.
The Balkrjog’s main armaments are twin 508mm/42 caliber guns taken from a cancelled QA-class battleship. Two guns were removed to make the turret lighter and for a more compact ammunition loader to be installed. For AA purposes, it has eight 76mm guns. It is crewed by more than 100 personnel.
The lack of defensive armament of the Balkrjog is compensated for the fact that it never left friendly territory and was used as a mobile coastal gun, with friendly aircraft and other AA units always protecting one.
Due to the massive size of these lads, engine overheating, transmission and suspension breakdowns were frequent, with them being a popular attraction to townsfolk when one gets stuck near a town.
Balkrjog Unit 03 was sent to protect Southern HQ but got stuck in the mud. It was turned into a bunker and a gas station for other vehicles.

A simple, super-heavy tank inspired by the P.1000 Ratte. Built it in a day that’s why it looks so basic.
Enjoy
-UC 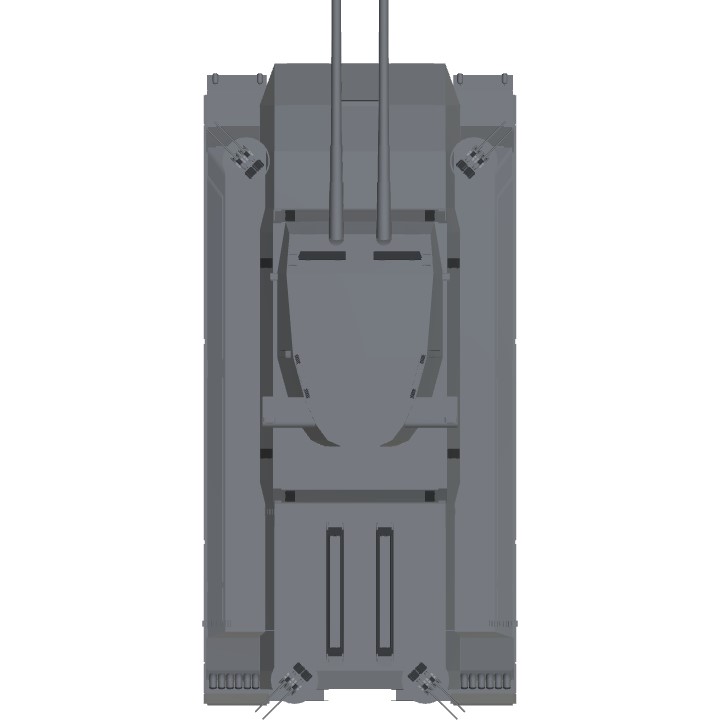 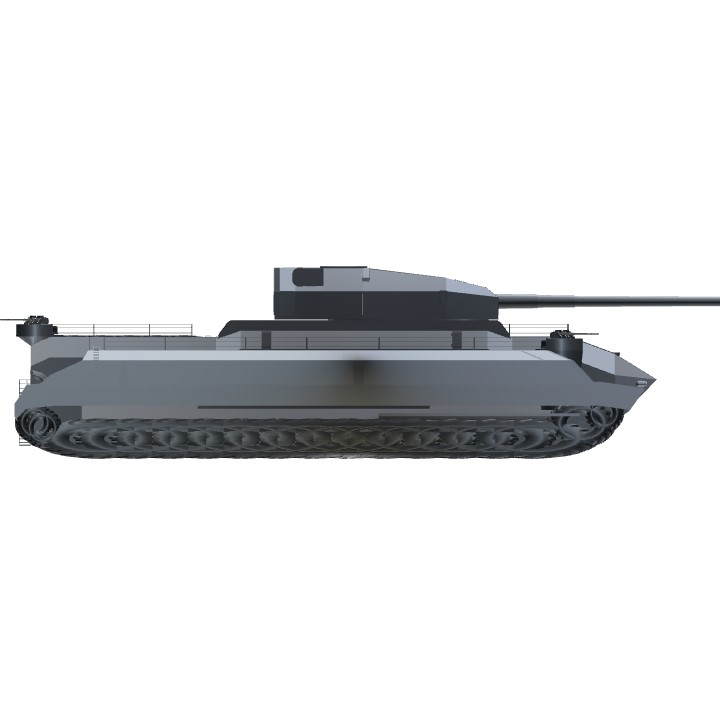 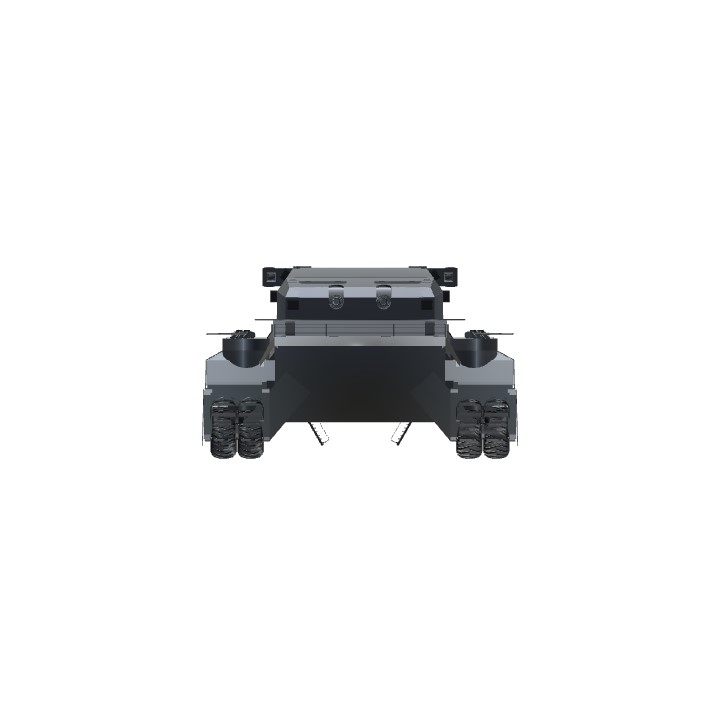