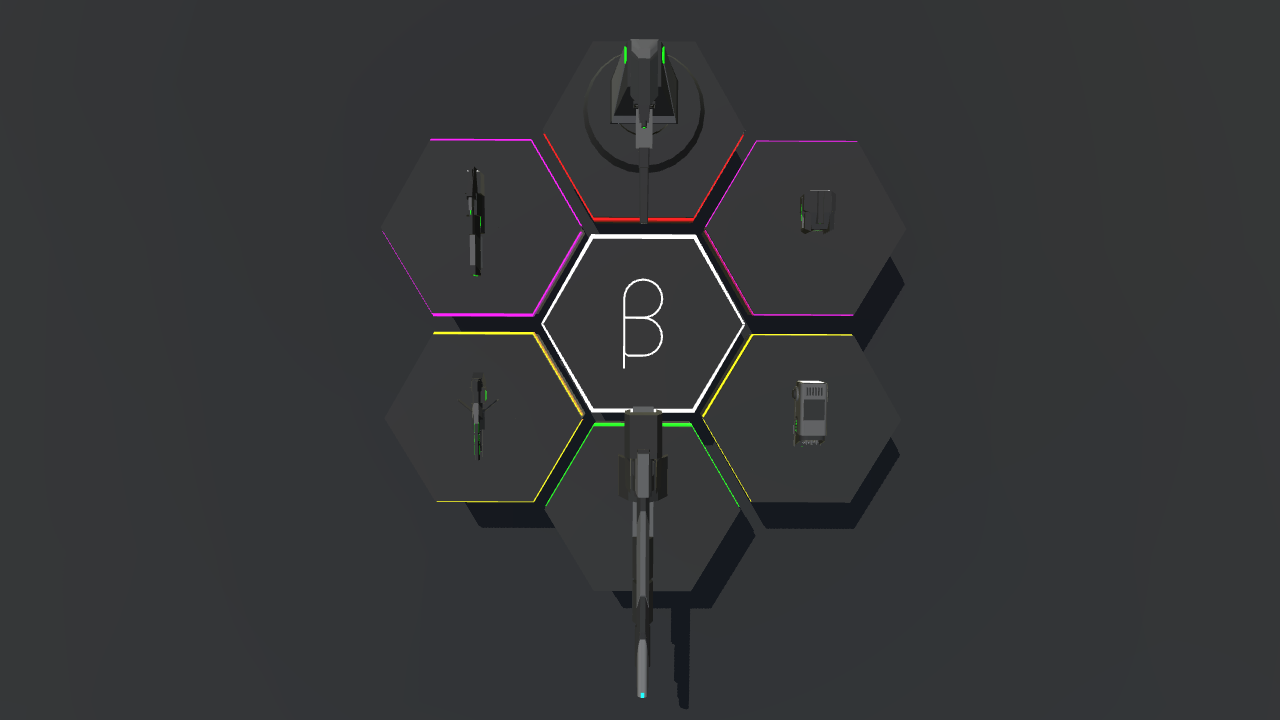 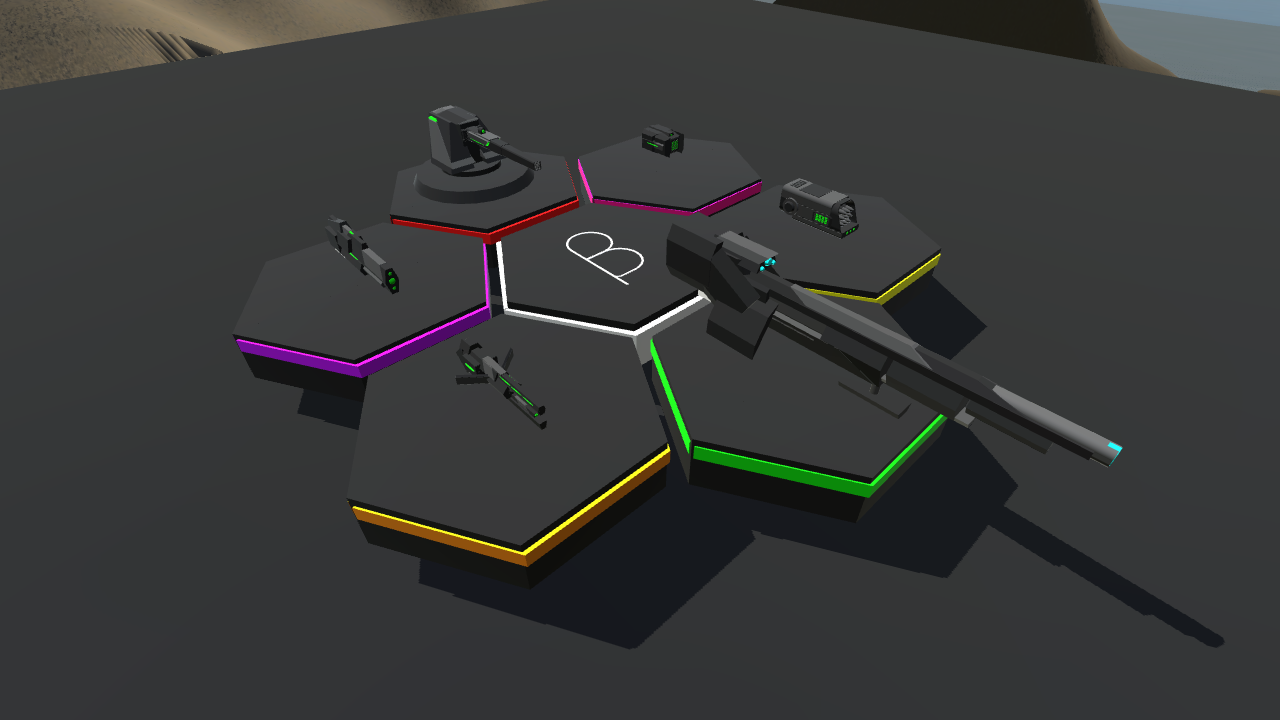 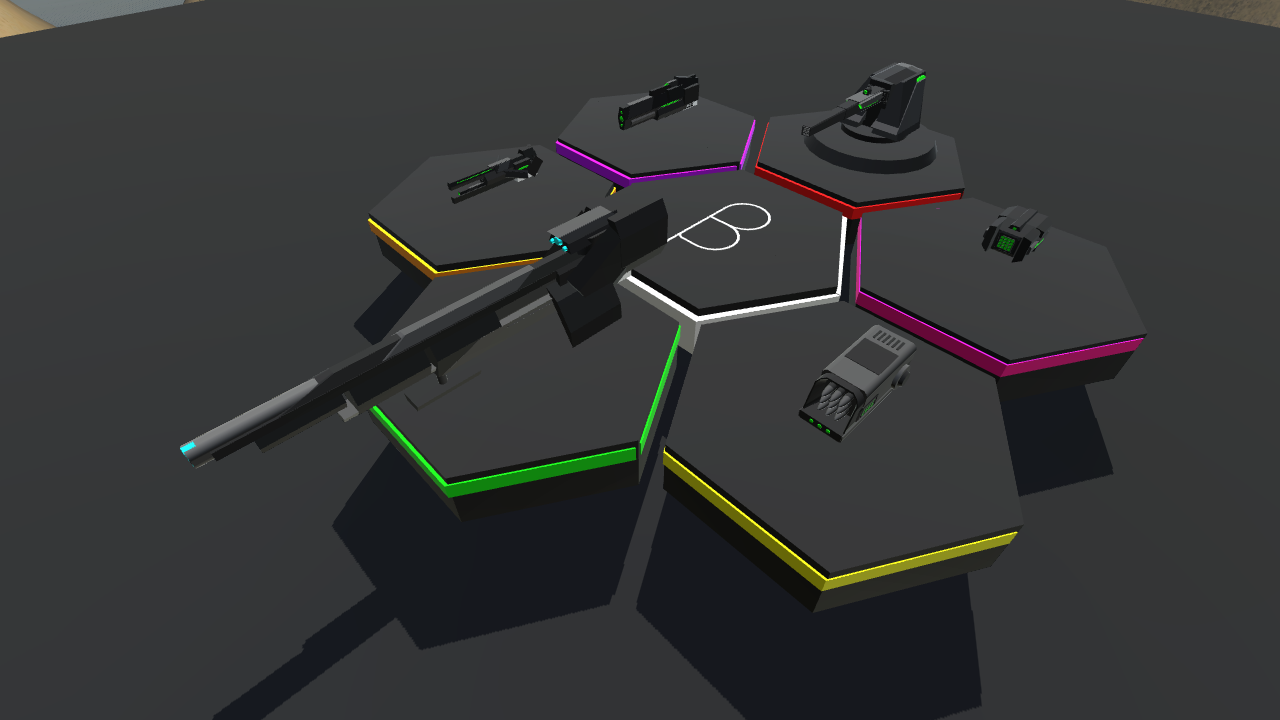 Some parts for you to use. I appreciate credit, but don't stress it!

A New Format!
I used to upload weapons collections (Which I call Generations) as forum posts that included links to an assortment of individually posted weapons. These individual weapon posts were not unlisted. Was that spammy? Yes. Now, I post months’ worth of such posts in a single upload. While these are subassembly posts, I have put a considerable amount of effort into them. I hope you enjoy my new format!

About Collections. Skip if you just want to get to the weapons.
Collections are uploads that include multiple subassemblies for you to use. I upload these to catalog my weapon subassemblies, to direct people to a weapon that they are looking for, and, of course, to share my work! These collections will often include links that will direct you to additional unlisted uploads that include more weapons for your use. These additional uploads are necessary, because only one variant of a modded missile can be included in a single upload. For example, I have three cleaver-based weapons in Generation Beta, and therefore need 3 total uploads.

And Now, Generation Beta
Generation Beta resulted from the refinement of concepts discovered in Generation Alpha. These weapons are more functional than their predecessors, and most were designed alongside a specific vehicle. As a result, the upload that you see includes many weapons that were ripped from some of my most advanced military aircraft. Design was refined, but technology expanded too. Missiles have been modified to instantly lock, damage on gun-based weaponry has been increased, and Vortex-Based Weaponry has been greatly improved. Cleaver-based weapons (Quantitas) saw great prominence in the generation too, and now rival the power of the Vortex Cannon.

What’s Included
Zoom into the picture if its too small! Attachment points are colored WHITE!

”Projectias” Flare Gun
A more refined flare-based weapon. It was mounted on the Archangel Patrol Boat. Pitch and Roll move the turret, and launching flares will fire it! It is bound to activator 1.

Vortex Cannon III
The third generation vortex gun was first included in Solaris Vagus. It boasts six rounds in an ultra-compact package. As a result, Vortex cannons remain viable, even with the existence of advanced cleaver-based weapons. Fire it by dropping a boom 50.

Tandem Repeater
The signature weapon of Solaris Vagus. A heavy gun-based weapon that will deal some heavy damage. Optics are included too! Use it like any gun.

GodRender II
King of beam weapons. Featuring a variable repeater design, high damage, and a high rate of fire, this weapon was created exclusively for taking down capital ships. It was featured in the Harlequin ACB. Press activator 1, and then fire it like any gun.

Quantitas Launcher
Dumb-fire cleavers. Pretty nifty. They work like rockets, but have the power of a cruise missile! As a result, they pack a ton of power in a compact space. These missiles and related weapons rival vortex cannons in prowess on the battlefield.
How to use:
1. Select Air-To-Ground, and select Cleaver.
2. Get within range. Max range is 1.2 miles.
3. When you are in range, the enemy will be instantly alerted of your presence. The cleaver will instantly lock.
4. Ignore that lock. It doesn't matter. All fired cleavers will go straight, and do not home in on their target. They work exactly like dumb-fire rockets.
5. Aim your gun crosshairs at the target, and launch the cleaver. It will travel to what you aimed at, just like a dumb-fire rocket.
6. Observe the resulting chaos.

REFLEX Missiles
Simple, deadly, and easy to use. Instant locking, but they have reduced range. The missiles themselves can be simply strapped onto anything, but I made a nice little array for you. These missiles are used in many builds, but the array was used in Solaris Vagus. To use it, fire a guardian or an inferno!

Quantitas PRIME
Download in the SECONDARY UPLOAD!
The successor of Quantitas. It functions between a rocket launcher and a cannon, as it launches rockets at an extremely high velocity. A signature of the SUNBURN Fighter, this weapon also has an aim-assist function.
How to use:
1. Go to air-to ground, and select Cleaver
2. A very small reticle will appear, when the enemy is in it, a lock is instantly made.
3. When the enemy is in the reticle, launch a cleaver!

ANANSI System
Download in the SECONDARY UPLOAD!
Guardian missiles that, if selected, will make the enemy fire off all of their countermeasures. Its pretty much just a missile with a very long range, and a 360-degree locking angle. Don’t launch it though! These missiles have been gutted, and only the targeting remains. This interesting system was included in the Axiom of Luxury. To use it, simply select guardian, and hold your lock until the enemy has spent all of its countermeasures.

AA Vortex Cannon
Download in the TERTIARY UPLOAD
A vortex cannon with airburst capabilities. Instead of a bomb, it uses a cleaver missile as its core. An advanced weapons system with targeting assistance, it was the signature weapon of the Axiom of Luxury.
How to use:
1. Go to Air-to-air, and select Cleaver
2. A small targeting circle will appear. When the enemy plane is in this circle, launch a cleaver or two.
3. Max range is around 14.5 miles. The cannon preforms best at long range. 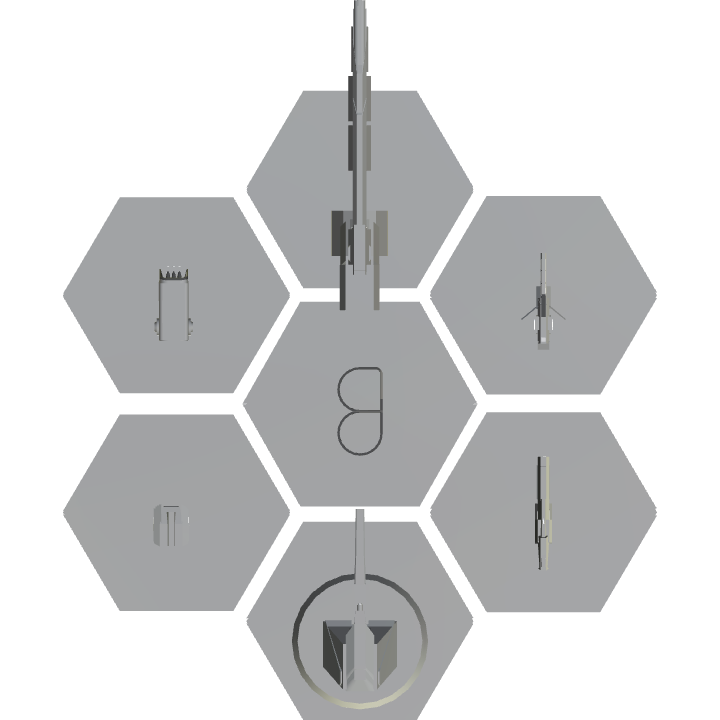 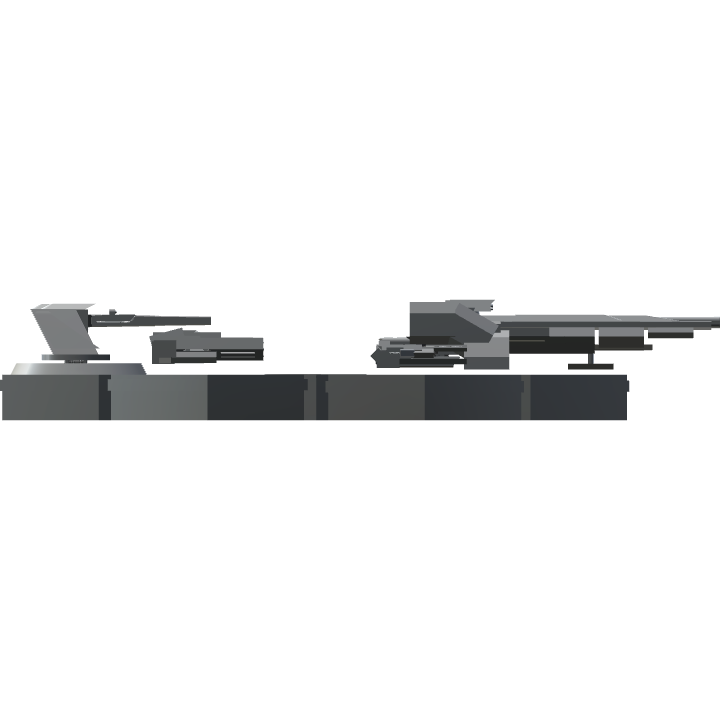 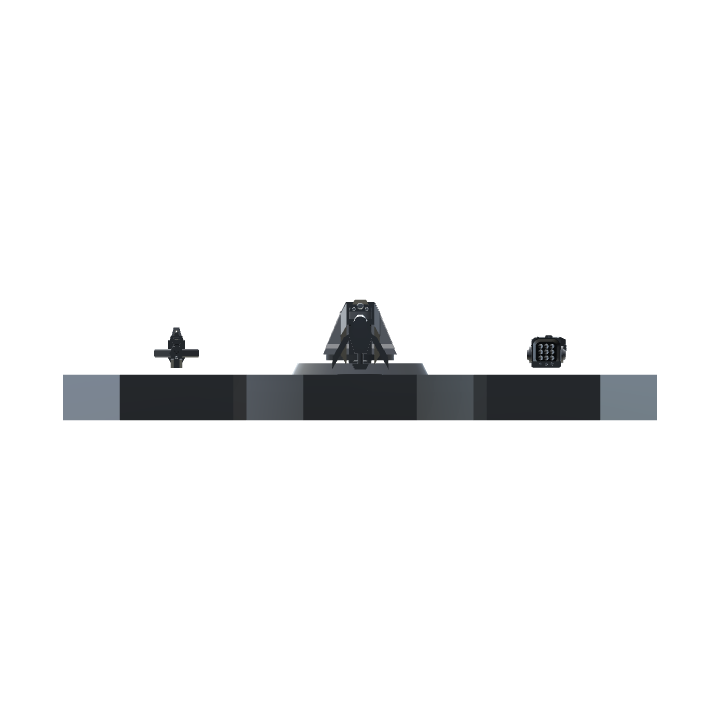