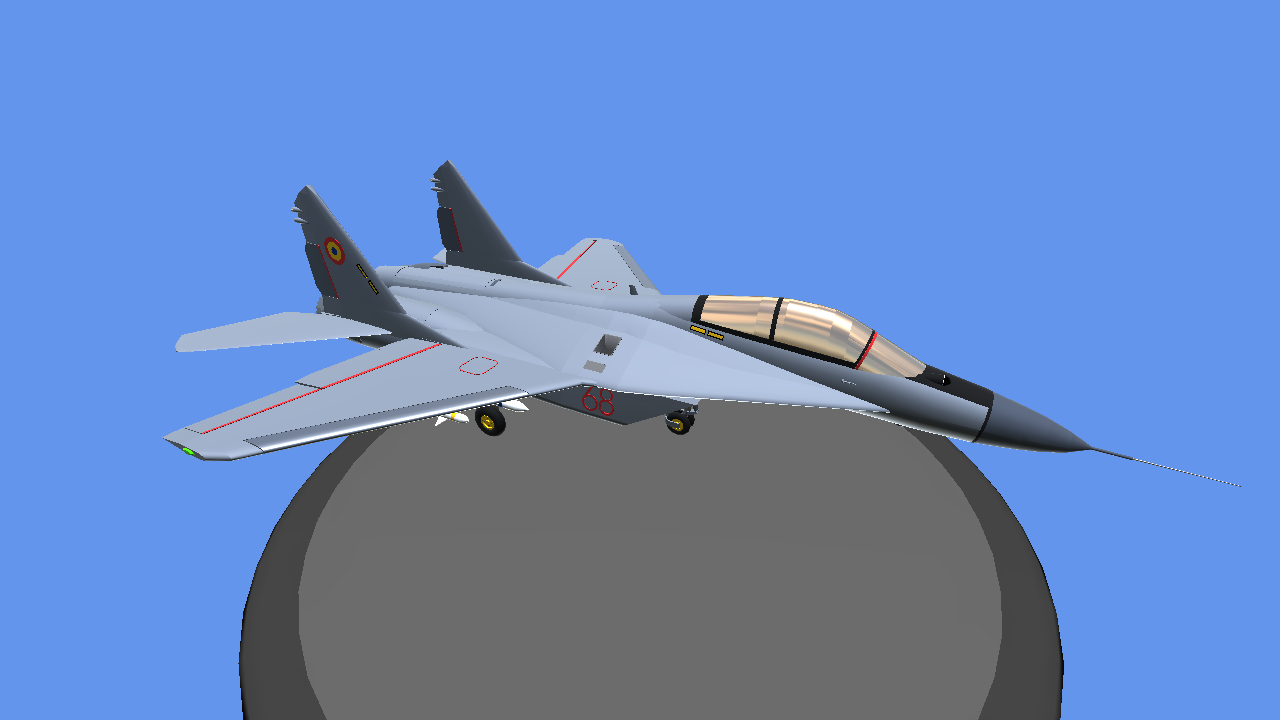 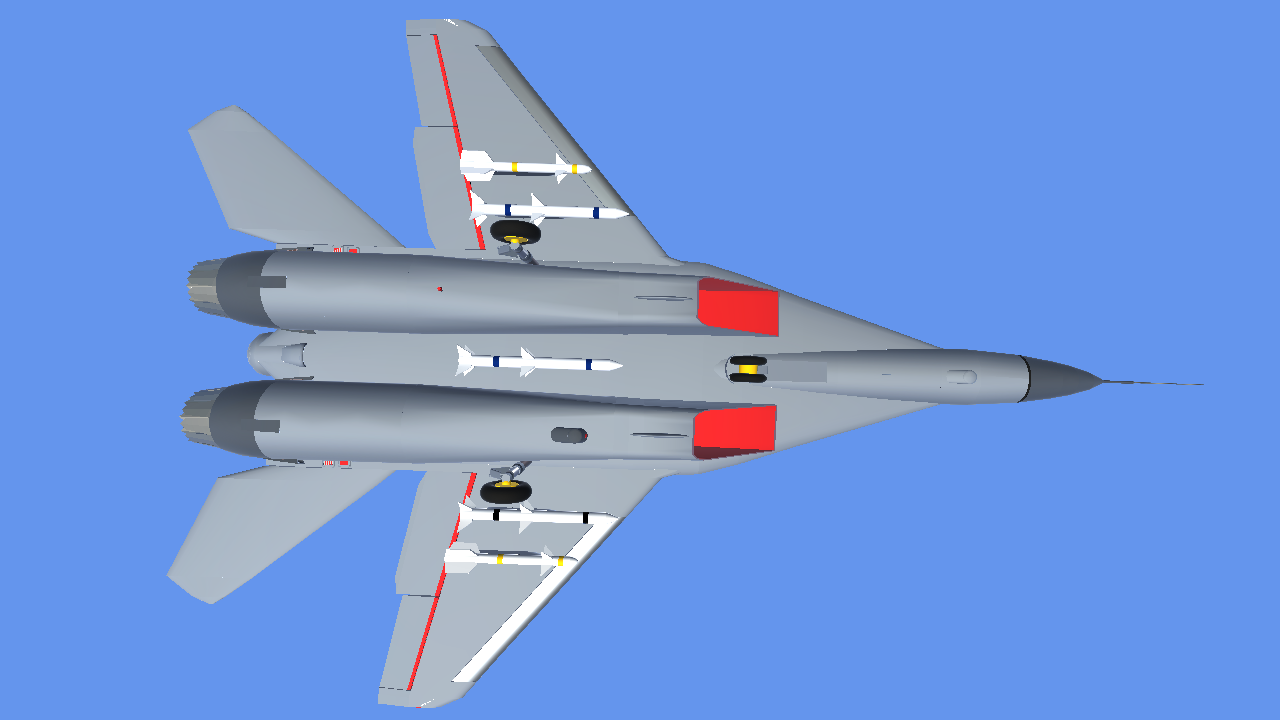 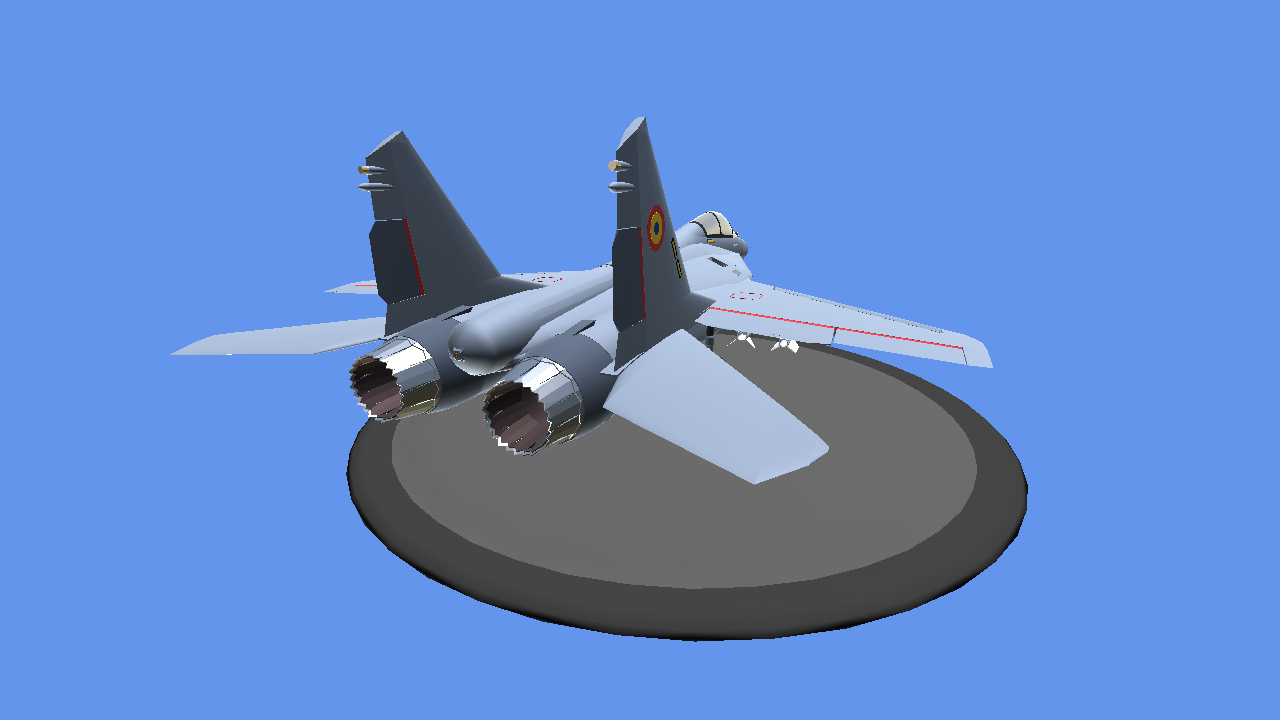 I'm back with a new fresh creation:
The MiG-35. 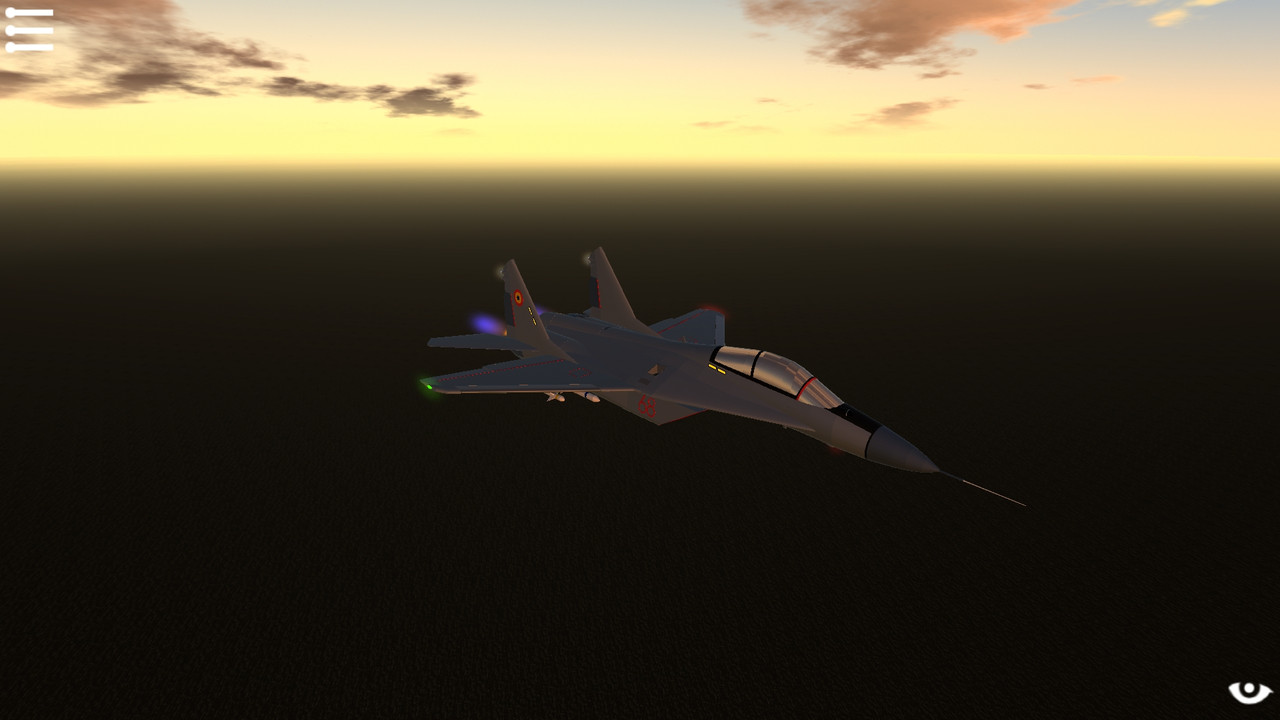 The Mikoyan MiG-35 Fulcrum-F is a Russian multirole fighter that is designed by Mikoyan, a division of the United Aircraft Corporation. Marketed as a 4++ generation jet fighter, it is a further development of the MiG-29M/M2 and MiG-29K/KUB fighters.The first prototype was a modification of the aircraft that previously served as a MiG-29M2 model demonstrator. I decided to give it Romanian markings and a very colorful drag chute :)

--Custom wings with control surfaces ,flaps, slats, and all moving horizontal stabilizer that have roll and pitch input.

--Somewhat realistic handling (Takeoff speeds are in the region of 170 mph) (with VTOL down the approaching speeds are around 200 mph, touch down softly, it's bouncy)

I just wanted to thank BogdanX and Masters Chat for testing, criticism, tips and advice. The overall building technique was originally used by Bogdan and I decided to make my own MiG with a similar technique. I am quite pleased with how this one turned out.
Thanks to Ainanen for user friendly testing. 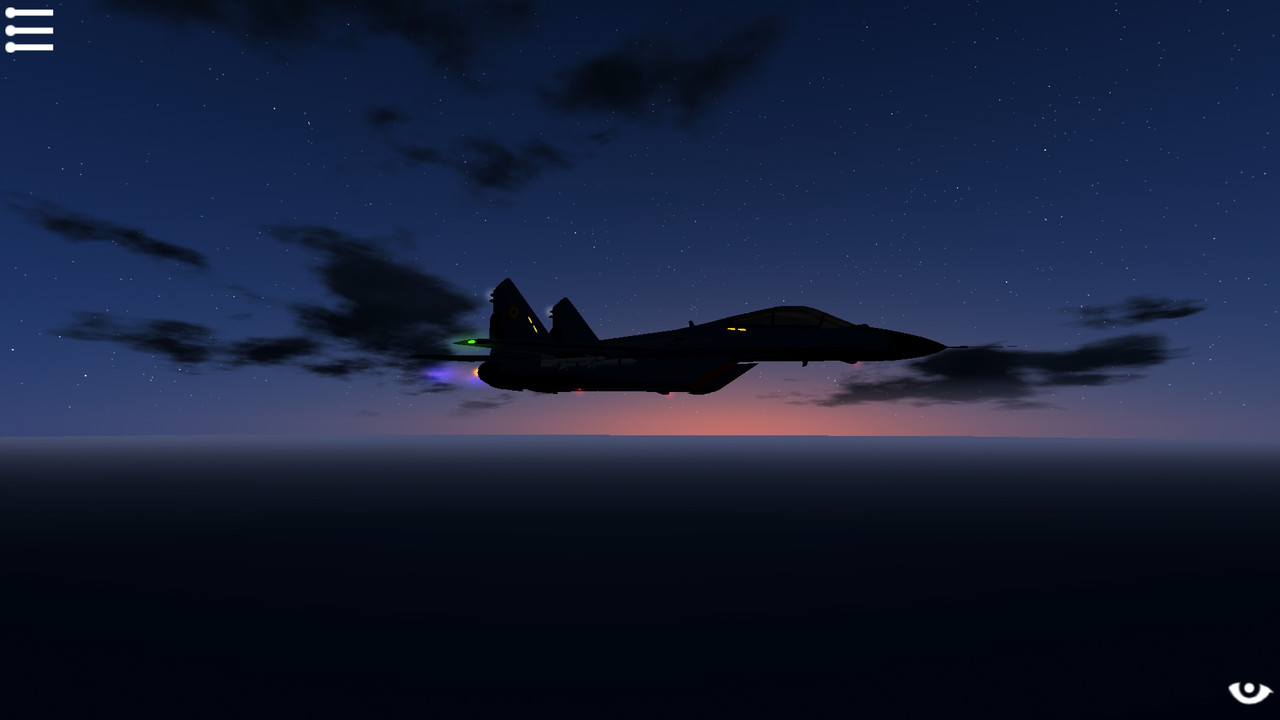 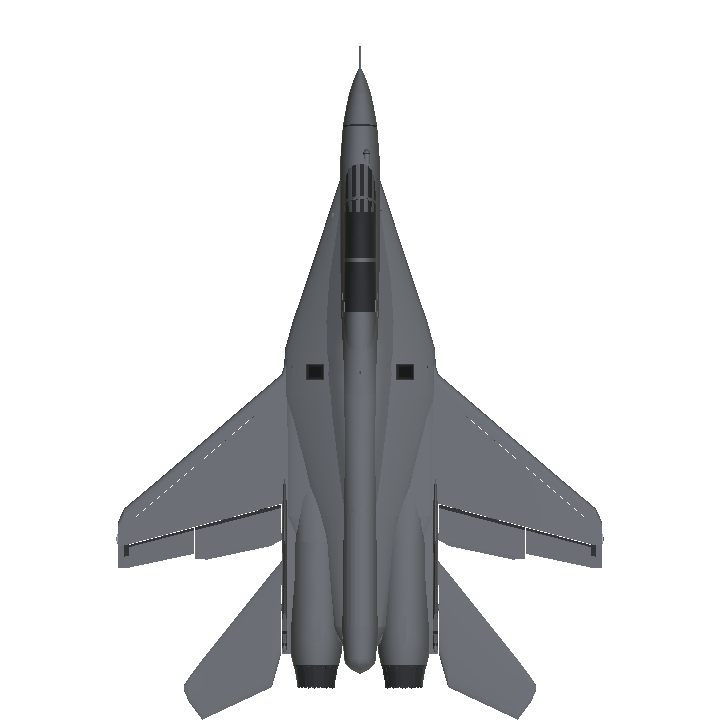 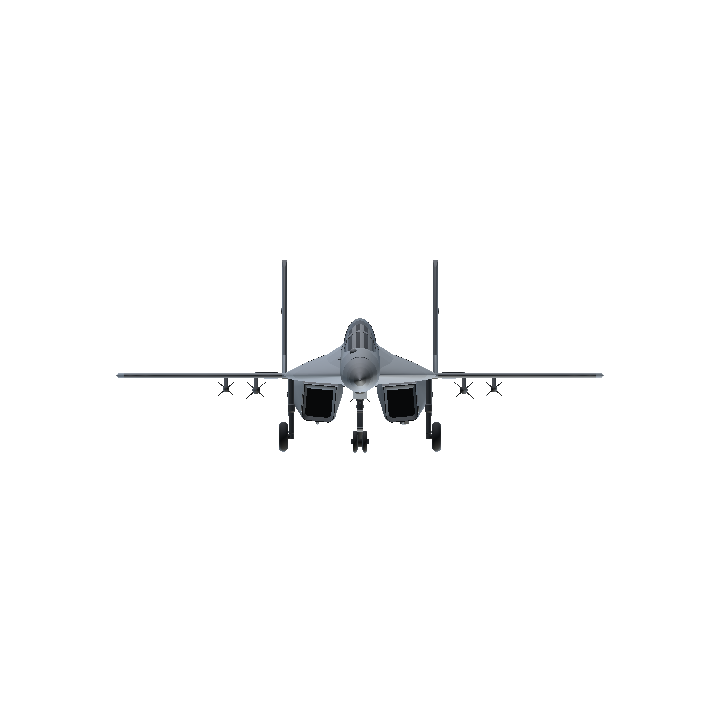