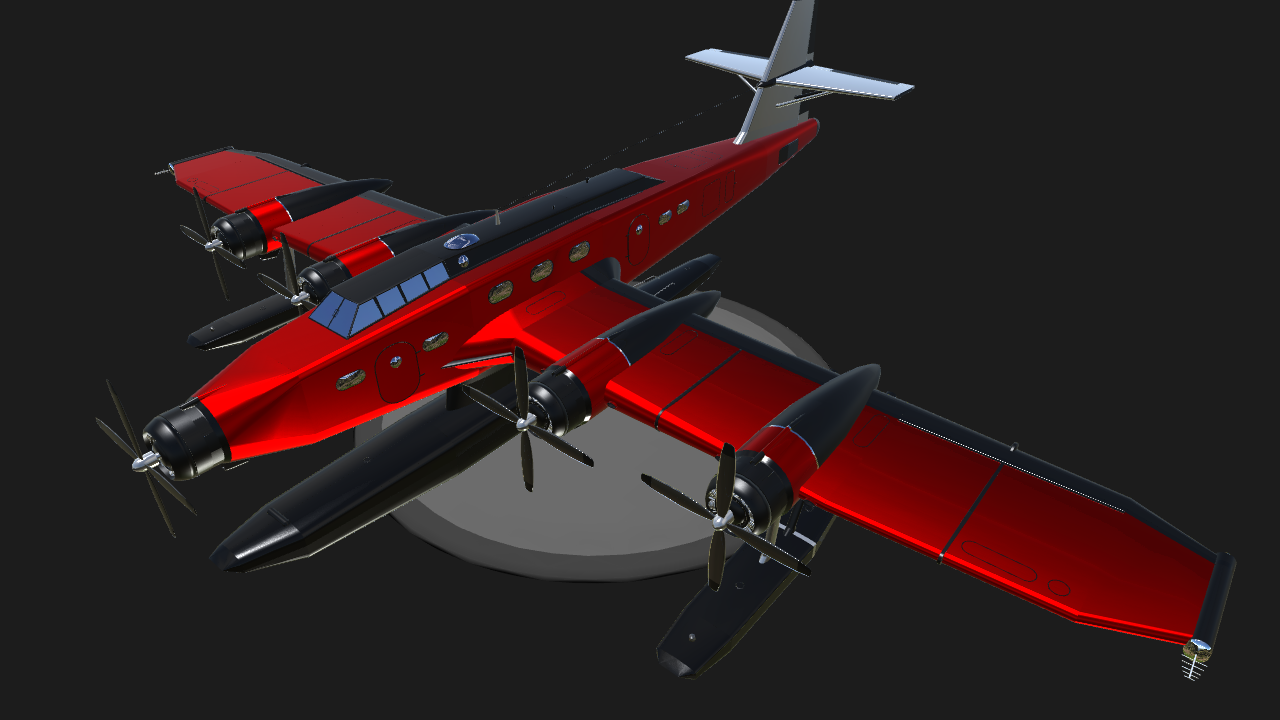 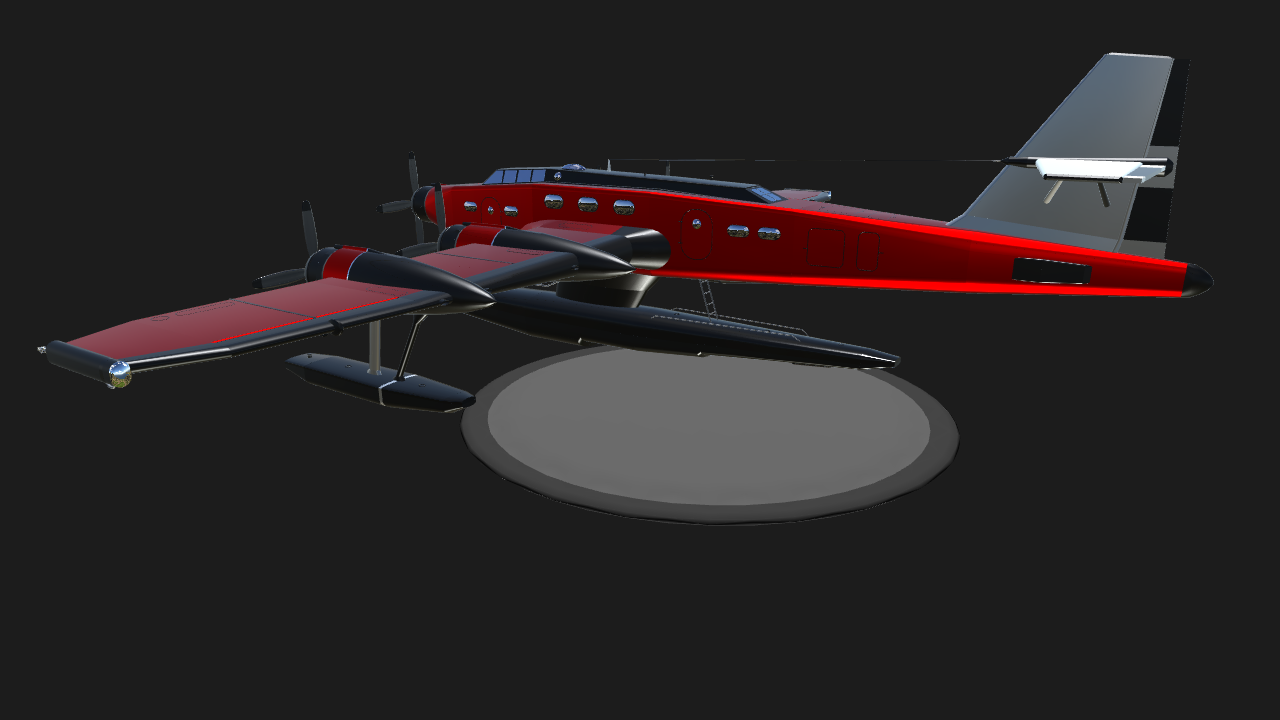 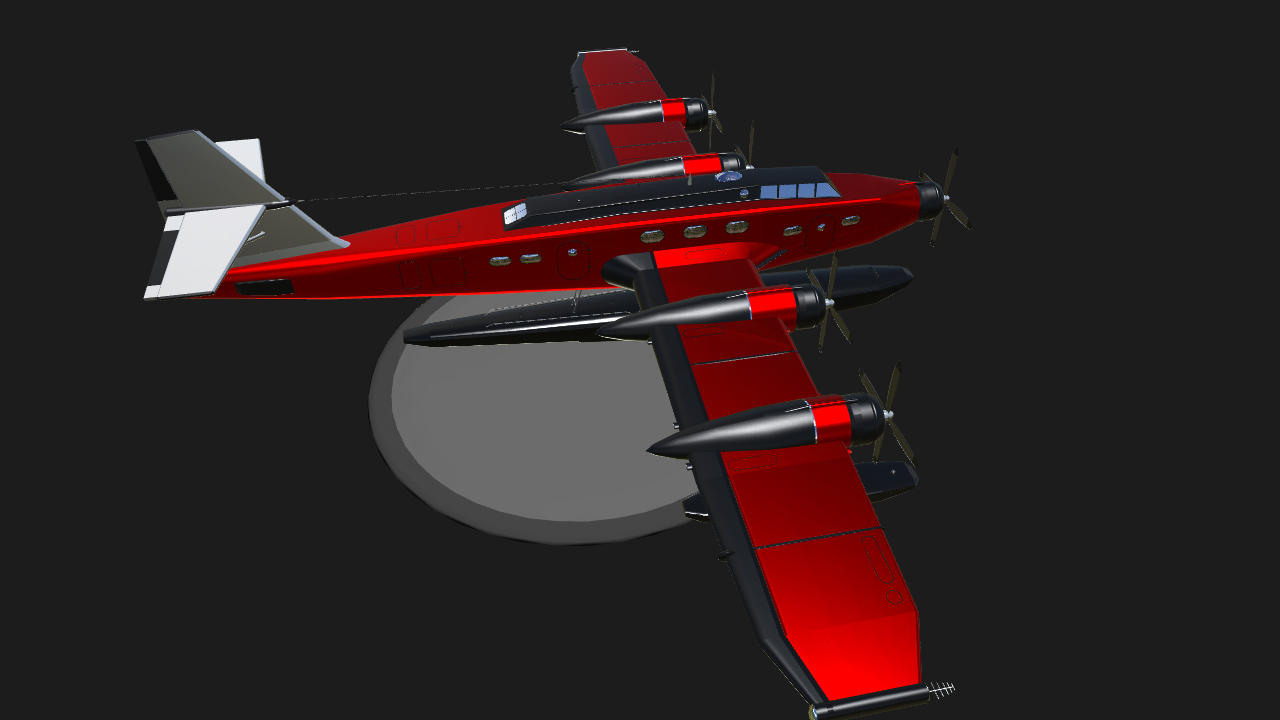 Taxiing: Set throttle at 5% to start centre engine then alternate between Port and Starboard outer engines as follows:

When ready for take-off, ensure AG1, AG2 and AG3 are on (AG3 starts both inner engines)

Cruise: Reduce throttle to 80% and apply trim as needed.

Landing: Reduce throttle to 40%. For final approach, maintain 5 degree or less descent angle then cut power at 100 feet and flare gently. Once down, wait until speed drops to 70mph then apply water brakes (VTOL down).

His Majesty's Aircraft “Elegant Journey” joins the High Service as a fast passenger and mail/freight carrying flying boat, converted from a land based airframe by Maltik Offshore Industries who used their experience in hydrodynamics to make the original airframe seaworthy with minimal modifications.

Build was inspired by a picture I have seen many times while browsing, of an art-deco style 5 engined flying boat with a ludicrous centre float arrangement which appealed to my liking of absurd designs. 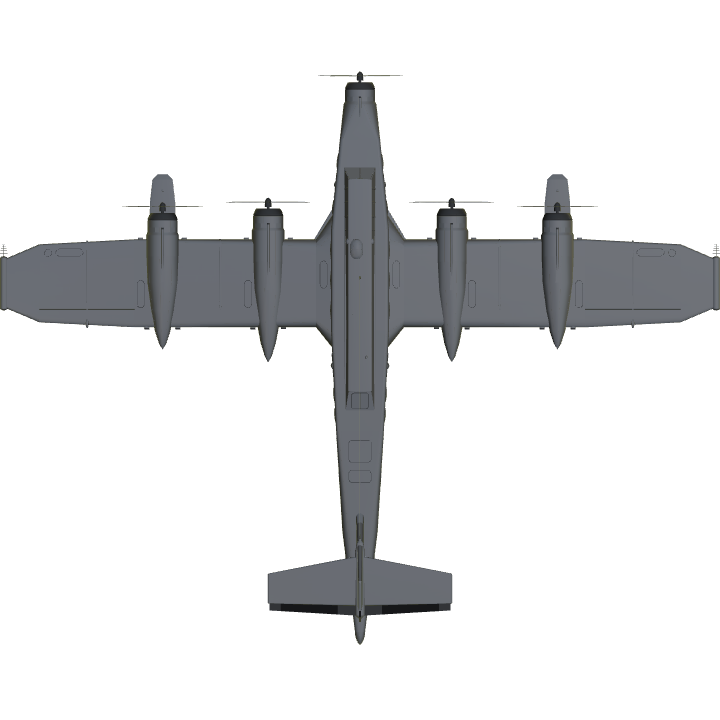 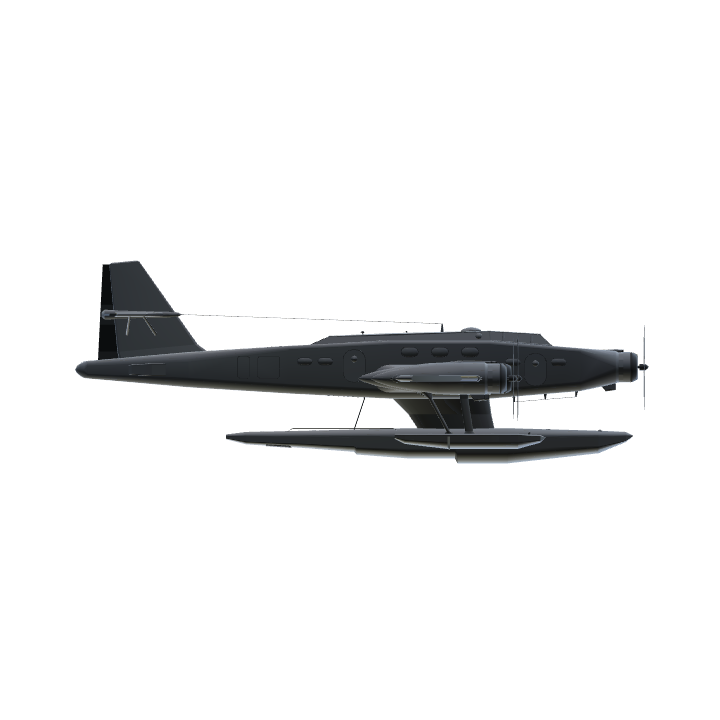 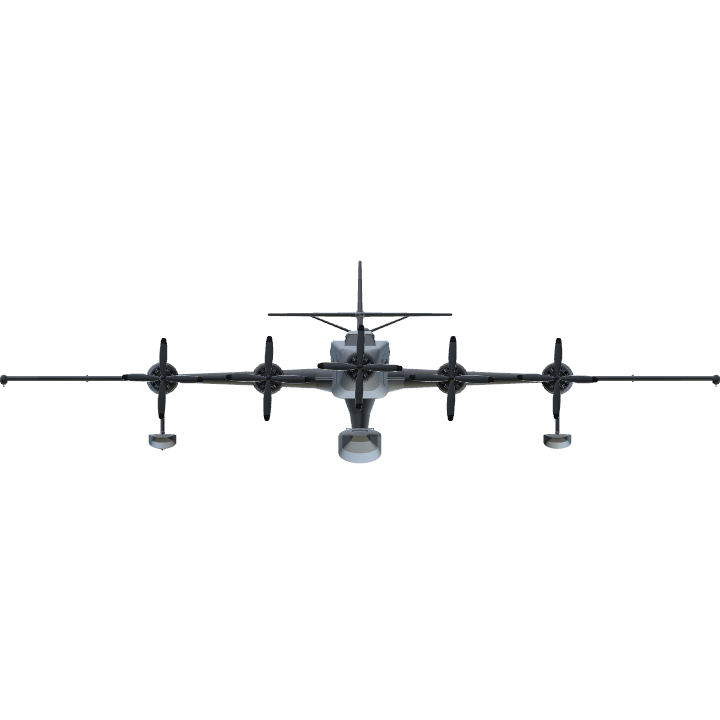