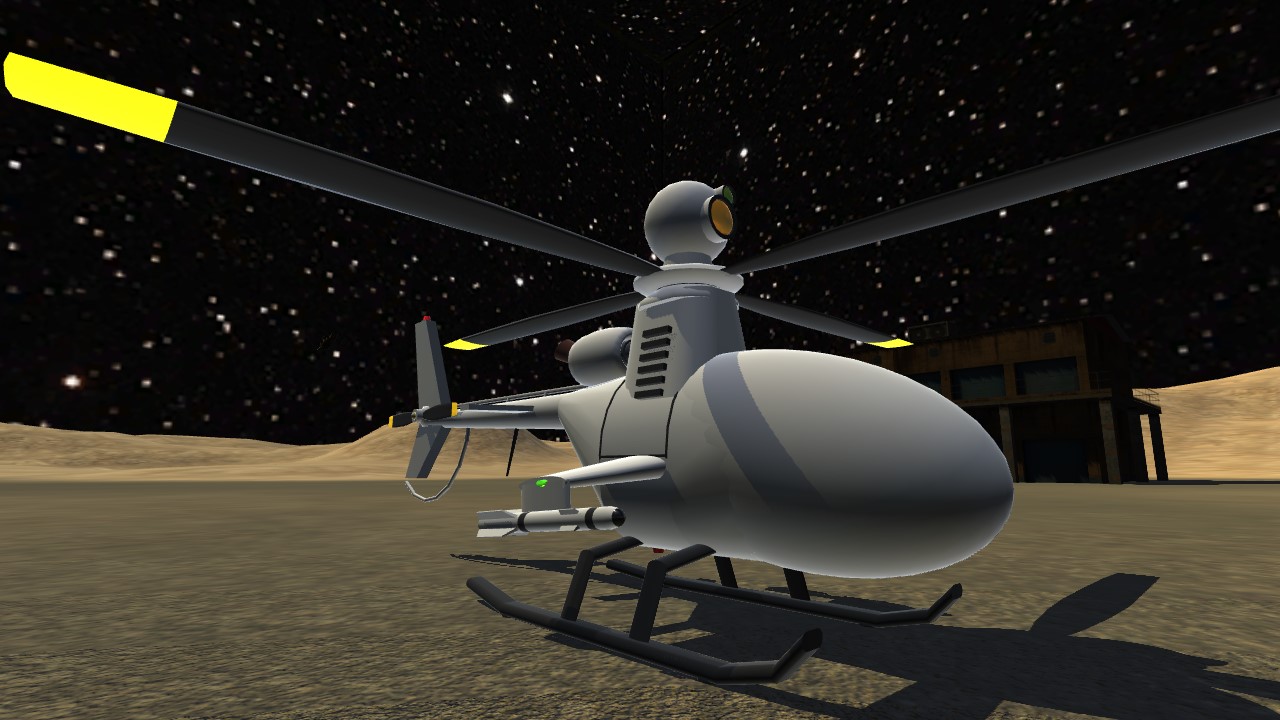 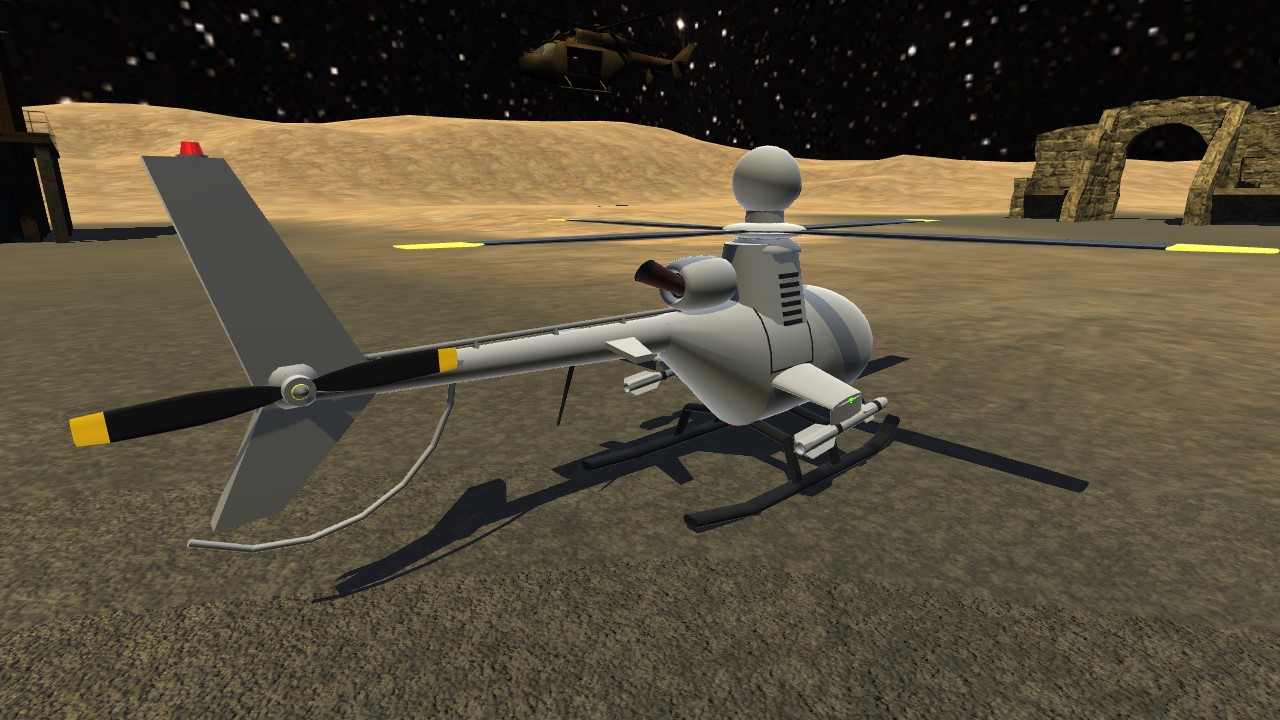 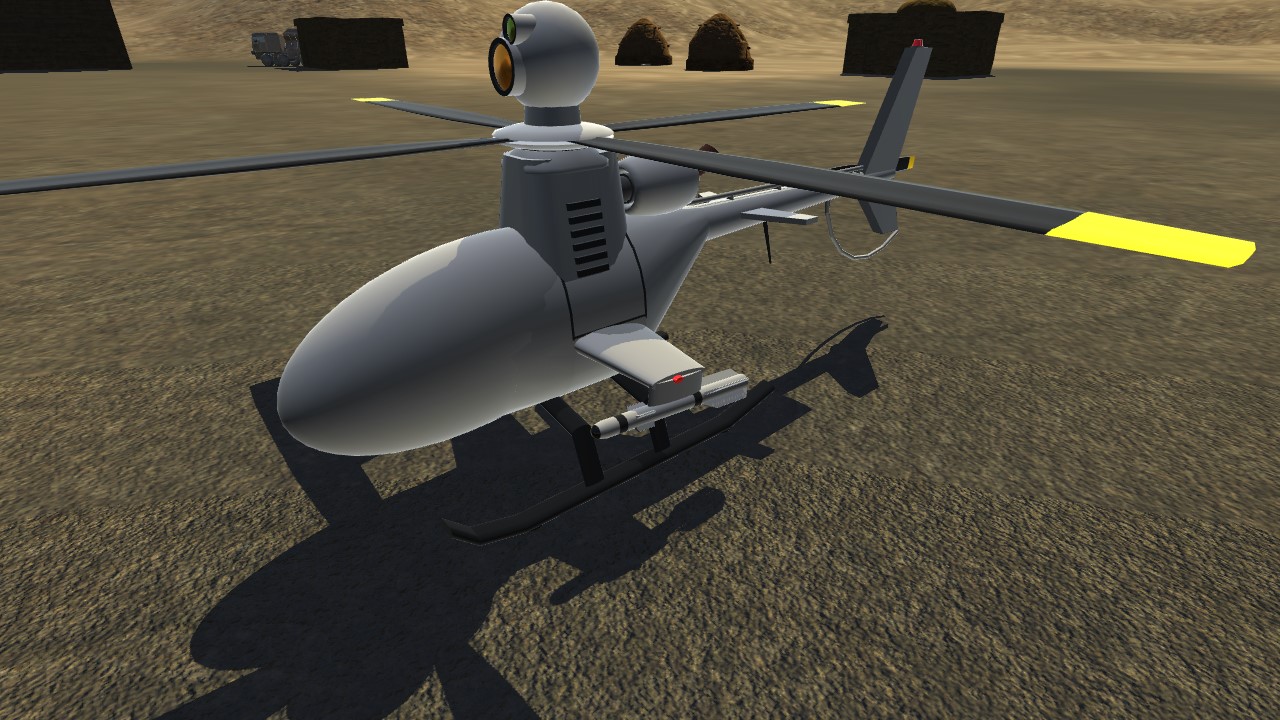 A little something I made to test the new update. Uses all three new parts (torpedoes weren't meant to be in 1.6, so I left them out). It flies rather well.

M.Corp Hummingbird is a surveillance drone, capable of being armed with two missiles. It is used by all branches of M.Corp armed forces. Small and nimble, and with decent loitering time, it's great for spying on enemy positions, search operations for the coast guard and navy, dropping supplies to forward positions of the infantry, overseeing the border, spotting targets for the artillery, and even engaging targets on its own.

-Throttle to control rotor collective pitch (go up/down);
-Use mouse as joystick on PC. Needs a bit more accurate input than keyboard can give. 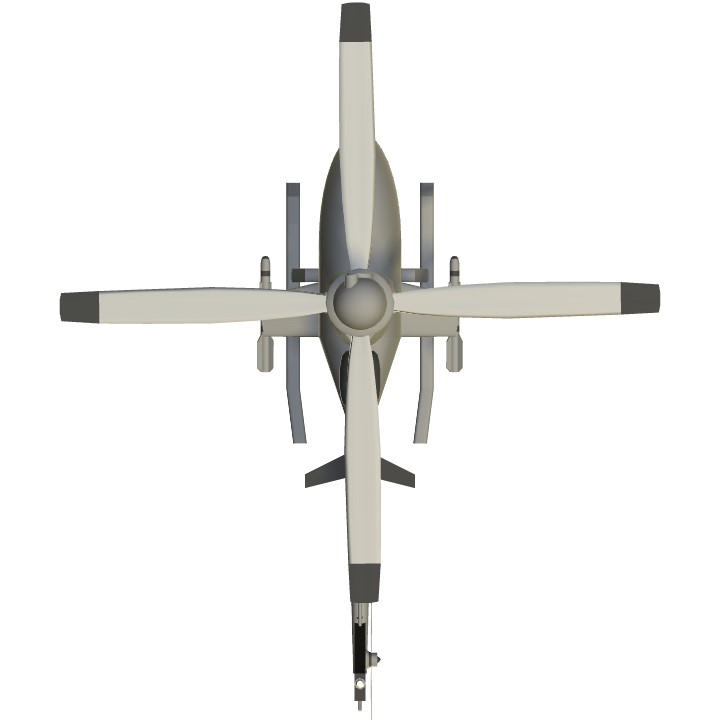