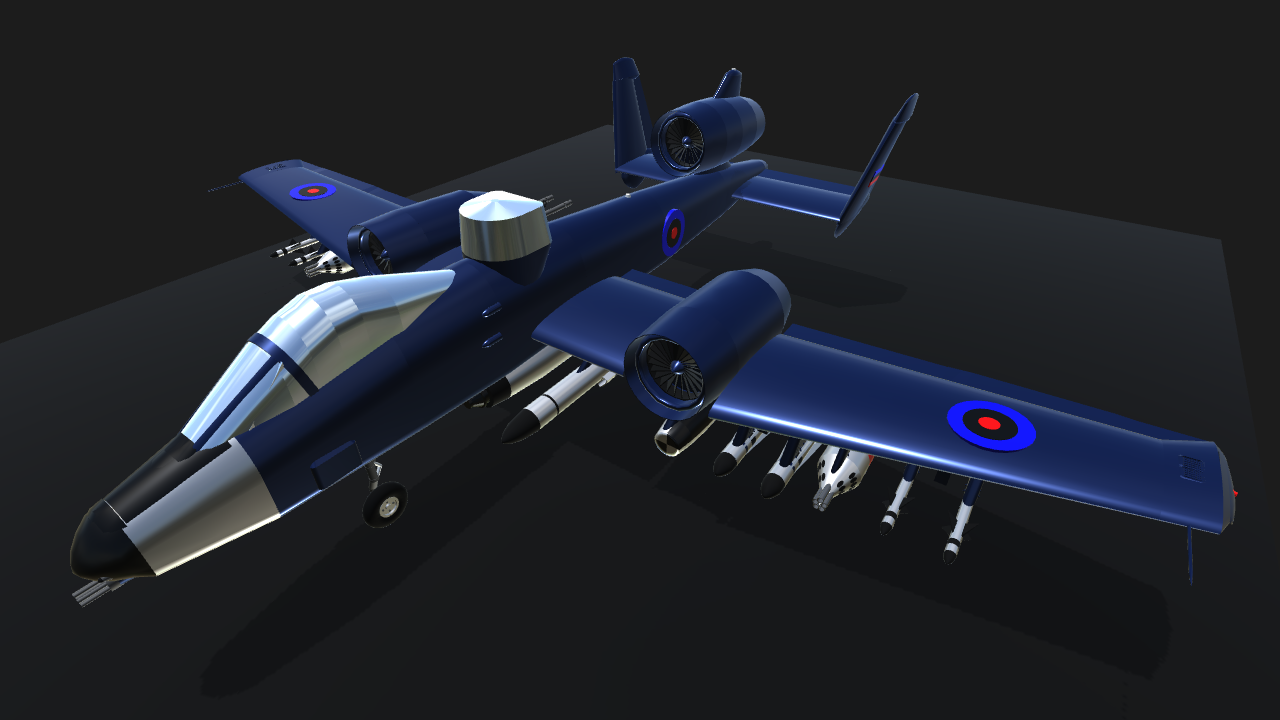 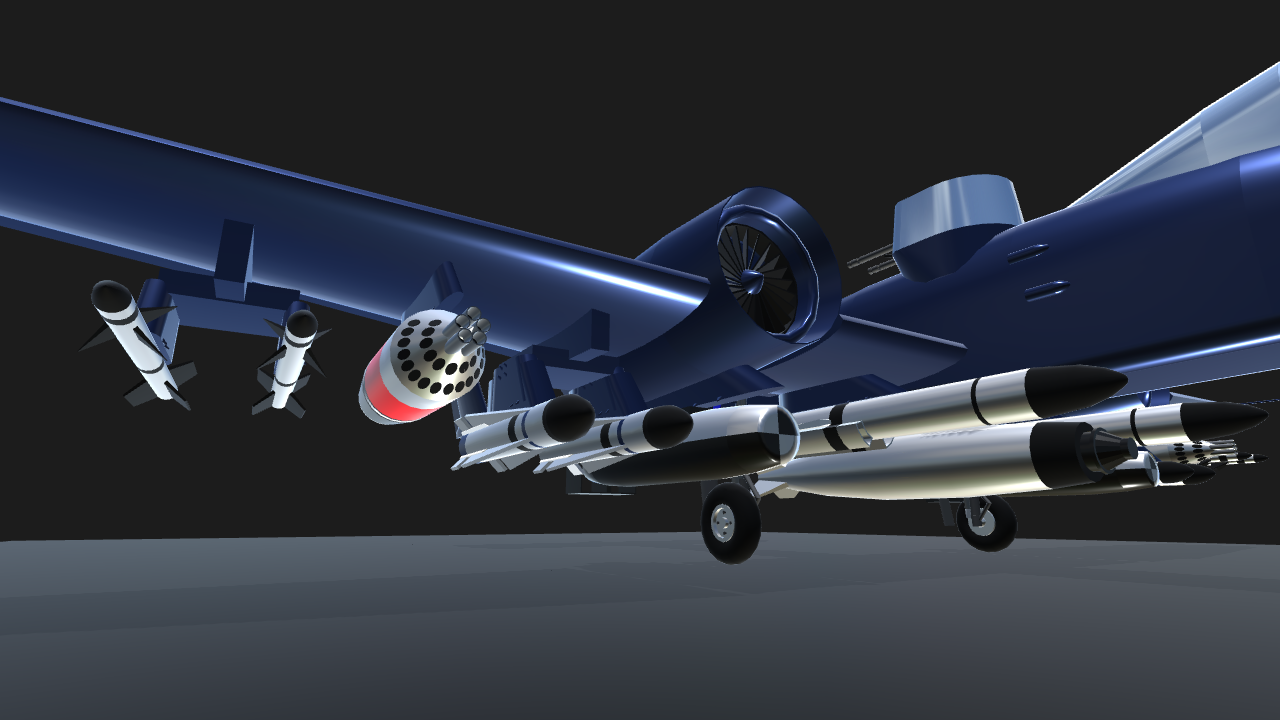 History
The Lykins Rattler Mk.iii is a three engined, jet powered, V/STOL ground attack aircraft, capable of aircraft carrier takeoffs and landings, and able to fly over 600 mph and carry a fearsome load-out of air-to-ground weapons, including bombs, rockets, and missiles. The Rattler Mk.iii can rocket to 1,000 ft in VTOL mode in mere seconds! It also can sling enough weapons to destroy an entire enemy convoy in one pass. The gun is a US Avenger cannon built under license in SimpleLandia.

Even though the design is nearing being outdated, Lykins has pushed the Rattler to its full potential with the Mk.iii variant, which has many significant improvements over the Mk.ii, including no more auto-roll, working turret, doubled top speed (>700 mph @15,000 ft), enhanced VTOL capability, and an arrestor hook / catapult attachment.

The Rattler Mk.iii is currently operated by the SimpleLandian Navy and the Air Force. It costs $70 million, and is for sale on the global market.

The original design was the Cobra Rattler from the Cobra terrorist organization. 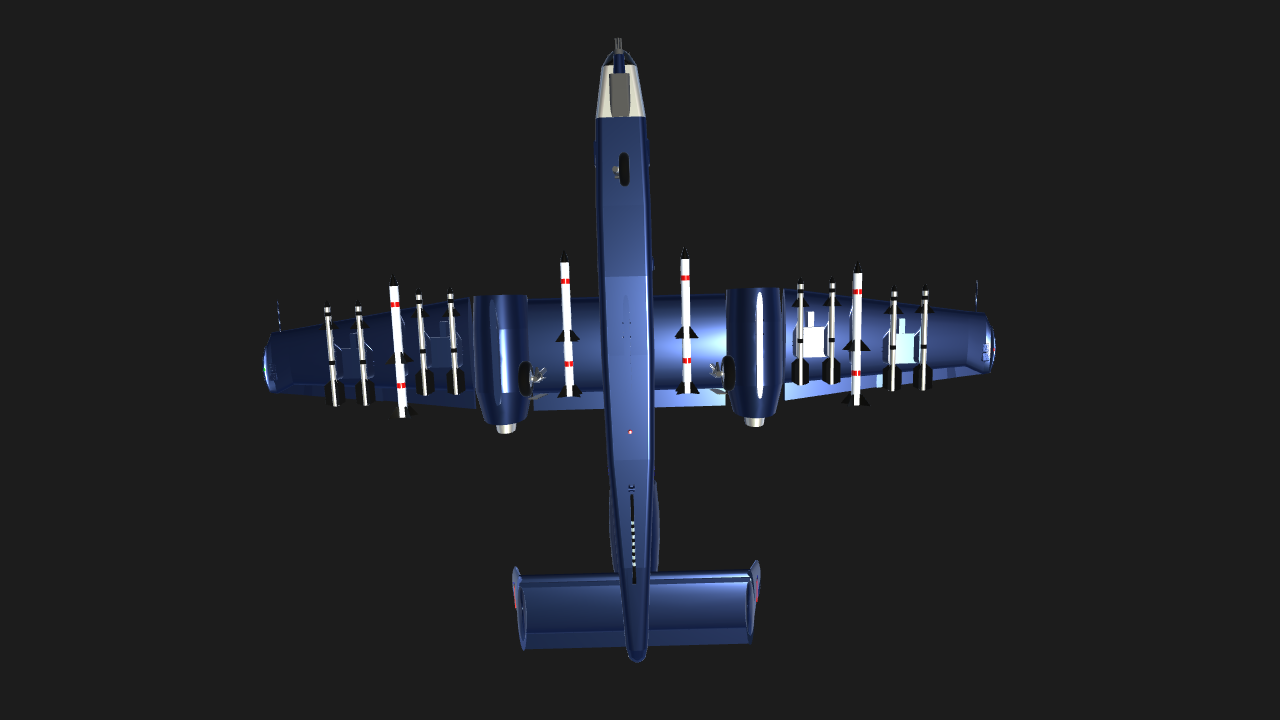 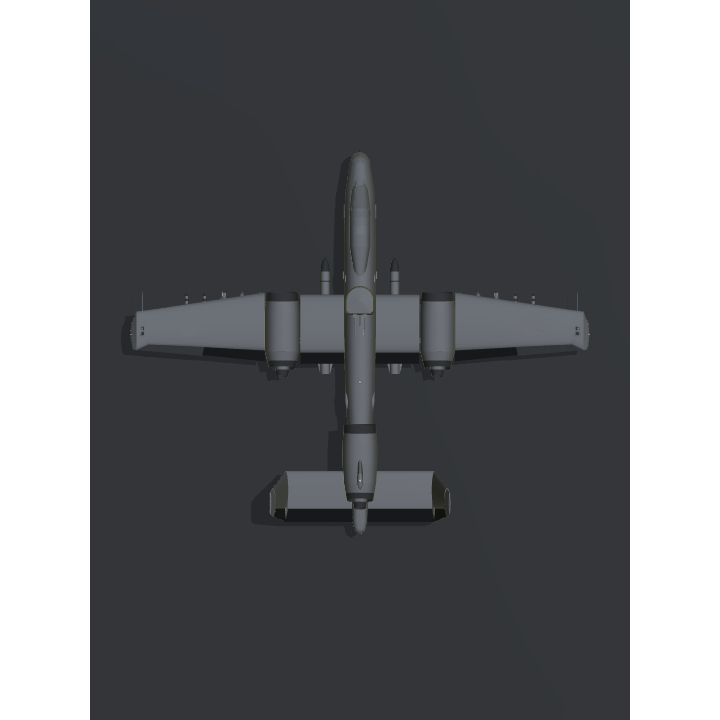 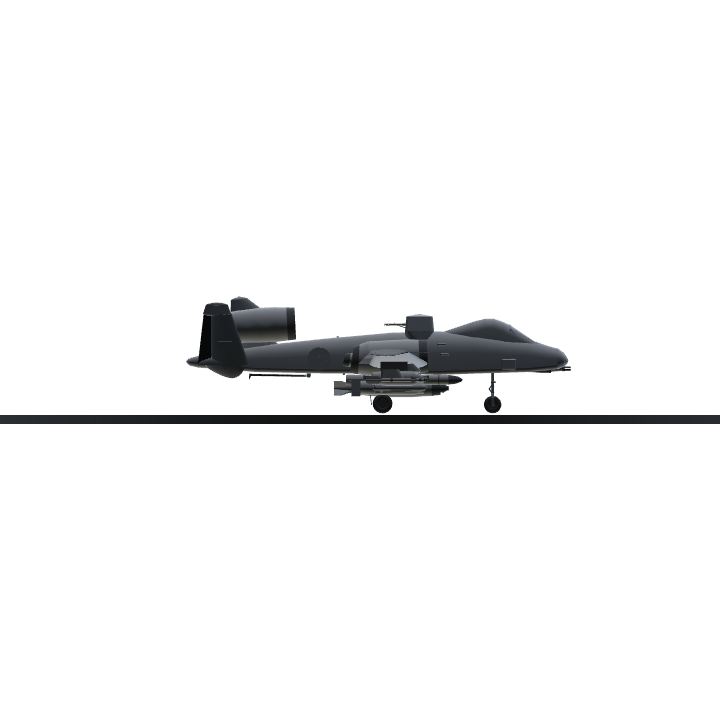 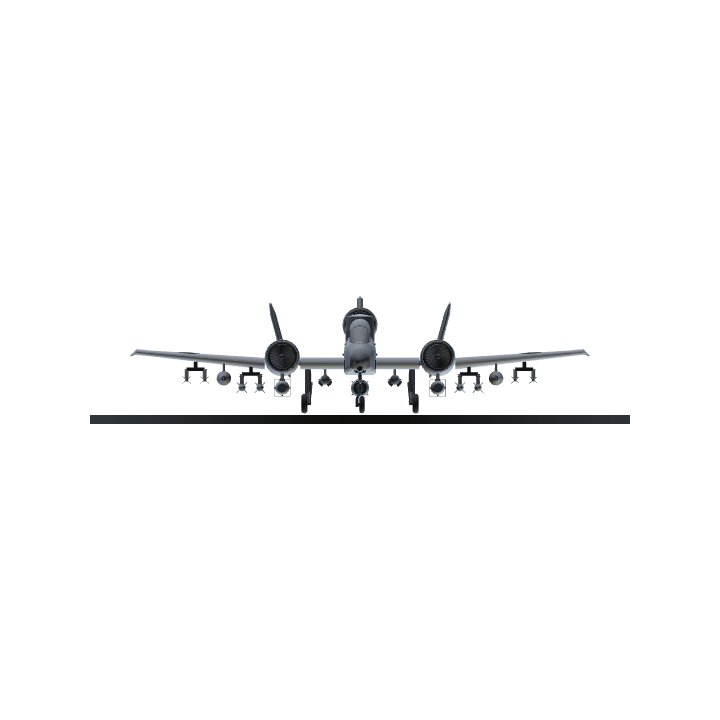