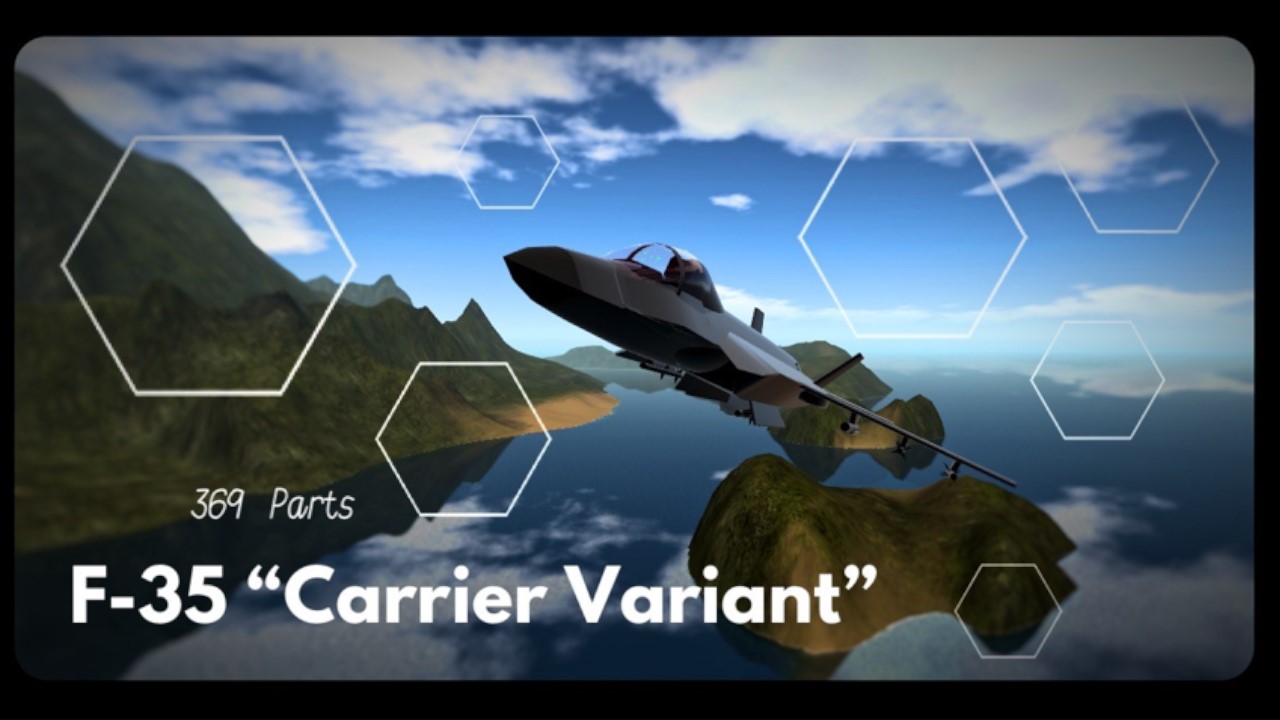 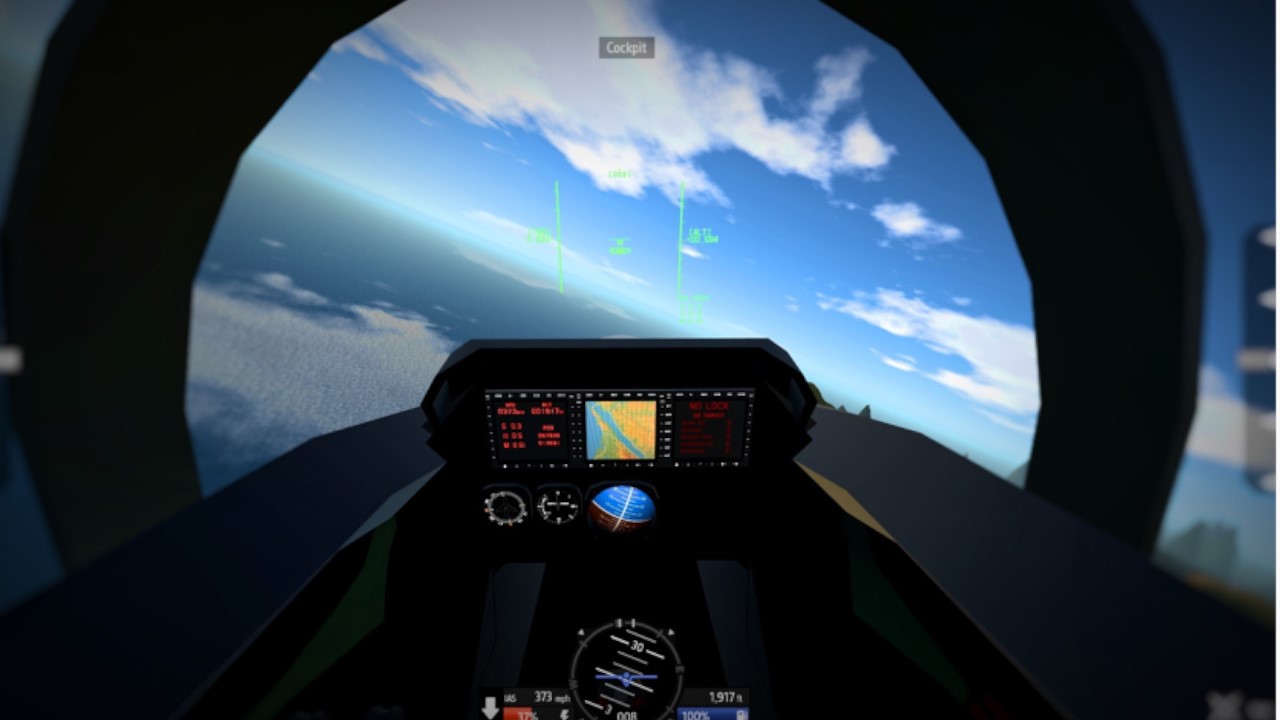 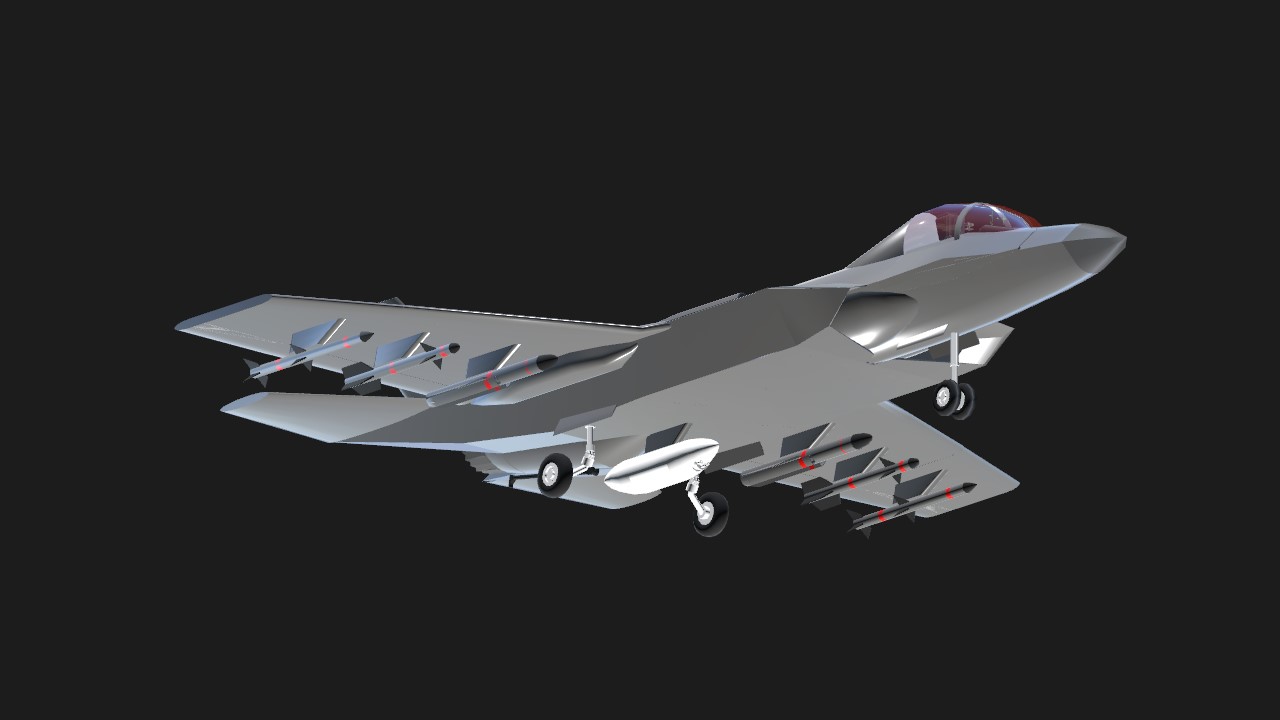 Credit to ZeroWithSlashedO for helping me figure out somethings with this project.

A submission for the 5th Generation Fighter Challenge.

The Lockheed Martin F-35 Lightning II is an American family of single-seat, single-engine, all-weather stealth multirole combat aircraft that is intended to perform both air superiority and strike missions. It is also able to provide electronic warfare and intelligence, surveillance, and reconnaissance capabilities. Lockheed Martin is the prime F-35 contractor, with principal partners Northrop Grumman and BAE Systems. The aircraft has three main variants: the conventional takeoff and landing (CTOL) F-35A, the short take-off and vertical-landing (STOVL) F-35B, and the carrier-based (CV/CATOBAR) F-35C.

The aircraft descends from the Lockheed Martin X-35, which in 2001 beat the Boeing X-32 to win the Joint Strike Fighter (JSF) program. Its development is principally funded by the United States, with additional funding from program partner countries from NATO and close U.S. allies, including the United Kingdom, Australia, Canada, Italy, Norway, Denmark, the Netherlands, and formerly Turkey.[5][6][7] Several other countries have ordered, or are considering ordering, the aircraft. The program has drawn much scrutiny and criticism for its unprecedented size, complexity, ballooning costs,[8] and much-delayed deliveries, with numerous technical flaws still being corrected.[N 1] The acquisition strategy of concurrent production of the aircraft while it was still in development and testing led to expensive design changes and retrofits.[10][11]

As the JSF program moved into the System Development and Demonstration phase, the X-35 demonstrator design was modified to create the F-35 combat aircraft. The forward fuselage was lengthened by 5 inches (13 cm) to make room for mission avionics, while the horizontal stabilizers were moved 2 inches (5.1 cm) aft to retain balance and control. The diverterless supersonic inlet changed from a four-sided to a three-sided cowl shape and was moved 30 inches (76 cm) aft. The fuselage section was fuller, the top surface raised by 1 inch (2.5 cm) along the centerline to accommodate weapons bays. Following the designation of the X-35 prototypes, the three variants were designated F-35A (CTOL), F-35B (STOVL), and F-35C (CV). Prime contractor Lockheed Martin performs overall systems integration and final assembly and checkout (FACO),[N 6] while Northrop Grumman and BAE Systems supply components for mission systems and airframe.[32][33]

Adding the systems of a fighter aircraft added weight. The F-35B gained the most, largely due to a 2003 decision to enlarge the weapons bays for commonality between variants; the total weight growth was reportedly up to 2,200 pounds (1,000 kg), over 8%, causing all STOVL key performance parameter (KPP) thresholds to be missed.[34] In December 2003, the STOVL Weight Attack Team (SWAT) was formed to reduce the weight increase; changes included more engine thrust, thinned airframe members, smaller weapons bays and vertical stabilizers, less thrust fed to the roll-post outlets, and redesigning the wing-mate joint, electrical elements, and the airframe immediately aft of the cockpit.[35] Many changes from the SWAT effort were applied to all three variants for commonality. By September 2004, these efforts had reduced the F-35B's weight by over 3,000 pounds (1,400 kg), while the F-35A and F-35C were reduced in weight by 2,400 pounds (1,100 kg) and 1,900 pounds (860 kg) respectively.[26][36] The weight reduction work cost $6.2 billion and caused an 18-month delay.[37]

The aircraft's software was developed as six releases, or Blocks, for SDD. The first two Blocks, 1A and 1B, readied the F-35 for initial pilot training and multi-level security. Block 2A improved the training capabilities, while 2B was the first combat-ready release planned for the USMC's Initial Operating Capability (IOC). Block 3i retains the capabilities of 2B while having new hardware and was planned for the USAF's IOC. The final release for SDD, Block 3F, would have full flight envelope and all baseline combat capabilities. Alongside software releases, each block also incorporates avionics hardware updates and air vehicle improvements from flight and structural testing.[41] In what is known as "concurrency", some low rate initial production (LRIP) aircraft lots would be delivered in early Block configurations and eventually upgraded to Block 3F once development is complete.[42] After 17,000 flight test hours, the final flight for the SDD phase was completed in April 2018.[43] Like the F-22, the F-35 has been targeted by cyberattacks and technology theft efforts, as well as potential vulnerabilities in the integrity of the supply chain.[44][45][46]

Testing found several major problems: early F-35B airframes had premature cracking,[N 8] the F-35C arrestor hook design was unreliable, fuel tanks were too vulnerable to lightning strikes, the helmet display had problems, and more. Software was repeatedly delayed due to its unprecedented scope and complexity. In 2009, the DoD Joint Estimate Team (JET) estimated that the program was 30 months behind the public schedule.[47][48] In 2011, the program was "re-baselined"; that is, its cost and schedule goals were changed, pushing the IOC from the planned 2010 to July 2015.[49][50] The decision to simultaneously test, fix defects, and begin production was criticized as inefficient; in 2014, Under Secretary of Defense for Acquisition Frank Kendall called it "acquisition malpractice".[51] The three variants shared just 25% of their parts, far below the anticipated commonality of 70%.[52] The program received considerable criticism for cost overruns and for the total projected lifetime cost, as well as quality management shortcomings by contractors.[53][54]

The JSF program was expected to cost about $200 billion for acquisition in base-year 2002 dollars when SDD was awarded in 2001.[55][56] As early as 2005, the Government Accountability Office (GAO) had identified major program risks in cost and schedule.[57] The costly delays strained the relationship between the Pentagon and contractors.[58] By 2017, delays and cost overruns had pushed the F-35 program's expected acquisition costs to $406.5 billion, with total lifetime cost (i.e., to 2070) to $1.5 trillion in then-year dollars which also includes operations and maintenance.[59][60][61] The unit cost of LRIP lot 13 F-35A was $79.2 million.[62] Delays in development and operational test and evaluation pushed full-rate production to 2021.[63][64]

USAF F-35A at RAF Fairford for RIAT 2018
The first combat-capable Block 2B configuration, which had basic air-to-air and strike capabilities, was declared ready by the USMC in July 2015.[1] The Block 3F configuration began operational test and evaluation (OT&E) in December 2018, the completion of which will conclude SDD.[65] The F-35 program is also conducting sustainment and upgrade development, with early LRIP aircraft gradually upgraded to the baseline Block 3F standard by 2021.[66]

The F-35 is expected to be continually upgraded over its lifetime. The first upgrade program, called Continuous Capability Development and Delivery (C2D2) began in 2019 and is currently planned to run to 2024. The near-term development priority of C2D2 is Block 4, which would integrate additional weapons, including those unique to international customers, refresh the avionics, improve ESM capabilities, and add Remotely Operated Video Enhanced Receiver (ROVER) support.[67] C2D2 also places greater emphasis on agile software development to enable quicker releases.[68] In 2018, the Air Force Life Cycle Management Center (AFLCMC) awarded contracts to General Electric and Pratt & Whitney to develop more powerful and efficient adaptive cycle engines for potential application in the F-35, leveraging the research done under the Adaptive Engine Transition Program (AETP); in 2022, the F-35 Adaptive Engine Replacement (FAER) program was launched to integrate adaptive cycle engines into the aircraft by 2028.[69][70]

Defense contractors have offered upgrades to the F-35 outside of official program contracts. In 2013, Northrop Grumman disclosed its development of a directional infrared countermeasures suite, named Threat Nullification Defensive Resource (ThNDR). The countermeasure system would share the same space as the Distributed Aperture System (DAS) sensors and acts as a laser missile jammer to protect against infrared-homing missiles.[71] 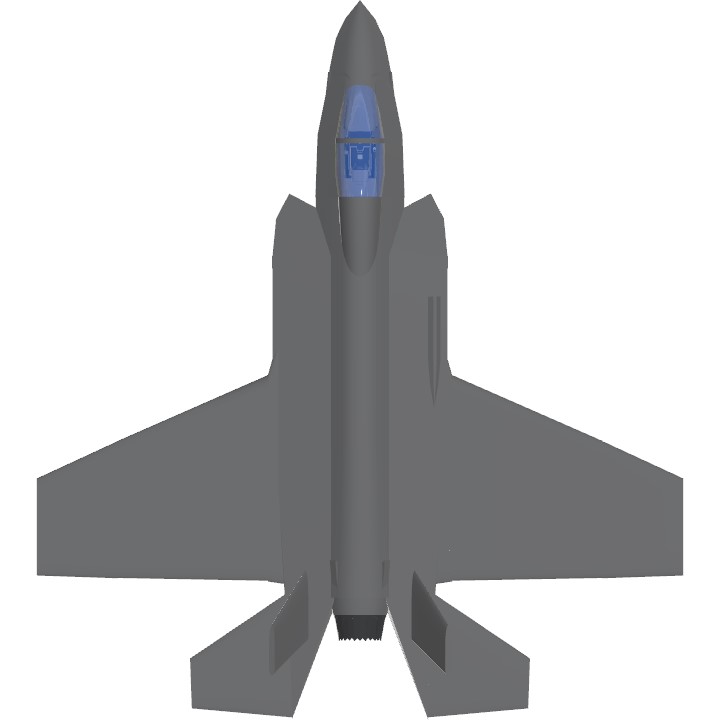 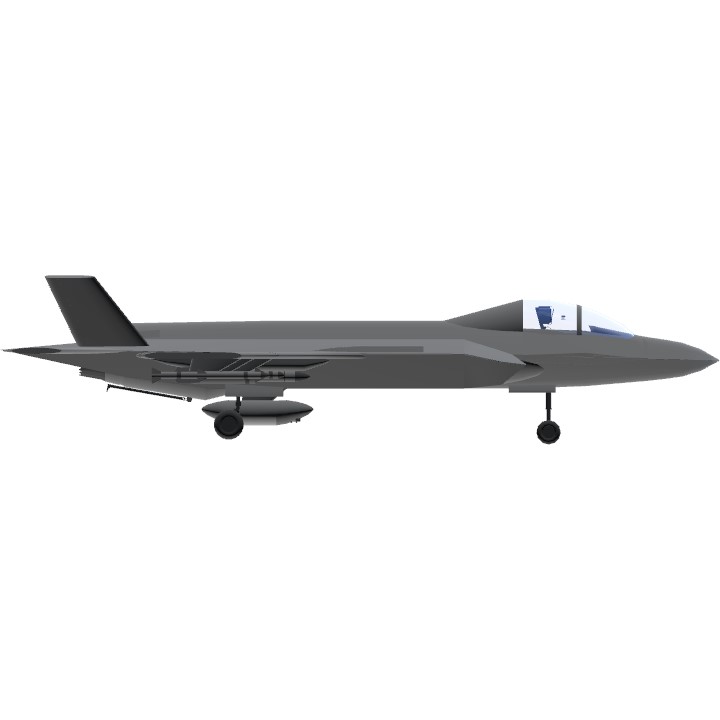 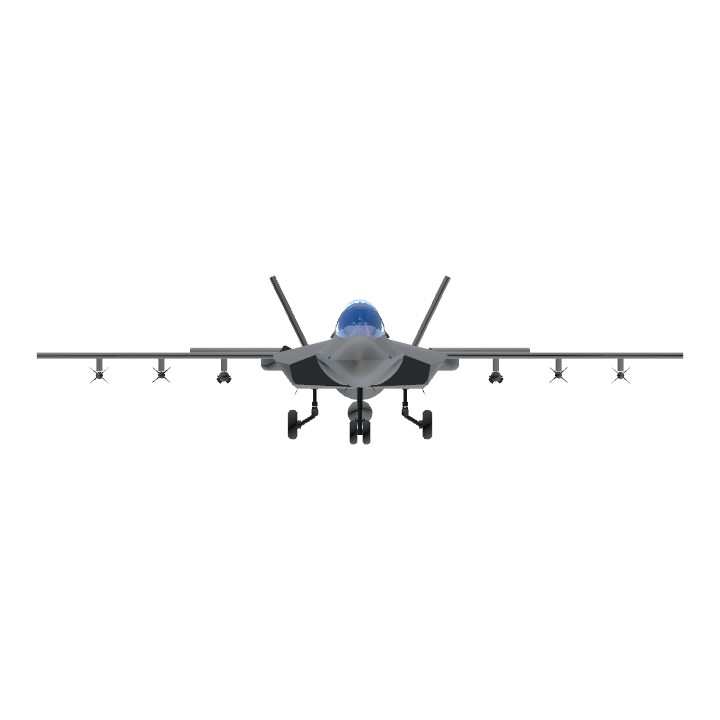