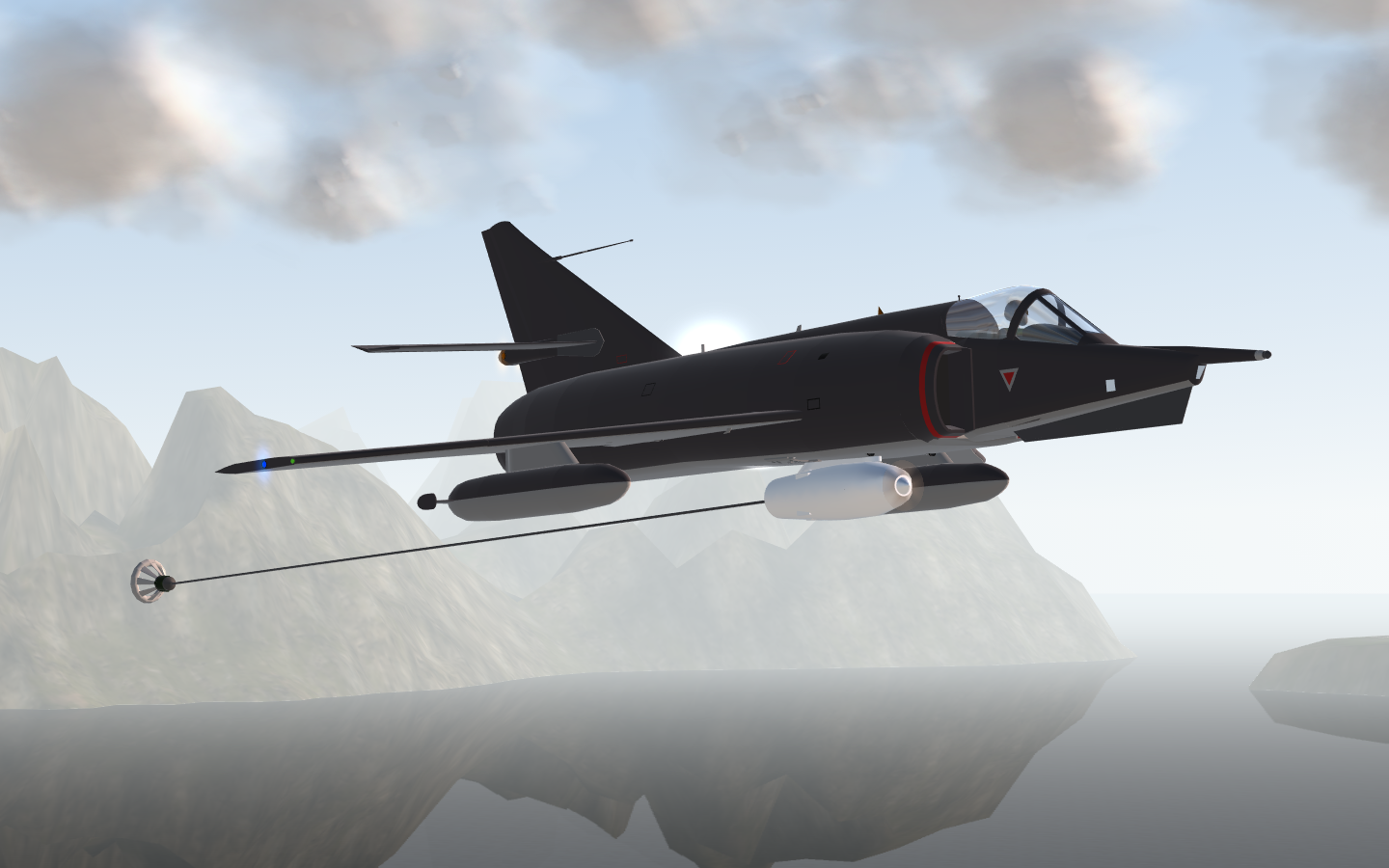 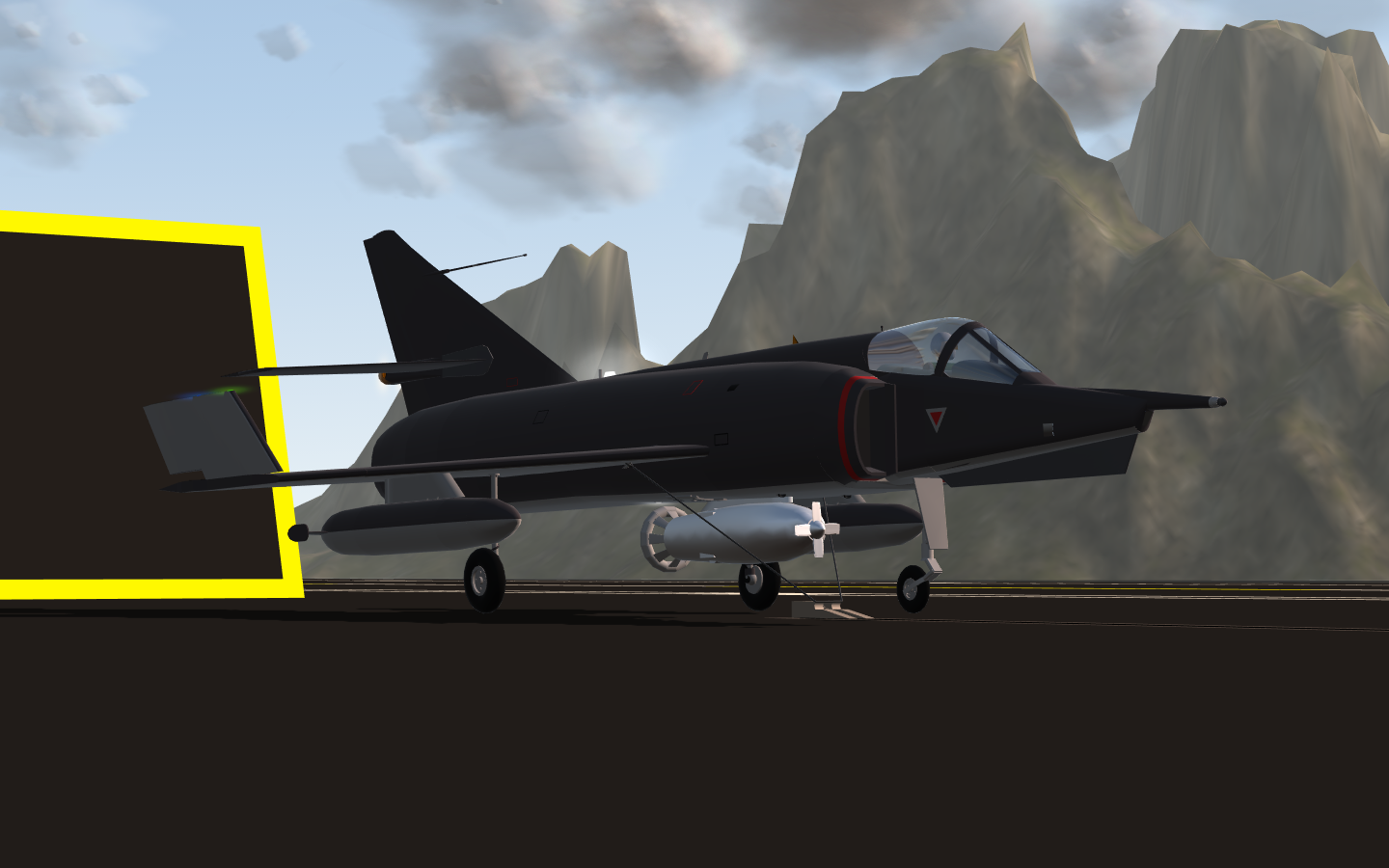 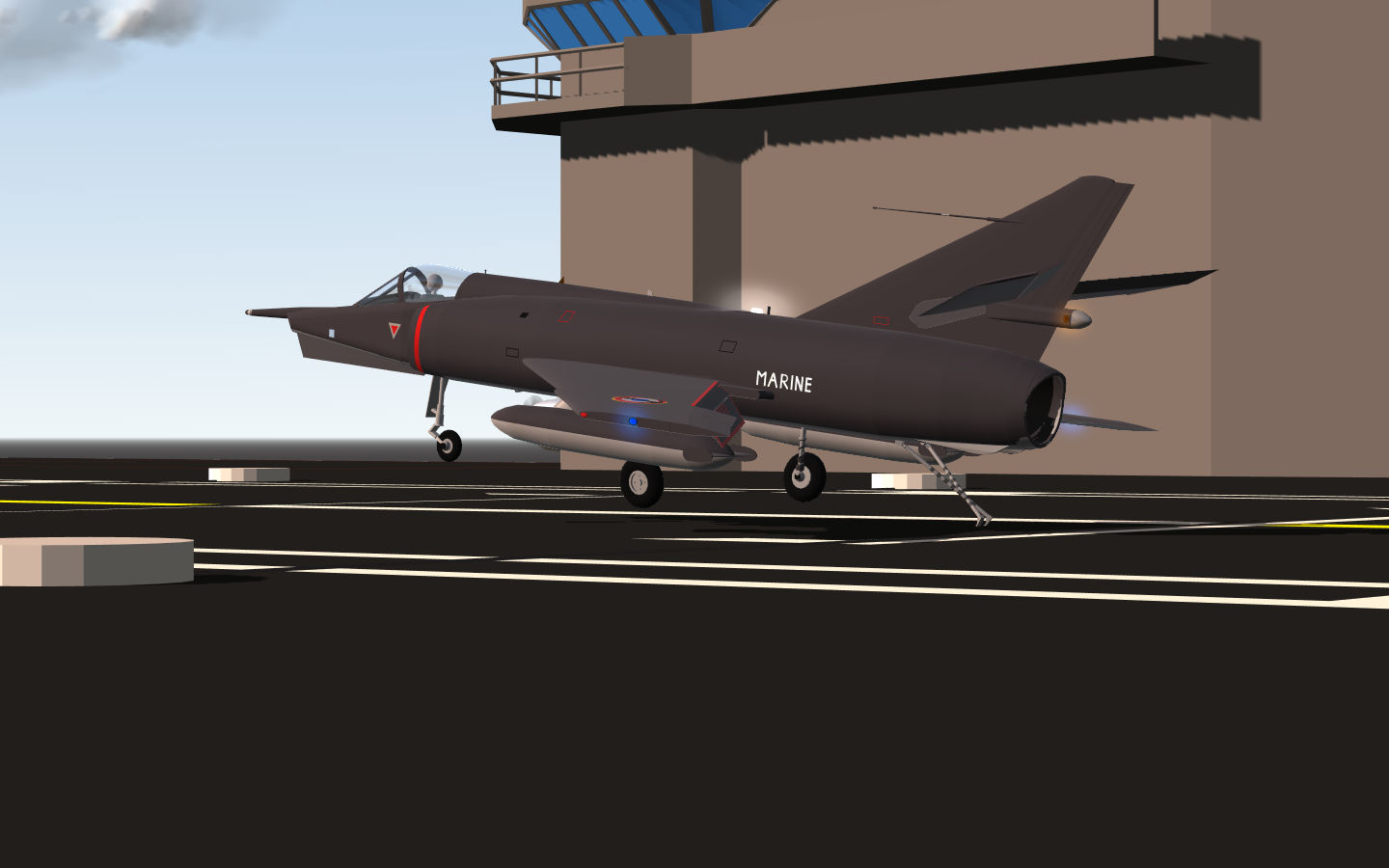 The Etendard IVP was the reconnaissance/tanker version of the Etendard IVM naval attacker.
ollielebananiaCFSP made an Etendard IVM a while ago so I decided to turn it into a IVP and put my flight refueling system on it.
So, you guys can consider it as a collab.
I really enjoyed working on this, except for the drogue part that kept exploding mid-air :/
Also don't play it on low physics
And use 'Realtime' reflections for better effect

Half the credit goes to my homie ollielebananiaCFSP (go check him out he's awesome :) )

The most complex and realistic flight refueling probe and drogue ever on SimplePlanes !
The probe is the standard NATO refueling probe, 1:1 scaled, you'll never find a better one (I took all the measurements on the probe of a Mirage IVP strategic bomber). It is fully functional and opens only when you put it in a drogue.
The drogue was made after the probe and features all the characteristics it is supposed to have (basket, drogue, pod, etc.)

Also featuring a working sling, that will detach automatically when the plane leaves the catapult of the Beast.
Surely the only sling on this website.

Edit : This build is ranked 5th in the challenge. Yay. 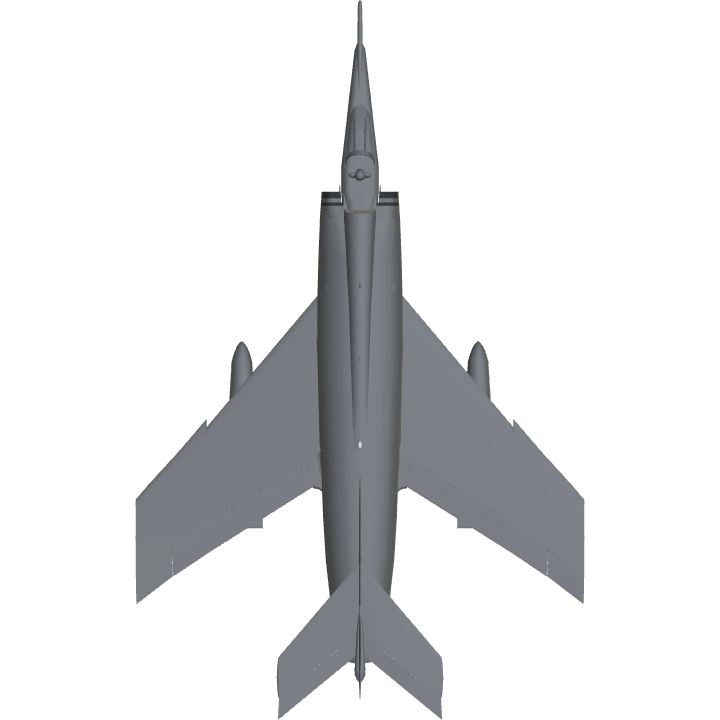 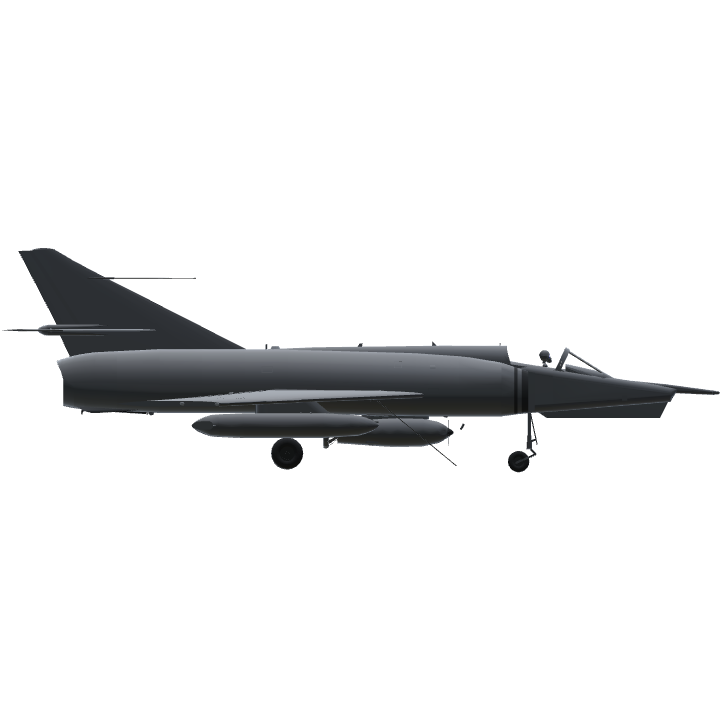 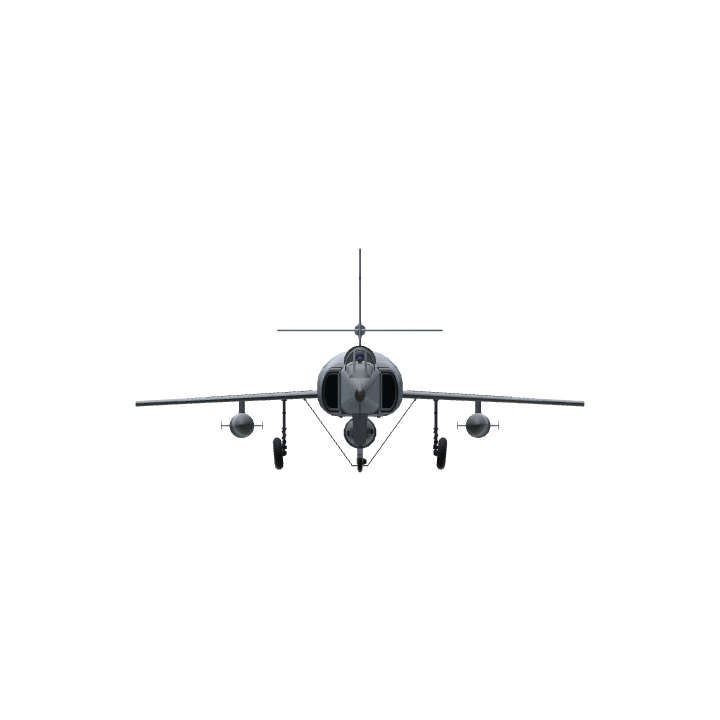