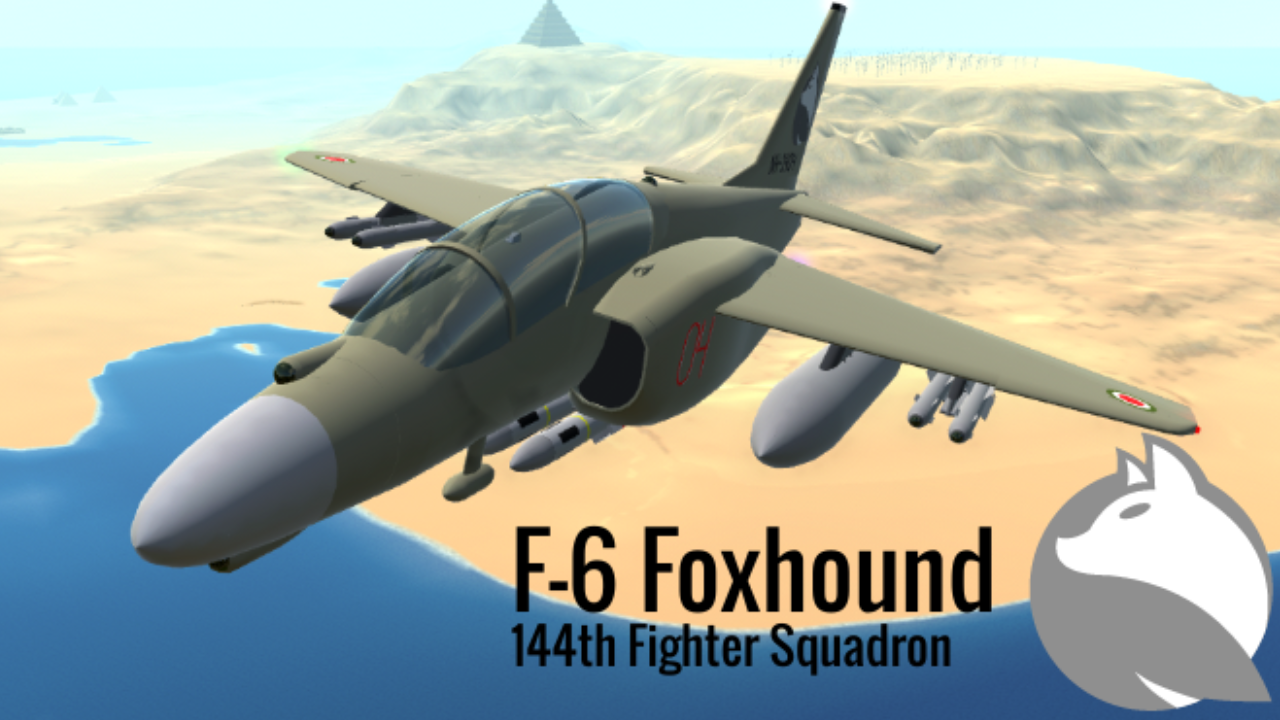 Intro:
After the invasion of Silvansen by Cotherian forces, the Cotherian Air Force was unsatisfied with the performance and capability of the F-3. Due to multiple issues, it was decided to drop the converted naval aircraft for a new light fighter. After starting the ALF-X, or more commonly referred to as the Advanced Light Fighter program, the YF-6 was declared the winner and allowed to proceed into production.

Cotherian Ace 1st Lt. Katrina "Kat" Holdman:
Cotherian Ace 1st Lt. Katrina "Kat" Holdman is a 23 year old pilot in the Cotherian air force. Even though she is one of the newer aces, she has served in multiple conflicts and has begun to make a name for herself. She is currently assigned with the 144th fighter squadron and is stationed in Cotheria. Katrina is smart and talented, however can be rash in her decision making. She also can be quite mischievous, rebellious, and lazy. As of now, Kat is one of the smaller aces in the Cotherian military due to her recent arrival into the ranks. This is why she is not the commander of Vixen Squadron, rather a pilot in the squadron. However, Katrina has been working up the ranks of the squadron and hopes to one day become the leader of Vixen squadron.

Born in Tempest, Katrina grew up in moderately wealthy family, as her mother served as a senator in the Cotherian Senate and her father a company executive in an aviation company. Due to her mother's work, Katrina spent majority of her time with her father at his workplace. The constant exposure to aviation developed her love for flight, leading her to solo when she was 15 and joining the Cotherian air force when she was of out of college.

Her first deployment saw her flying with the 23rd fighter squadron where she was assigned in the defense of Cotherian forces in their invasion of the Isle of Roses. It was here where she got her first kill, a Mig-21 attempting to intercept attack aircraft assisting friendly ground forces. By the end of the invasion, Katrina managed to score three more kills before returning to Cotheria-Saurl.

A month after being stationed in Saurl, Katrina was assigned to Alpha Squadron to participate in a campaign to remove rebel forces attempting to push Cotheria out of Saurl. After months of chasing rebel forces, Katrina found herself going against the former Cotherian Ace, Lt Col. Albert Altaman. After an drawn out duel in the mountain ranges of Saurl, Katrina manage to gun down the rouge ace. For her achievement, she was promoted to 1st Lieutenant and transferred to the Ace Squadron known as Vixen Squadron.

After her promotion, Katrina and Vixen Squadron was sent into Silvansen to escort bombers attacking Silvansen SAM site. Here, Katrina scored two more kills, managing to down two Silvansen fighters from afar. Vixen Squadron then was assigned to hunt down remaining enemy aircraft.

Immediately after the conclusion of the invasion of Silvansen, Katrina and Vixen squadron were sent to recently acquired lands near Veredalia. Here they were to take part in the preemptive strike against Veredalian forces, who were preparing to attack nearby Cotherian territories. After the sinking of the Veredalian super carrier Reagan, Vixen squadron was ordered to hunt down the Veredalian ace Viper, who was on the move to attack the Cotherian homelands with nuclear weapons. Vixen squadron then stumbled upon Viper, but due to weather interference induced by 7 large nuclear weapons set off in Veredalia and the long range, they were unable to identify the aircraft. So, in a moment of uncertainty, Katrina fired her Meteor missile and unknowingly downed the Veredalian Ace, ending the nuclear threat to Cotheria and bringing the end of the Cotherian-Veredalian war.

Katrina and Vixen squadron are now stationed back in Cotheria due to the defeat of the ADF-26 aircraft who was downed by the Asamian Anima Marble L. Keiko, ready to pounce on the next hint of adventure and excitement.

While with other airforces Ace pilots are allowed to customize their planes, the Cotherian military prohibits this practice. This is to promote the image of a unified and disciple force. However, ace squadrons have the ability to paint their squadron icon on their aircraft and diverge from the simple grey color scheme (Examples include the 1st Naval Demonstration Squadron and Vixen Squadron). Due to Cotheria being generally tropical, Vixen squadron decided to go with a more foreign looking color. This lead to them choosing the desert tan and light grey, due to the lack of deserts or dry environments in Cotheria.

Other ways ace pilots try to get around these restrictions are little acts such as painting the tips of their tails, such which is seen with Kat's black tipped tail or the 1st Naval Demonstration Squadron's striped tail. These little tail markings have lead to the ace squadrons being referred to as sharks, due to their tails being compared with the black tip reef sharks commonly found around Cotheria.

Another form of distinction is the coloring of identification numbers. Due to an oversight, there is no restriction on the coloring of identification numbers and letters. This oversight has lead to a large amount of pilots painting their aircraft numbers with multiple colors, opposed to the standard black and light grey. Kat chose the colors of red and white to show her time spent in Veredalia (which went up in flames) and Silvansen (which went out silently and coldly).

Showing off the F-6

Showing off the F-6

Flying in formation with A-2b

Final Notes:
I really enjoyed building this aircraft and adding to it. It is a fun aircraft in my opinion and is able to used in a variety of roles, ranging from ground attack to dogfighting. I learned a lot about the limitations of the technique I was using for custom wings and how to make decent looking cockpits.

However, due to time restraints, I am not completely happy with it. I planned on making a splinter camo with the aircraft and improve the landing gear. However, due to final exams, general life stuff, and an ever increasing part count, I was unable to. Hopefully, when all is said and done, I can revisit this aircraft and finish the extra details and repost it. Till then, I will just have to use a image of the aircraft painted with the camo.

I hope you enjoyed the F-6 Foxhound and remember, have a great day or not, the choice is yours. 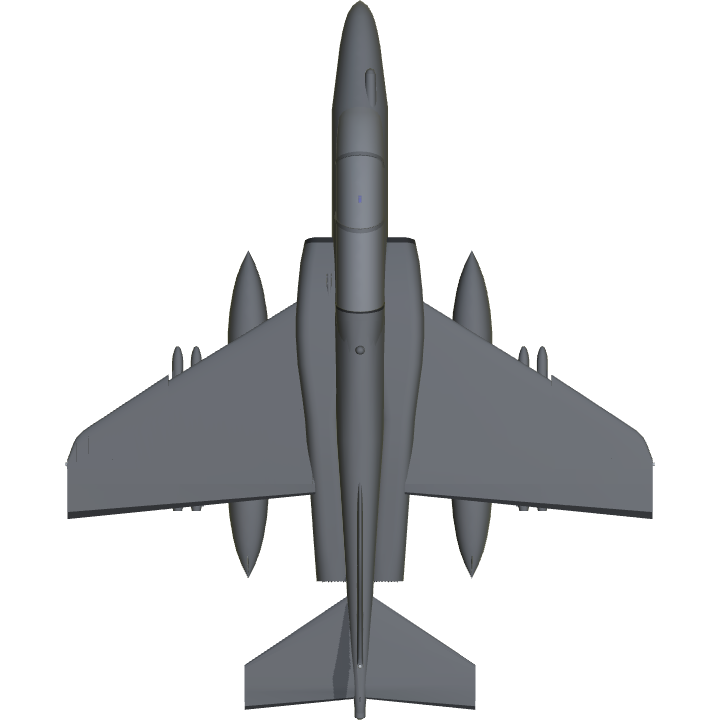 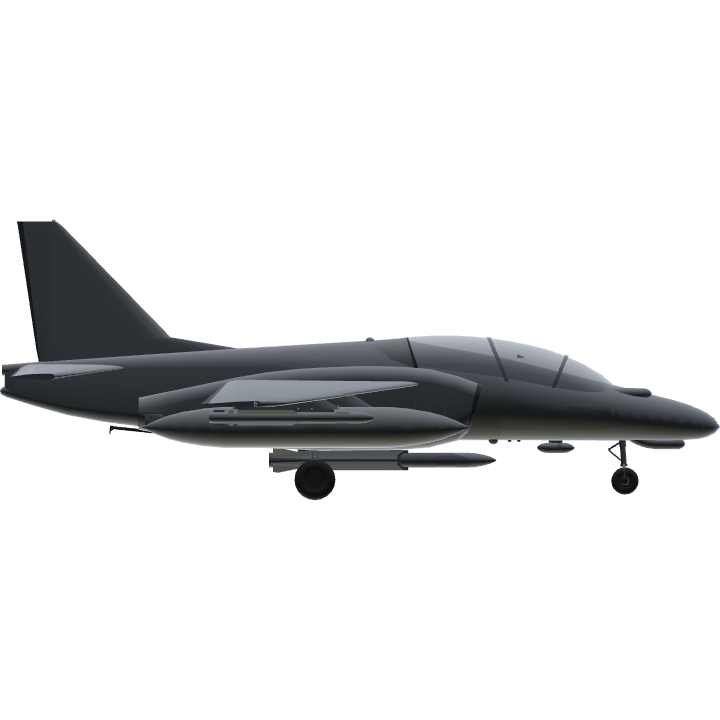 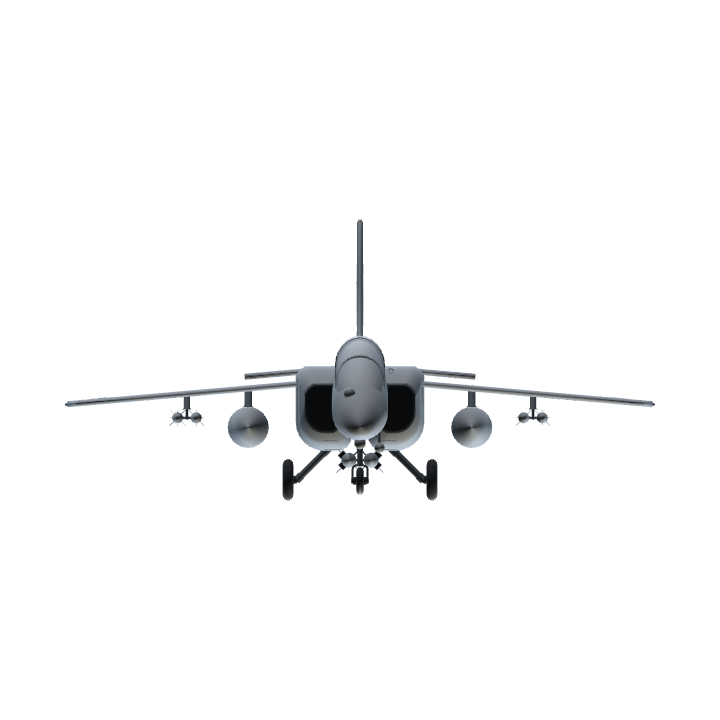