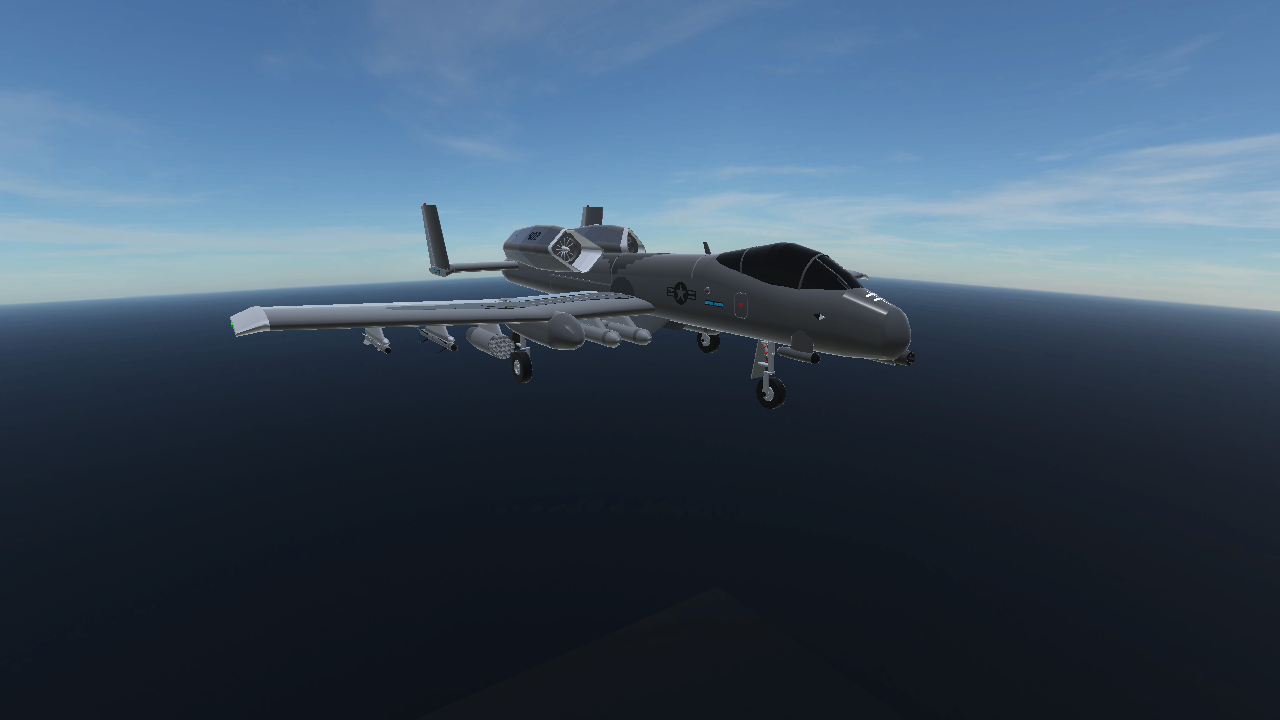 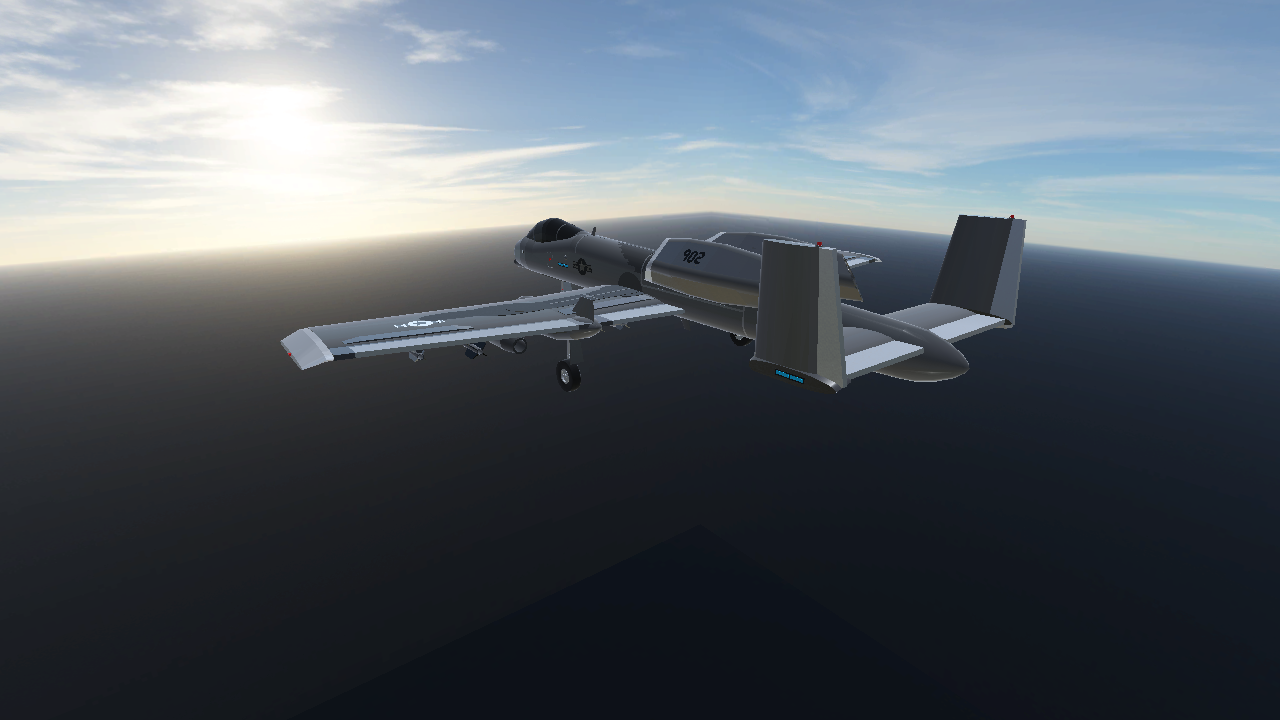 The A-164 Wipeout is a single-seat aircraft used for close air support and air interdiction. The life-cycle of its predecessor, the A-10, ended in 2030 and the need for replacement grew more important with the rising tension in the Pacific. A limited development budget did not allow for a fresh start, instead the concept of the A-10 was improved with better shape, engines and armaments. The Wipeout is a twin turbofan-engined, semi-stealthed ground attack jet that uses a cantilever low-wing monoplane wing design with a wide chord. It is meant to be used exclusively for ground attack and close air support. By default, the Wipeout is armed with a 30 mm gatling cannon that is loaded with 1000 rounds of high-explosive (HE) ammunition.

*Build according to the
A-10 blueprints

-Trim Down Flaps and Airbrakes
-Gear to retract LG

Special thanks to Sauce for helping to balance it 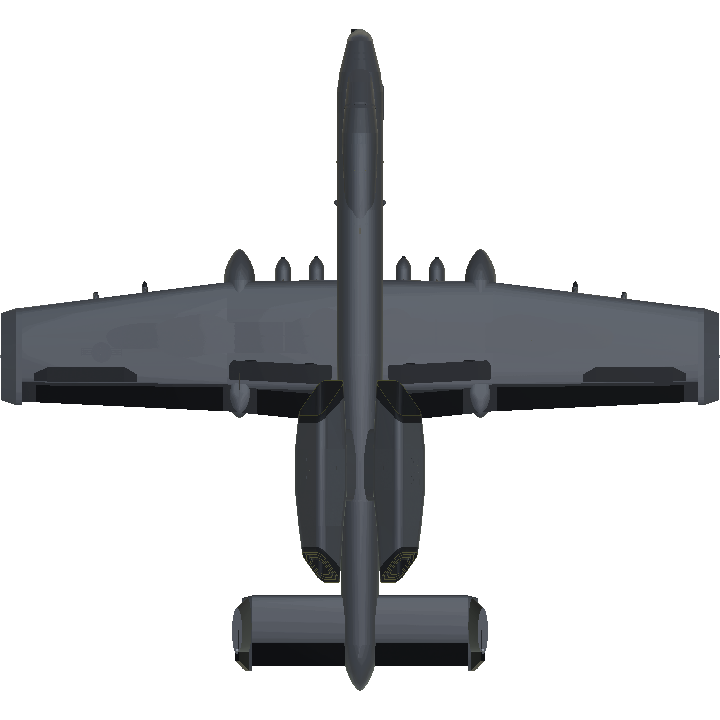 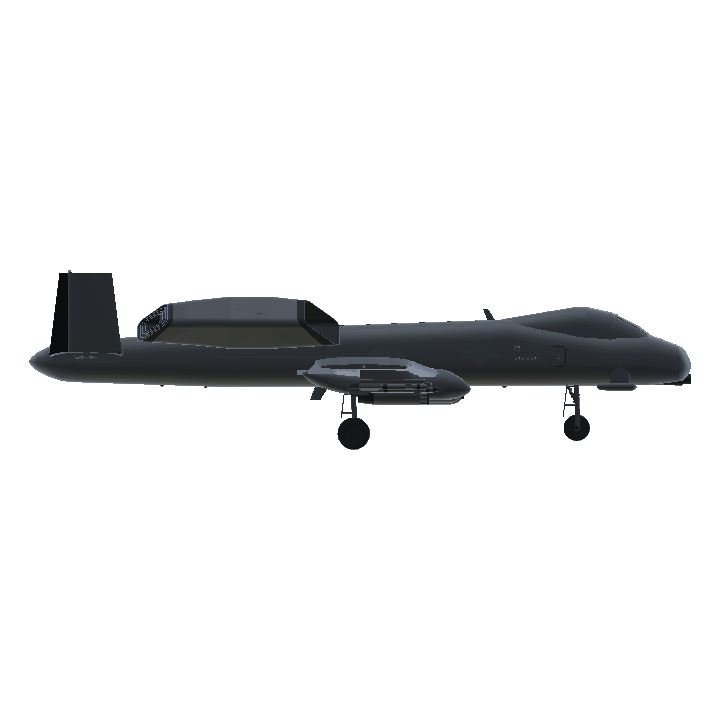 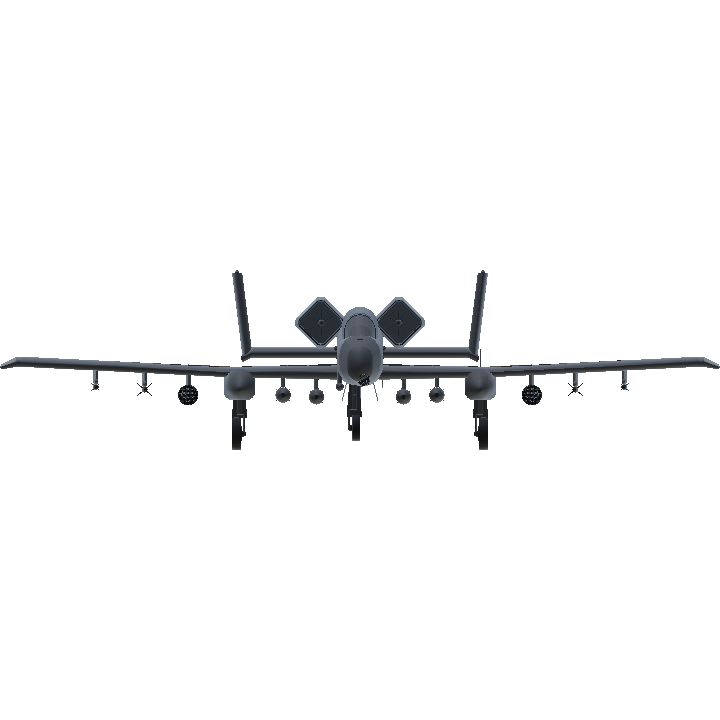