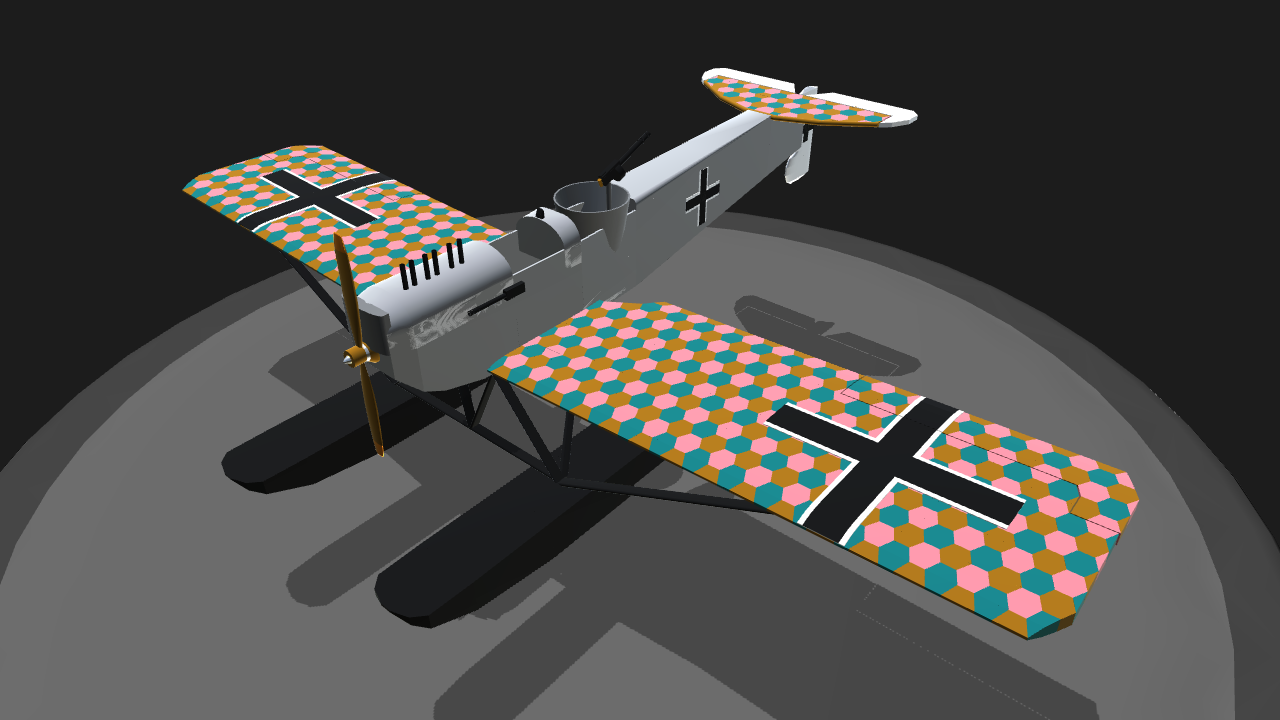 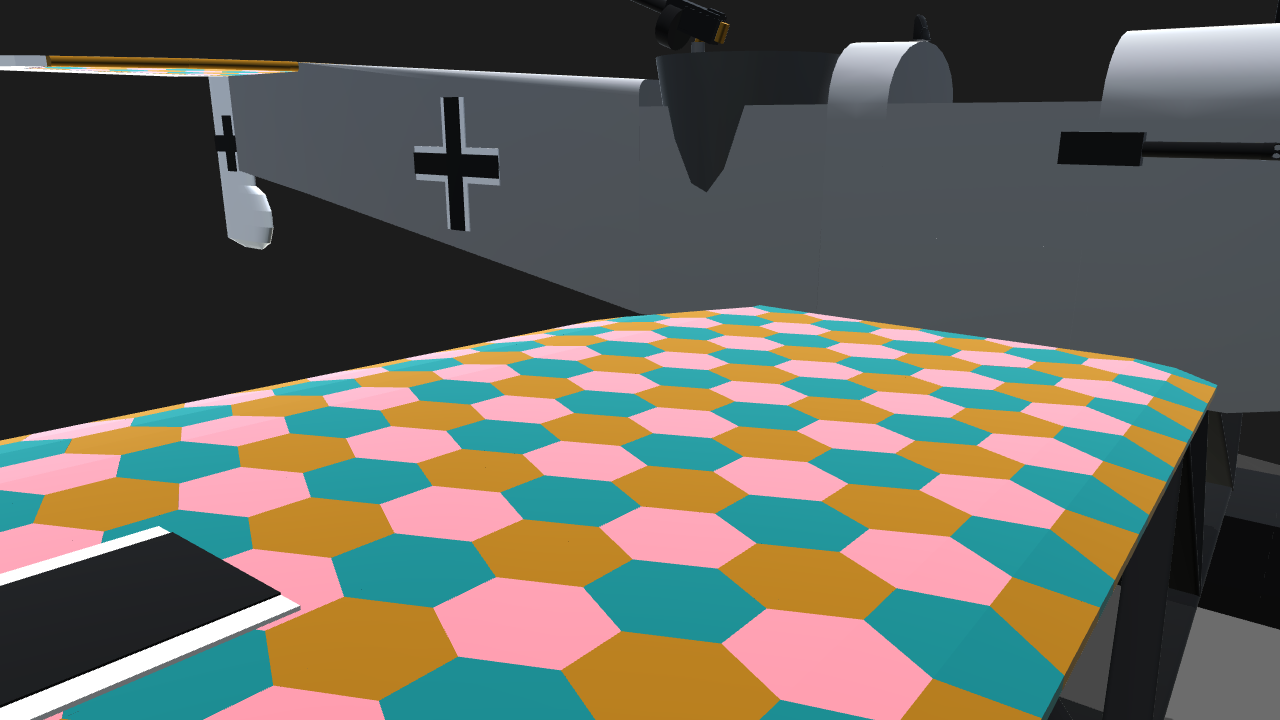 well to start with, an apology, my pc is struggling with this so ive had to call an early end to the build hence cockpit / gunners position not as polished as i would like. On the plus side, just look at that camo =) Easily half of the parts just for that effect.

If you can ignore the load times its loads of fun to fly (i left it slightly over-powered, take off is at about 100mph)

The Hansa-Brandenburg W.29 was a German monoplane fighter floatplane which served in the closing months of World War I, from bases on the North Sea coast. It was based on the W.12 biplane that it was designed to replace. The monoplane configuration created less drag, and thus gave greater speed. 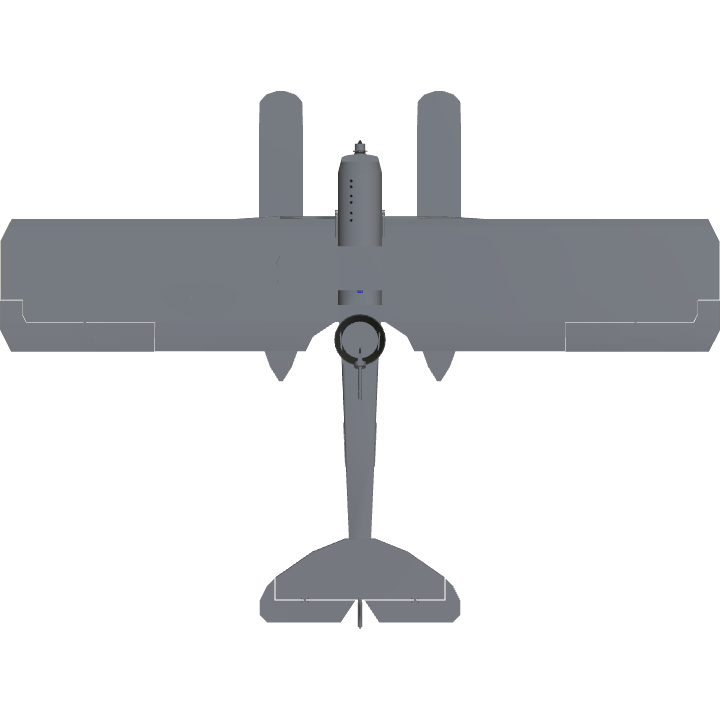 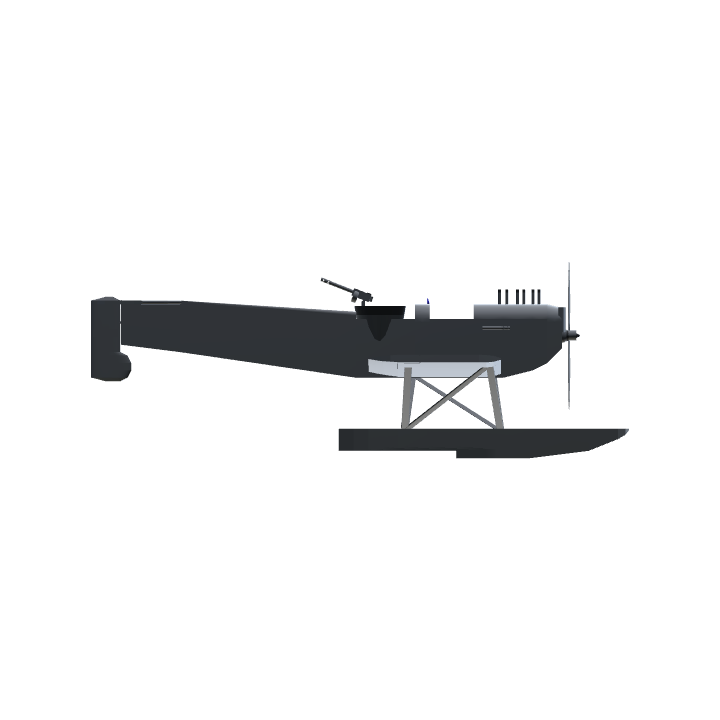 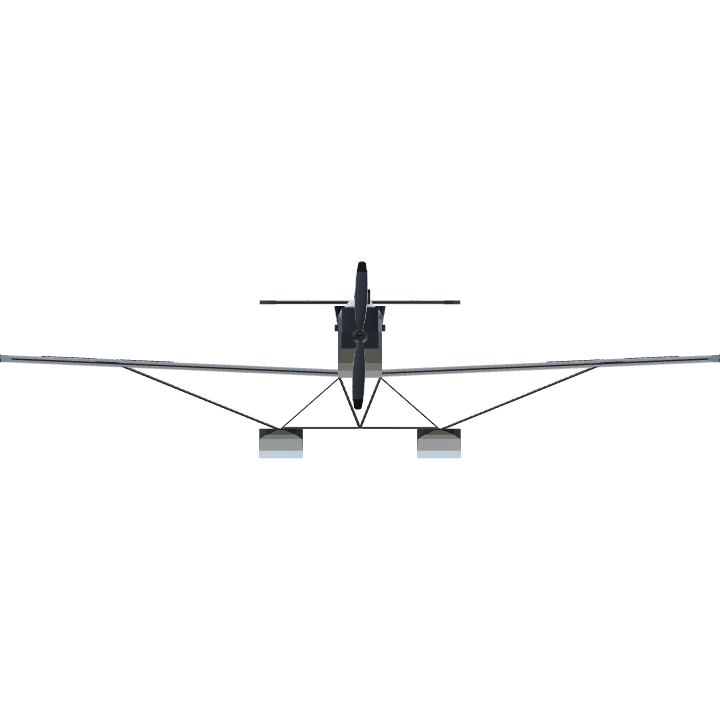