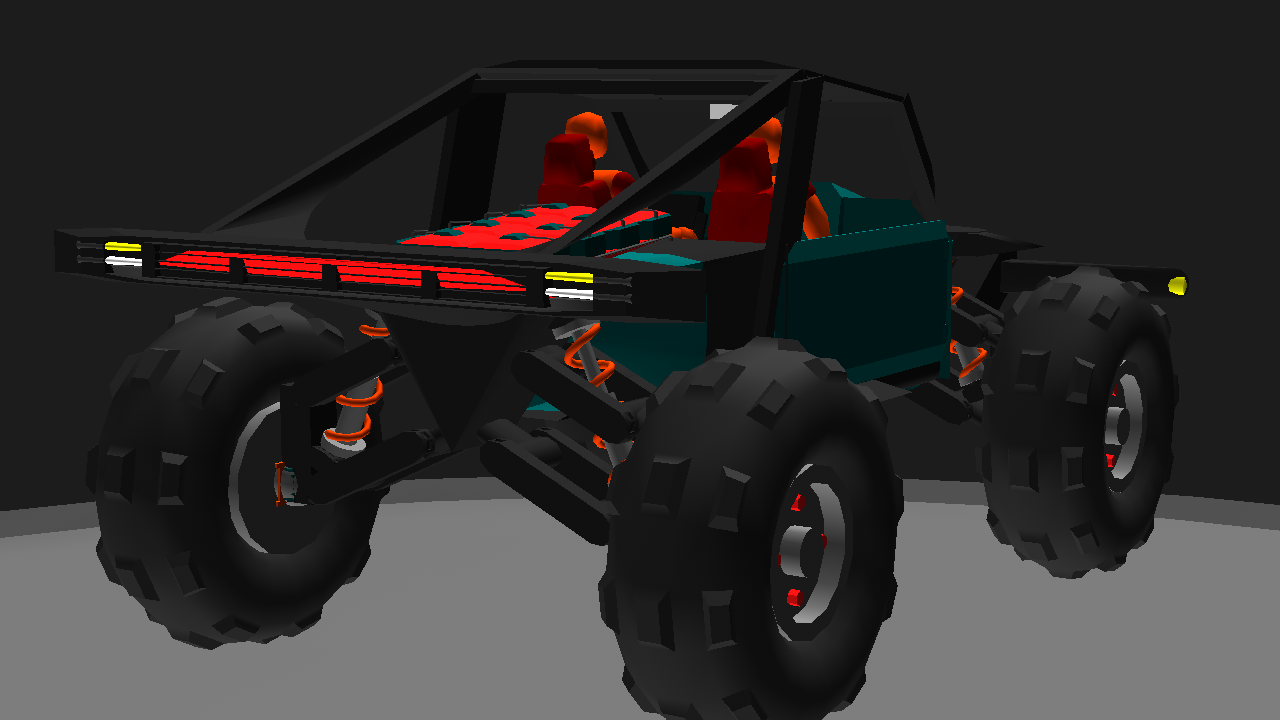 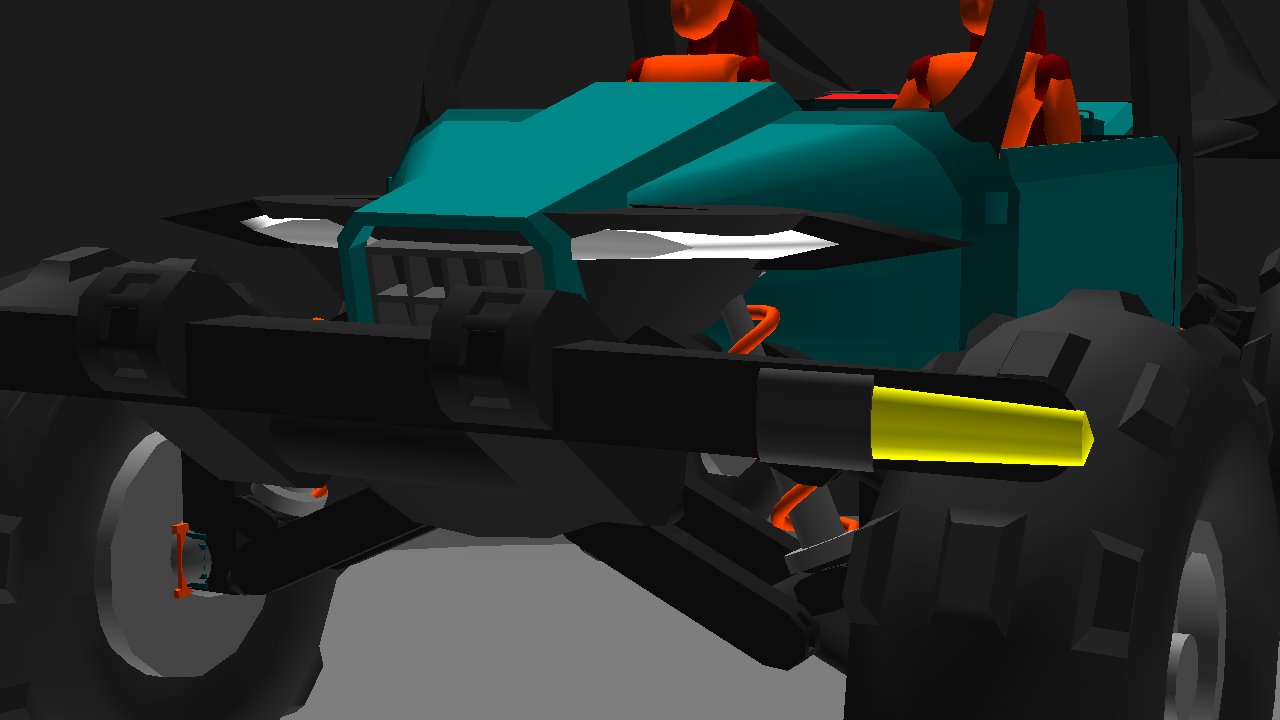 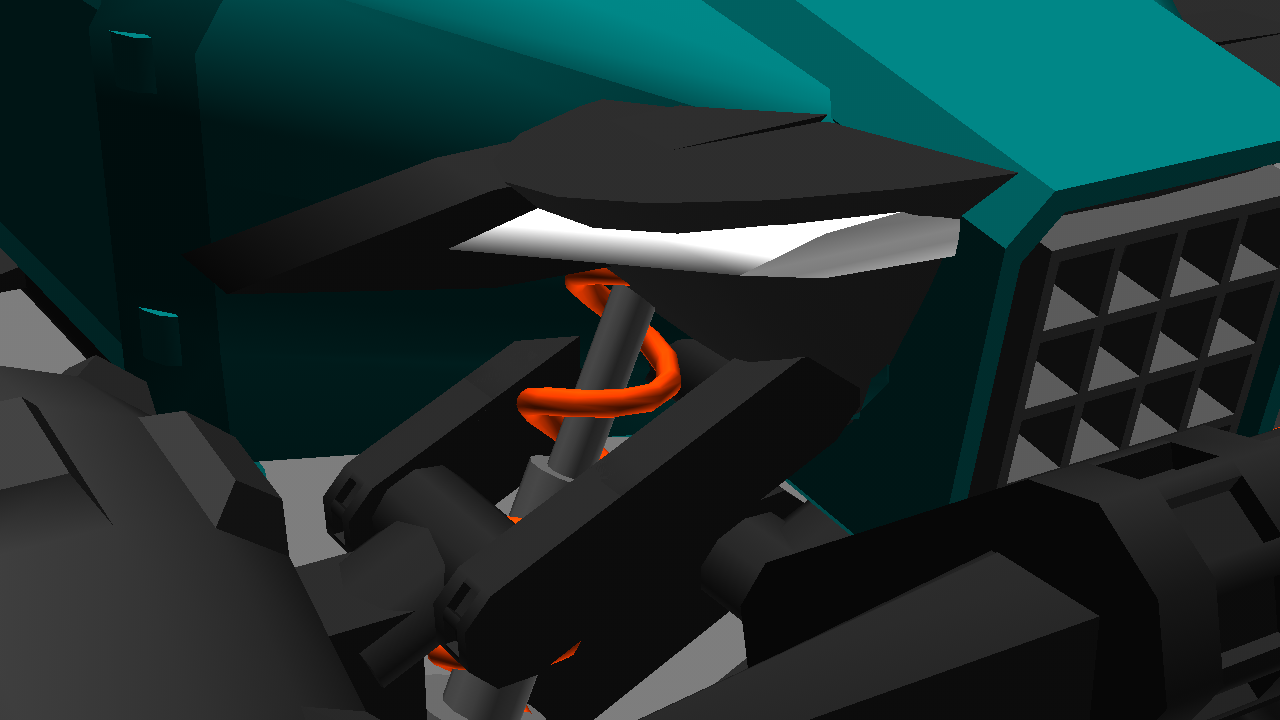 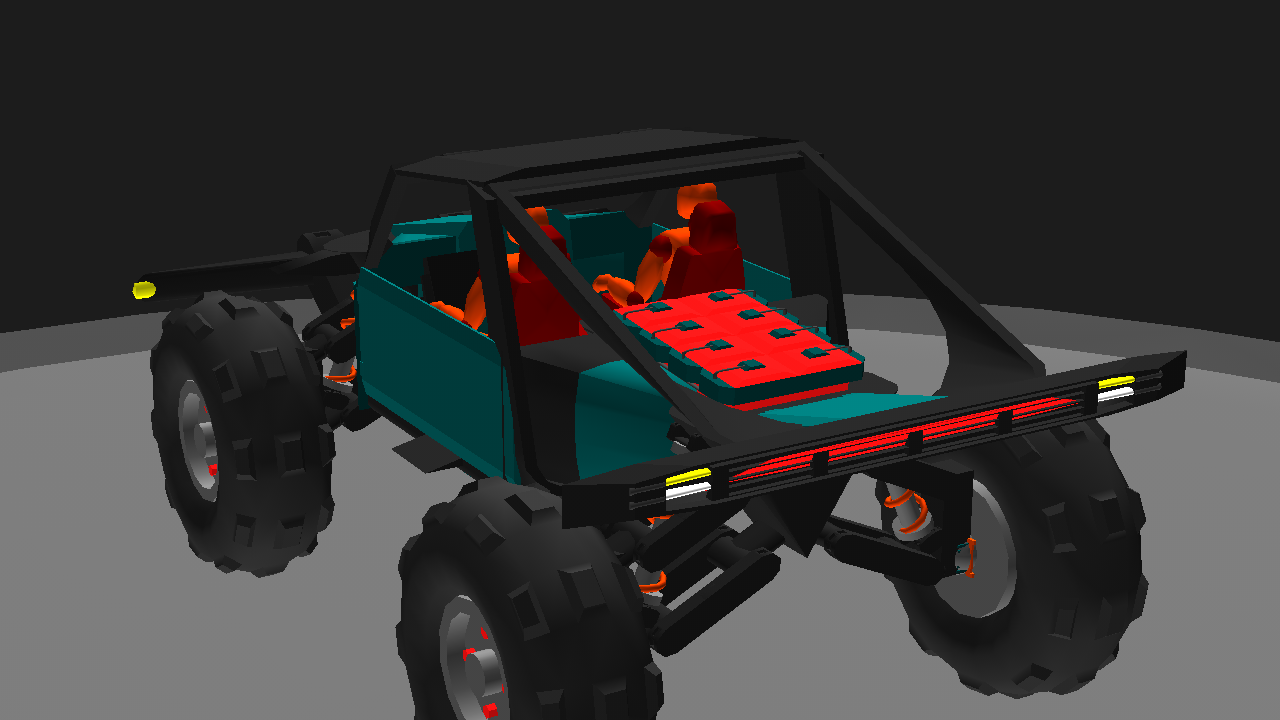 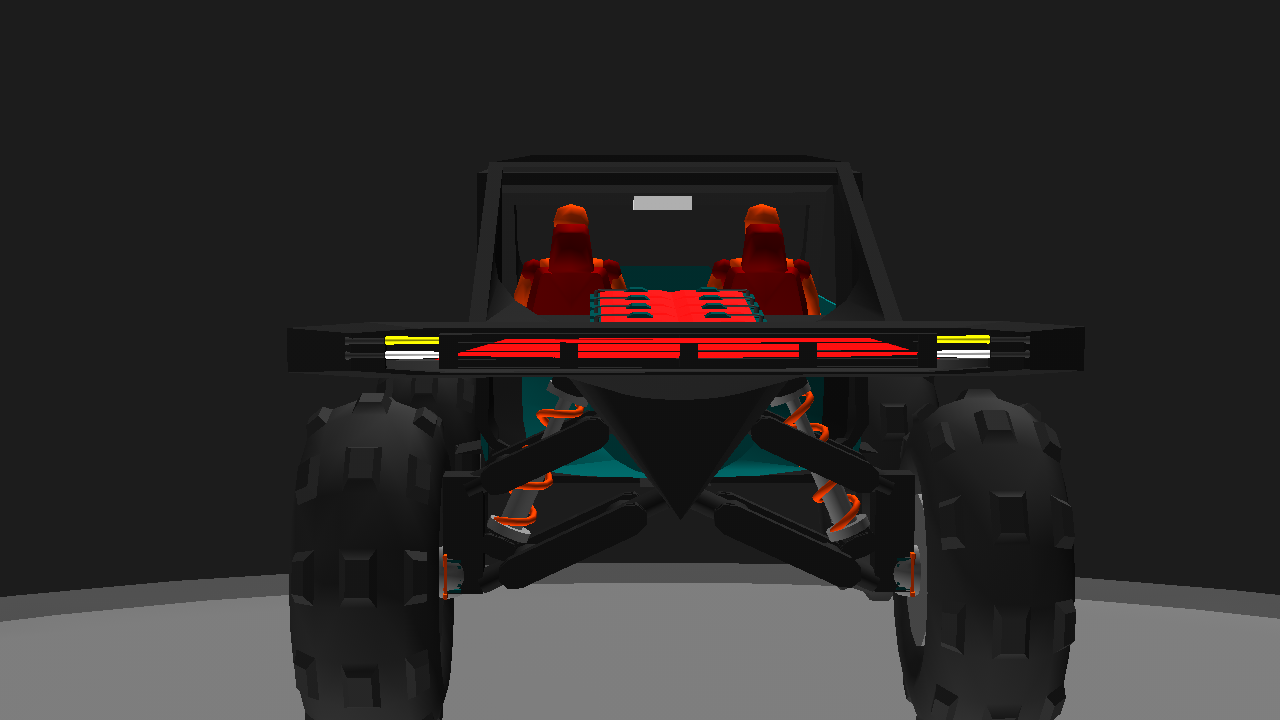 Update for the 1st vehicle.this will still be an ongoing W.I.P have put a lotta features most are for fun like wheelie mode, 3-variable accelerations on engine, toggle rear/front steer..pivot turn...signal lights..carhorn..etc...any Feedback and Suggestions needed to help me improve the build.

•Default accelerationmediumor use as boost to AG1

When not moving steer in place

From first car to this

@edensk on help on forum

@Bogdanx for your codes on limiting top speed

Save Manuever: sidewall (when flip on side) i prefer using AG4 rear steer...point wheels to the ground and use AG2 max ..hold pitch forward to spin till upright
Trick manuever Moonwalk: AG2 max speed to gain enough speed--->Brake hard immediately reverse pitch when the front end goes down to raise backend try to sustain ..(i find it hard to sustain but seems possible on build)
Donut(crappy version) prefer use of AG4 and pitch up.. i dont know how its done proper hence this

NOTE to self tweaks and improvement for next update

(note: GYRO not ON as default) (CounterMeasures ammo set to 0 but can be used as a button)

LaunchCounterMeasures+Pitch(up/dwn)----->BOOST To Default and AG speeds (used MAX acceleration)(edit: reminder to self: make auto level turn-off while boosting CM during pitch input.. like in first car ..forgot about this one during upload)

Brake ---------------------------> Brake and opens Airbrakes (lols) a.k.a. Doors and Top
(can also be used to recover when car belly ups or on it's side..car will flip up via airbrakes may damage car when brake too hard) (btw rear airbrake open automatic on pitchangle greater than 22 as i recal ..set up to point back front end down during jumps can also a visual indicator if car on a steep incline sometimes i forget im already on a mountain side.
you can also use ReversePitch to slow down in increments then Brake. Also notice those airbrake a.k.a. "doors" get small when opened must be the effect of scaling

Default Acceleration medium -->(from default spawn on wright 22secs to reach end of wright's runway & speed 301 kph)
(heading: from 000 to 359 veer 1degree to left )
(condition: None of AG1 or AG2 active & launchecountermeasure not held)

AG1---->Slow acceleration ---------->(50secs to reach end of wright's runway & speed 139kph)
(condition: AG1 is active & launchecountermeasure not held)
(when on steep mountainside ...for more power toggle off AG1 instead of using AG2/countermeasures Boost)

LandingGear -------------------> lower/raise "Slope Grips" Deactivated= Lower Active= Raise
(will not lower down if speed is greater than 13kph)
(If Deactivated and speed is high it will auto lower when u slowdown enough by braking)
(recommending brake first and lower down grip manually)
(grips are hemispheres with a lotta LOT friction ..ghost thru contact on terrain may result in KABOom)
(below PitchAngle 40..on debugger ) no grip on ICE ...not tested enough how much pitch angle it can take till it losses grip) 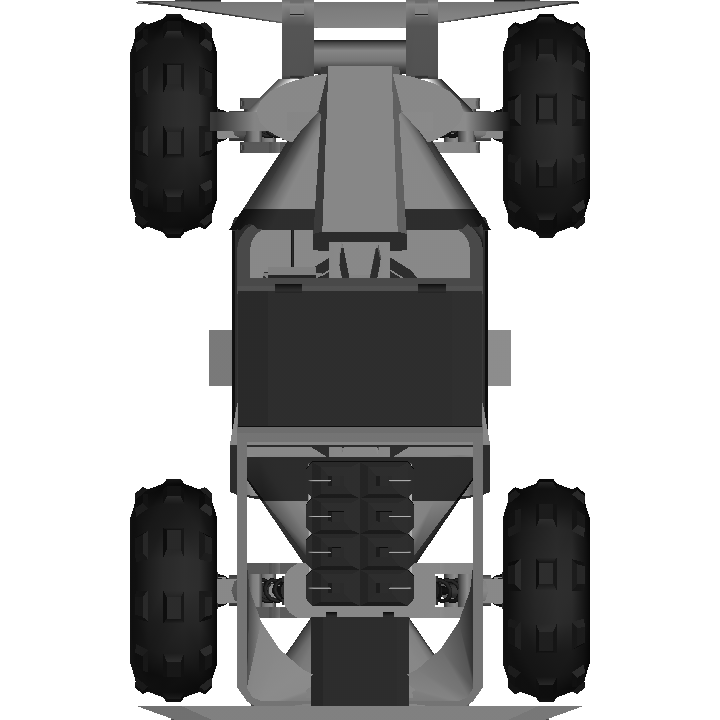 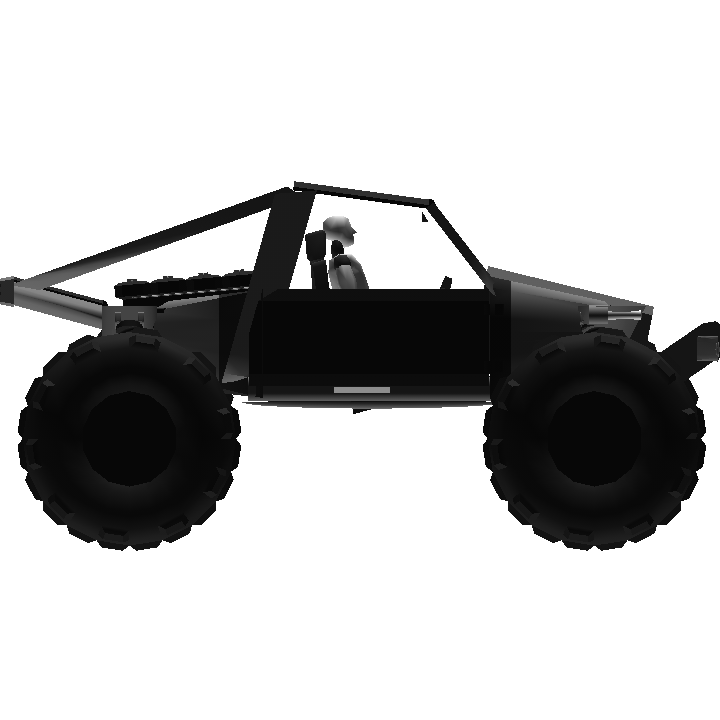 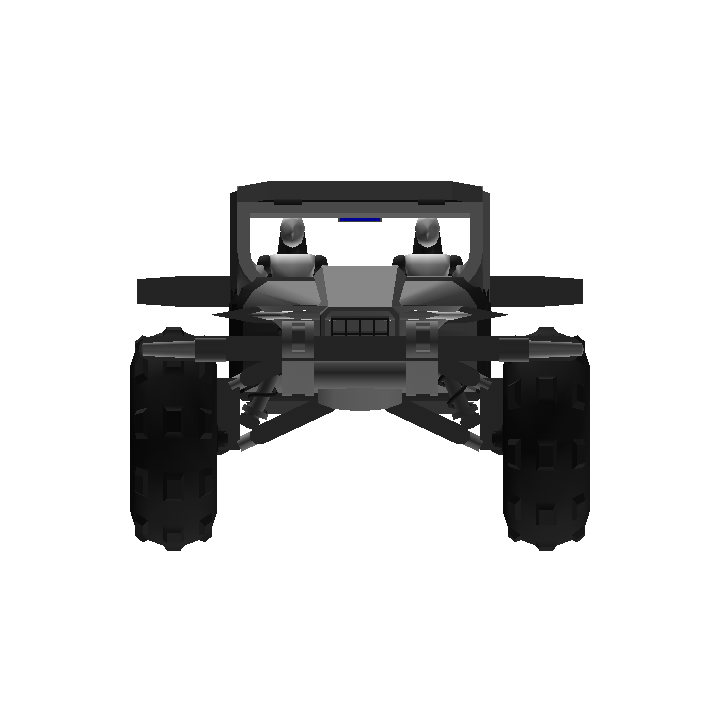