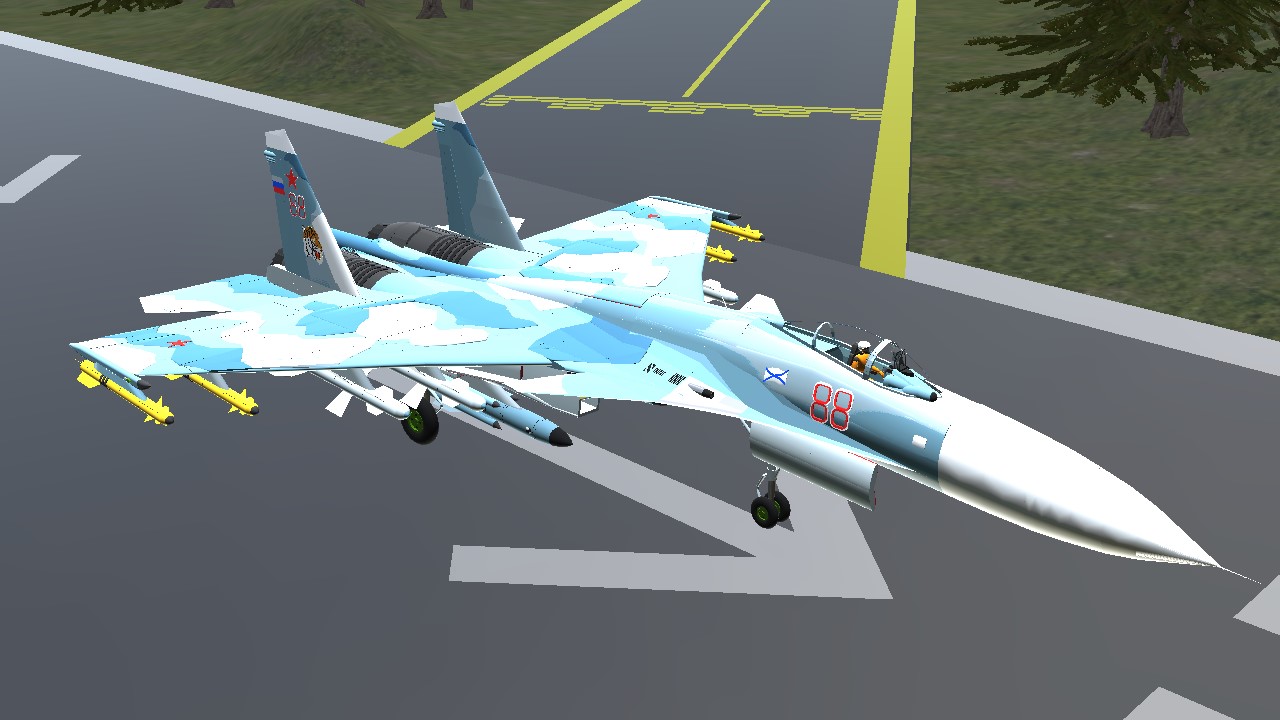 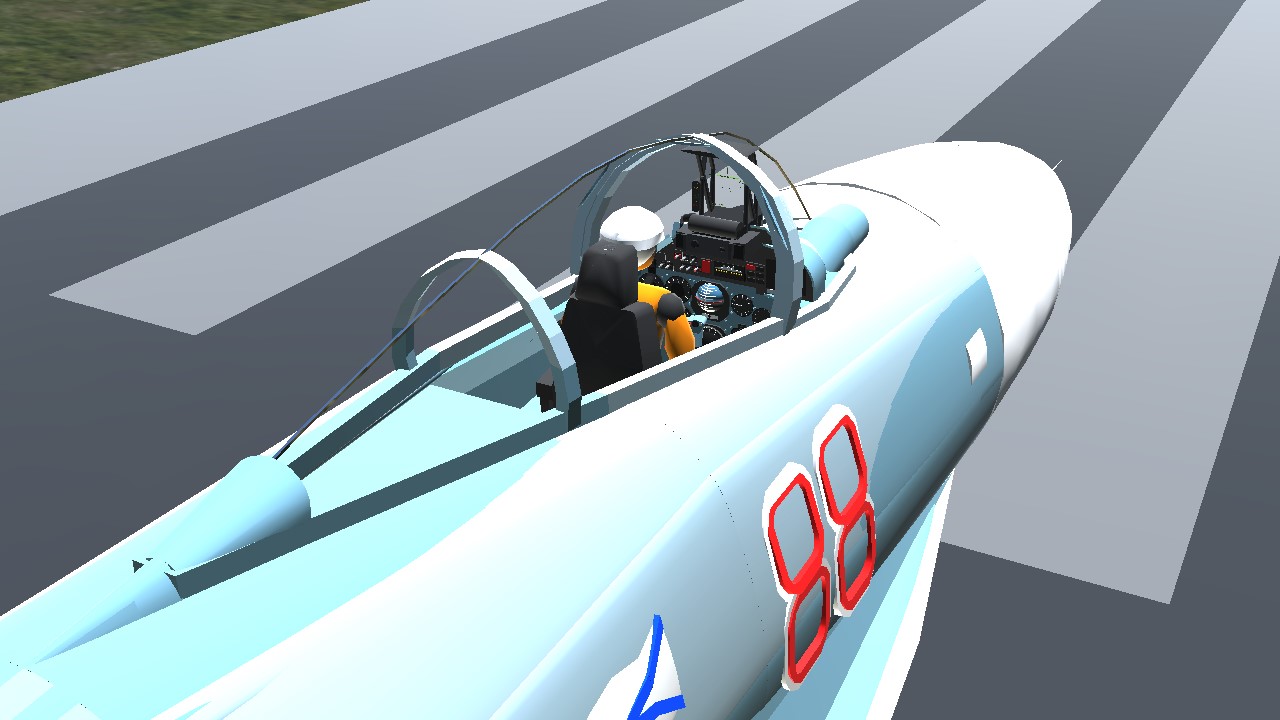 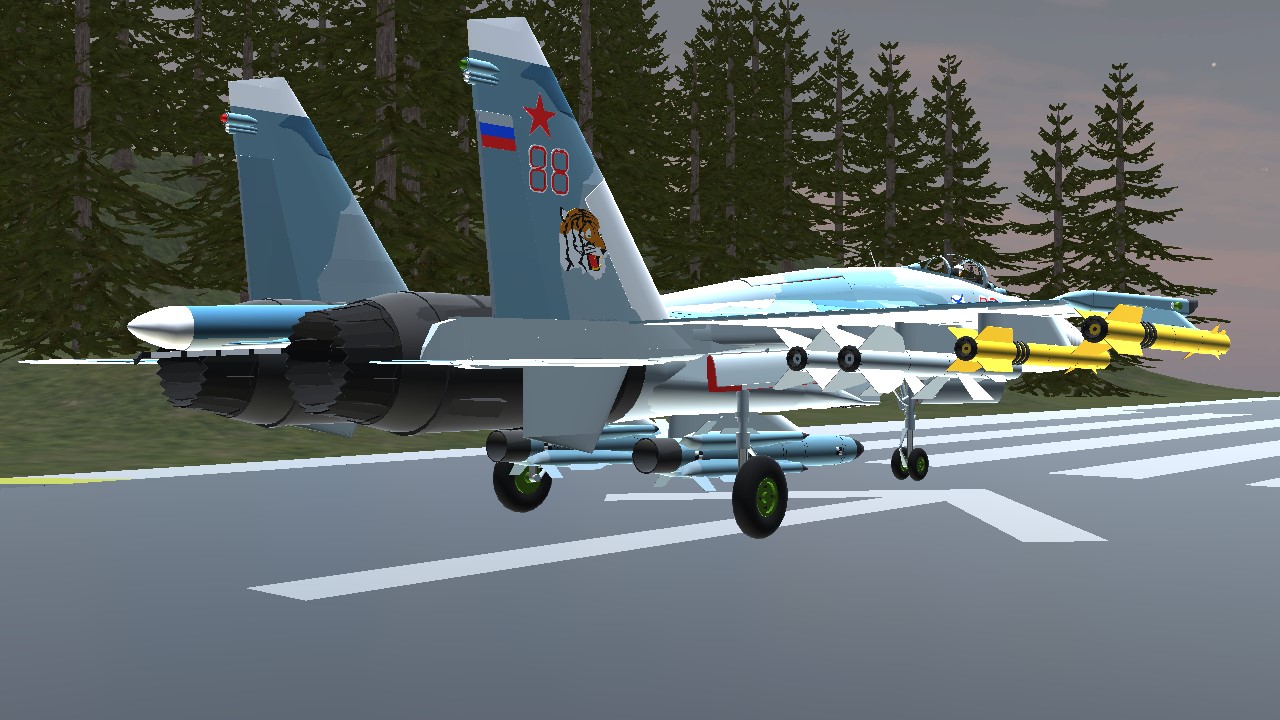 Sorry for posting this twice, there were some issues with the missiles. In spite of this, I’ve added improved landing gear and a tiger emblem on the tail, enjoy!

Big thanks to EpicPigster, Eternal Darkness and many more for helping make these build a reality!

If there is support, I will upload a reduced parts version of this craft.

As a testament to how far I’ve come, I’m proudly releasing my Su-33 Flanker D to show my progress in the game. Featuring custom HUD and cockpit, camouflage, landing gear and emblems, it is indeed one of the best builds I’ve ever made.

Note:
I turned off collisions for all missiles so that you cannot explode yourself, If you want them, just ask. The Sukhoi Su-33 (Russian: Cy-33; NATO reporting name: Flanker-D) is an all-weather carrier-based twin-engine air superiority fighter designed by Sukhoi and manufactured by Komsomolsk-on-Amur Aircraft Production Association, derived from the Su-27 and initially known as the Su-27K. Compared with the Su-27, the Su-33 has a strengthened undercarriage and structure, folding wings and stabilators, all for carrier operations. The Su-33 has canards and its wings are larger than the Su-27 for increased lift. The Su-33 has upgraded engines and a twin nose wheel, and is air refuelable. 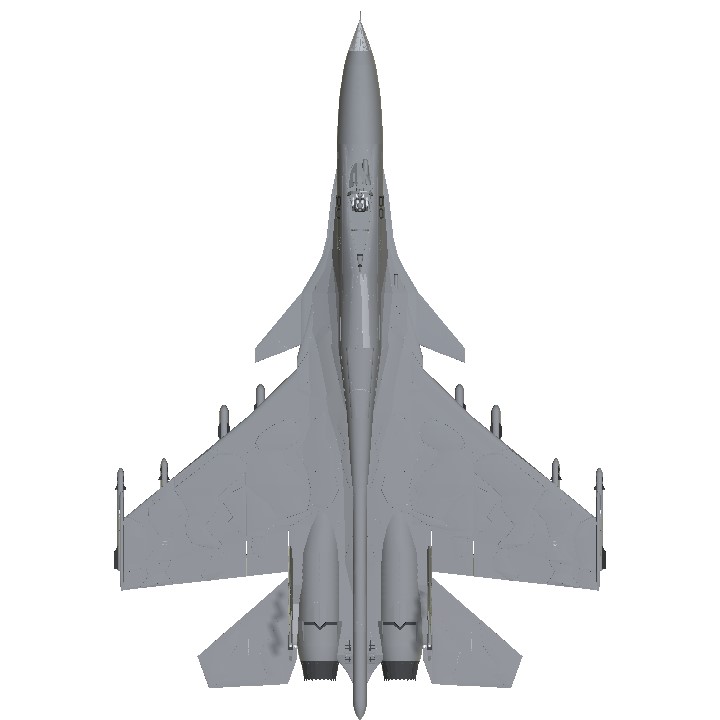 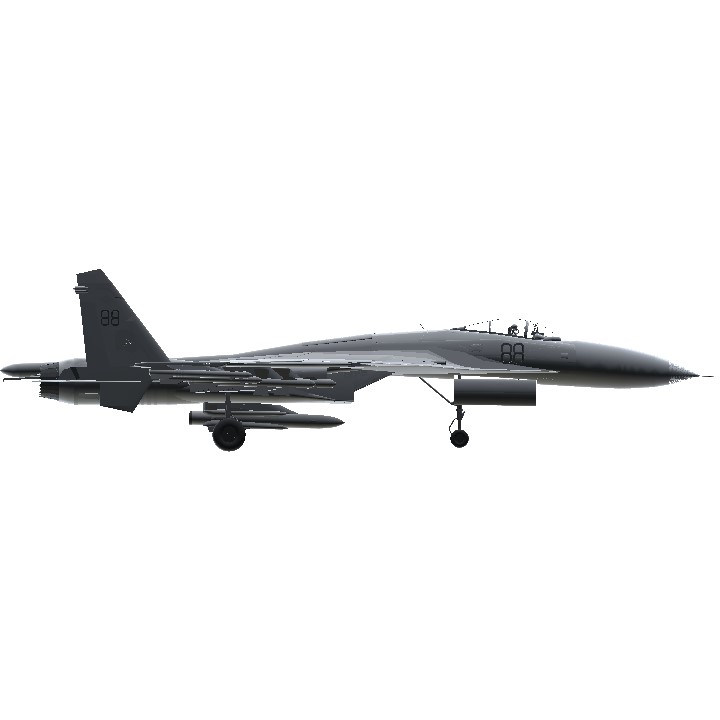 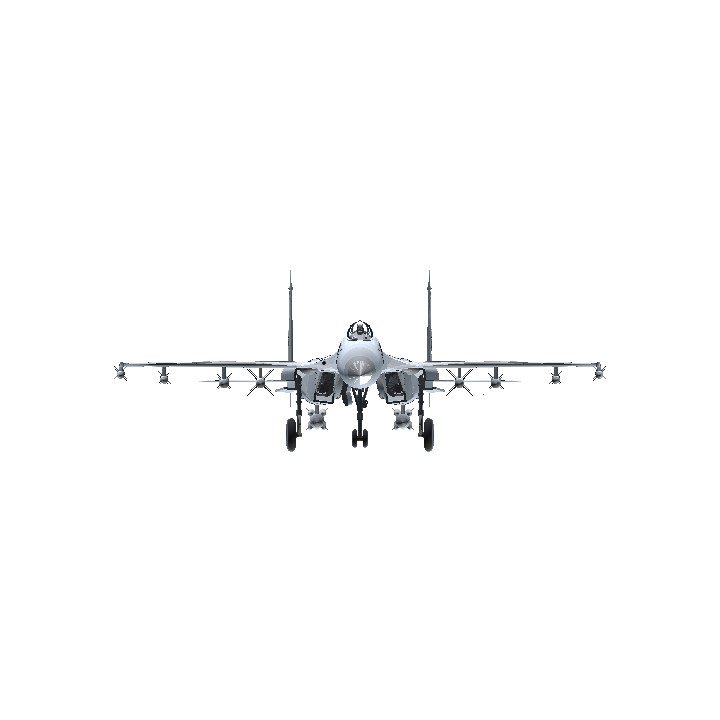