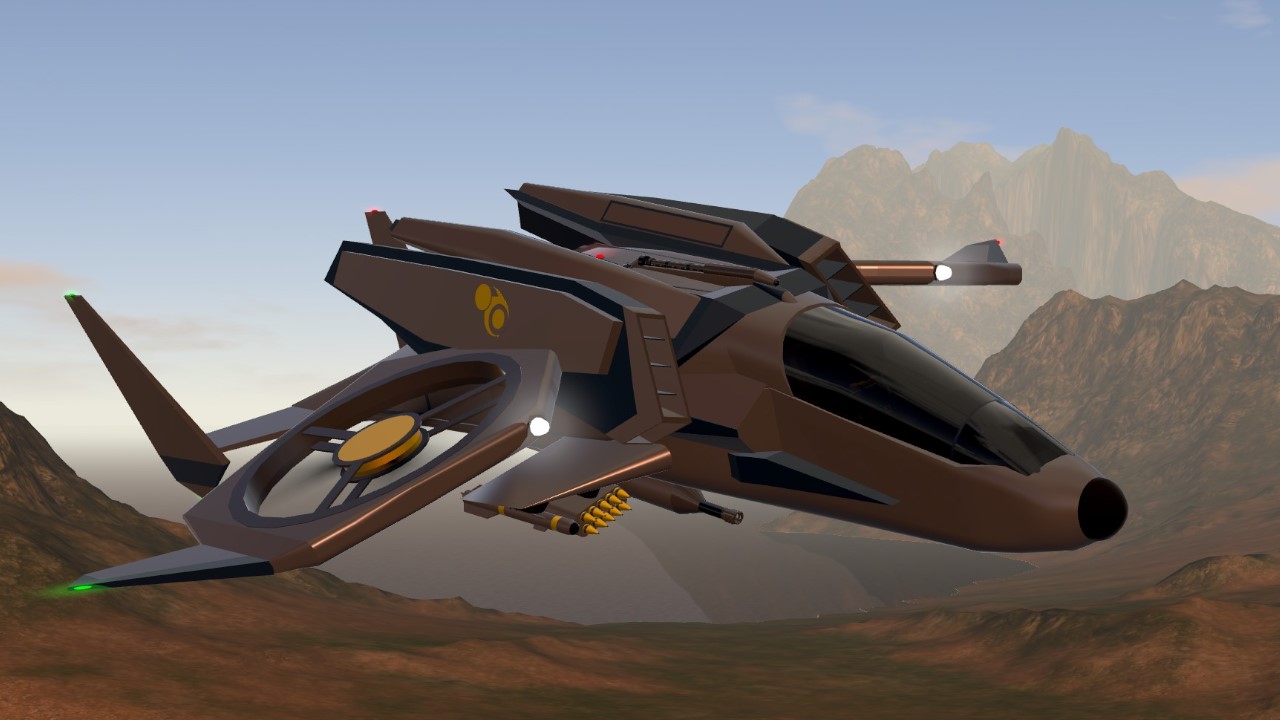 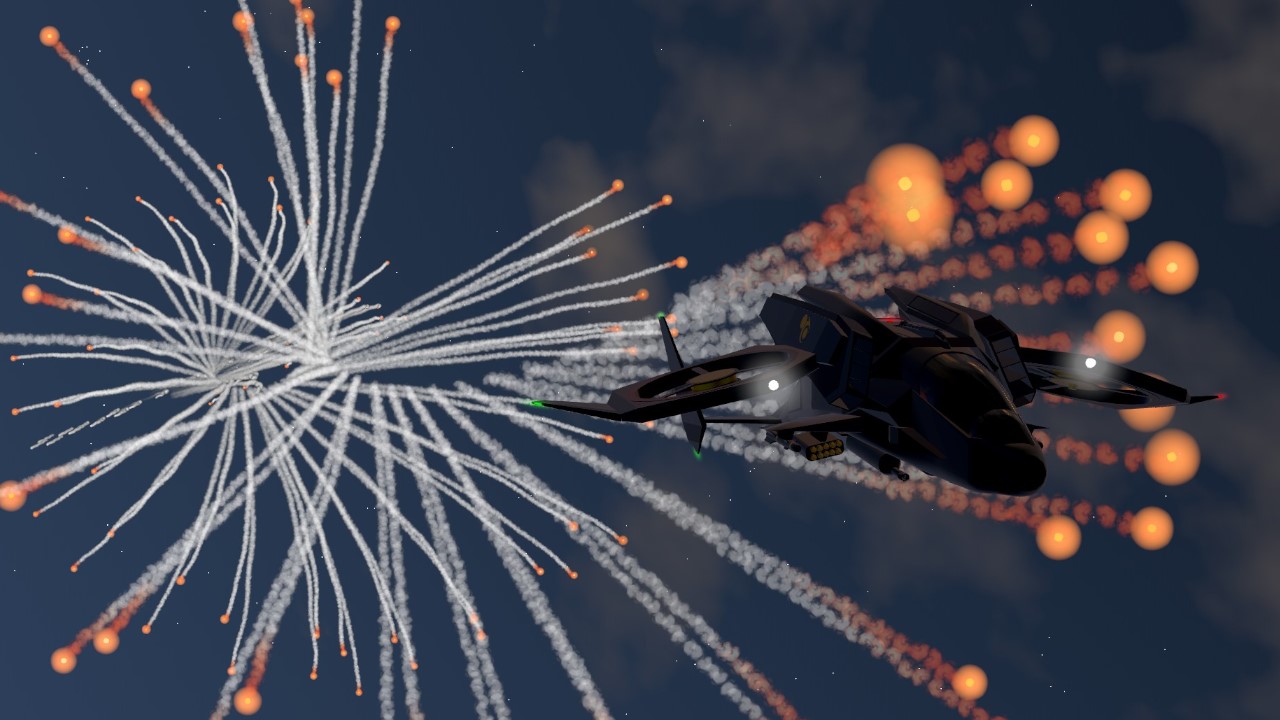 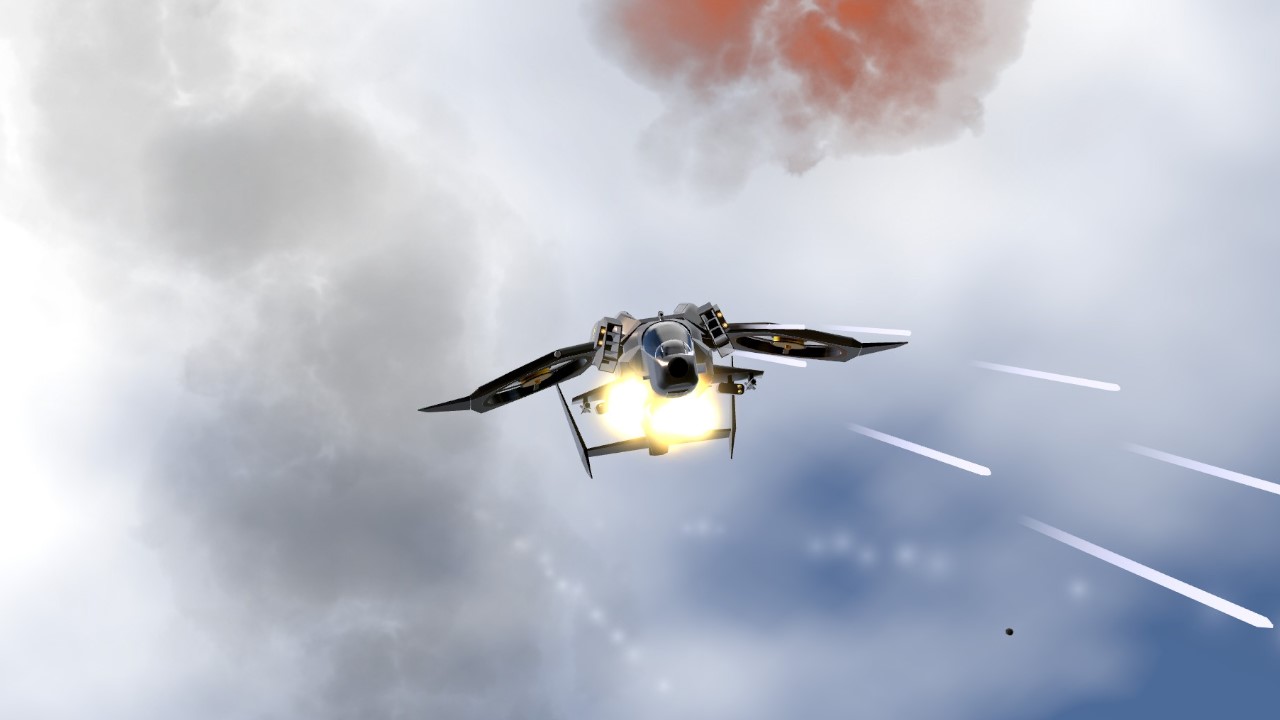 The HX-4 Firebird Mk.V is a multipurpose strike/ground attack VTOL gunship. Wielding a fearsome array of weaponry including missiles, unguided rockets, and a ventrally-mounted heavy cannon, the Firebird is a major fire-support asset to its allies, and a terrifying adversary to its foes.

Other, less essential controls (such as the refuel drogue) are only accessible from within the cockpit. All cockpit controls are labeled.

Trim is controlled both by the right-side levers and the large throttle on the left. This is to allow for HOTAS operation (even though it's a bit weird). Also, full-speed flight will require the collective to be at maximum, with lower speeds requiring less.

Engines may be started on battery power, or from the generators (if one engine is already running)

Click everything on the engine control panel except for the starter.
Then hit the starter.

The original version of craft was originally posted to the SimplePlanes website more than six years ago, under the designation "M.A.G.M.A Tech Helikillia". Unfortunately, it was later lost when the creator (whose name I sadly can no longer remember) deleted their account. I had downloaded it to my old iPad though, and it became my main testbed aircraft for experimenting with and testing new concepts when updates would come out. As time went by, I ended up completely rebuilding the entirety of the flight model on five separate occasions (hence the Mk.V), making improvements and changes with each subsequent iteration. With the 1.11/1.12 updates, I decided to go a step further with a complete nose-to-tail rebuild of the original gunship, which resulted in this version, the Firebird Mk.V. Though I have incorporated many new techniques that were simply not possible when the original was built, I have kept the overall style and "simple" aesthetic as a tribute to the original design.

The oldest version I still have is the Mk.III variant (third flight model rebuild), which still maintained the original fuselage and exterior details. I've included a few pictures of the Mk.V and older Mk.III together. 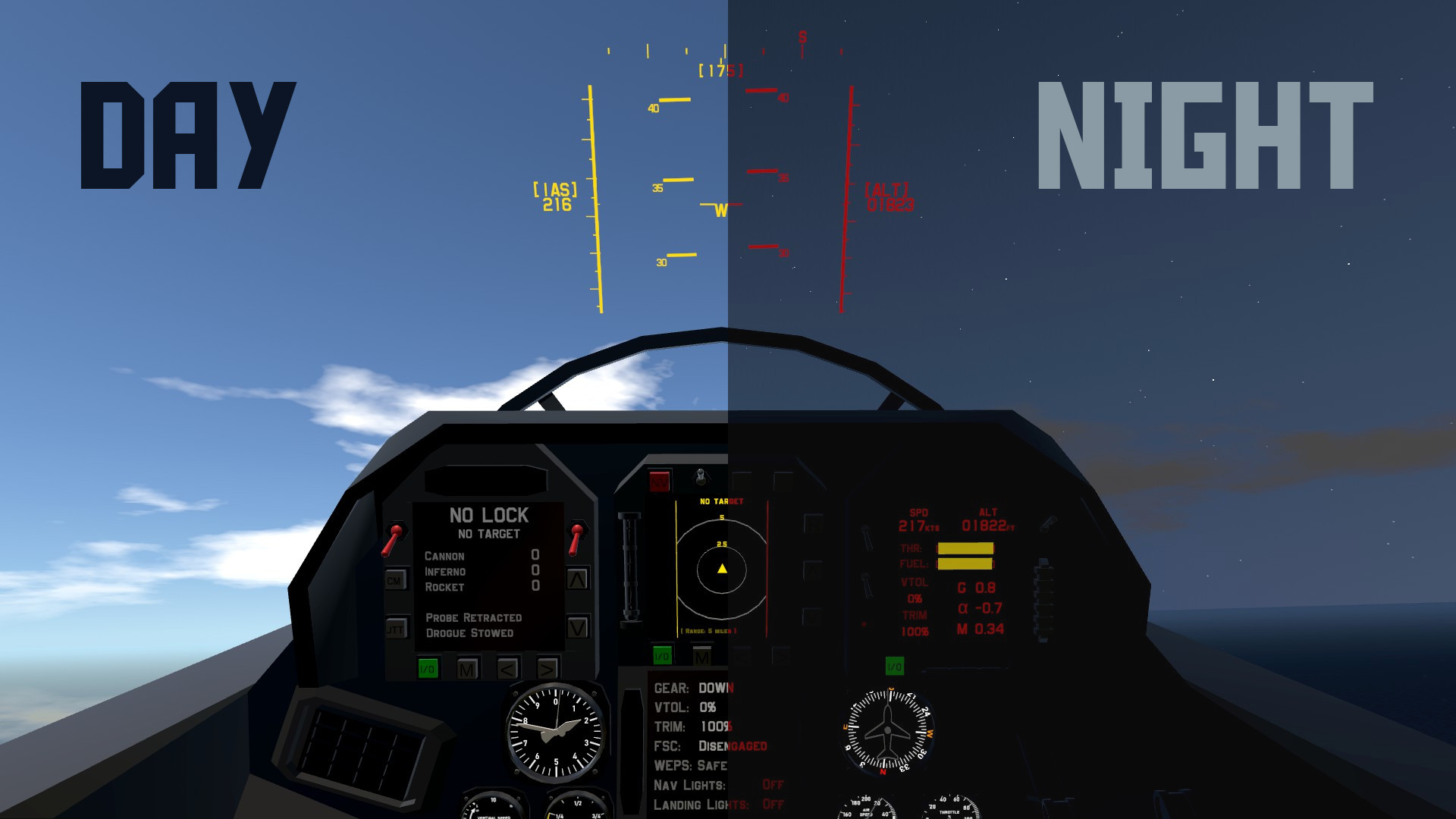 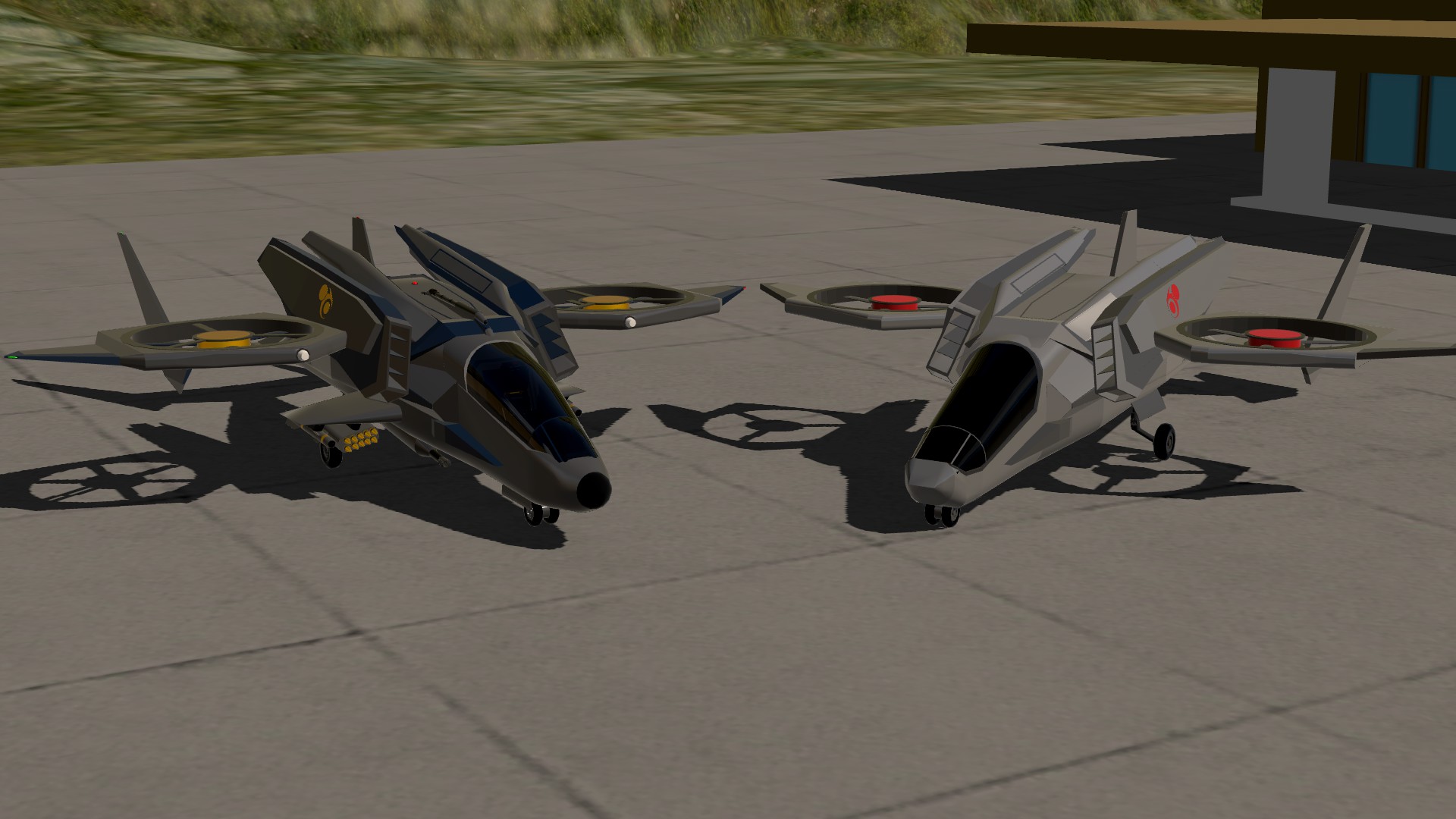 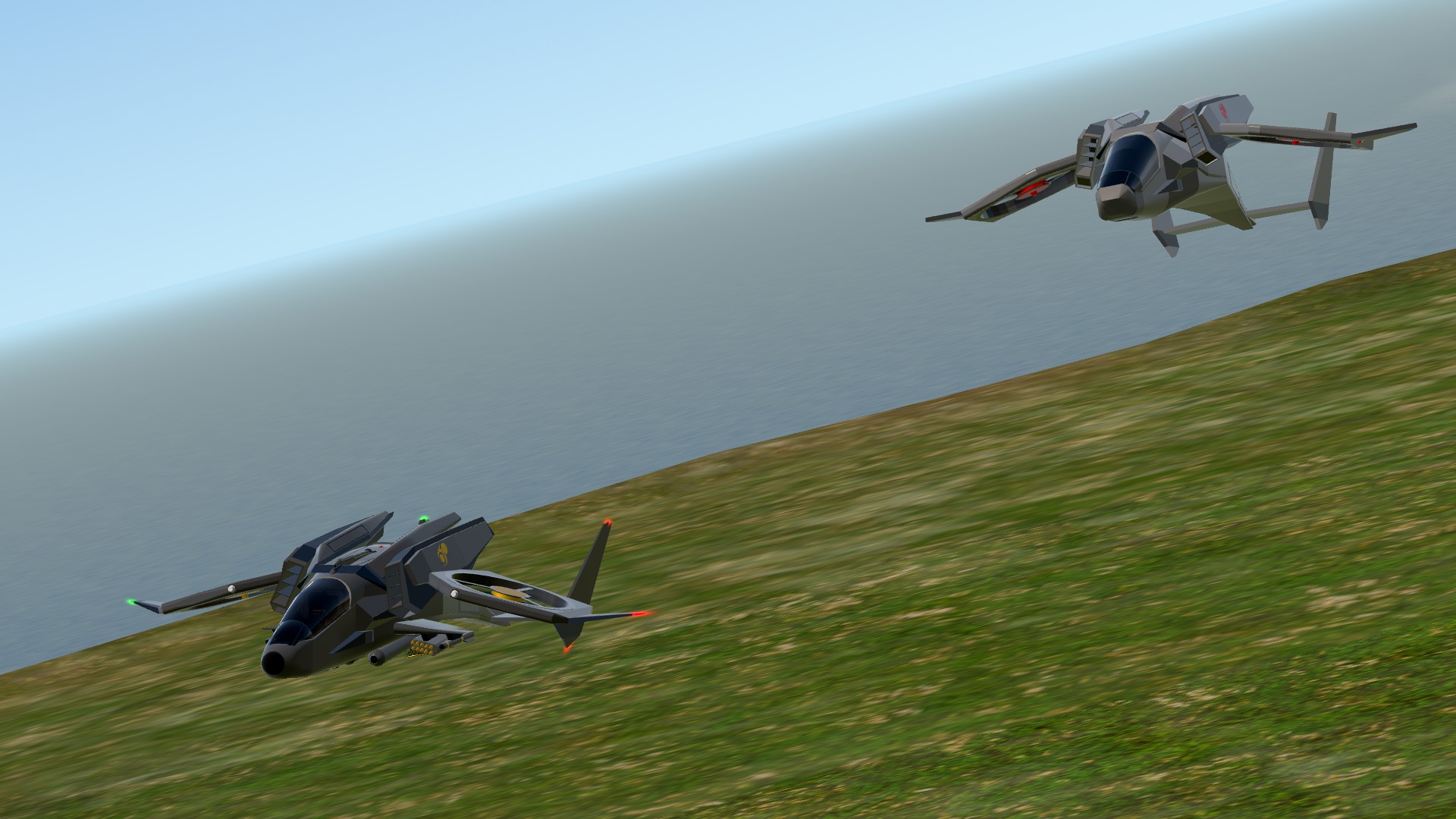 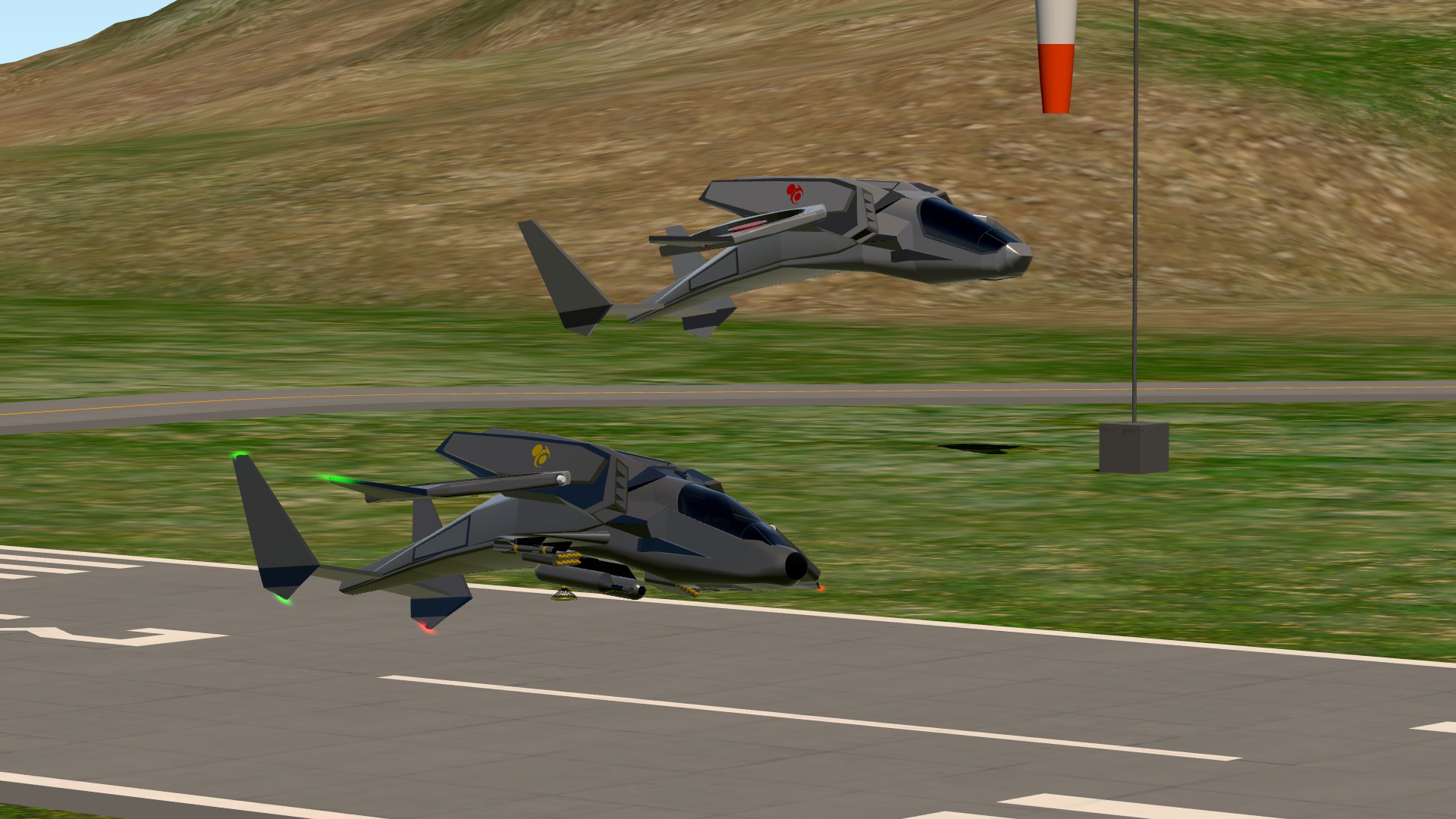 Thanks to DeveloperKorzalerke, Freerider2142, and SpartanSR91 for spending an hour of their time to help figure out why this was spamming console errors in multiplayer (and how to fix it). 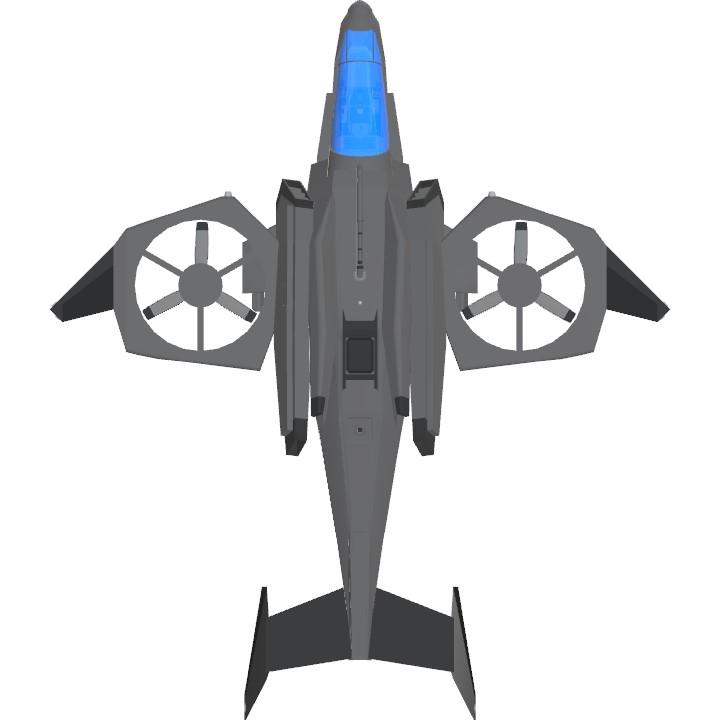 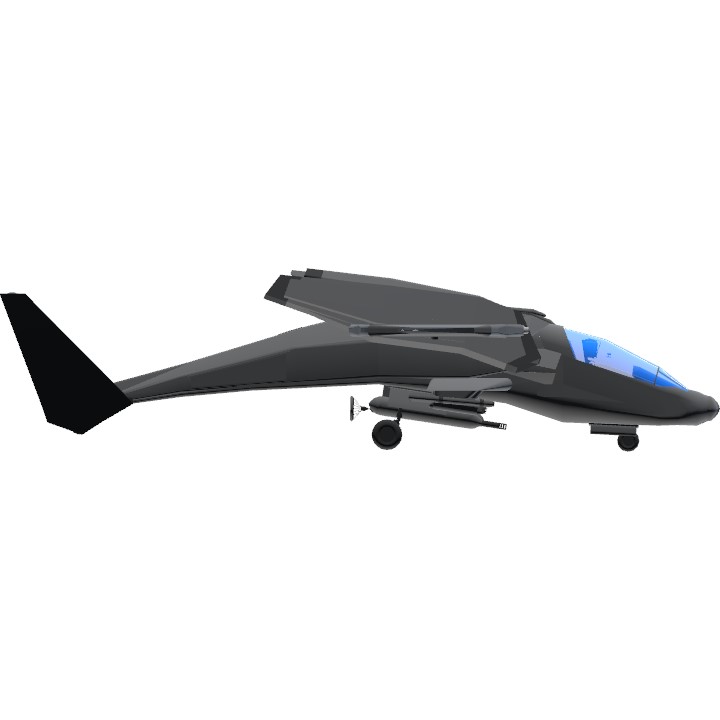 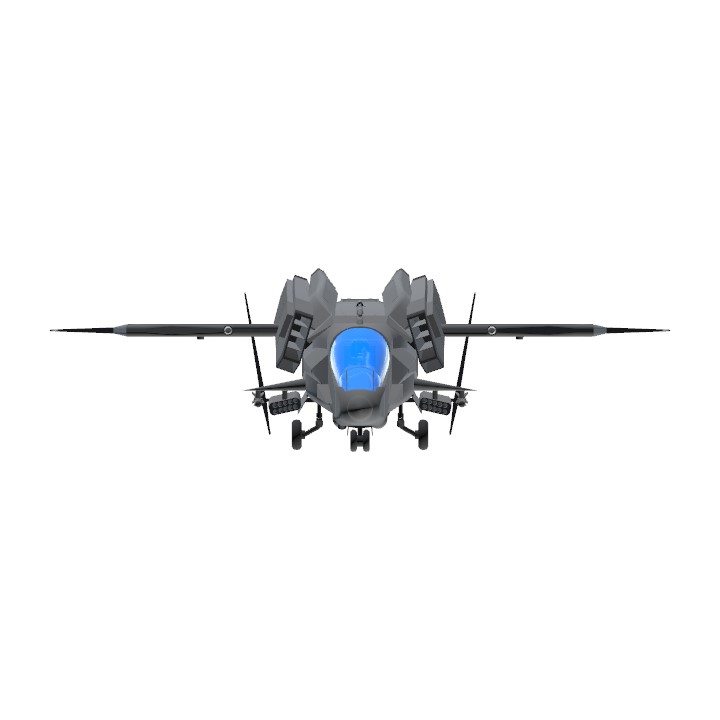