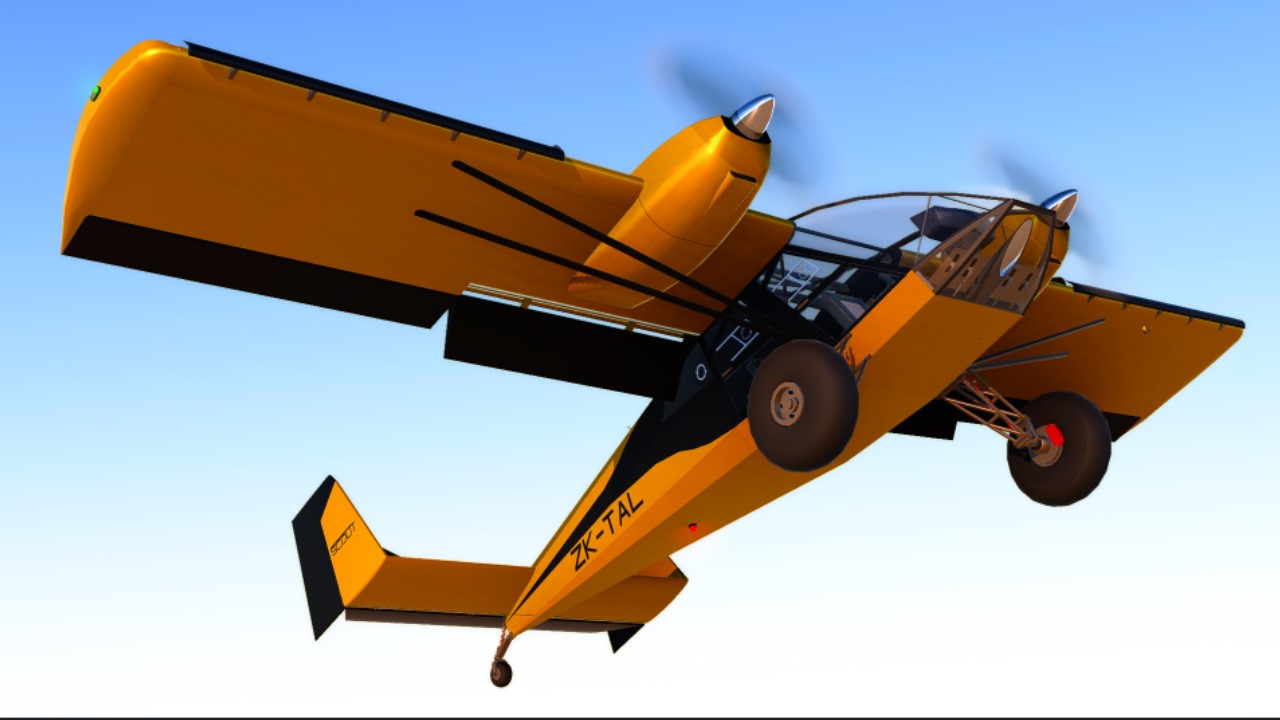 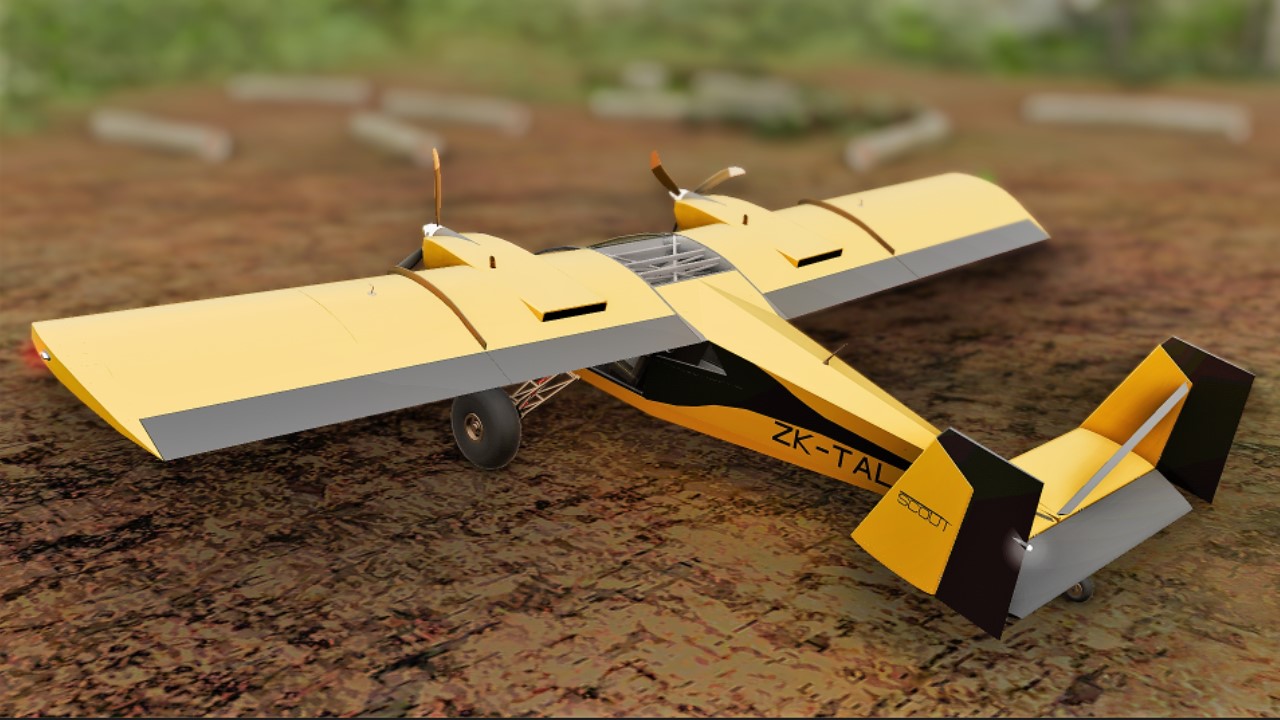 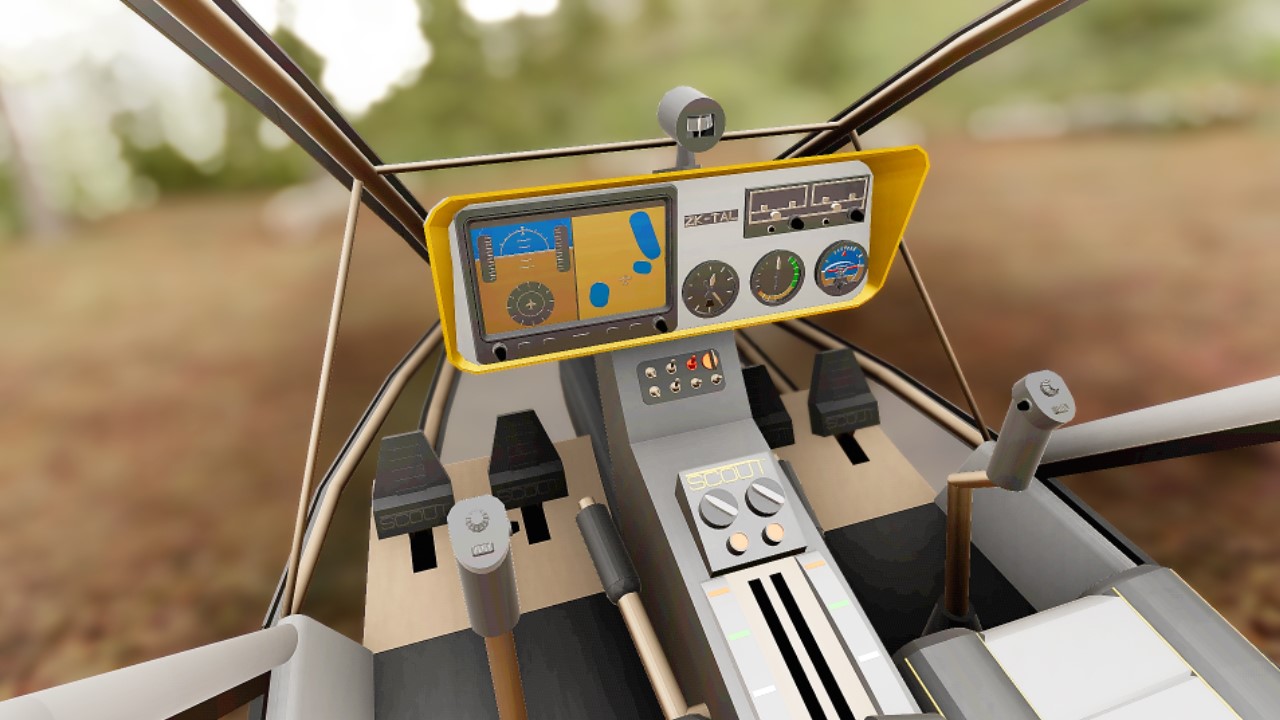 My scout Kea, but better! 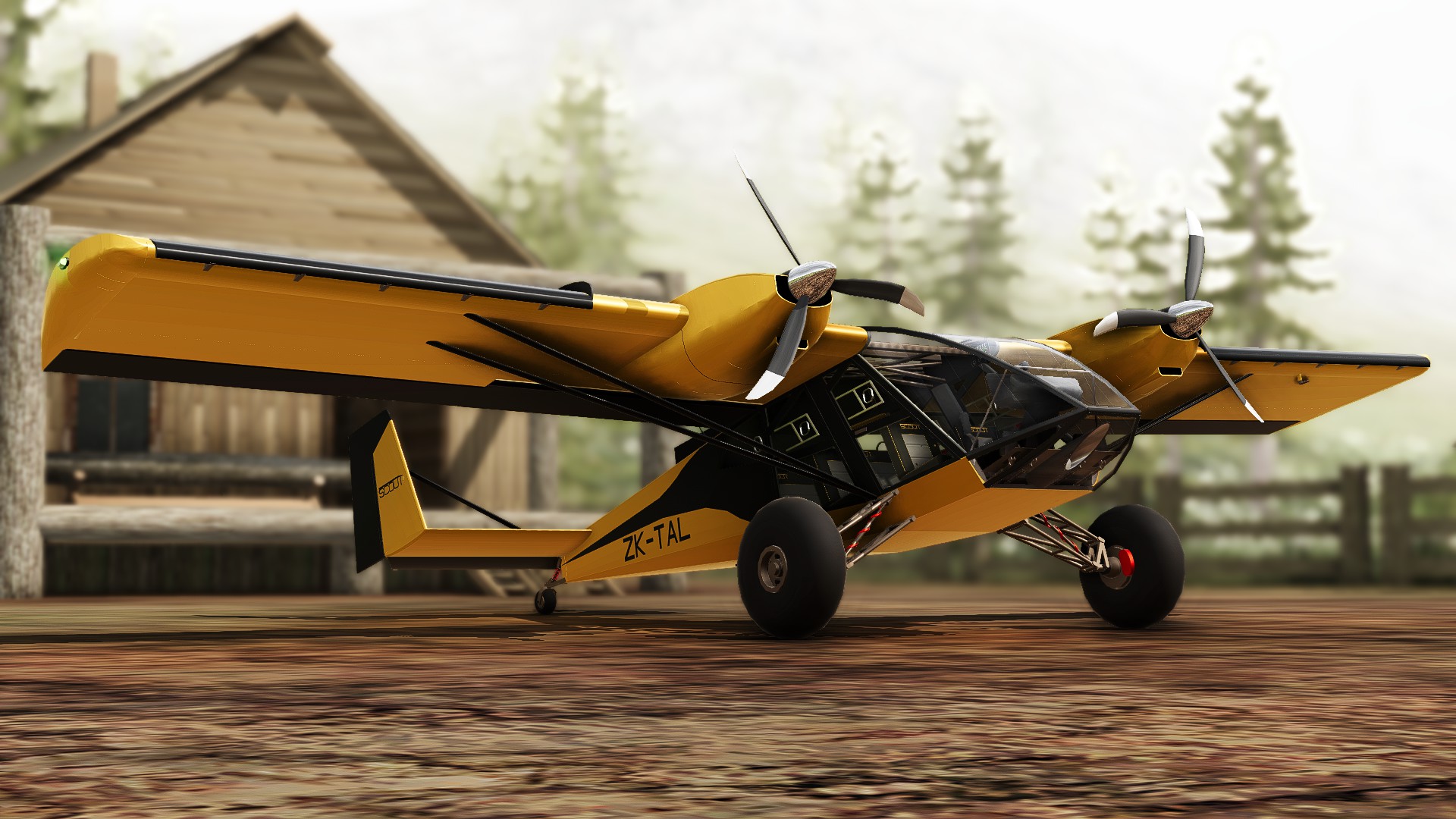 This is a LOT more than just the old Kea but with glass and smoothing. There are several updates with this, including:

Overall the plane is much more realistic now.

Basically the Scout Kea is an aircraft designed to have the payload capabilities of a Cessna 206 or 185, but have the performance and versatility of a Piper Super Cub, with the added safety of having two engines.

There are many advantages to this design. One being that with the engines being mounted at the hop of the plane, the props are well above the belly of the plane. This offers near unrestricted suspension travel. The shocks on the Scout Kea can compress significantly more than any other plane in it's class, meaning it can take the most punishing of landings.

Moving the engines to the wings means the nose can be made fully transparent, offering fantastic visibility of the ground and any obstacles below. It also means it's still easy to see where you're going at high angles of attack, which this plane is capable of.

This Scout Kea's engines are based on the specs of Rotax 915iS engines, but thanks to the fact that the engines aren't restricted by the shape and size of the fuselage, they can easily be swapped out with other engines, if that's what you favour.

The twin tail design with the tails being directly inline with the propellers helps increase rudder authority by using prop wash, particularly at low speeds and with an engine failure, which can often be deadly with other similar aircraft in this configuration. A relatively long fuselage and large rudders also helps counteract this.

It's surprising to me why a plane like this hasn't been made earlier. I guess there's the Aircam and the Double Endwr project, but there isn't really anything that takes advantage of the prop wash, or is at this scale or functionality. A designuke this just makes sense to me. It would be a dream for me to see an aircraft based off this fly in real life! Or maybe I make it real in the future... who knows!

If you want to make the most out of the performance of your plane, maybe read this. If you're here to crash this, this isn't important. ;p

Landing is pretty easy tbh. Full flapsnand an approach speed of about 40 and you'll be fine. If you're really wanting to go slow, trim back and a lot of throttle helps. Just pray you don't have an engine failure in that orientation XD

About 75% throttle. I haven't bothered trimming this plane because it flies different depending on your pay load. And irl planes don't fly straight and level at neutral trim in cruise. I mean, that's a waste of trim space!
This actually flies with a bit of back trim, but ignore that lmao)

BTW, for those who are looking at these screenshots and are concerned that the props are spinning in the wrong direction, this is a slightly older version of this plane and on the download version, they spin in the other, more correct direction. 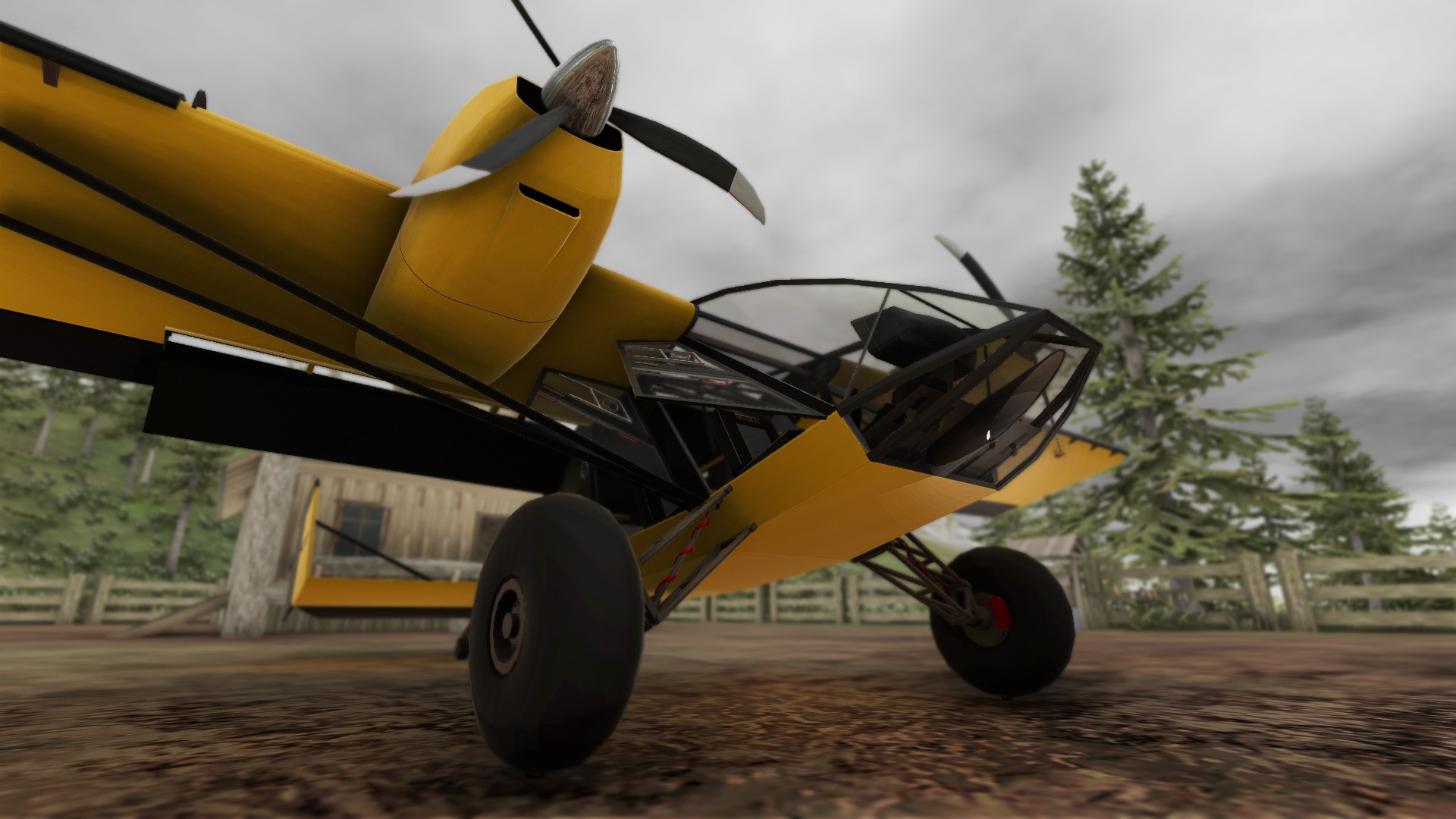 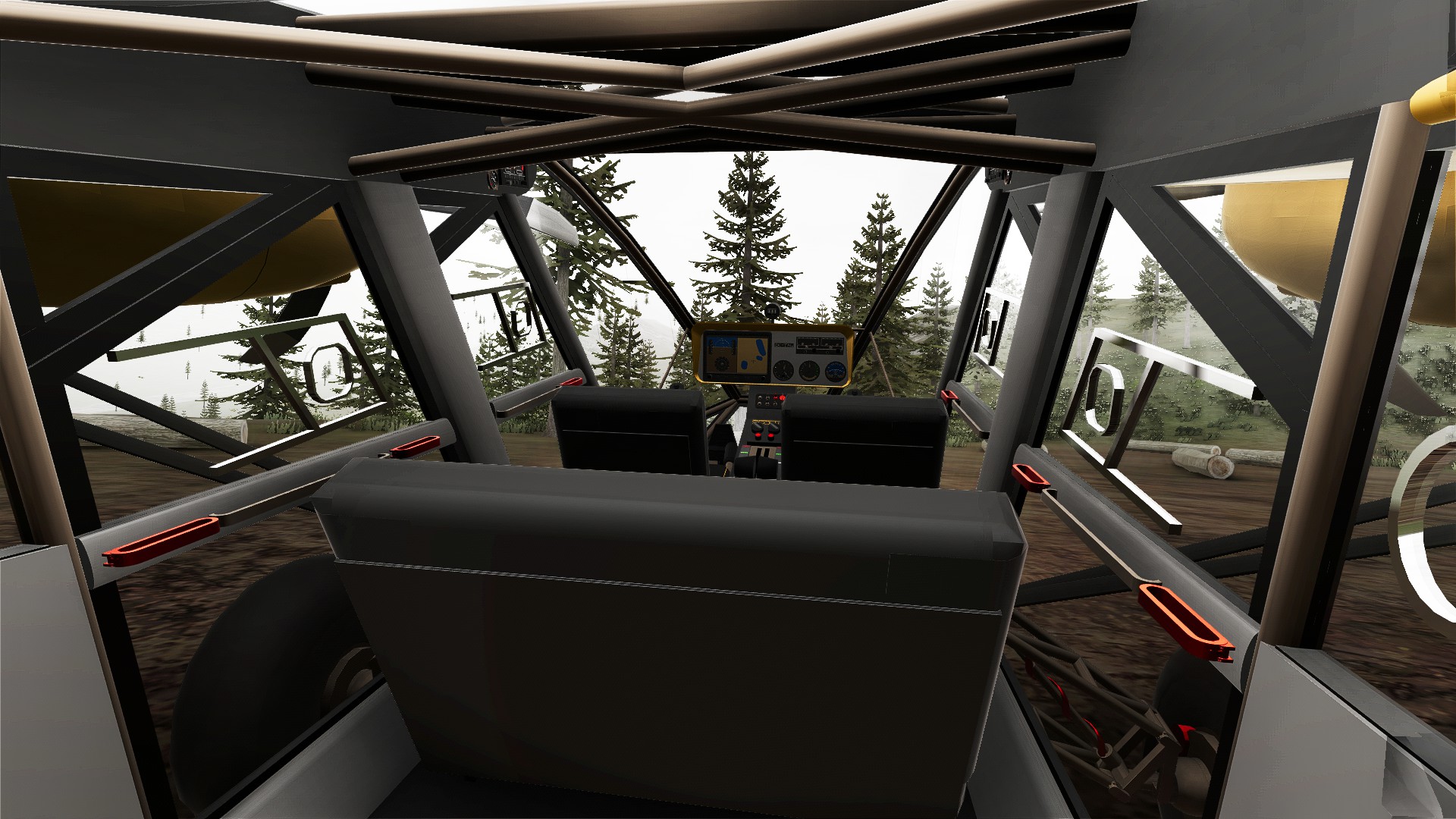 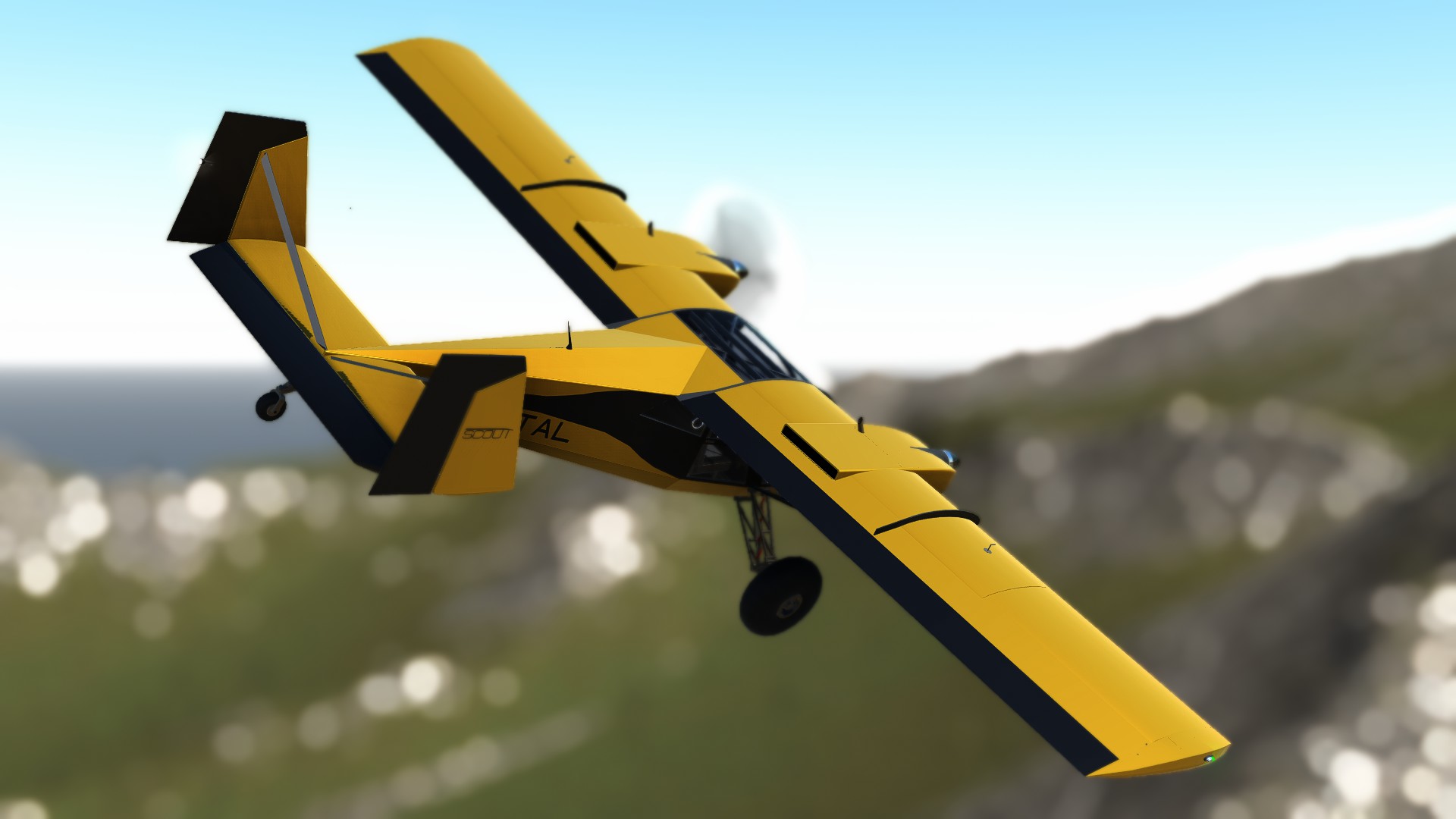 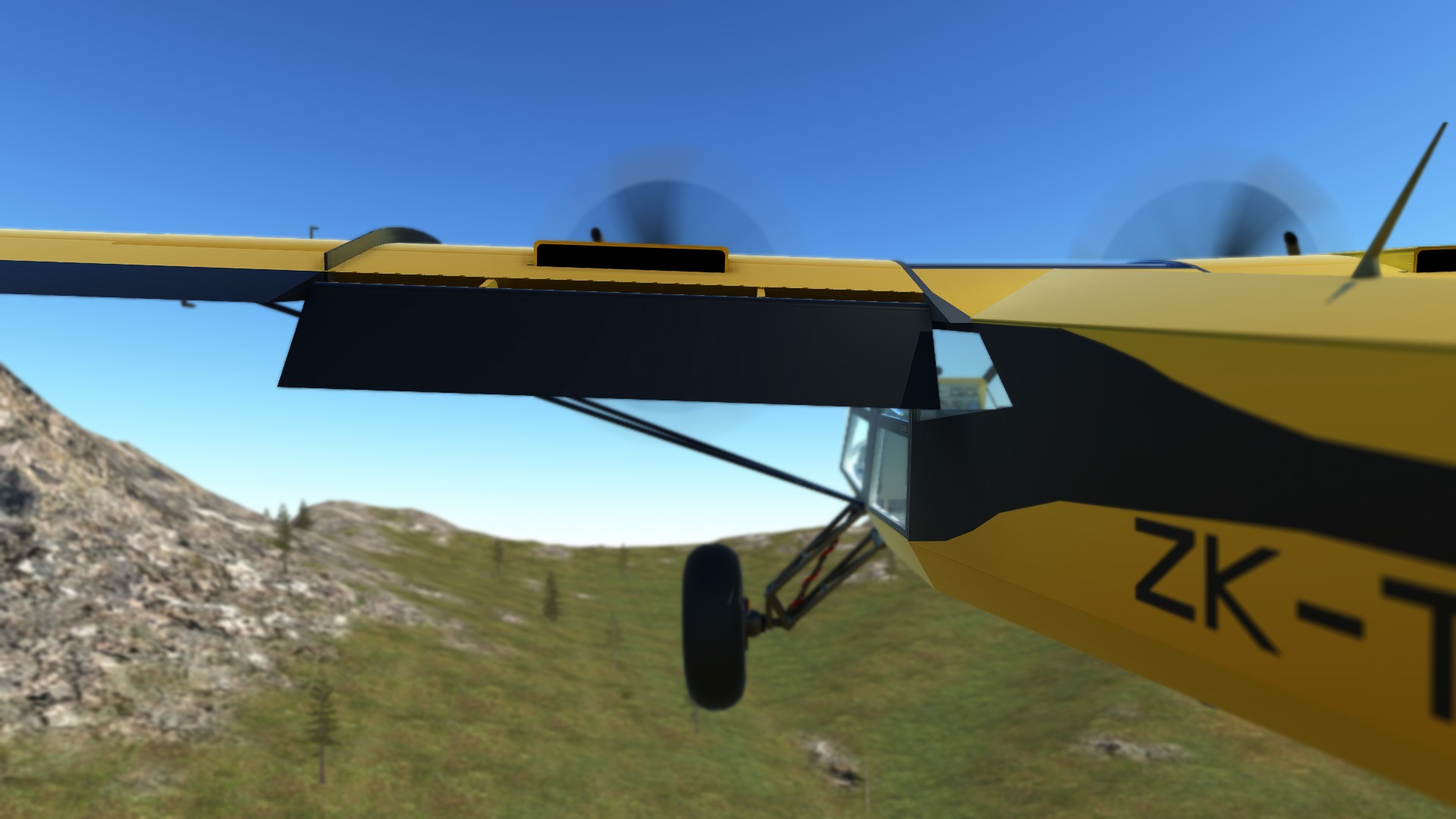 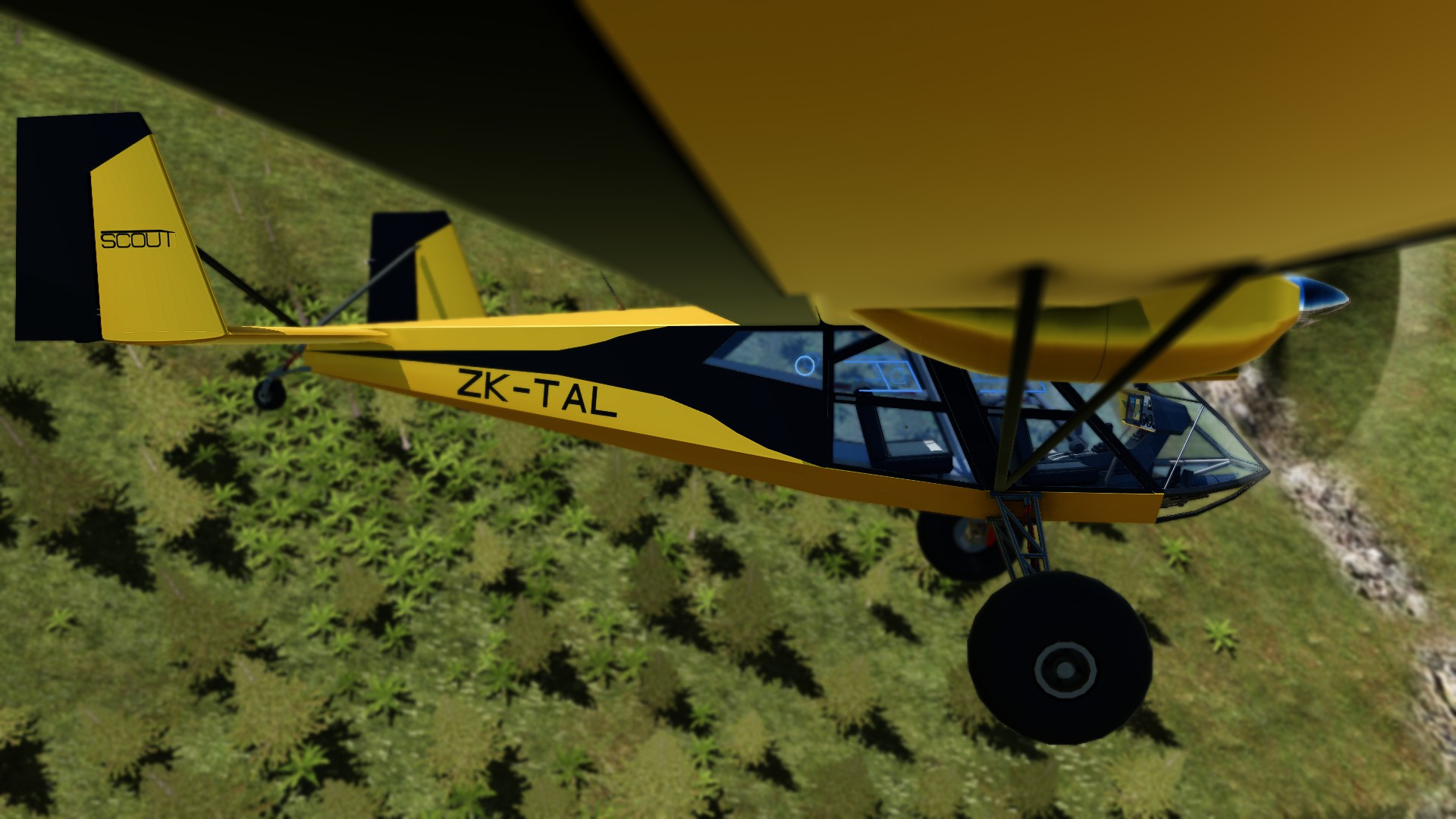 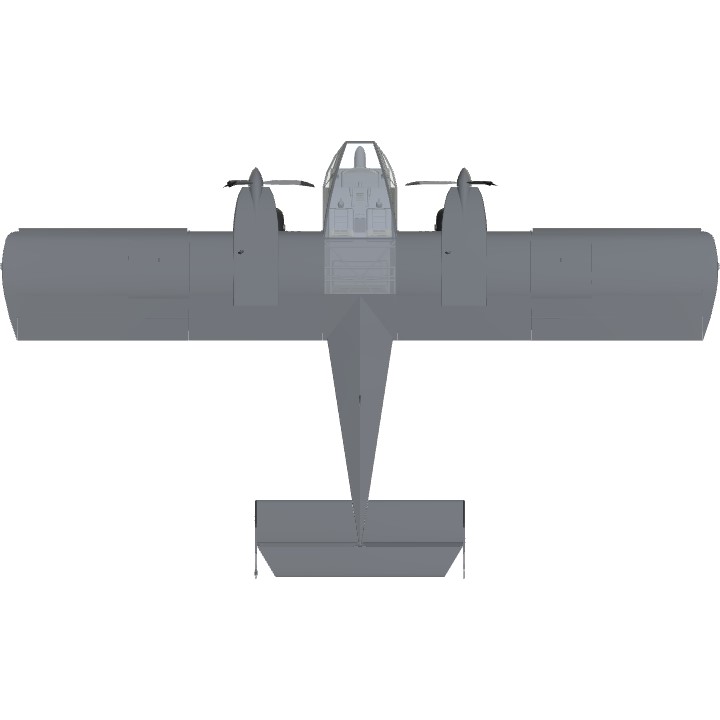 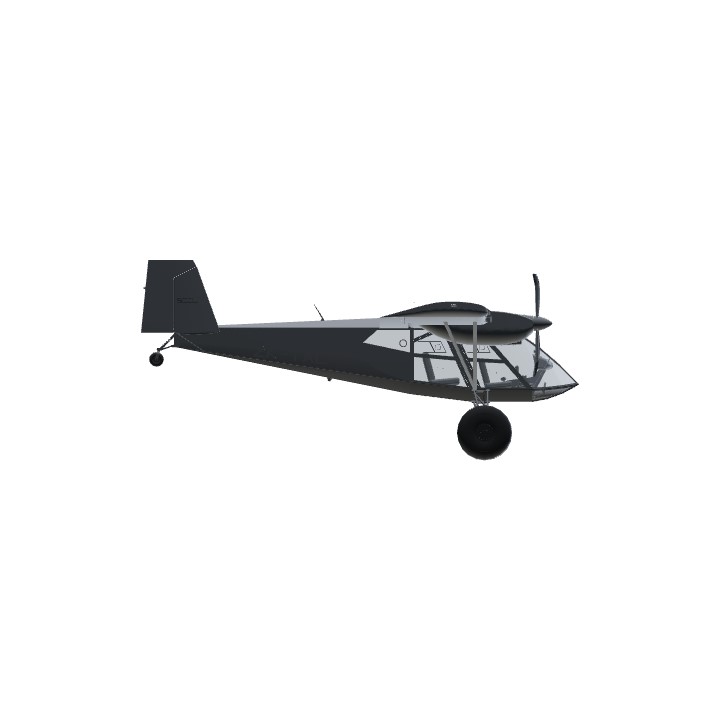 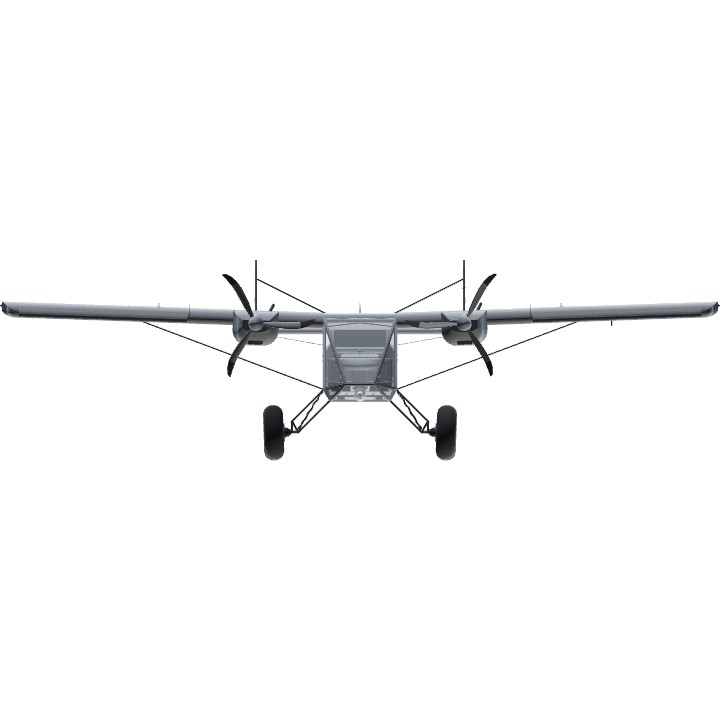