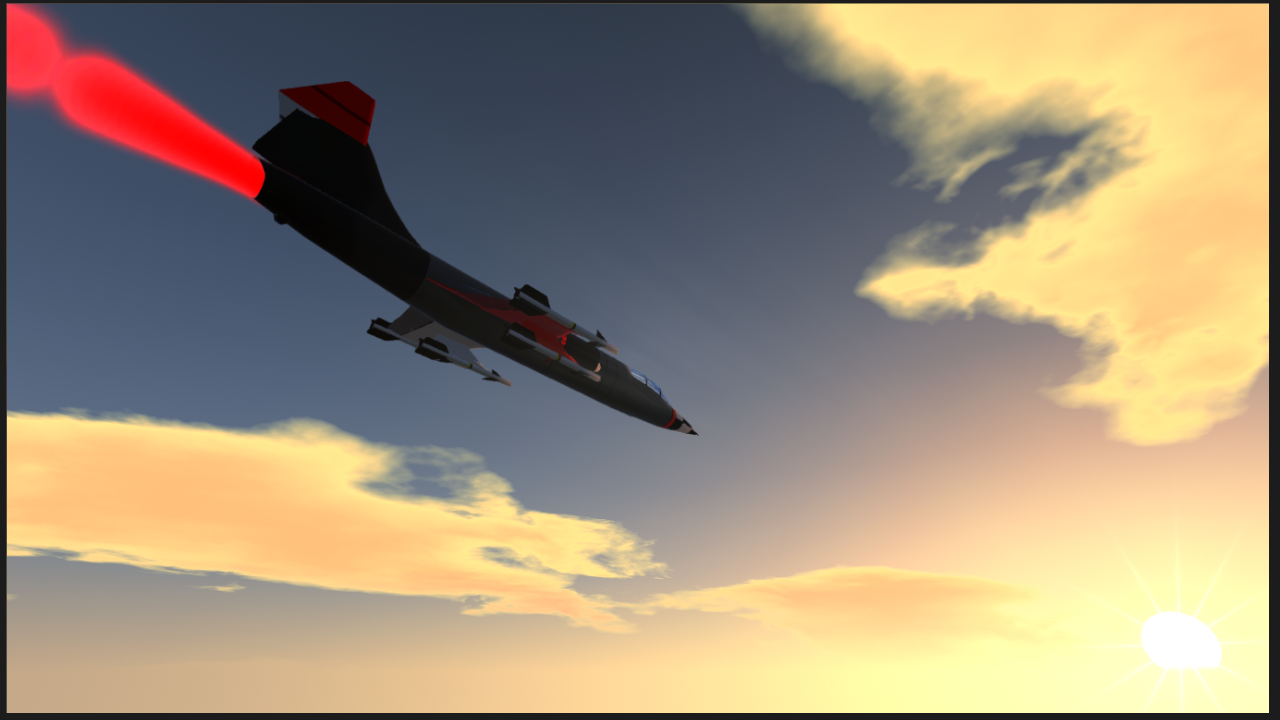 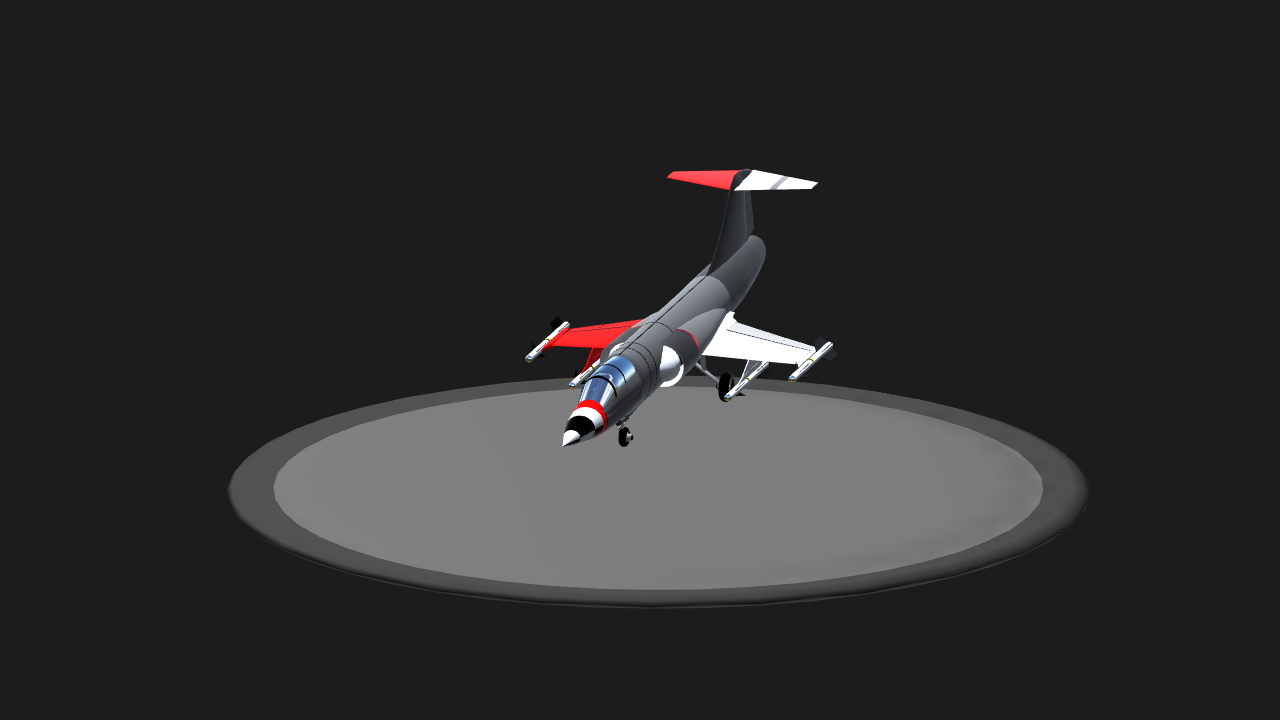 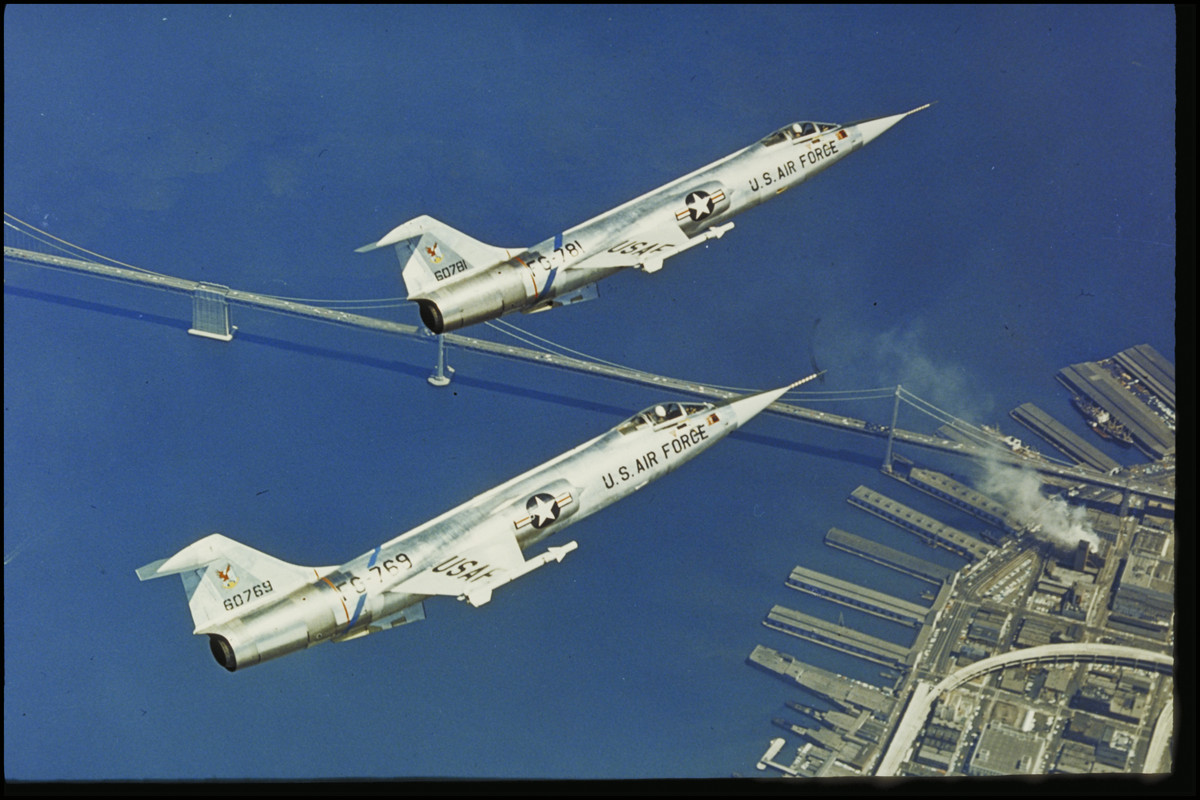 .
The Lockheed F-104 Starfighter is a single-engine, supersonic interceptor aircraft which was extensively deployed as a fighter-bomber during the Cold War. Created as a day fighter by Lockheed as one of the Century Series of fighter aircraft for the United States Air Force (USAF), it was developed into an all-weather multirole aircraft in the early 1960s and produced by several other nations, seeing widespread service outside the United States. After a series of interviews with Korean War fighter pilots in 1951 Kelly Johnson, then lead designer at Lockheed, opted to reverse the trend of ever-larger and more complex fighters and produce a simple, lightweight aircraft with maximum altitude and climb performance. On 4 March 1954, the Lockheed XF-104 took to the skies for the first time, and on 26 February 1958 the production fighter was activated by the USAF. Only a few months later it was pressed into action during the Second Taiwan Strait Crisis, when it was deployed as a deterrent to Chinese MiG-15s and MiG-17s. Problems with the General Electric J79 engine and a preference for fighters with longer ranges and heavier payloads meant its service with the USAF was short lived, though it was reactivated for service during the Berlin Crisis of 1961 and the Vietnam War, when it flew over 5,000 combat sorties.
.
. 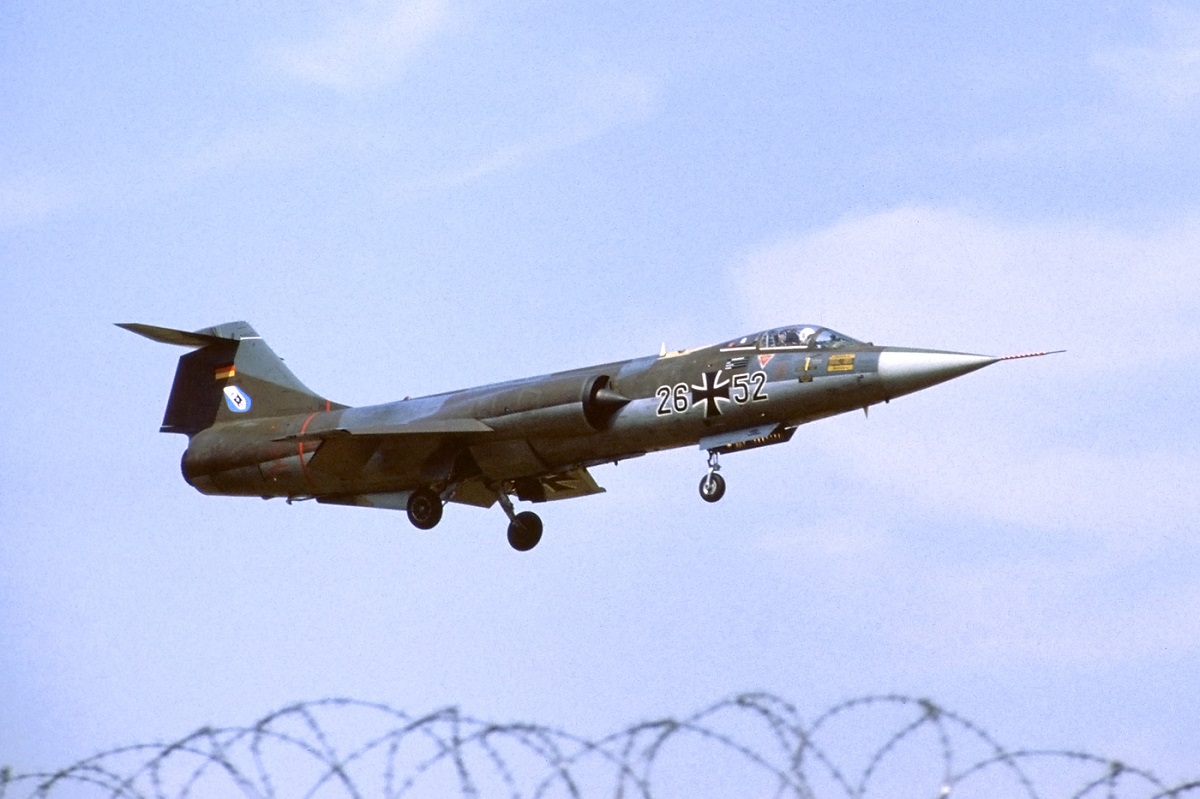 Oh yeah dont use brakes on Landing alright? because it sometimes make you drift along the runway and you go into a ball of flames. Also this F-104 has a Larry "Solo Wing" Foulke Livery sooo thats pretty epic
.
. 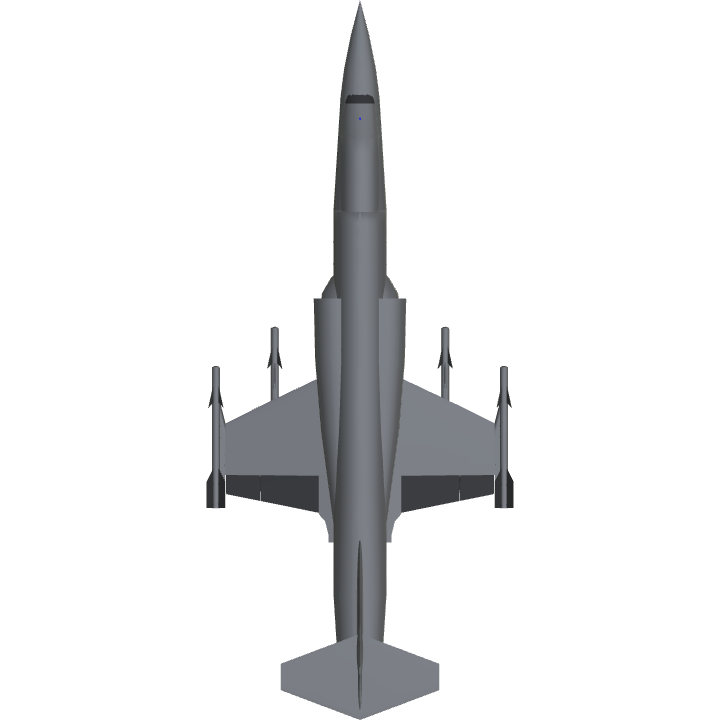 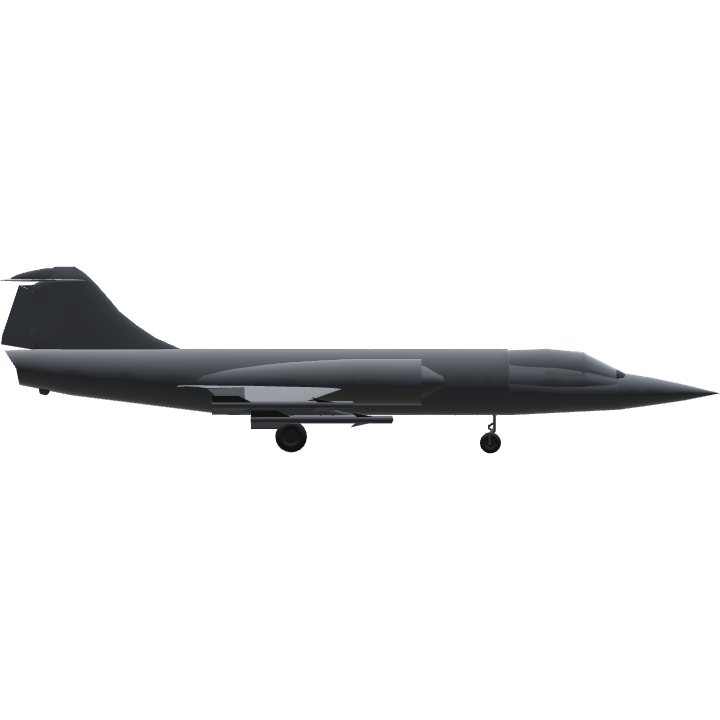 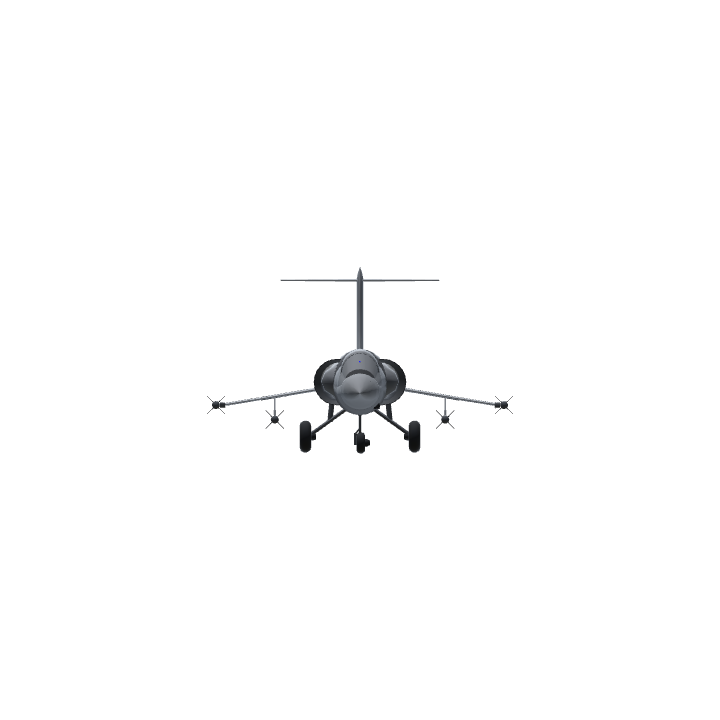