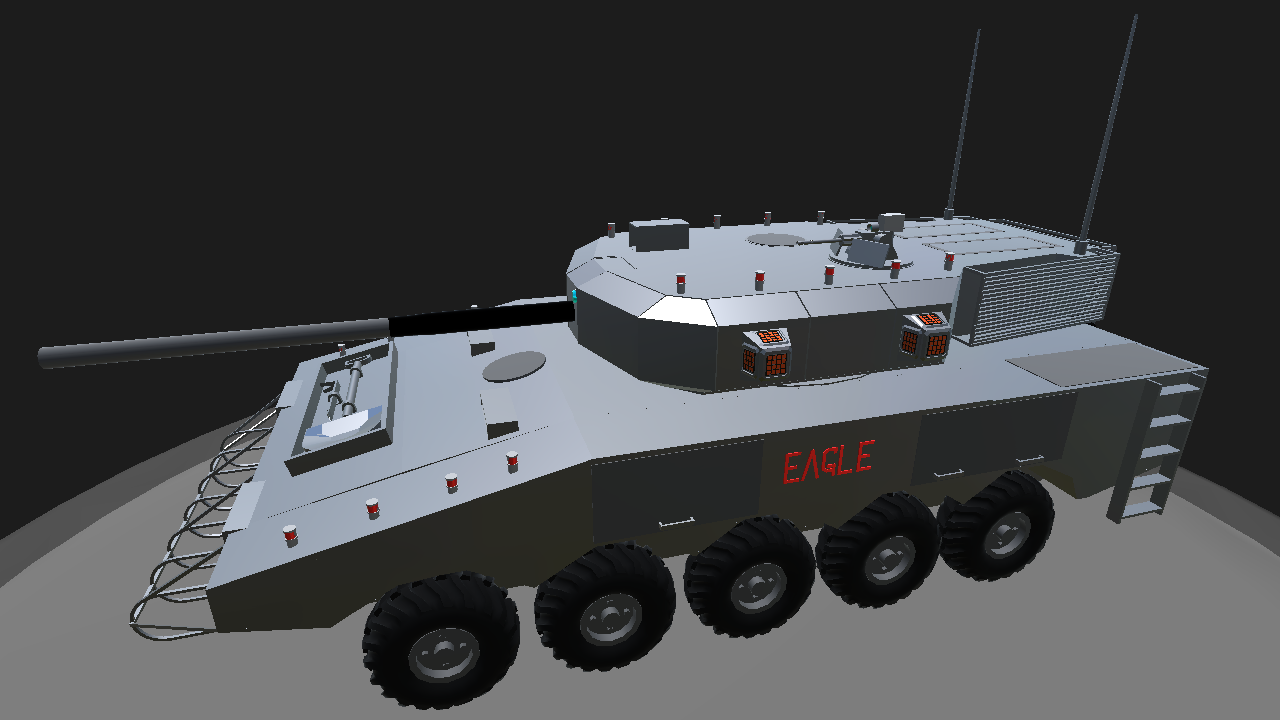 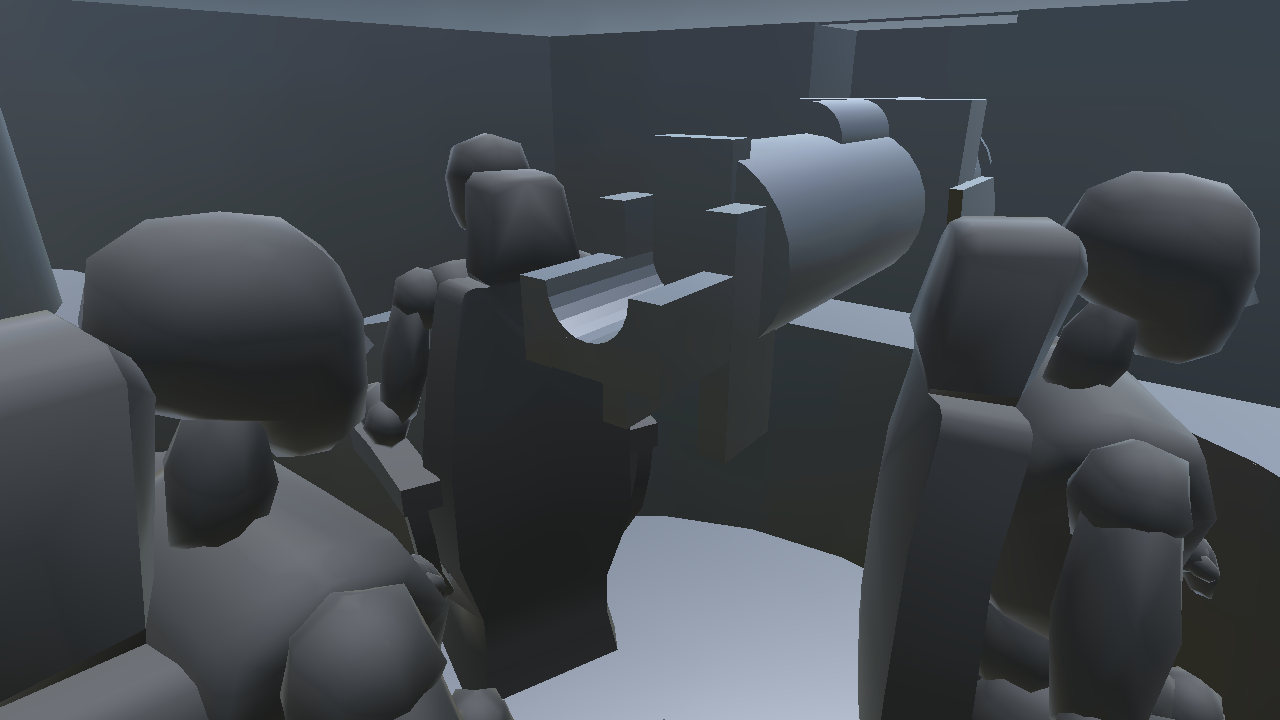 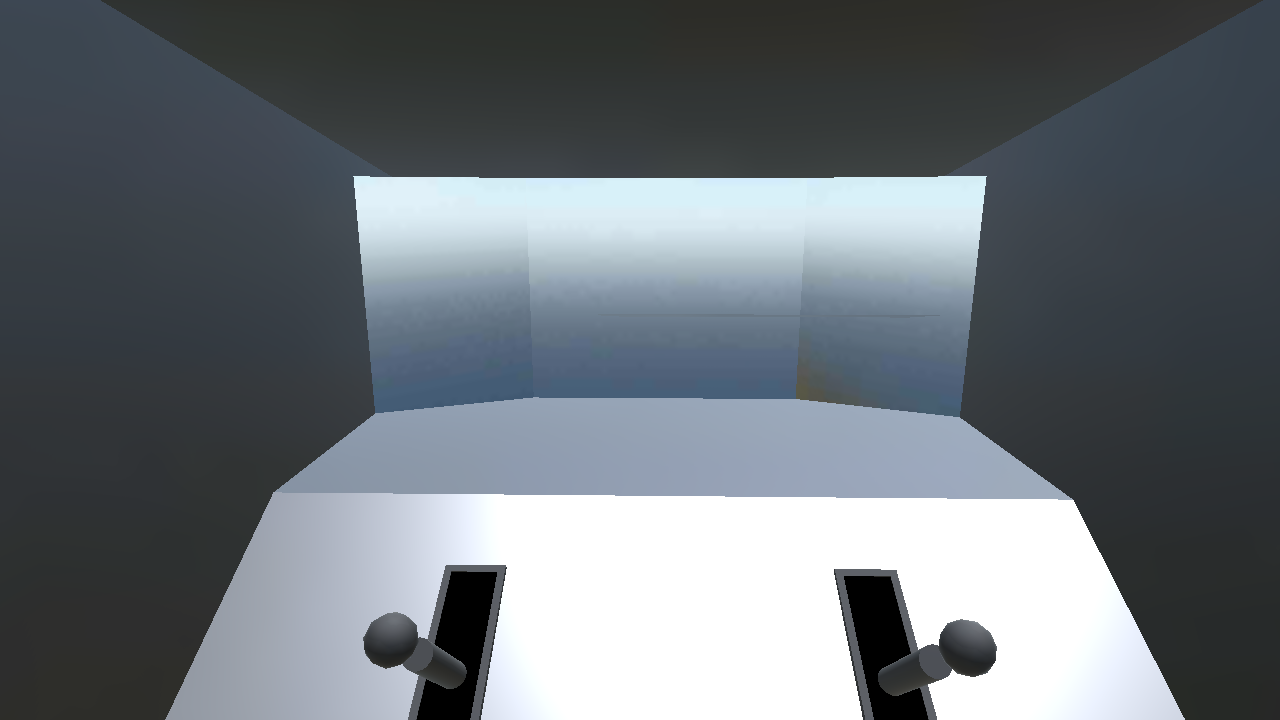 First off, I'd like to say that this was an absolute pain in the $!? to build, it's not too mobile-friendly, and I can definitely say that this is going to be hard to top, personally.

now, on to the actual tonk

The M7-AP1/A1 Eagle is a very similar concept design to that of MrVaultech's Zaneta tank in the sense of optics, general design, and the full interior. It features enough armament to put an Abrams to shame, and it can also double as an MBT, as the off-road capabilities have been greatly enhanced, the main cannon is bigger and better, and it is a ton more powerful than the previous CDTs because of the new lightweight Composite Armor. Not to mention that it's a ?!$@ ton lighter than the M1 at only 25,500 pounds.

Group 1: Activates the Main Turret, VTOL and Trim to turn (Use lightly, turret has some differences compared to your average turret ;D )
Group 2: Activates the Automated 12.5mm turret, FireGuns shoots the thing
Pitch: Forward/Reverse
Roll: Left/Right
Brake: self explanatory
And that's all of the controls!

~ I was unable to successfully incorporate a way to keep the turret from turning with the hull.
~ I forgot to change the main gun name.
~ Suspension works like a beauty, but may shudder when the vehicle is static.
~ Was nearly unable to upload from the sheer amount of parts (This is my biggest build ever in the sense of part-count).
~ I wanted to add in a bit of FT jazz but I lack the knowledge.
- I forgot to remove the turning angle for the spare tire on the back.
- The turret controls can be a little hard to use because of their sensitivity.

Again, my apologies for anything I may have missed, but again, this build nearly prevented me from uploading because it's so large in parts. Please give your feedback so that I may further improve my builds, and don't forget to share this awesome tank with your friends! 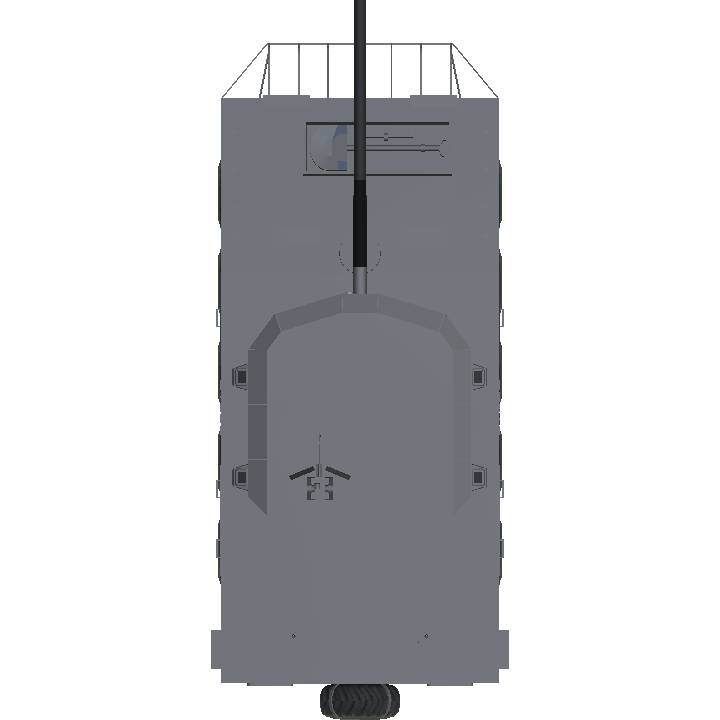 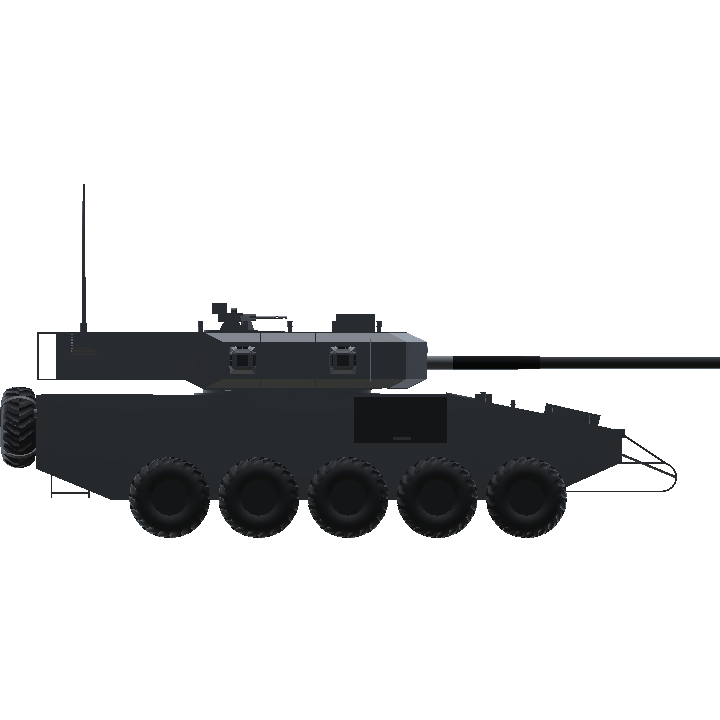 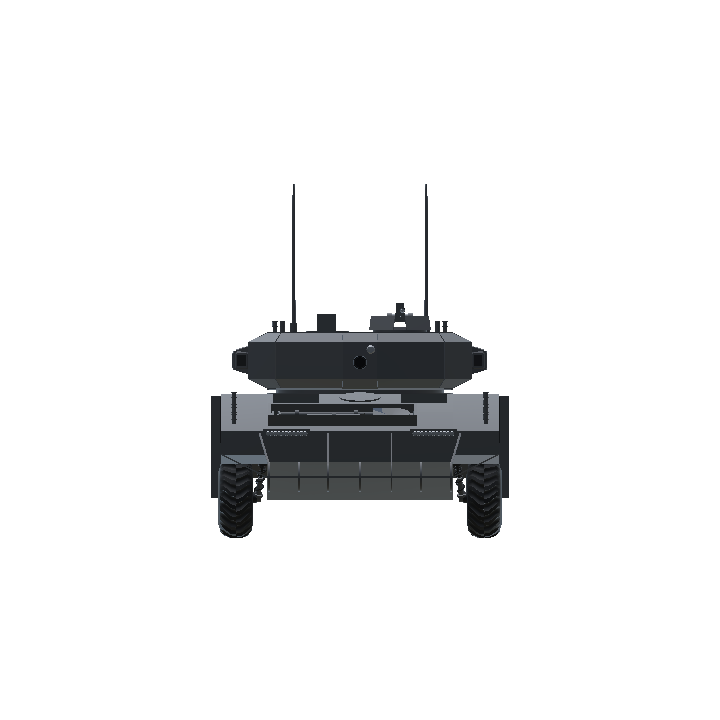