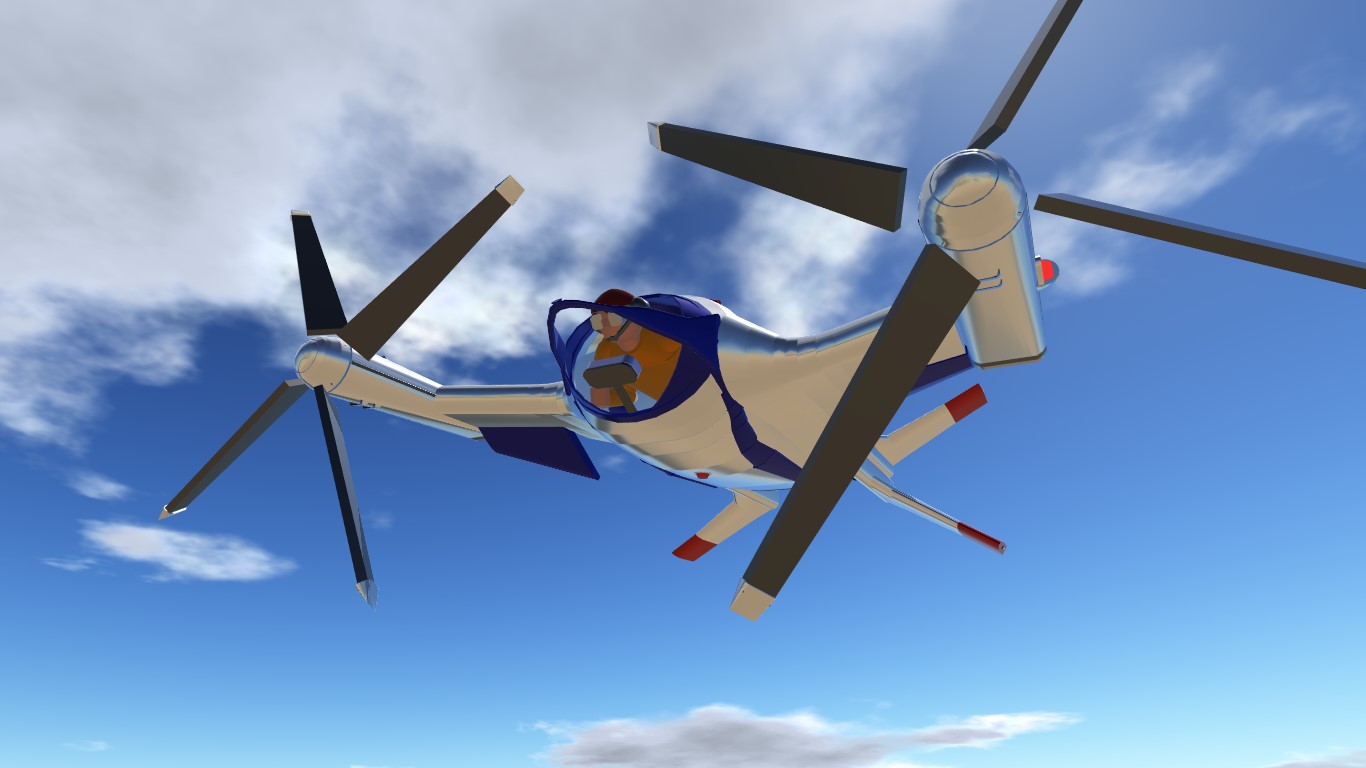 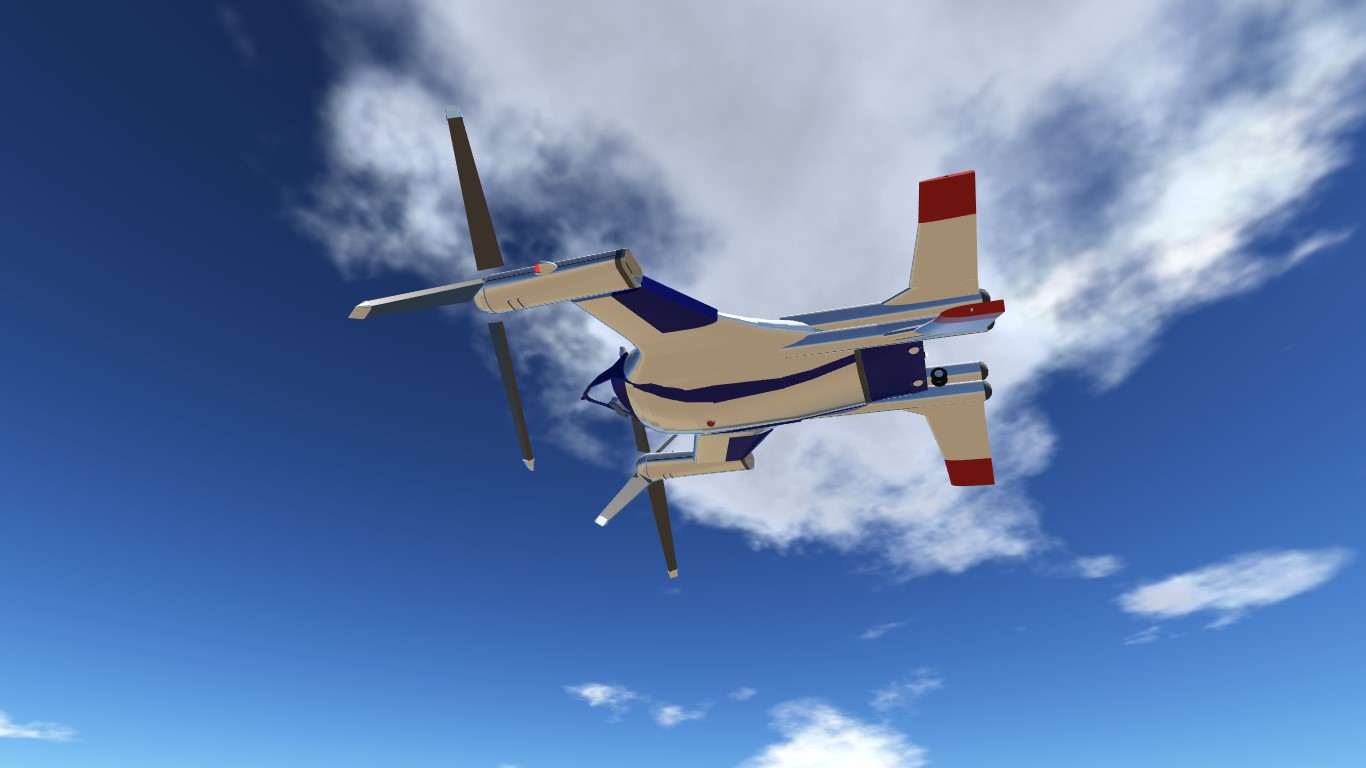 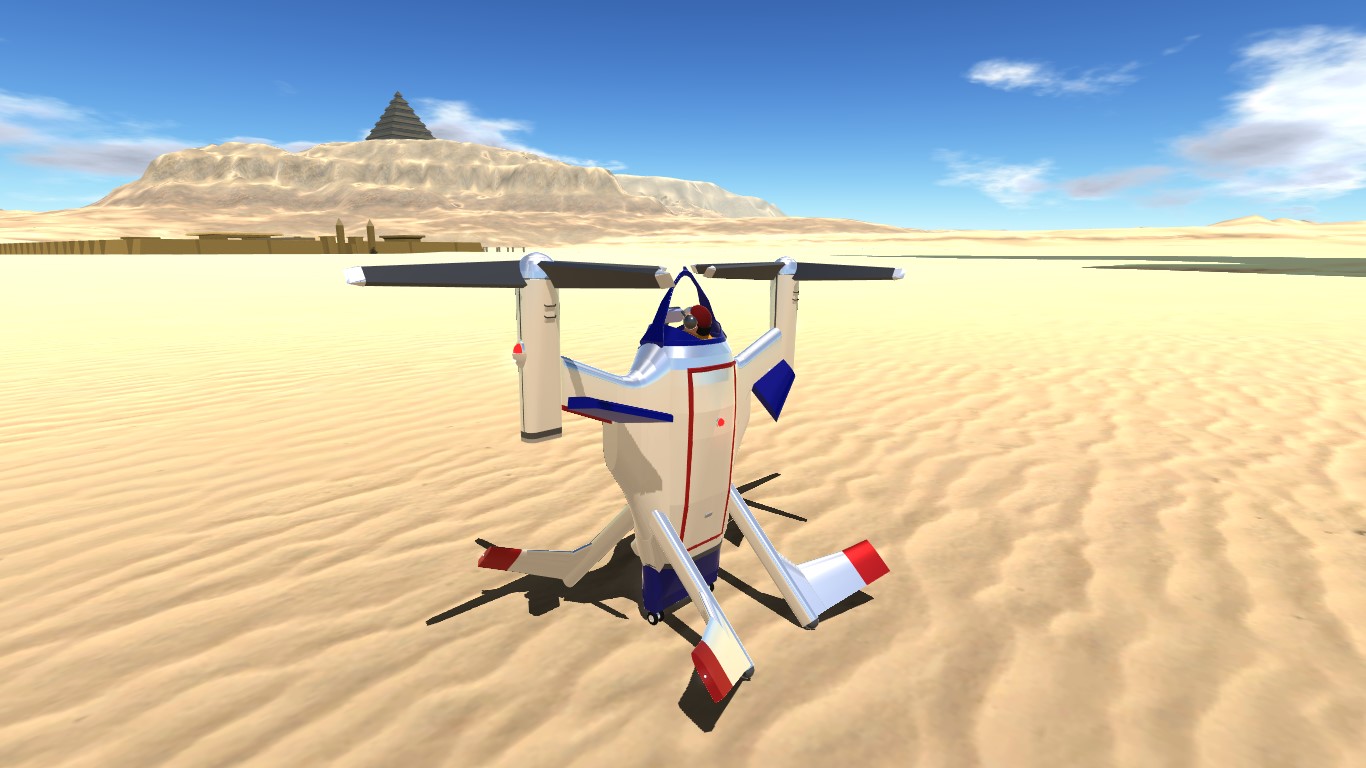 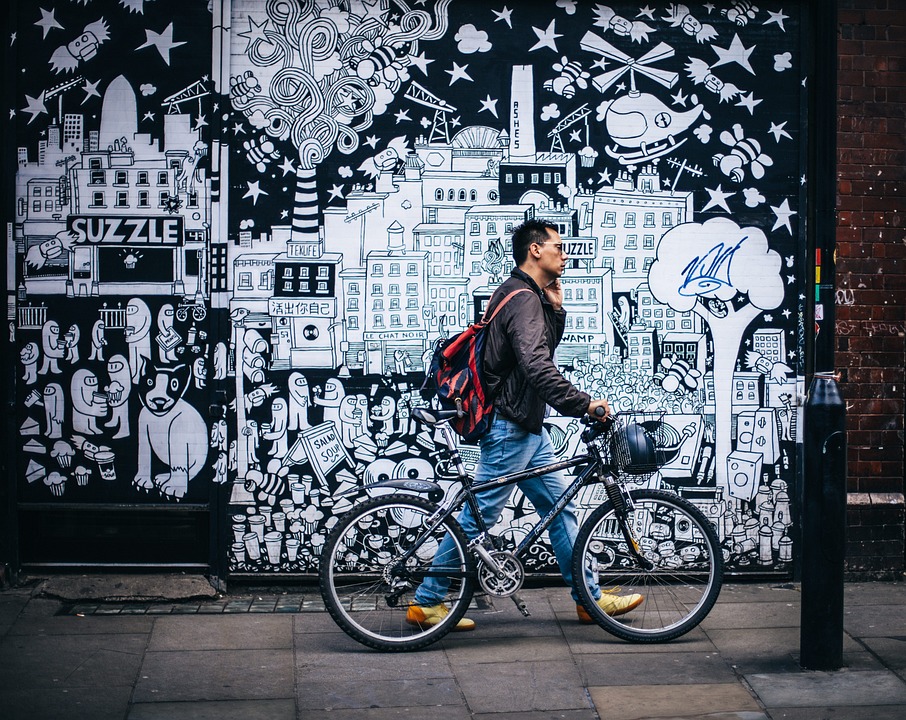 I present to you a device that could radicalize the way we think of personal transportation. A huge step for anyone who dreams of flying. The plan is based on Moore's doctoral dissertation for an ELECTRIC ULTRALIGHT VTOL that was also edited by NASA as "Puffin".
The aircraft is essentially a “tail-sitter”, it takes off vertically and part of its tail is divided to make the landing system. This model, although based on true original philosophy, has some differences. To simulate the use of non-fueled engines, rotors were used. As we know they can only operate at a steady speed, so to control thrust their propellers adjust the blade angle. In essence, it is like having a constand speed engine with variable pitch propellers. Another difference is that during vertical landing the yaw is controlled by changing the velocity of each coil. Unfortunately, this technique does not apply to SP, and the program can not generate and calculate the flow from the engines that would allow the auxiliary fins to control the descent at low speeds. As a consequence of the above, in the final landing phase it was chosen to use a gyroscope to handle ONLY yaw. The surface control system is also original, roll and pitch are controlled by the same surfaces in the tail. The yaw on horizontal flight is controlled by the logic of a “flying wing”, the rudder has 4 separate surfaces that move independently or coordinated as airbrakes. Landing gears work as decent stabilizers and the airplane also has automatic and realistic navigation lights.
The plane is made to travel up to speed of 134 miles. The vertical mode allows a + -20 degrees pitch and a maximum speed of 22 miles. To take off put the VTOL to the maximum and use the throttle. Immediately after takeoff, close the landing legs with “G”. To land : use AG1, pull the airplane to 90 AoA. open the legs and gradually lower the Vtol. Also very important: cyclical downward movement is controlled by YAW. If at any time you have high speed you can activate the air brakes .

This airplane is controlled as easily as a bicycle, it only shows instability in a fast barrel roll for which it is obviously not designed. I recommend everyone to try it. Let us illustrate the future of urban trasportation away from traffic and pollution. 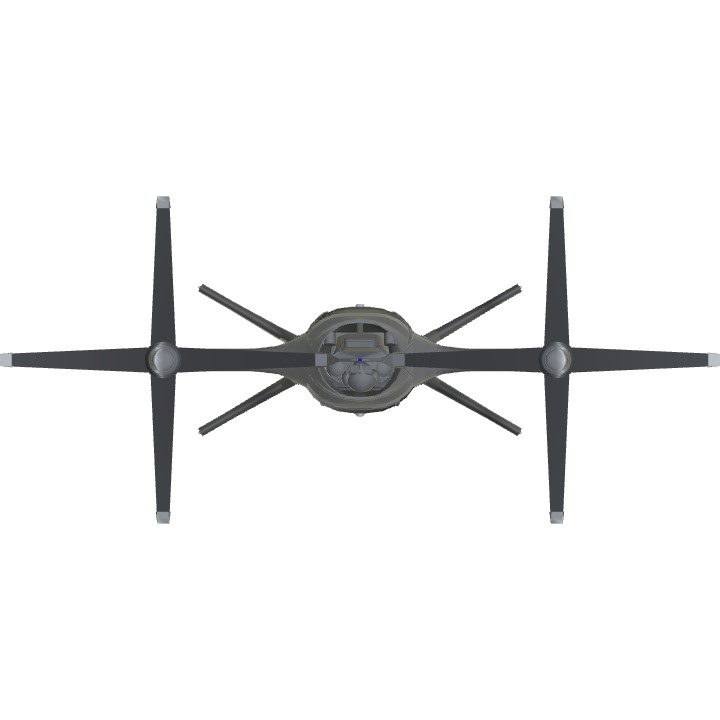 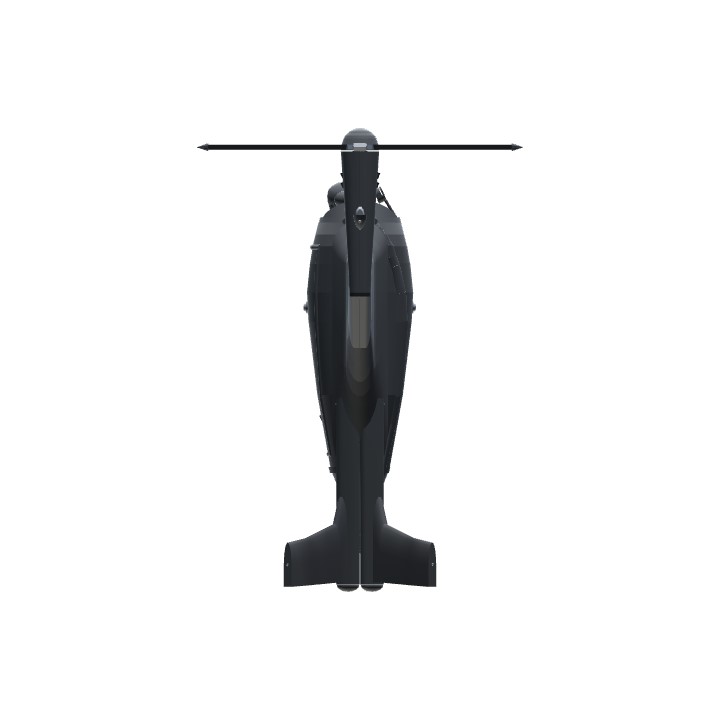