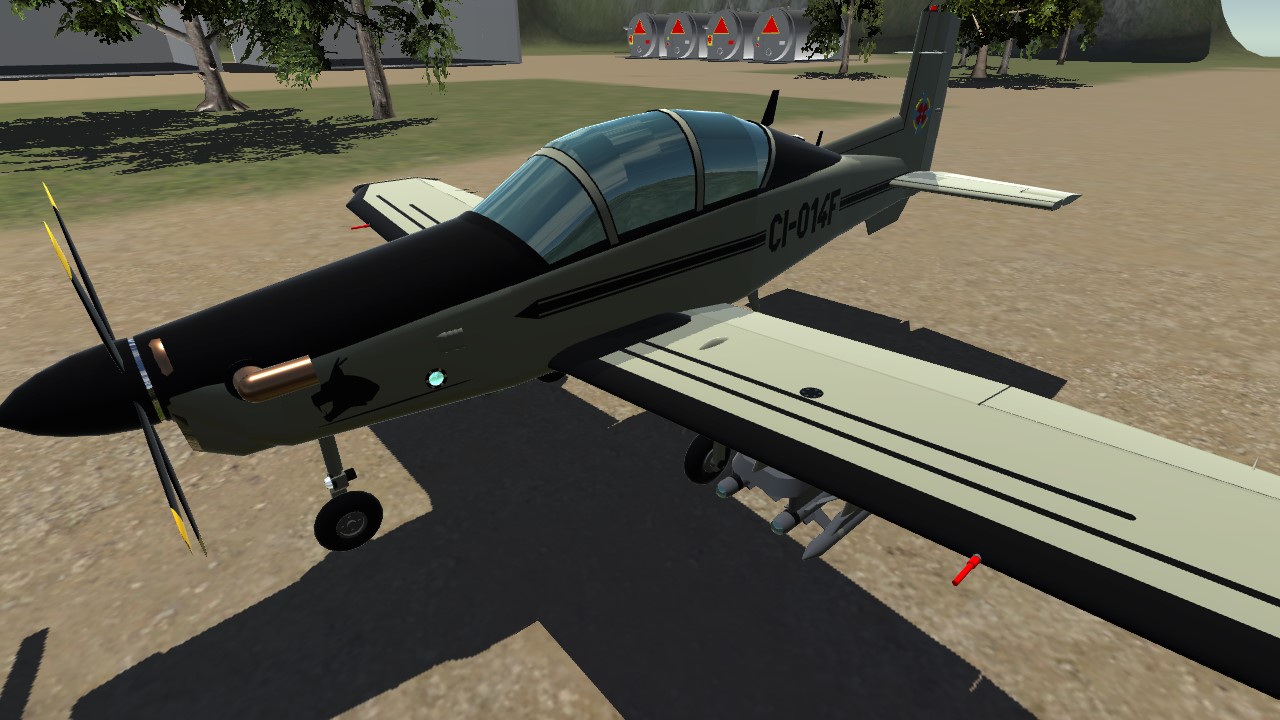 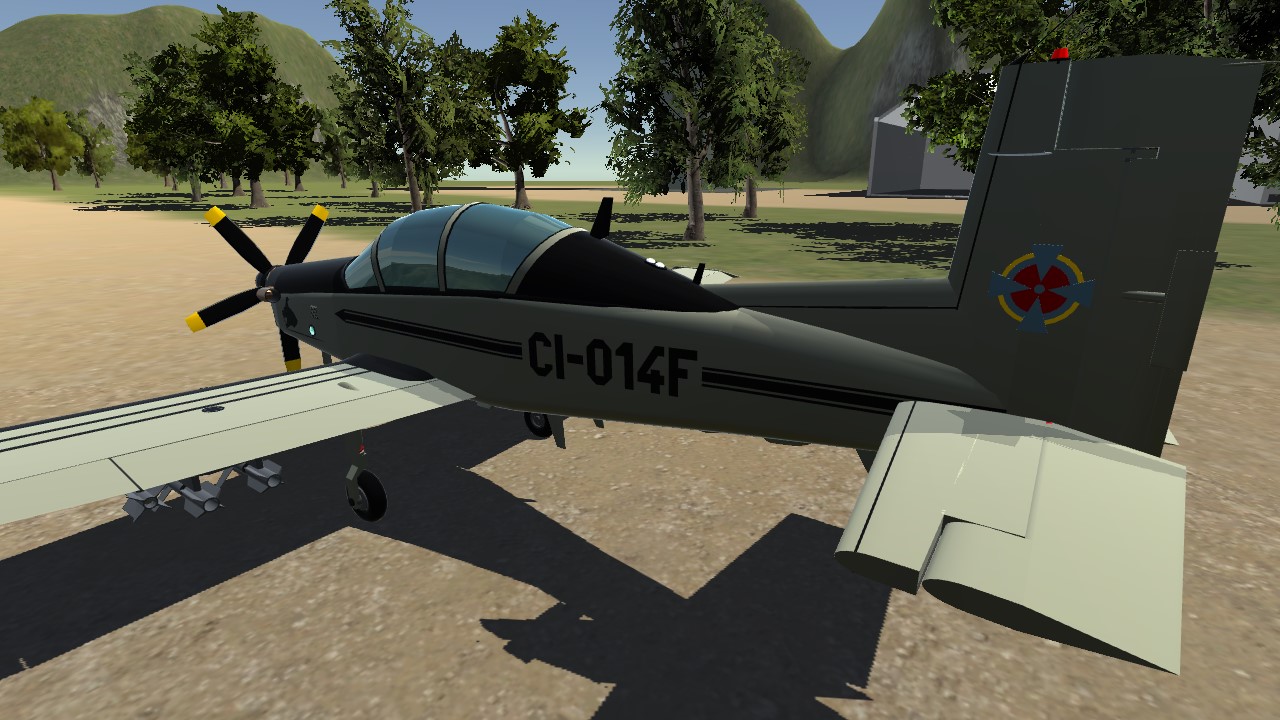 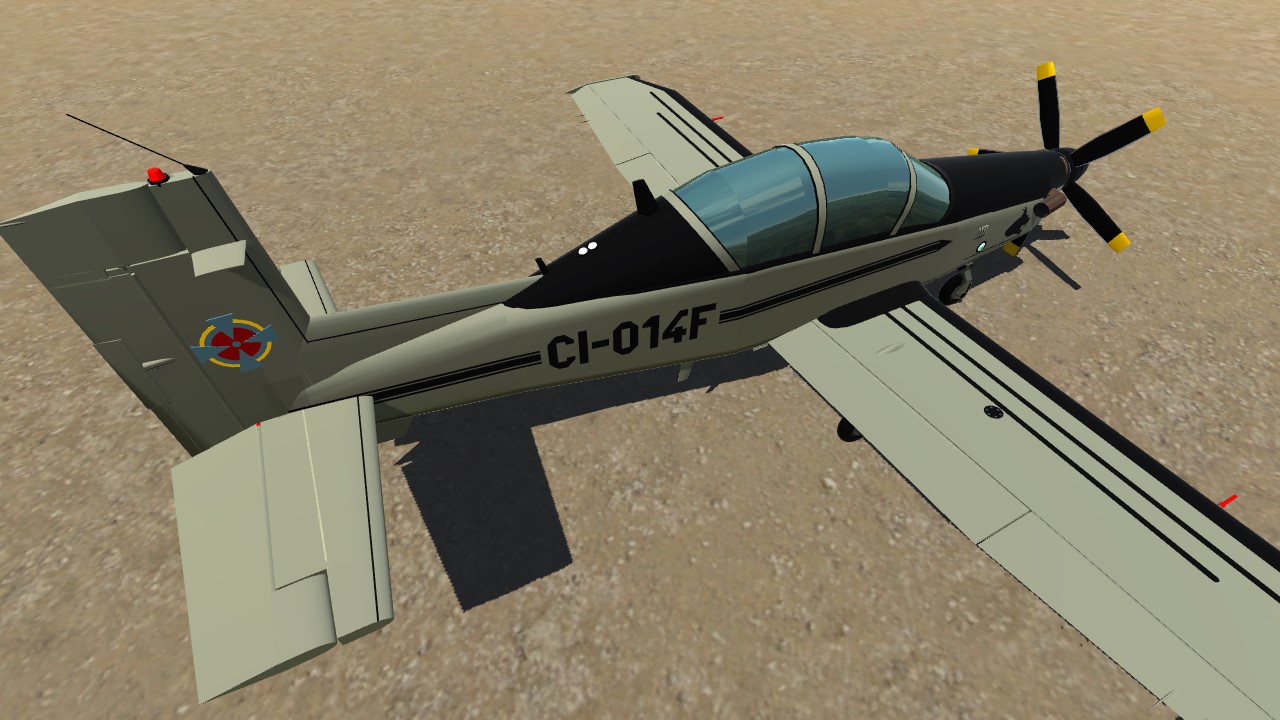 Having the same designation as T-6 Texan is a coincidence. Most of the
inspiration for this plane comes from Utva Kobac

T-6 Lynx is a plane developed by the M.Corp as a step towards standardising the M.Corp Air Force training program. It replaced all other prop-powered trainers in M.Corp service. M.Corp T-6 Lynx was developed in order to standardise training of pilots in the M.Corp Air Force. Having various basic and aerobatic trainers made maintenance and logistics complicated. Also, pilots at different flight schools received different training for the same job.

Lynx is a turboprop-powered, twin-seat, low wing, armed training, reconnaissance, and COIN aircraft. It's powered by a 1300shp turbine, developing speed of 450km/h at sea level, and 530km/h at 2000m. It has high maneuverability, making it ideal for aerobatic training of pilots.
Although T-6 doesn't have any integrated armament, it can carry wide variety of weapons and other equipment on six underwing hardpoints. Having open software infrastructure, it can be adapted to effectively use any weapon that can fit under its wings. That includes gun pods, rocket pods, air-to-ground missiles, heat seeking air-to-air missiles, and bombs. It can also carry COMINT and other EW equipment.
Lynx is equipped with data link, feeding the aircraft with target data from other units, or providing image and real time video from its sensors to other units.

Wings of this aircraft feature swept leading edge, with rear edge being straight for the first half, and swept forward in the outer half. Wings contain main fuel tanks and landing gear, and have provisions for mounting wingtip fuel tanks.

Fuselage is usual for an aircraft of this class. Engine is placed in the nose, with a cockpit in tandem arrangement under the large canopy behind it. Tail is of a conventional layout, with a single tail fin, and horizontal stabilizers mounted onto the fuselage. It features yaw and pitch trim. Pitch trim is particularly powerful due to wide range of operating speeds and payloads. A large air brake is mounted under the fuselage, aft of the wheel wells.

Landing gear is of a conventional tricycle layout, fully retractable. Main gear is housed in the wings, and wheels retract into the fuselage under the cockpit. Nose gear is steerable and retracts under the engine. Gear is very sturdy, allowing landing on unprepared runways. This example of M.Corp T-6 Lynx belongs to 4th Light Attack Squadron, dedicated to protecting the borders from insurgency. It is armed with 2x2 M.Corp Pixie missiles and 2x heat seeking air to air missiles for shooting down helicopters.

Notes
- This plane has performance similar to the real one. That means you can't just throttle up and start doing aerobatics as soon as the wheels leave the ground. You might get it to fly, but it won't be as pleasurable. Follow the takeoff procedure:

Do understand that plane will bleed speed in climbs and turns, and gain speed in dives and straight runs. You will have to adjust trim to any change of speed. You will also have to change trim to compensate for spent ordinance. 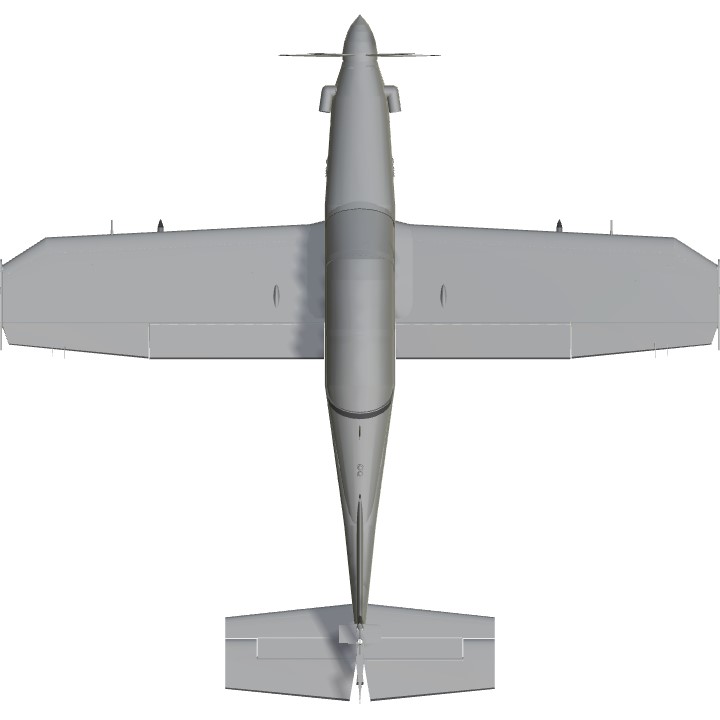 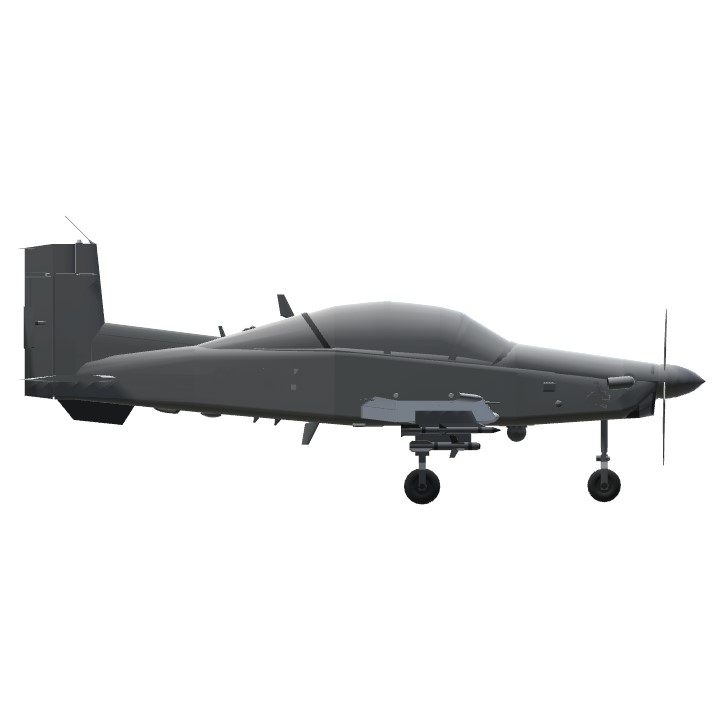 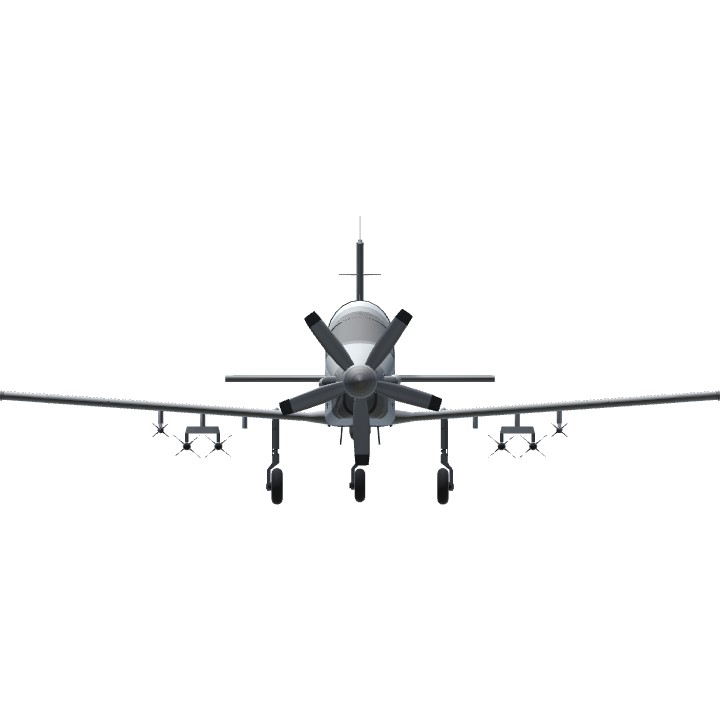