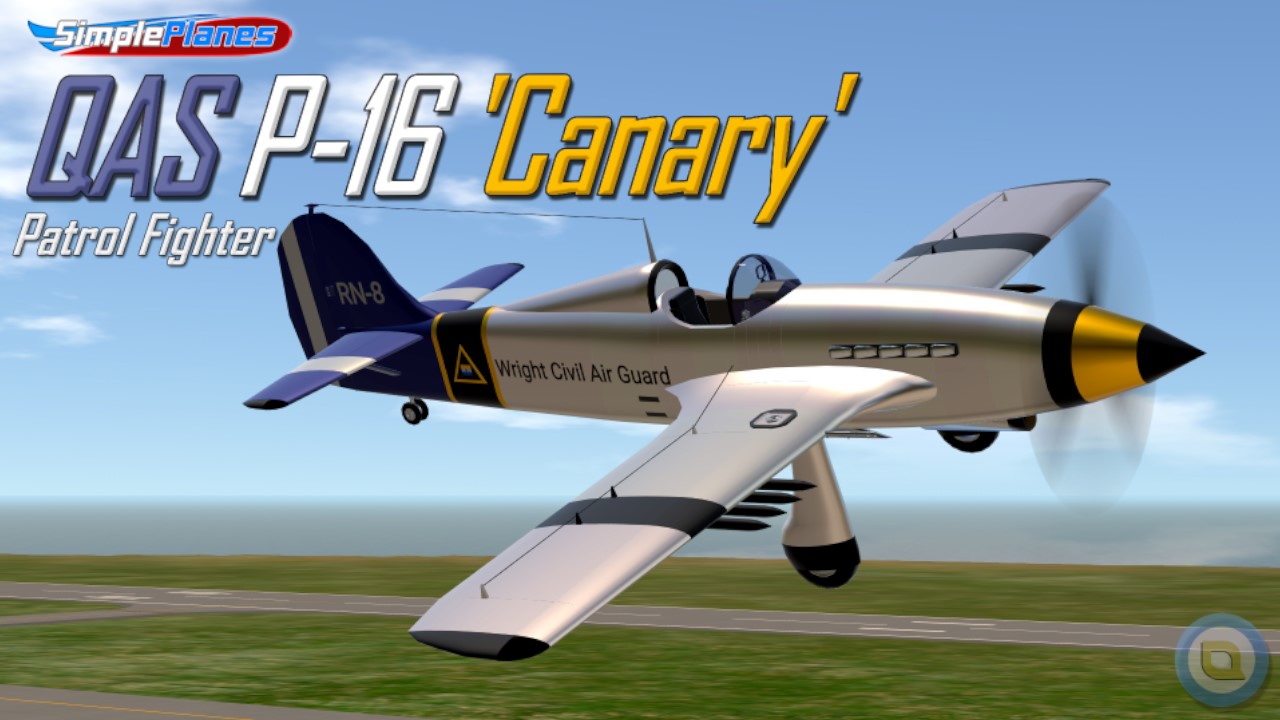 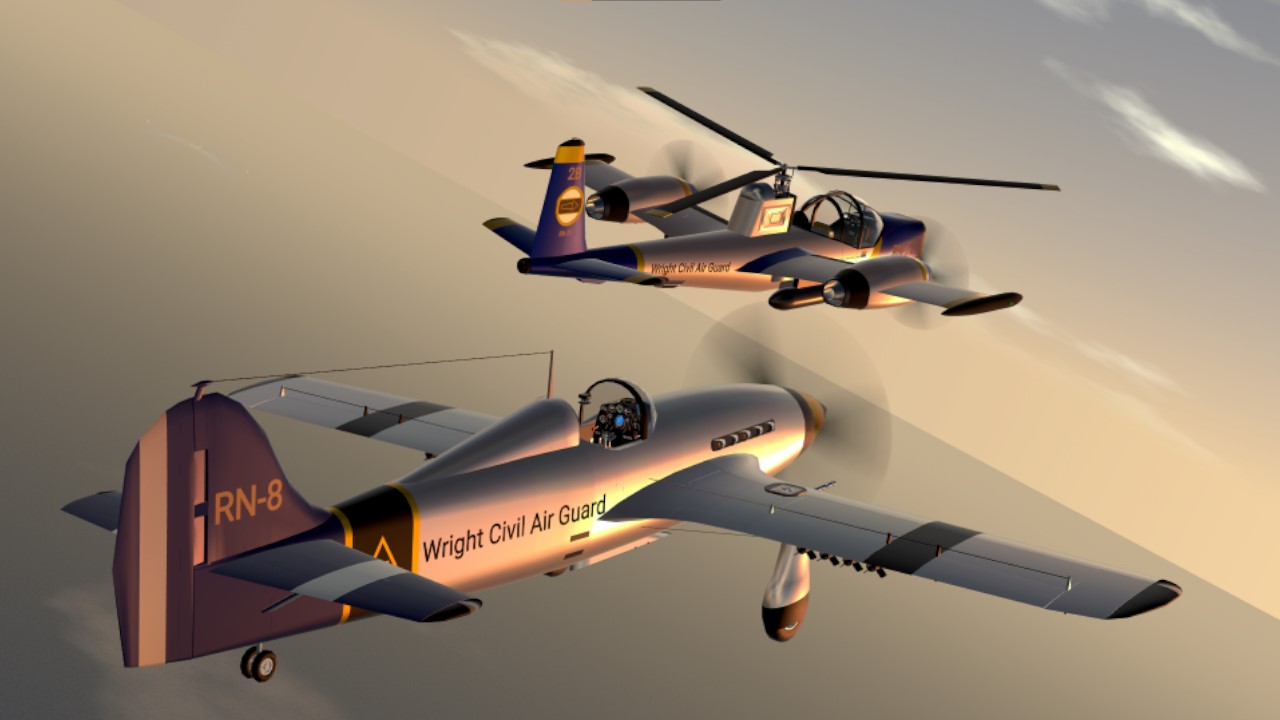 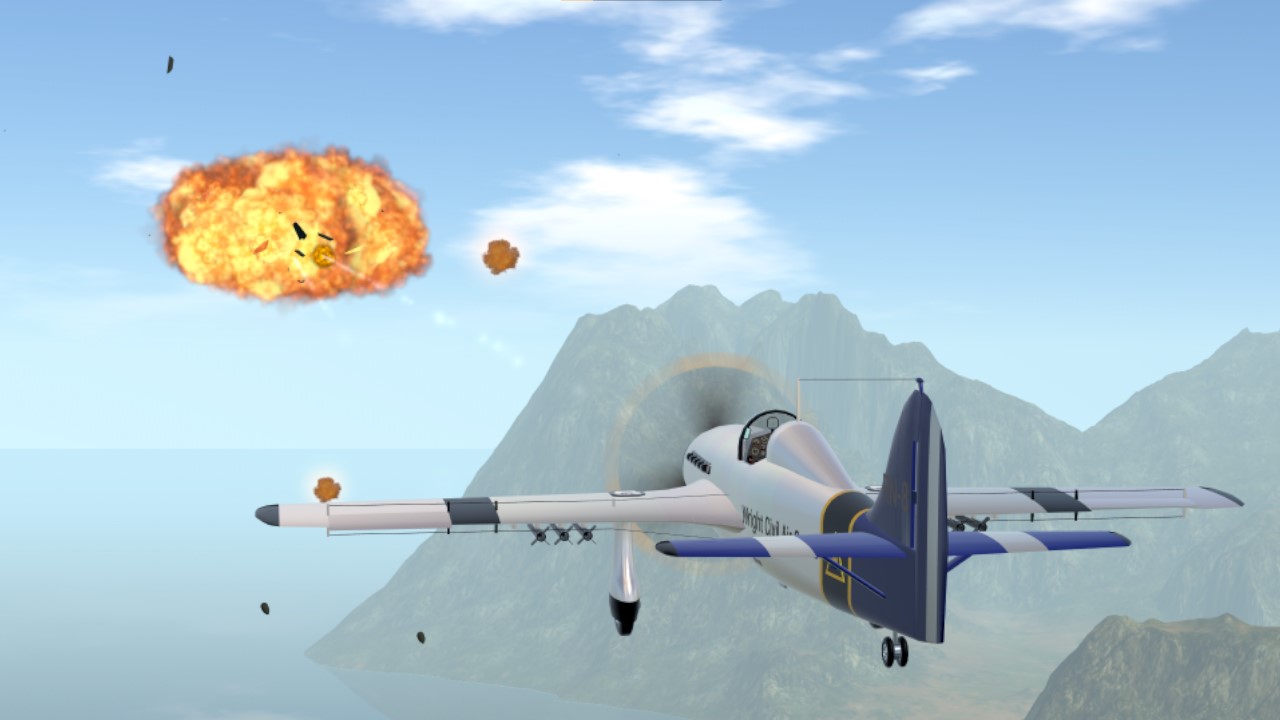 I'm too burnt out to write a full description at the moment. Summer English class. So Here's the overview for now. Also, The XML file was updated on 1/7/22 @ 11:30 EST.
Changes were made to the compression model and guns.

The P-16 Canary is a fictional interwar patrol fighter. This particular example; RN-8 was built in 1936 for the Quesant Navy. It sustained minor damage during a crash landing in a training accident in 1940 due to poor visibility. RN-8 was refurbished by the Wright Civil Air Patrol in 1995 as a low(er) cost alternative to the IR-2B Chimera.

The Canary not very fast by modern standards, but it can still just about out maneuver anything in it's path. It was originally intended to intercept and destroy bombers with unguided rockets.

There is minimal use of hydraulics to reduce weight. This unfortunately means that the wings do not like high speeds in any capacity. Speed and high G loads will cause the control surfaces to lock up. This happens at about 540 kph (335 mph) IAS. 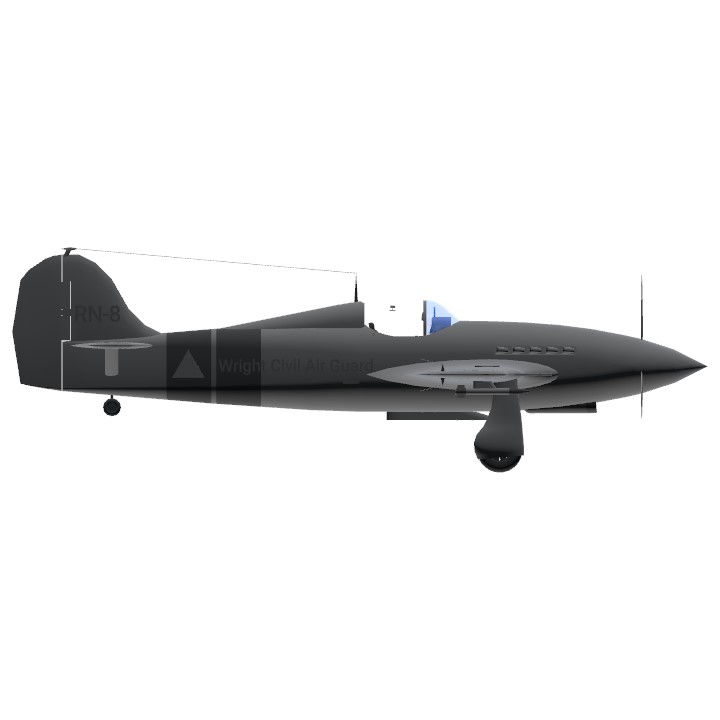 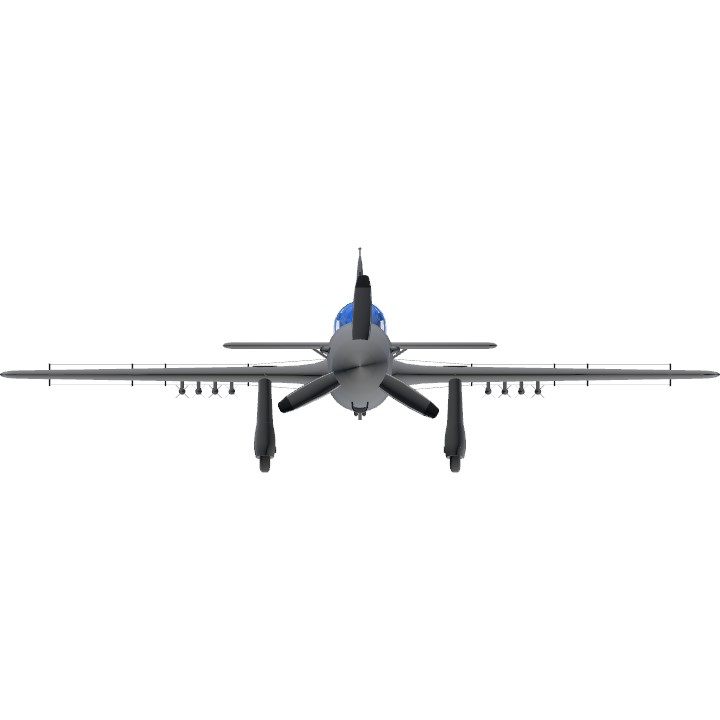