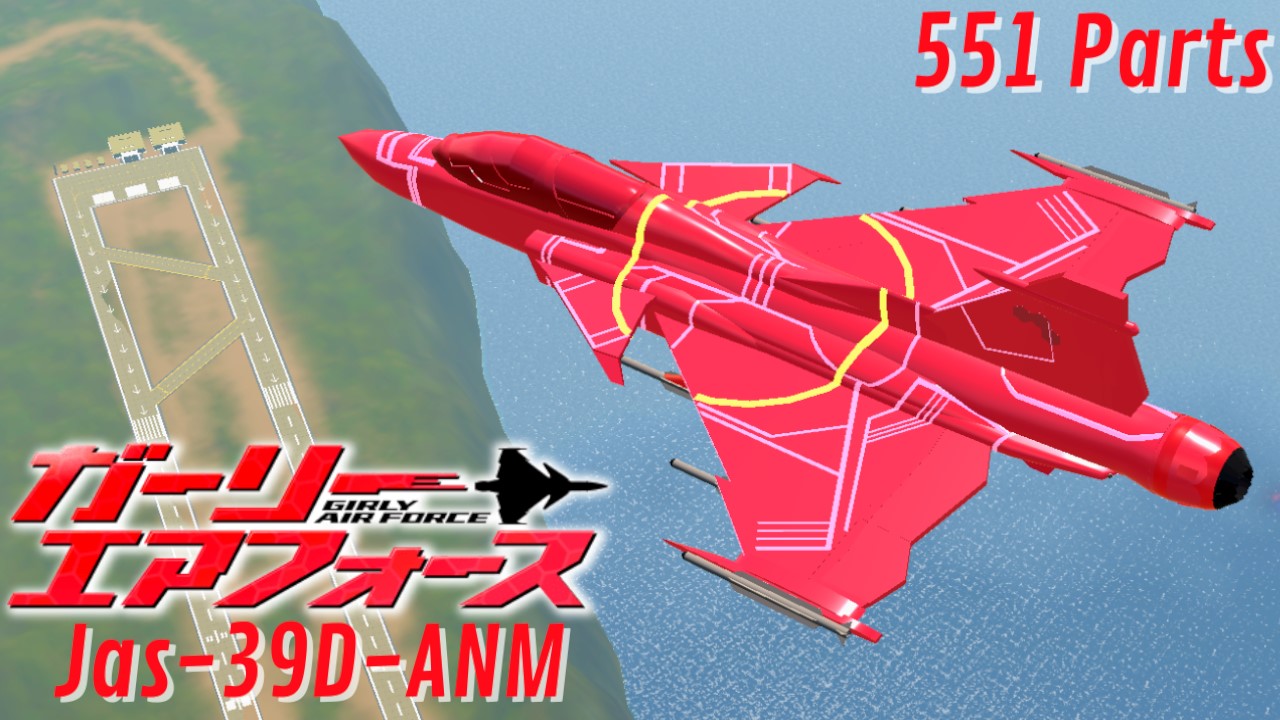 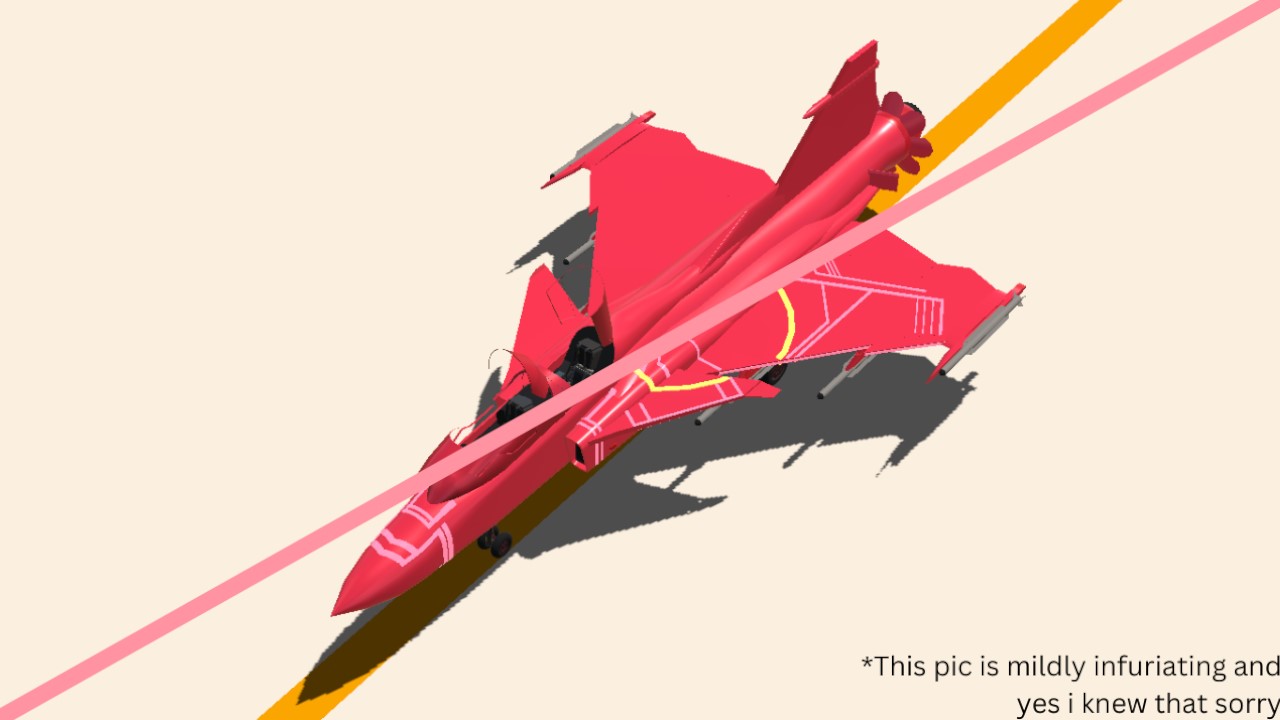 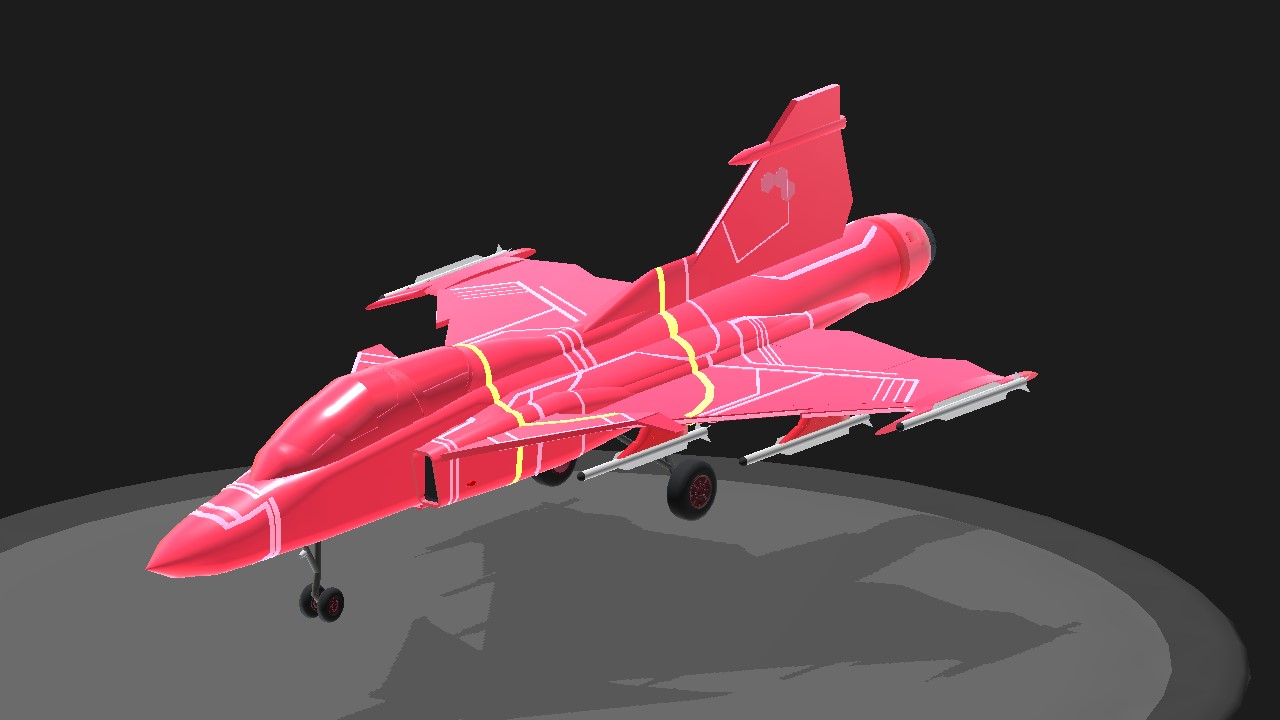 Look, I can explain, basically- *gets blasted by an AGM-65B*

The Jas-39 is light multirole fighter aircraft manufactured by SAAB AB, it had a canard and delta wing design with relaxed stability and fly-by-wire controls giving it good maneuverability and agility, it is powered by one Volvo RM12 afterburning turbofan engine with 54 kN (12,000 lbf) thrust dry, 80.5 kN (18,100 lbf) with afterburner, giving it a speed of mach 2, the PS-05/A Pulse-Doppler radar mounted on the Gripen allowed it to carry an assortment of missiles such as the Rb.101, Rb.99, IRIS-T, among others as well as guided bombs, it also had an internal 27mm Mauser BK-27 autocannon, the Gripen comes in 2 variants, a single seat and tandem seat version.

Okay that's cool and all but this is a rather peculiar Gripen isn't it?, well, this is a very, very heavily modified version of the two-seater Gripen D fighter jet, upgraded under the ANIMA program of the JASDF, it features thrust vectoring, redefined flight control surfaces, and even some sort of neurological network embedded into the plane itself, giving that "veiny" look on the outside, this system however was only compatible with pilots that are also part of the aforementioned program, though to say that they are "pilots" is a bit of an understatement.

Any fighter that received this upgrade would have the suffix "ANM" added after the name of the aircraft, the Gripen is believed to be the fourth aircraft to be converted after either the F-15 or the F-2, with the first one being the F-4, each of these fighters were based in Komatsu AFB in Ishikawa Prefecture, although, aside from it's early days, the missions it flew exactly is still unclear, from what's known so far, it had partook in an air cover mission for an evacuation of mainland China, and then it engaged in some battles above Japanese territories against what seems to be small, reflective, and highly maneuverable flying objects, which, gathering from intercepted communications, is designated as a Zai, or a Xi, or a Xai, or whatever.

The Gripen then proceeds to partake in a ground strike mission on an island outside of the Japanese ADIZ , this mission was conducted in two attempts, it then was transferred above USS Gerald R. Ford, in coordination with an American ANIMA, it proceeds to attempt to retake Shanghai from the Zai which only ended up with the American aircraft and the Gripen being missing for 3 hours, from this conundrum however, only the Gripen returned.

The next missions and the entire service life of the Gripen for that matter is not exactly known to this day, some sources say that more ANIMAs from other nations eventually met the Gripen, particularly some Russians and a French, after some time it is said that they managed to somehow time travel to the future, but from this point on, nobody knows whatever happened to the Gripen or to the other ANIMAs, it seems like they just, disappeared from existence somehow, though, it is said that the pilot accompanying the Gripen still do exist and is still flying in the military, it is said that he's very dedicated to his role, and is fully passionate for flying in his designated aircraft.

As for that designated aircraft? A rather sleek, light, and capable aircraft, the JAS-39C Gripen.

In this SimplePlanes version, well it's essentially a replica of the JAS-39D-ANM, the plane flown by both the protagonist and the deuteragonist of the show Girly Air Force, it features supermanueverability, 360deg lock missiles, and, the staple of the whole thing, dynamic skin technology, this allows for the retraction of those veins on the aircraft whenever the cockpit is open, the aircraft also had a cockpit with one way glass, and it's 'painted' from the tip of the tail to the nose. 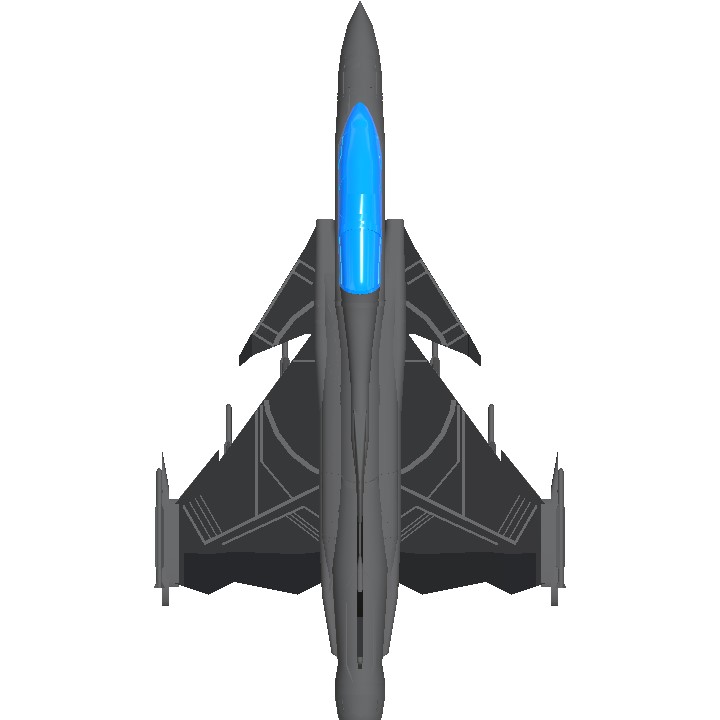 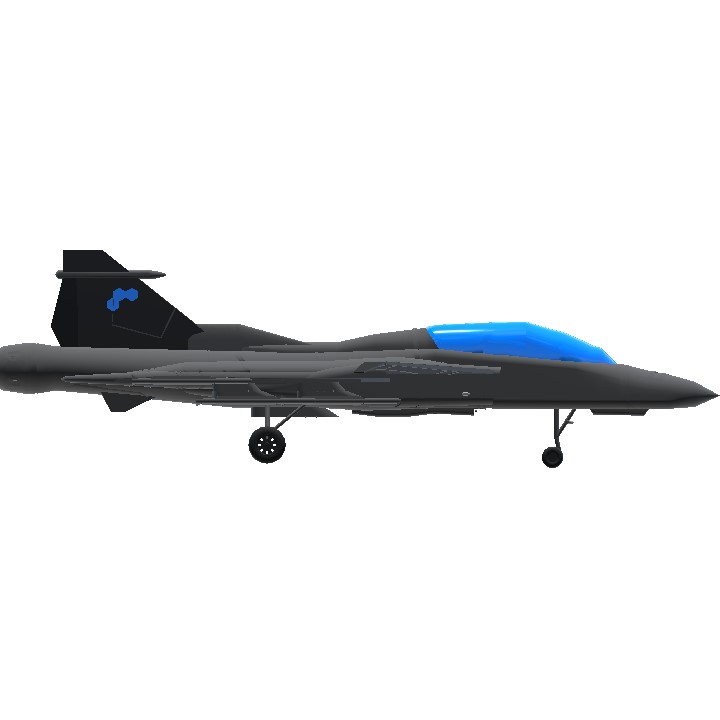 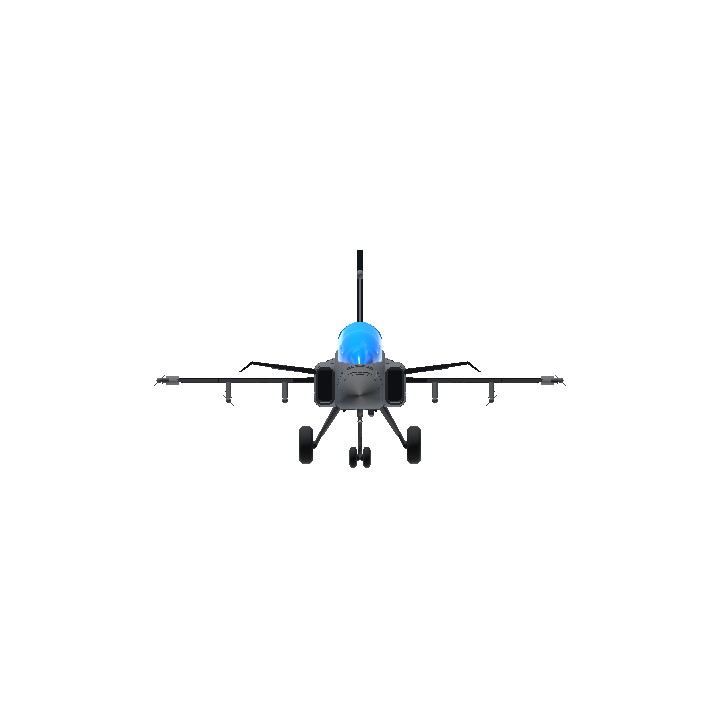