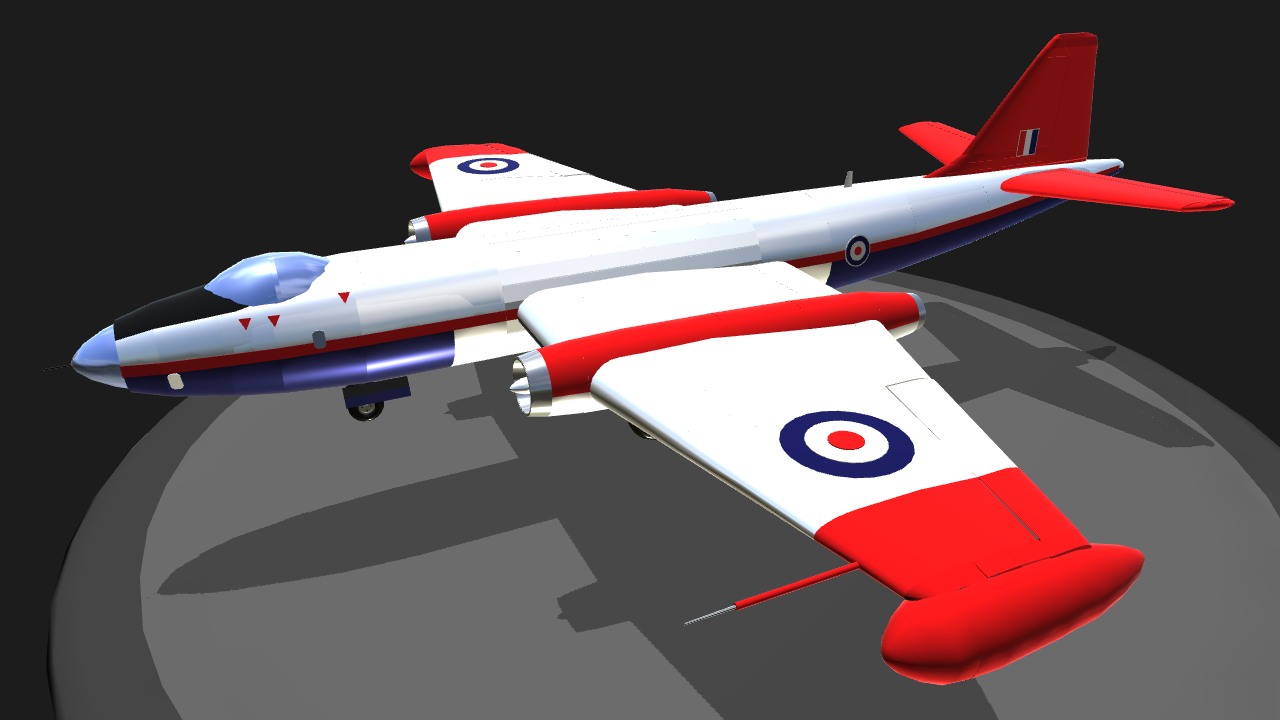 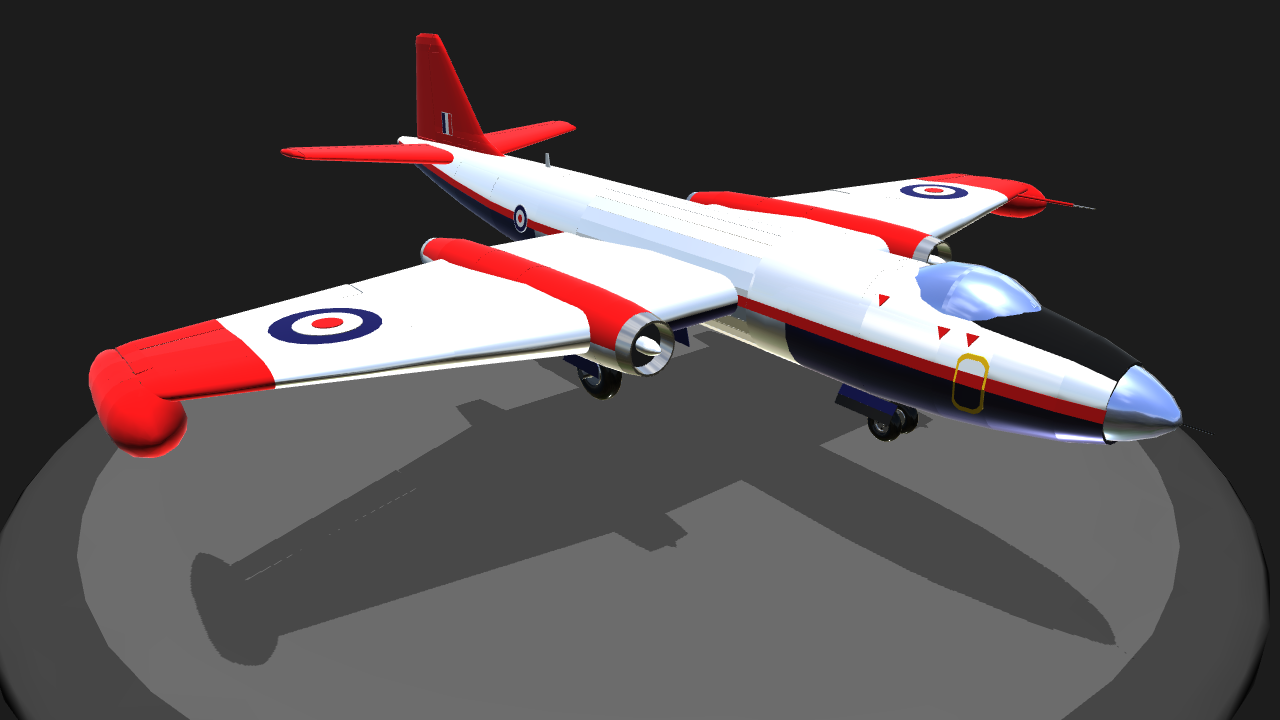 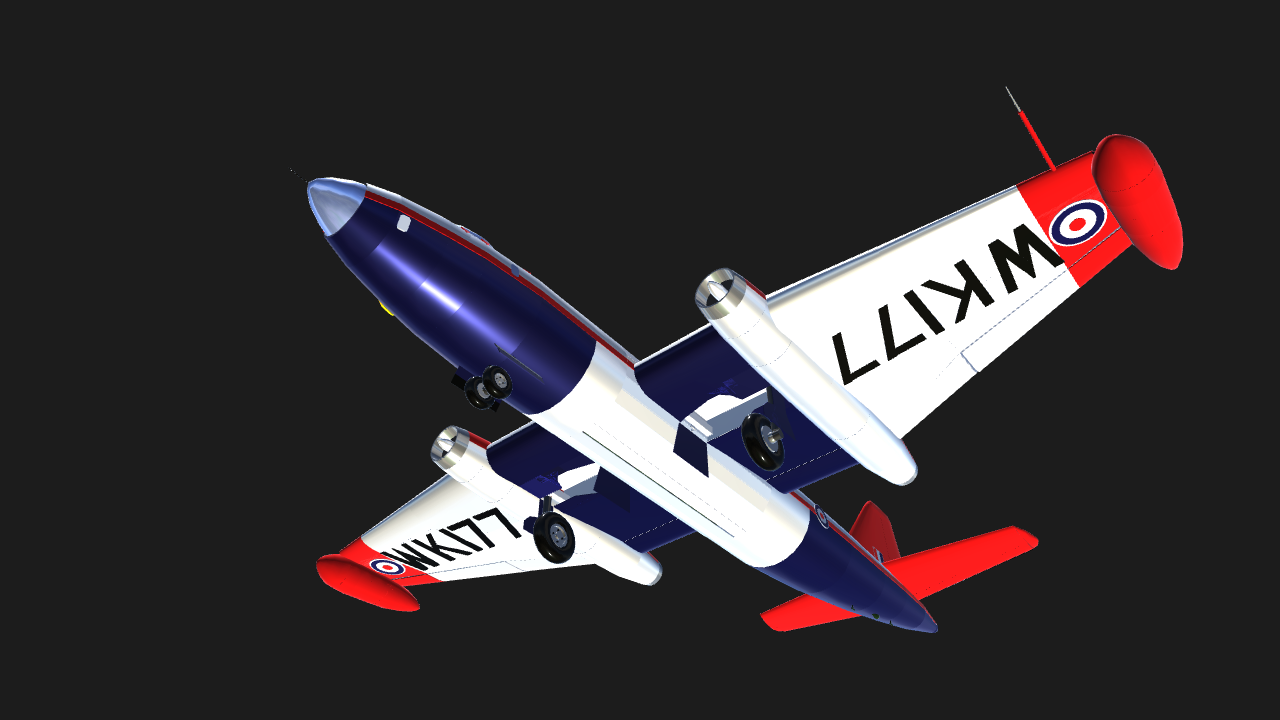 Righty, rasperry ripple anyone? I've completely re-built my original canberra. Vtol up for bombay opening, Vtol down for split flaps, trim on elevator, 12 bombs loaded. I based this on WT308 from the RAE / A&AEE.

WT308 was built against a 1951 contract as a B(I)6 and was the second airframe of only 19 Canberras of this type - although one other, XG554, was added to the contract in 1954. The B(I)6 was an interim mark of Canberra produced as an Interdictor whilst the RAF awaited its B(I)8s. Essentially a B.6 airframe, the B(I)6s were modified to take a bomb-bay fitted 4x20 mm gunpack and underwing pylons for bombs and rockets. The B(I)6 in RAF service served only with 213 Sqn in Germany, the first of the RAFG Night Intruder Squadrons formed at RAFG Alhorn in July 1955 and later moving to RAFG Bruggen. WT308 was taken on to RAF charge in May/June 1955. However, with only enough time, possibly, for its acceptance servicing, it was transferred to the charge of the Royal Aircraft Establishment in December of the same year and so it didn't actually see service with 213 Sqn. It was recorded at RAE's Western Flight (at Farnborough) in 1975 at which time WT308 was painted all over white with pillar-box red nose and tail and the RAE badge on one side of the nose. 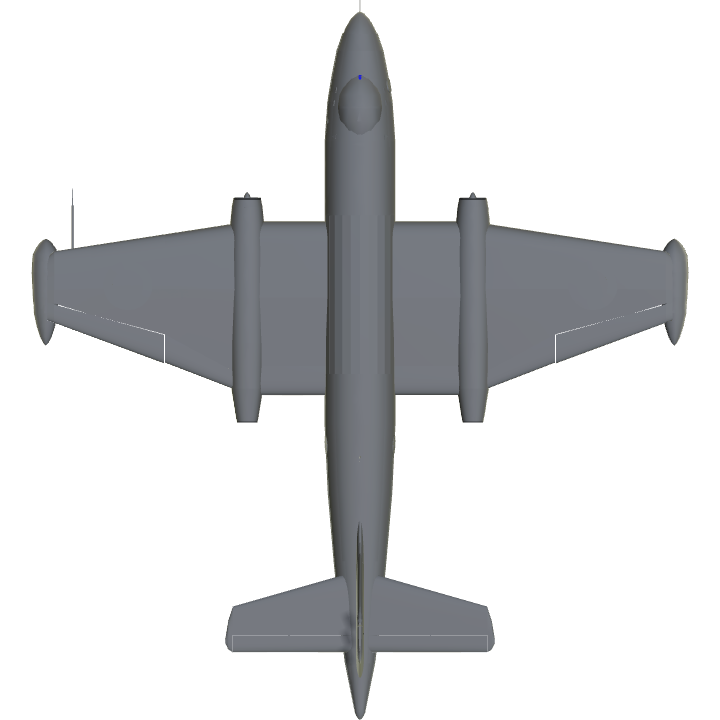 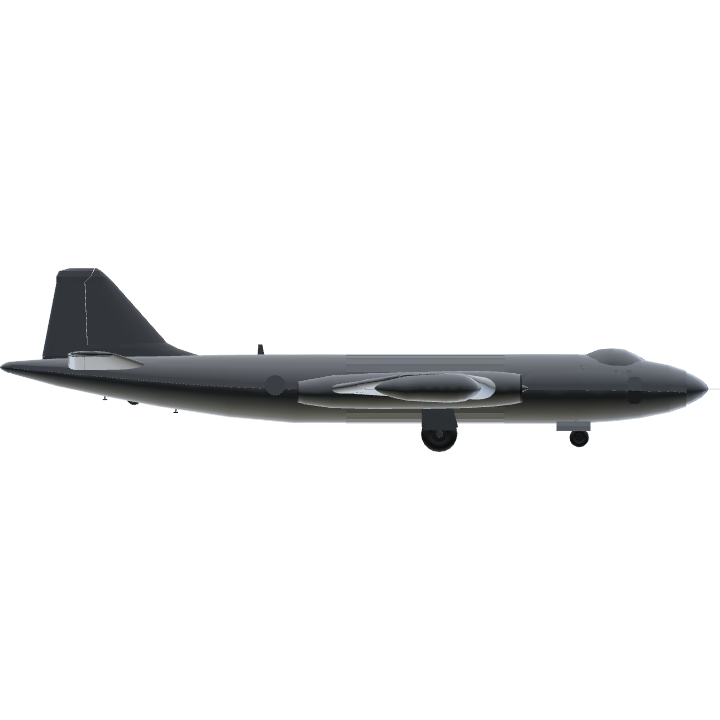 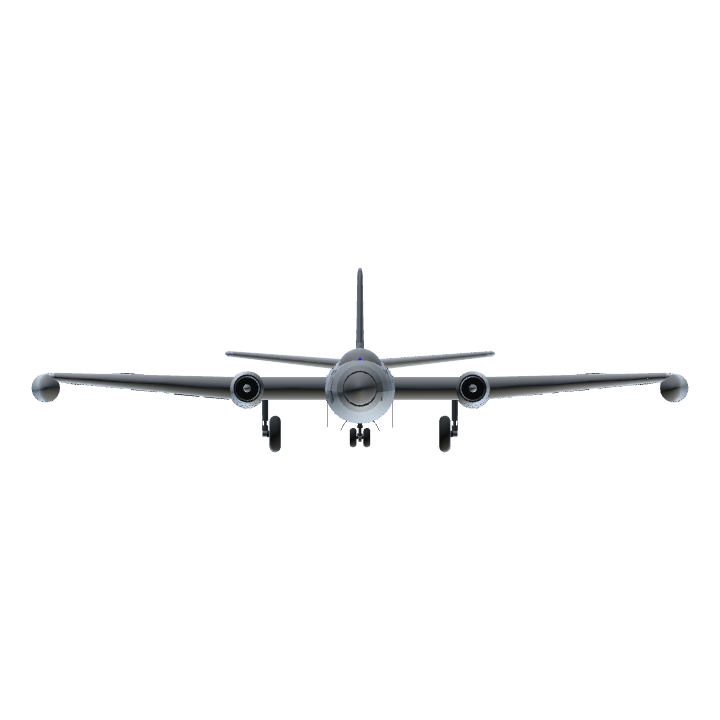