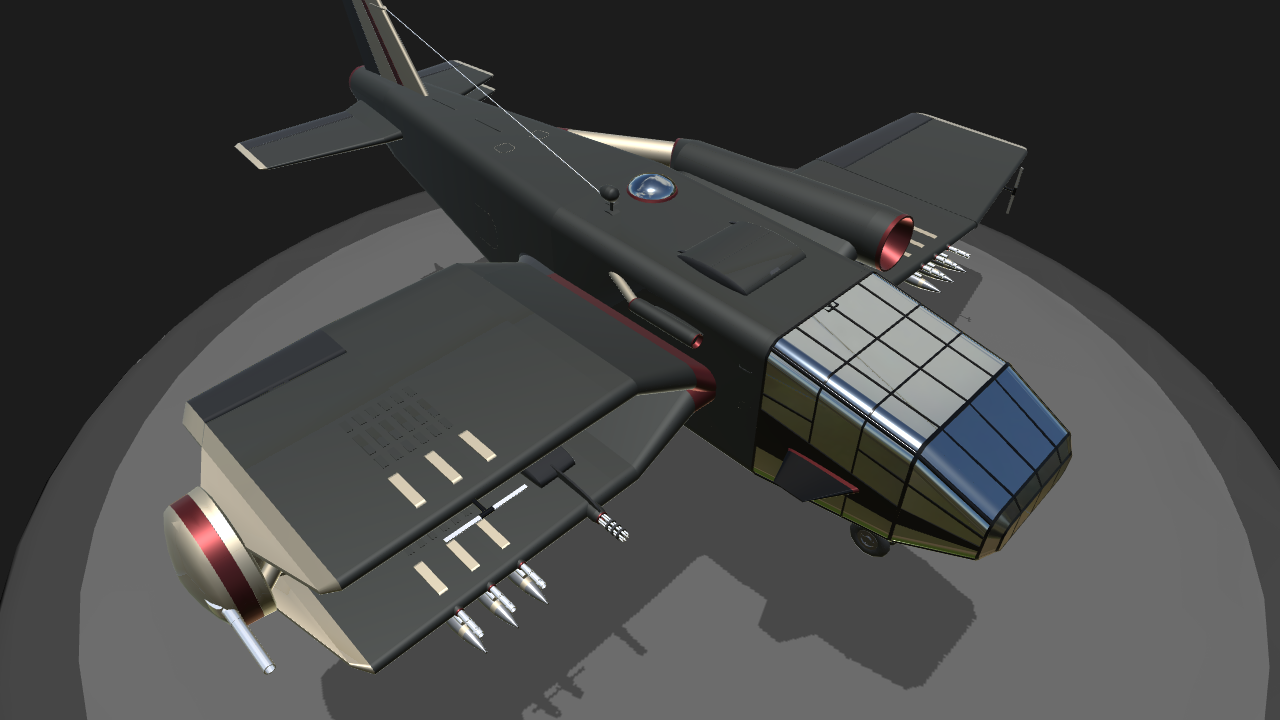 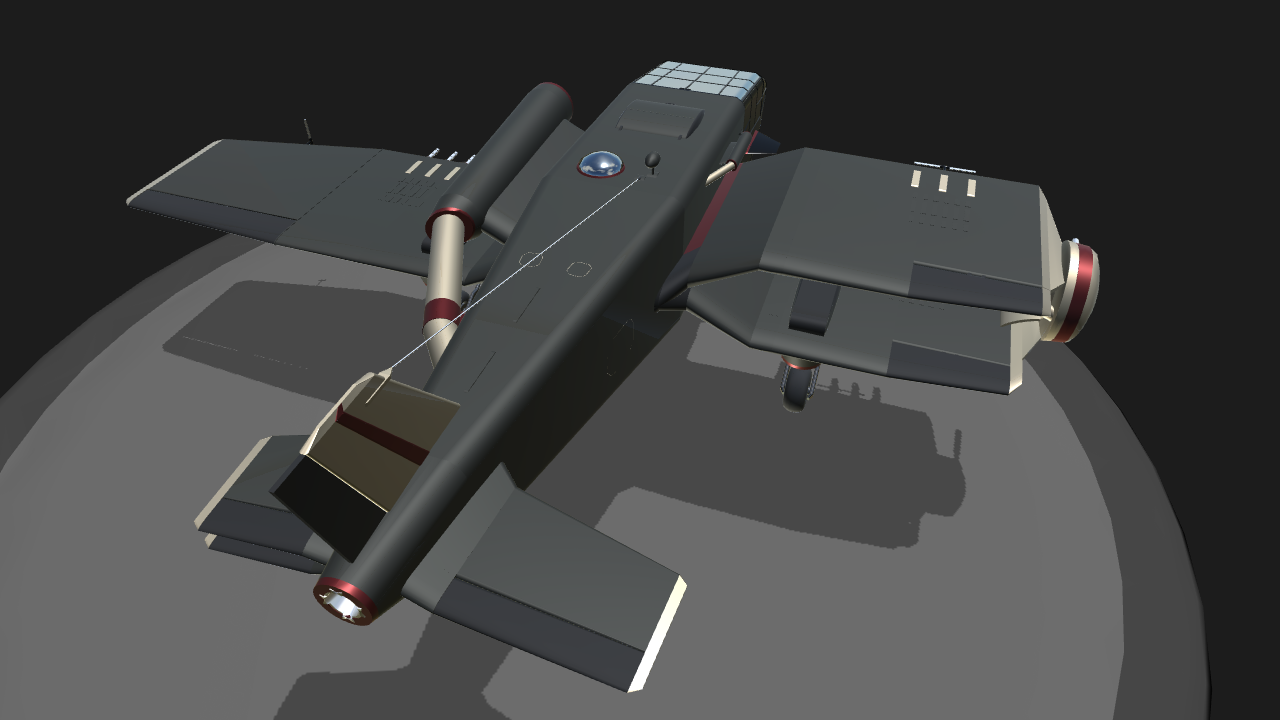 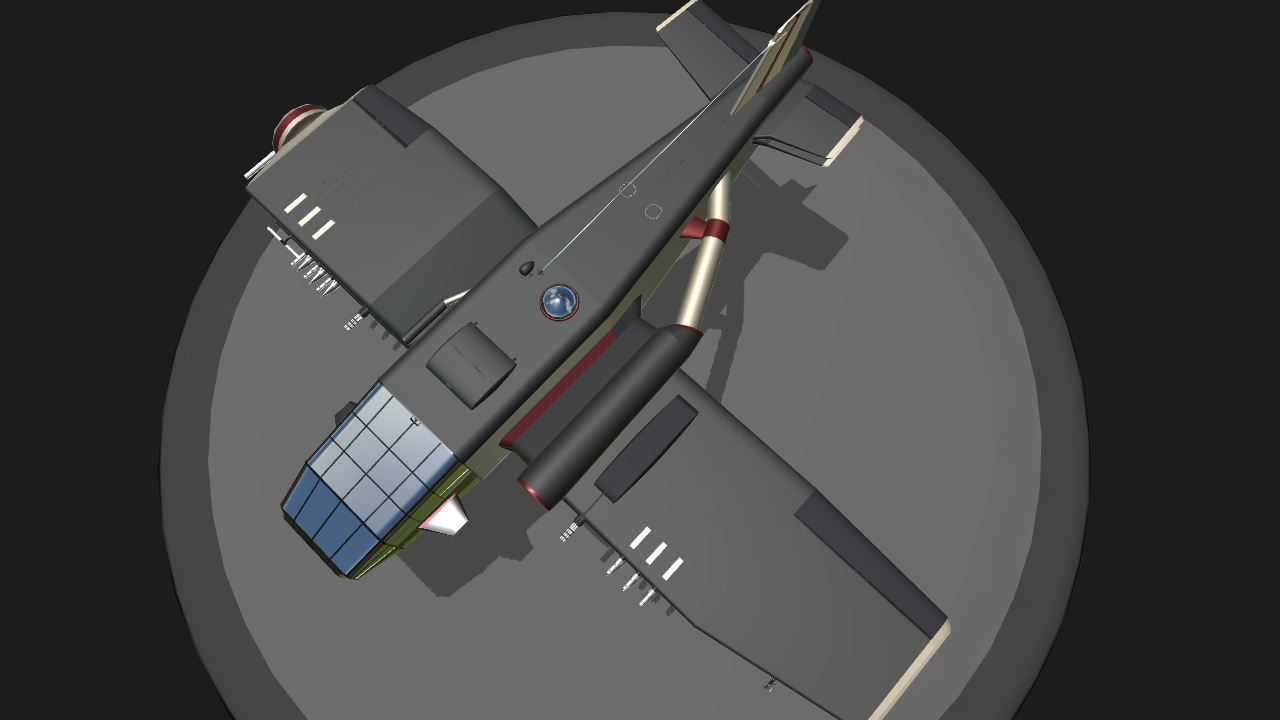 Apply fully throttle; rotate at 180mph TAS. Once airborne and gear up, set throttle and trim as required.

AG1 on to enable landing canards. Use 15% throttle for final descent; when speed drops below 260mph, VTOL down fully to set canards. Maintain 15% throttle through landing flare and touchdown then throttle off and brake gently.

Rockets available at all times.

His Majesty's Aircraft.”Strange Encounter” joins the fleet to provide point defence and ground attack/interdiction capabilities. The craft, with its crew of 2, is armed with 6 forward firing machine guns, 2 forward firing rotary cannon and 6 missiles. The outer starboard turret houses a large calibre cannon which can be rotated downwards to fire at ground targets; this is operated by the rear crewperson via the sighting scope mounted to the fuselage.

For this build, I was hoping to find a way to “sight” the cannon turret from the small “viewing scope” on the side of the fuselage but couldn’t figure a way to do it. Compromised by nudging a camera into the turret itself with a view roughly level with the cannon barrel. Note to DEVS: camera with an adjustable POV please! Also didn’t use tracer in the cannon; looks weird in flight. Lots of fakery in this build! 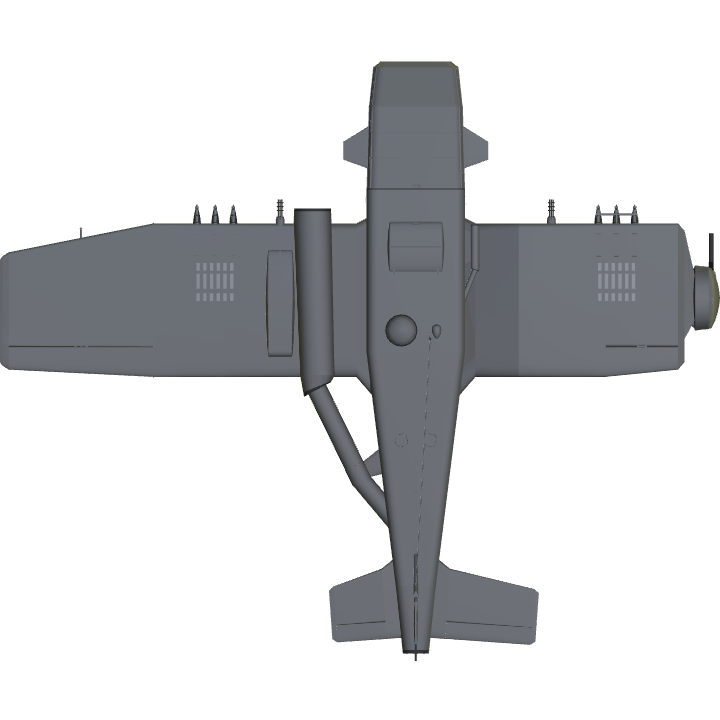 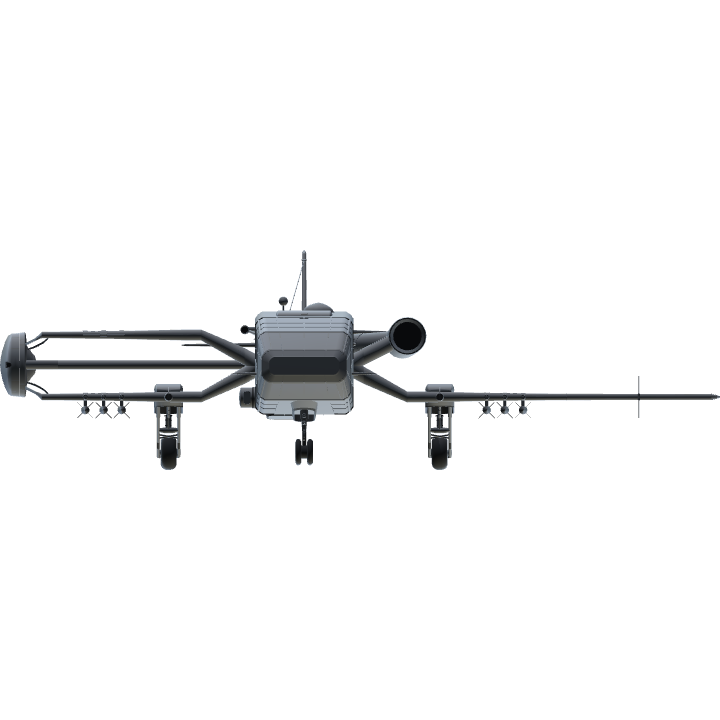