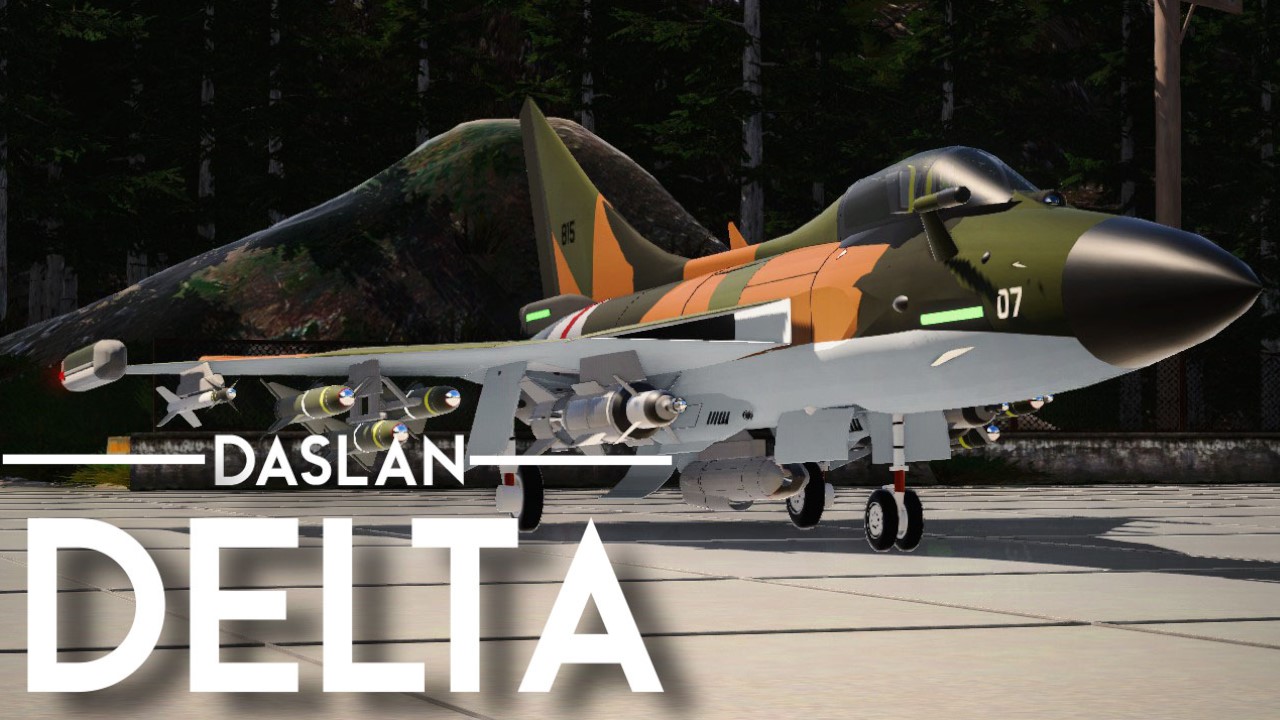 So I have this old account, made 6 years ago. It is my first experience with this game. I still use a phone to play the game and heck, even I didn't buy it (yes I pirated it). After a couple of months of playing, I just uninstalled it and forgot about it, including the account. A couple times ago, I remembered about this old account's existence and try to log in but alas, idk the pass, until recently. I can log in to my 6 y/o account! yay! And I have an idea of remastering my very first uploaded plane.
I was really wanted to upvote every build using that acc but decided not to, but tempting indeed. 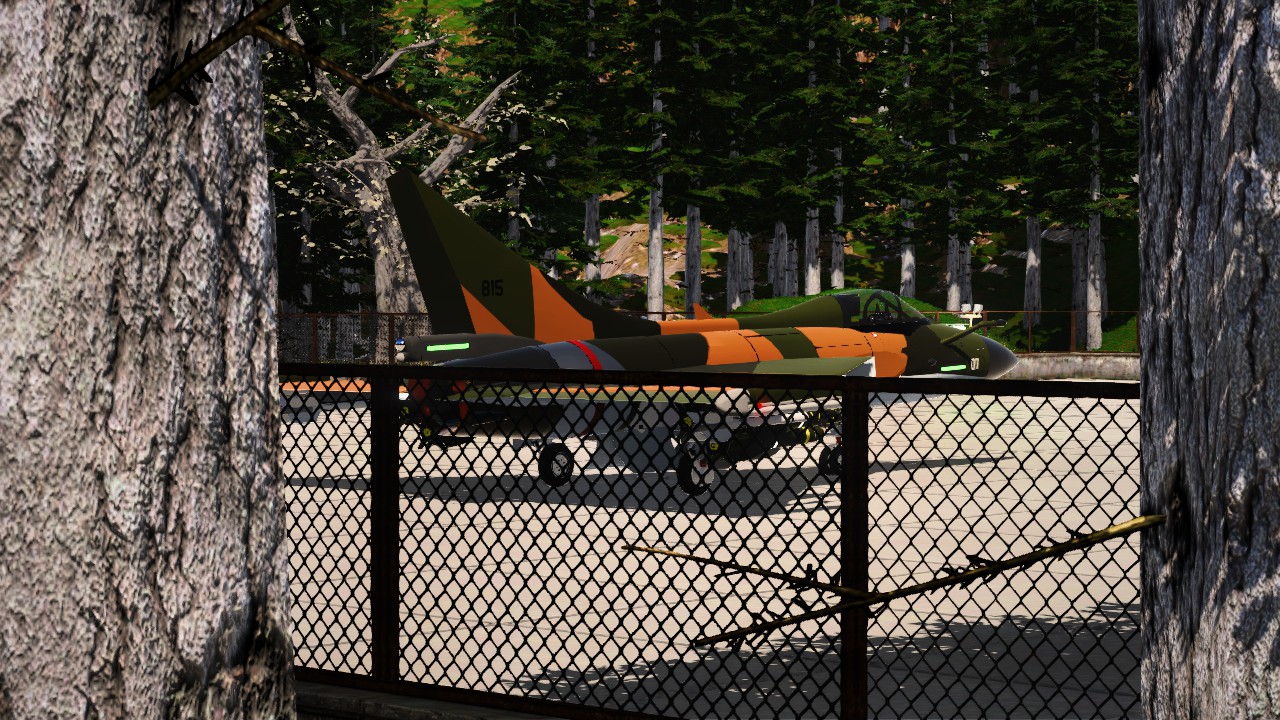 We decided to convert an interceptor to a tactical fighter role for ground attack, utilizing its high thrust and speed to break enemy defenses using the low and fast methods at the very start of the war. It follows the same doctrine as F-16 XL and mirage 5.

Daslan Delta is a supersonic single-seat single-engine interceptor-ground attacker or the official called it "tactical strike-interceptor" fighter jet. The original frame is an interceptor that boast high thrust and by that, asumed could carry heavy ground attack load. After the test, despite having a delta wing, it performed quite well for ground attack role. As it is an interceptor and ground attack, it probably best not to engage a dogfight as it only could pull 7G, but still a formidable fighter as it carry IR missile.

as in the original airframe, we use Delta I, 6 years old design as a base for our build

the wing, some of the fuselage, and inlet are the original, it's 6 years old. There's nothing special about it other than the age. Not for me tho, I like old stuff, a relics they are

Will track enemy, have a reticle. Note: Please use Zoom mod or low FOV, otherwise its just looked wierd 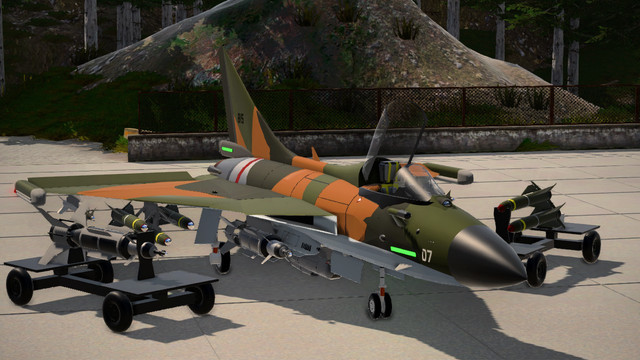 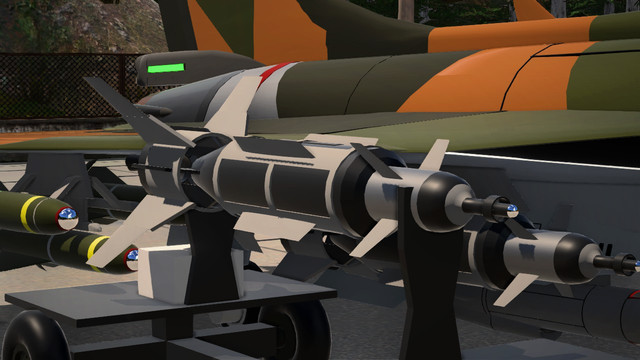 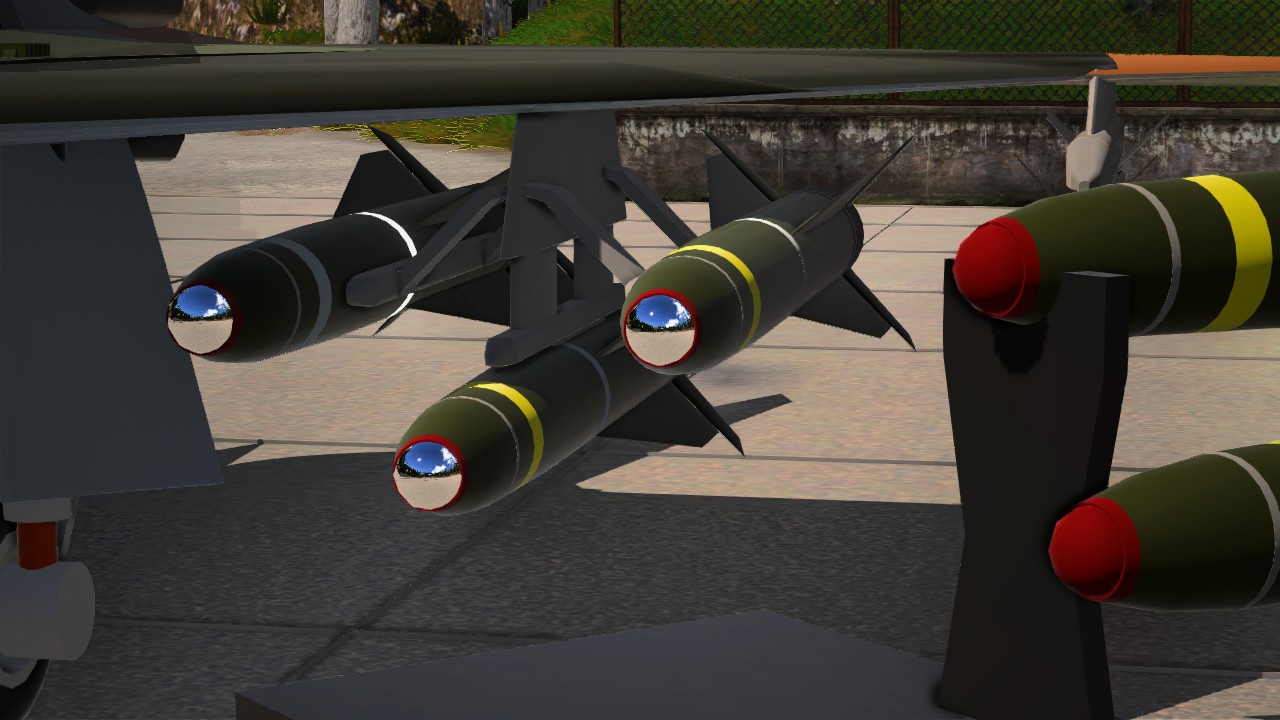 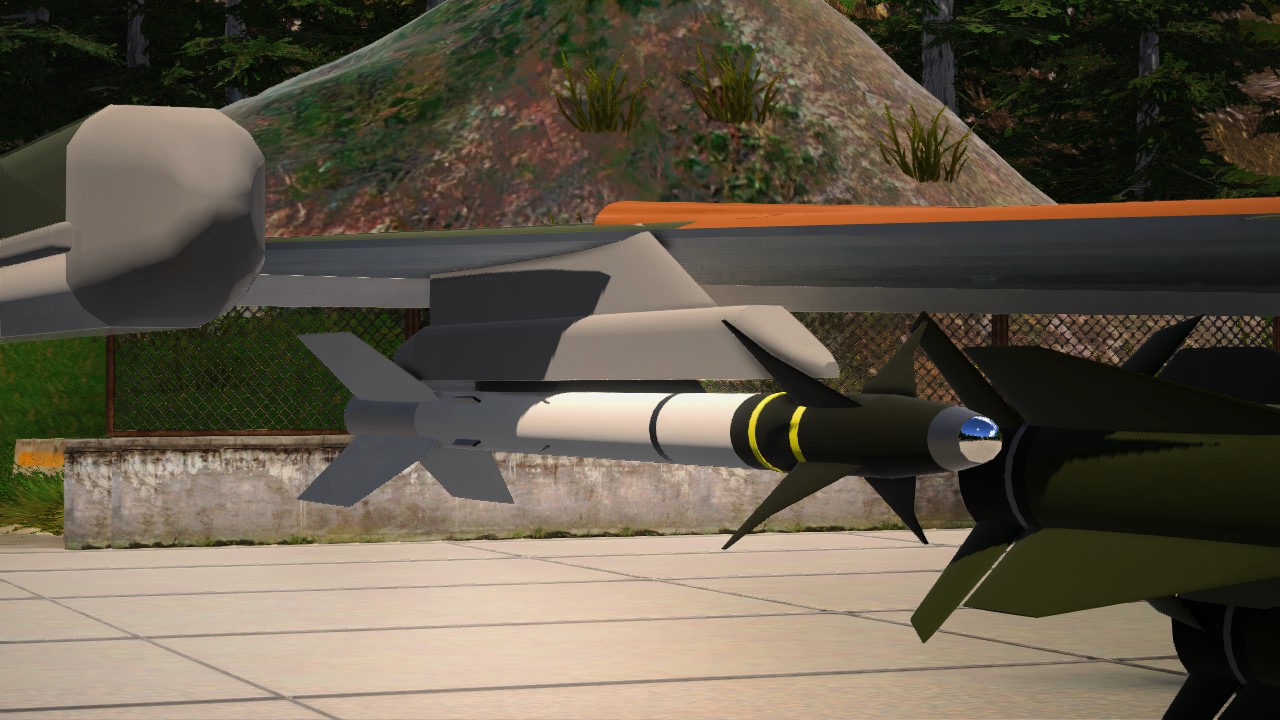 Short air to air missile made by RamboJutter. A self-defense weapon. 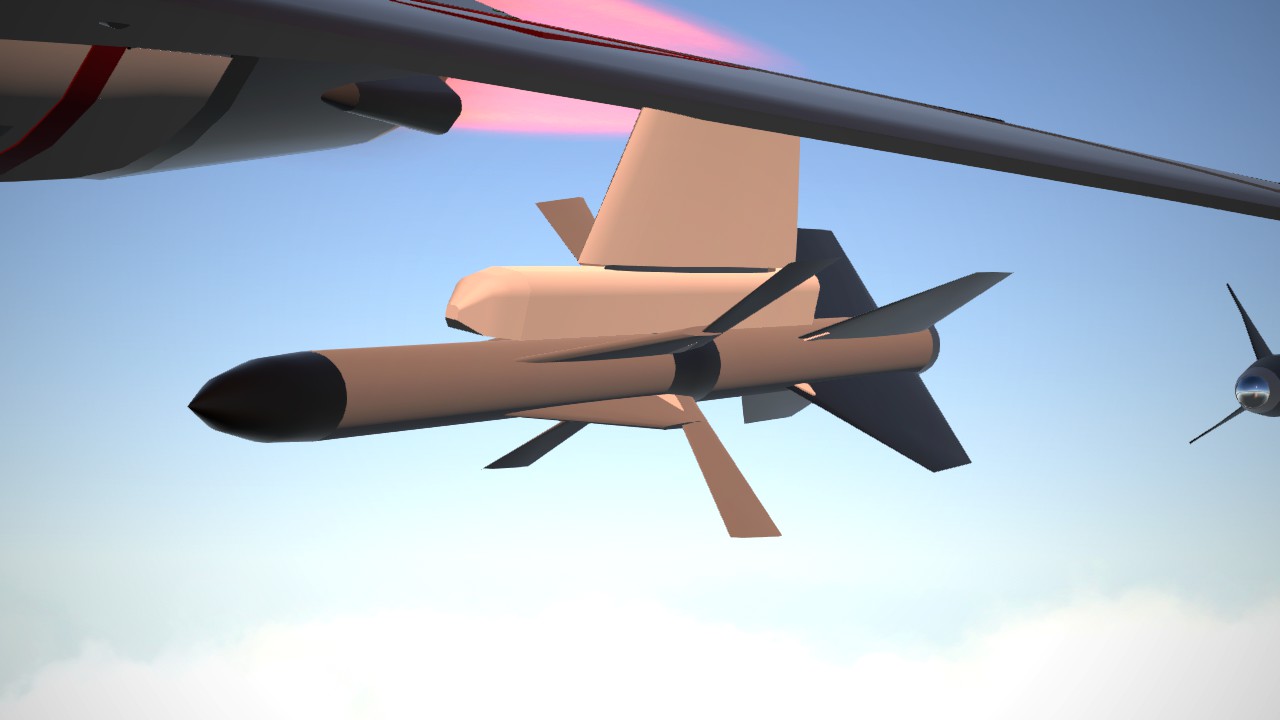 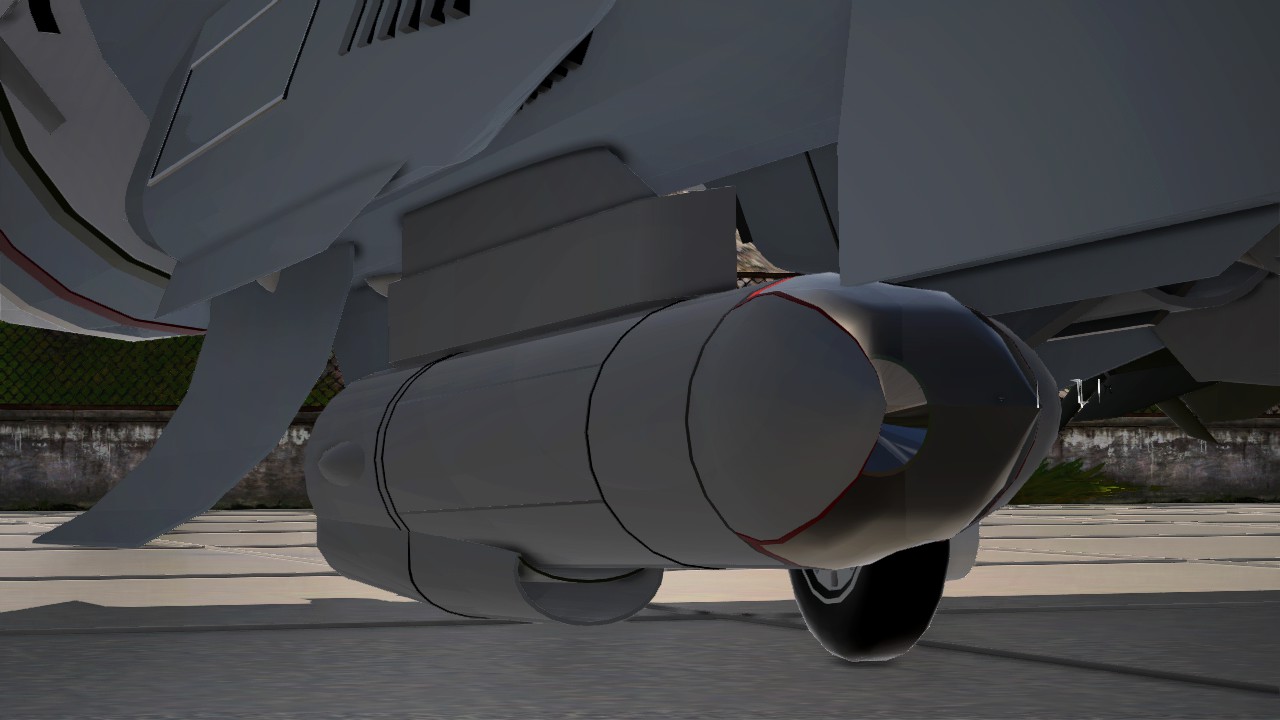 Not a weapon, but it is a device to help marking the target. Functional as it could lock the target. Could be used in situations where pointing the nose to the target is dangerous. abbreviation from Sistem Penargetan Eksternal (Indonesian for eksternal targeting system). Note: Please use Zoom mod or low FOV, otherwise its just looked weird
AG6 to activate the moving motor 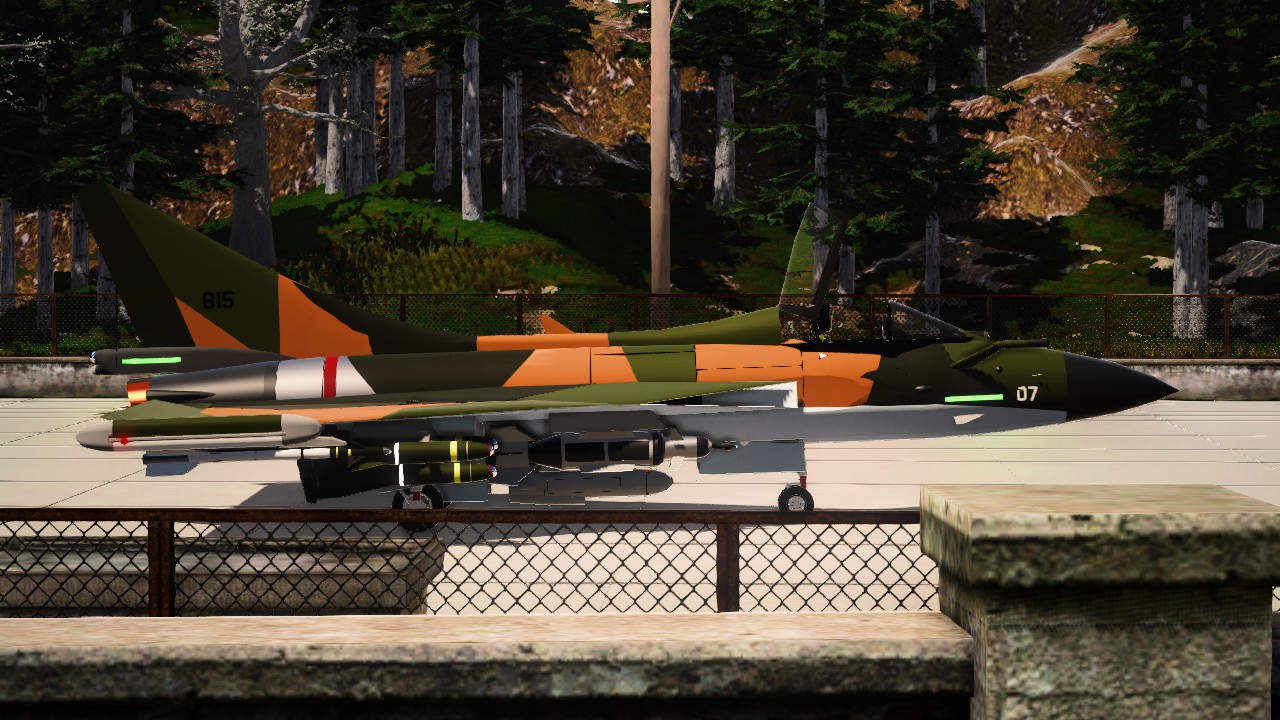 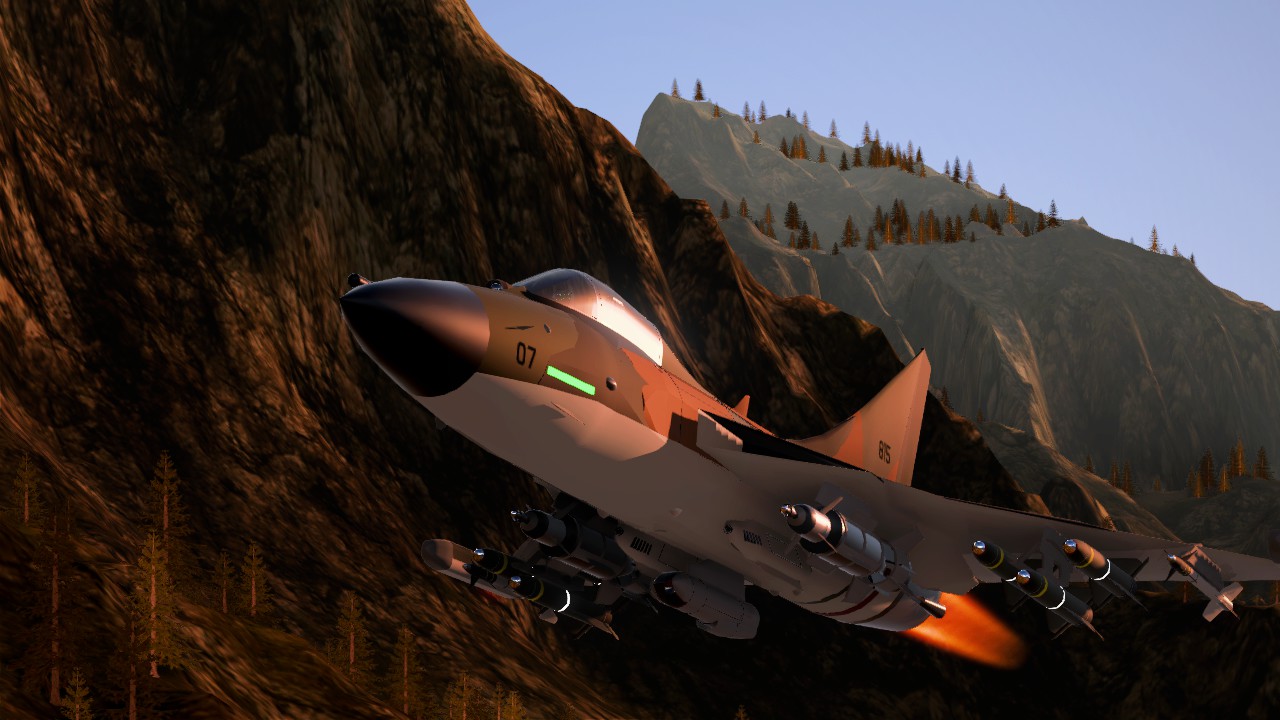 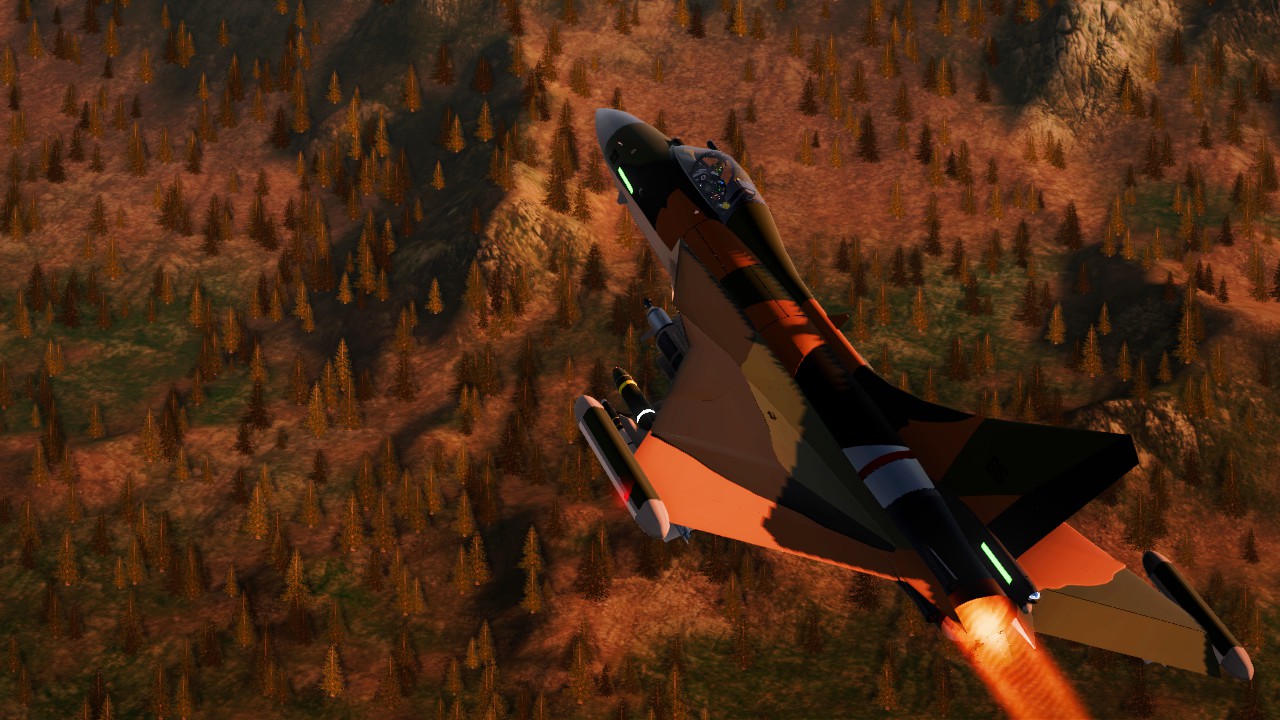 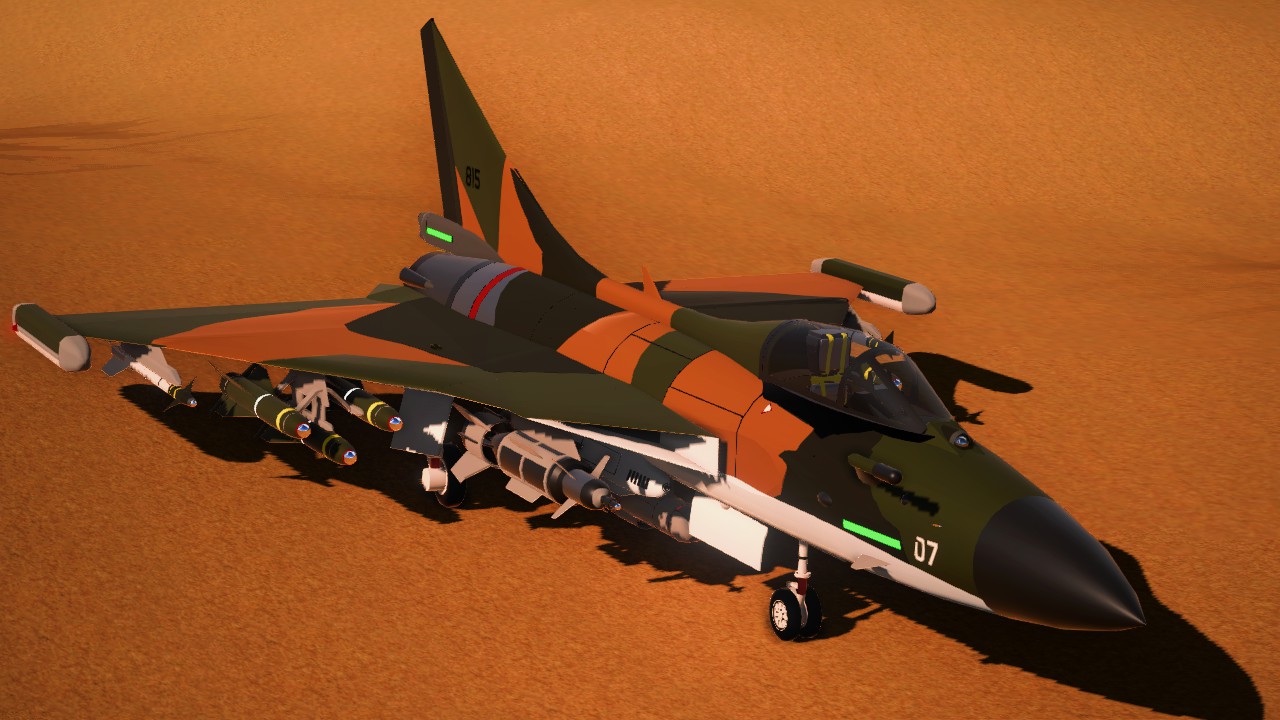 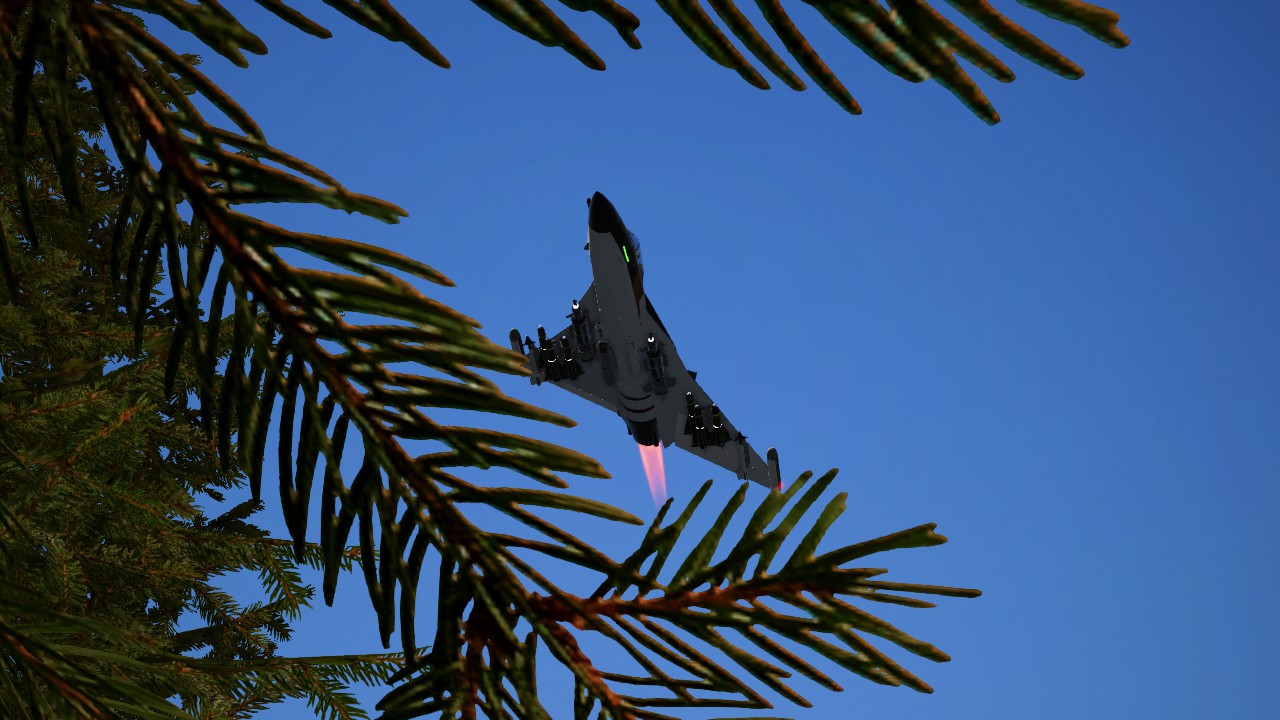 Pov border guard at the very start of the war

I think I put more effort than I planned before lol.

P.S. whoever dev that decided to put cannon on SP, congrats, you sold me to buy the game 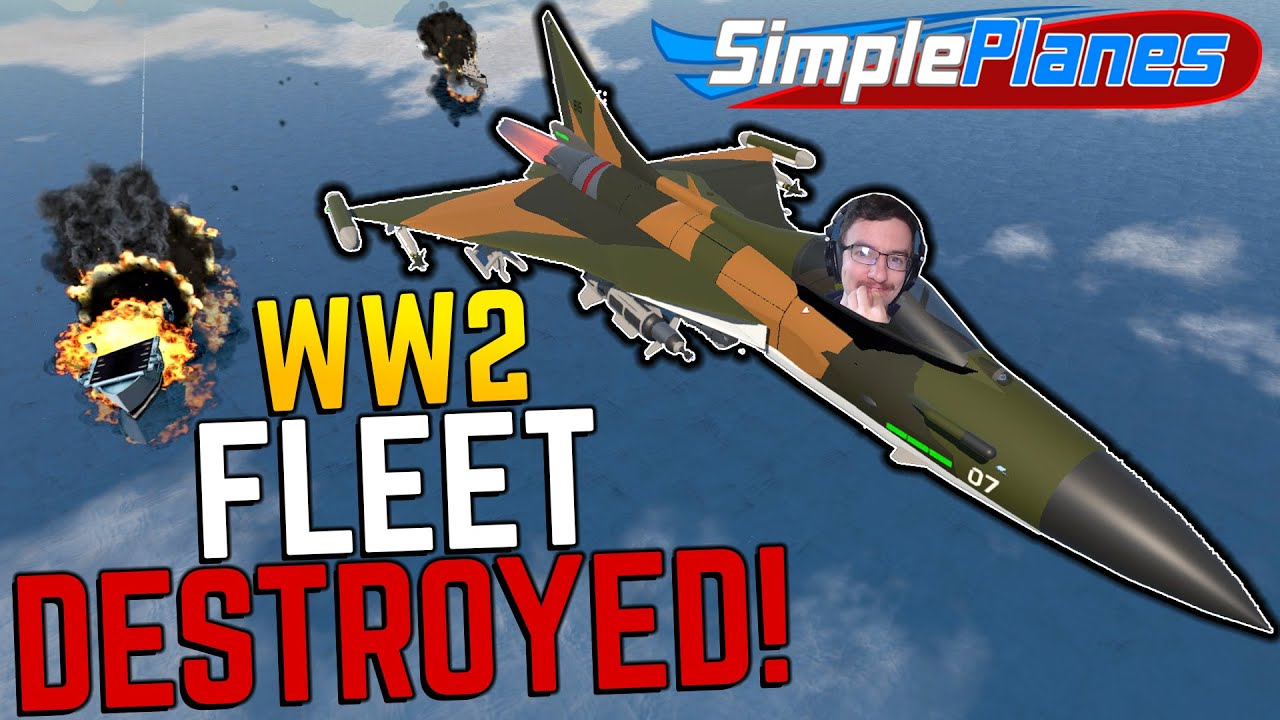 Frantic do some video about this. Check him out! : Link 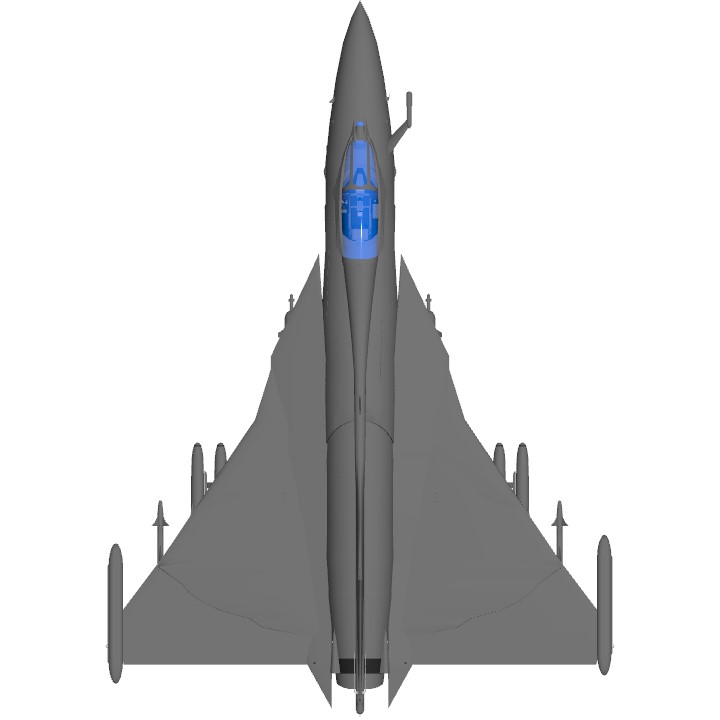 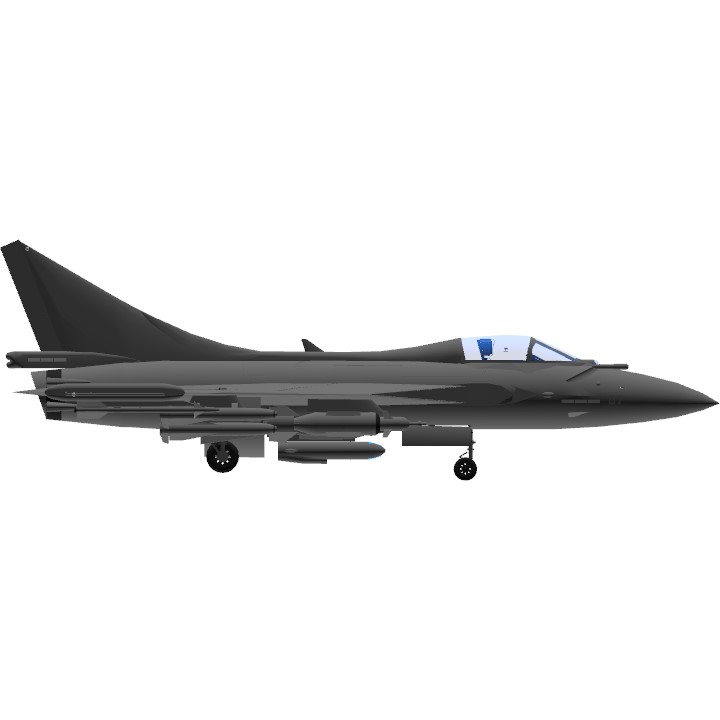 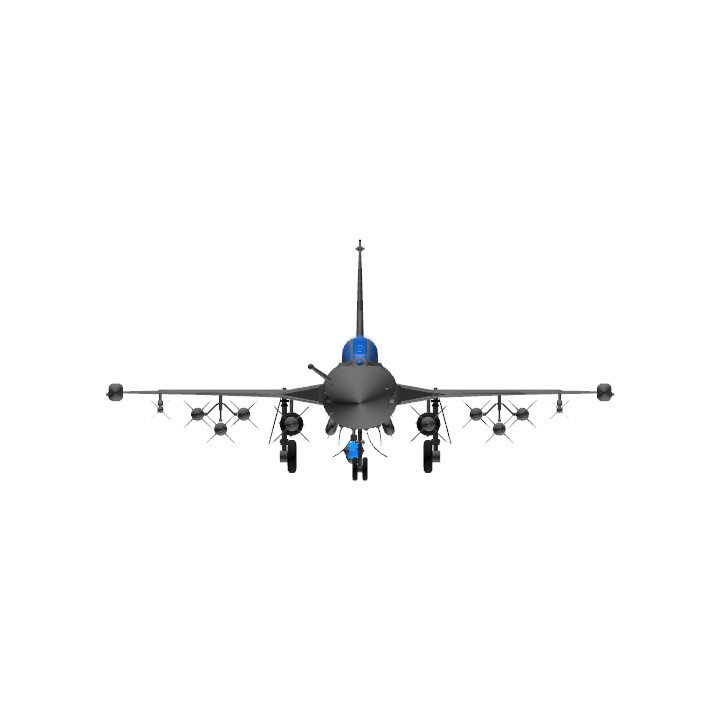