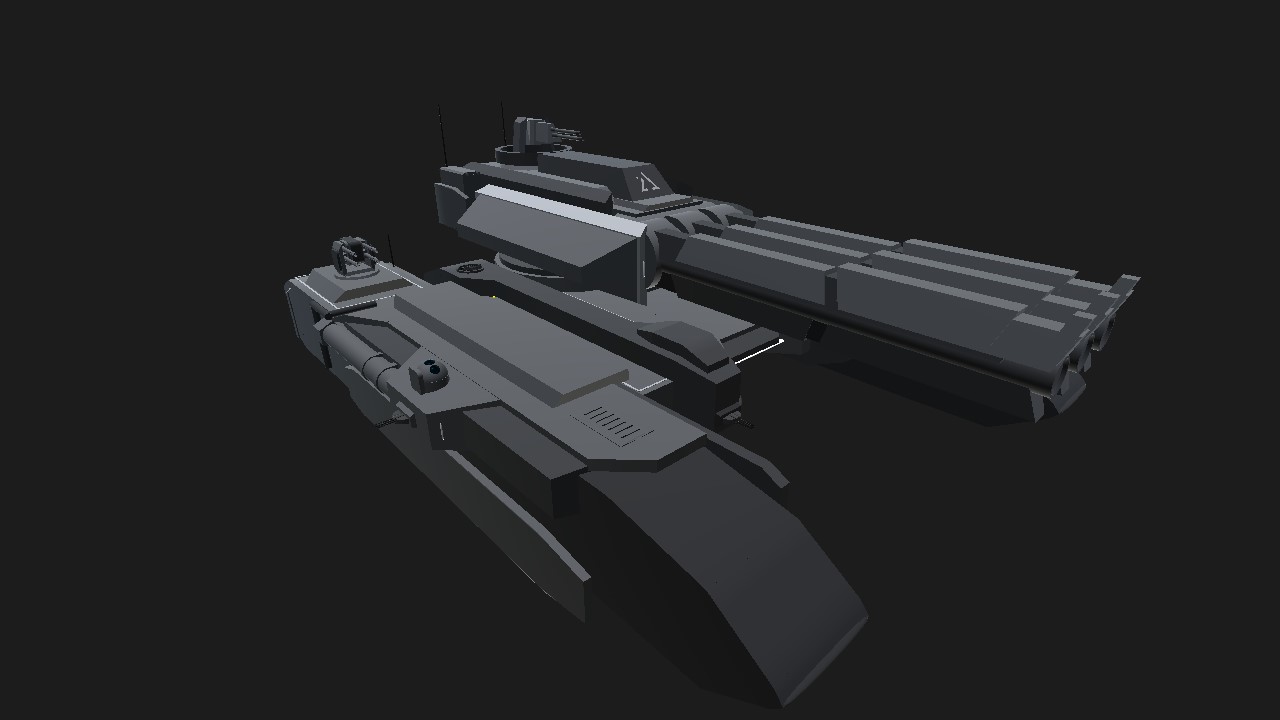 All credit goes to the original builders, Sadboye12 and Avalon Industries.

So two fine builders, one of them among the most distinguished builders of our time, Sadboye12 and Avalon Industries made a collab and created a monstrosity (in a good way) of a siege artillery platform, with the main guns so large that even the dreaded Schwerer Gustav looked like a toothpick in comparison: each of the three gargantuan mass drivers have a caliber of 1375mm (!), and is capable of accelerating those automobile-sized shells to over seven times the speed of sound, Every. Six. Seconds. Every inch of the magnificent construction exudes the rightful arrogance of a technologically advanced superpower, the malevolence of a supreme entity that can vaporize a continent by itself, th-
.
Tom! Quit drooling over that tank you disgusting pervert! I'm never allowing you to be within 30 feet from my car ever again! Who knows what you're going to do to it when I'm not watching!
.
... chillout, even I won't be attracted to that third-rate junker of y- - [punched mid-sentence] -
.
.
...Okay, back to the topic... I know I have no right to judge, but... the tertiaries, aka the "wing" quad-autocannon turrets beside the main turret, had some errors in its auto-targeting algorithm that made it drastically less accurate at ranges beyond 1 kilometer, while the settings on the rounds made them completely useless beyond 2.4 kilometers. With the fixed coding and revised setting, it can start knocking out important parts on enemy planes from over five kilometres away, and instantaneously vaporize targets that are unlucky enough to wander into the 2-kilometer range.

So What Happened:
Ever since update 1.9, people have been trying to use cannons to shoot down planes, from both surface-based and air-based platforms. And ever since update 1.10, people have been making auto-tracking AA turrets that can track targets faster than humans could react. The problem? There're two types of turrets, one cannon-based, the other gun based. What's the problem in that, you may ask? It turns out in-game cannon rounds have bullet drop and in-game machine gun tracers doesn't! So there are bound to be two types of auto-tracking codes, one to compensate for gravity and one that doesn't - and mistaking one for another meant not hitting jack * bleep * beyond point blank range. The two turrets used machine guns - yet the codes for elevation is for cannons. This resulted in the turret compensating for bullet drop that doesn't exist - which completely ruined the accuracy beyond anywhere more than half a mile or so (where drop from gravity is still minimal). Correcting the coding didn't completely solve the issue, either: perhaps due to an oversight, the guns, although massive by autocannon standards (they look like something at least 40mm in caliber, if not 76mm), yet had no bullet lifetime setting in overload, thus reverting to the default 3 second setting. 3s × 800 m/s = 2400m. So the shells disappear at 2.4km range - whereas most 35mm AA guns can comfortably punch above 5km range. This is addressed as well in this upload, where the projectile's lifetime is set to 8 seconds, allowing it to potentially hit targets more than six kilometers away - with a pretty high chance of actually hitting and taking some important parts out from 5 kilometers away.
.
.
... and those two turrets are locked with Ag5, not Ag4. 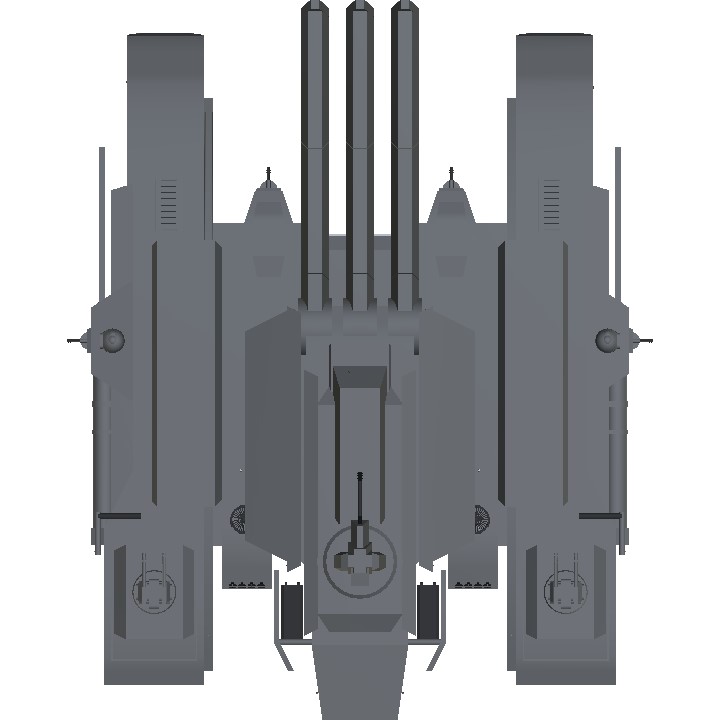 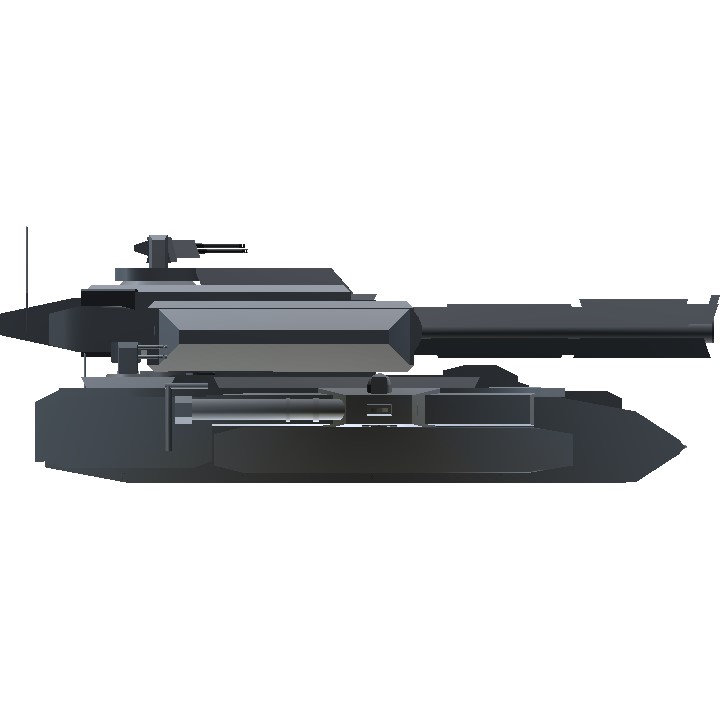 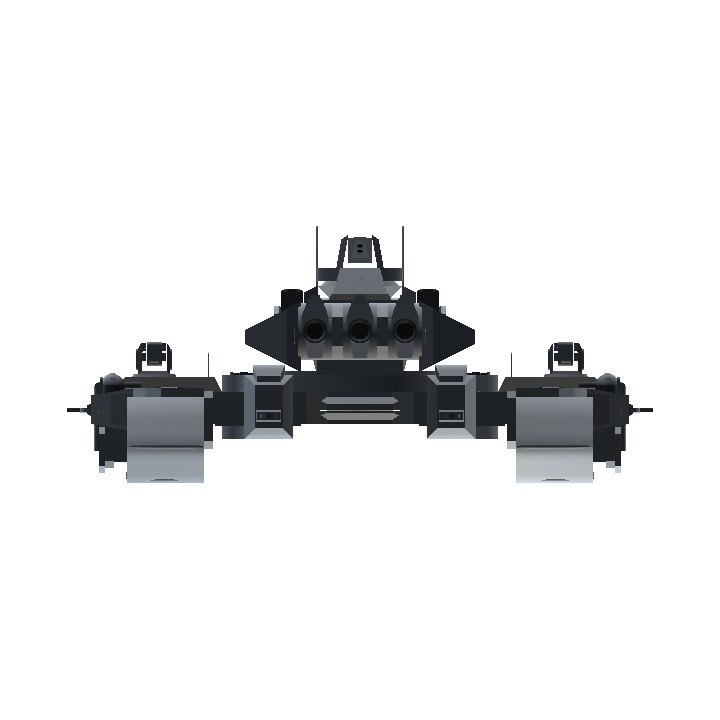