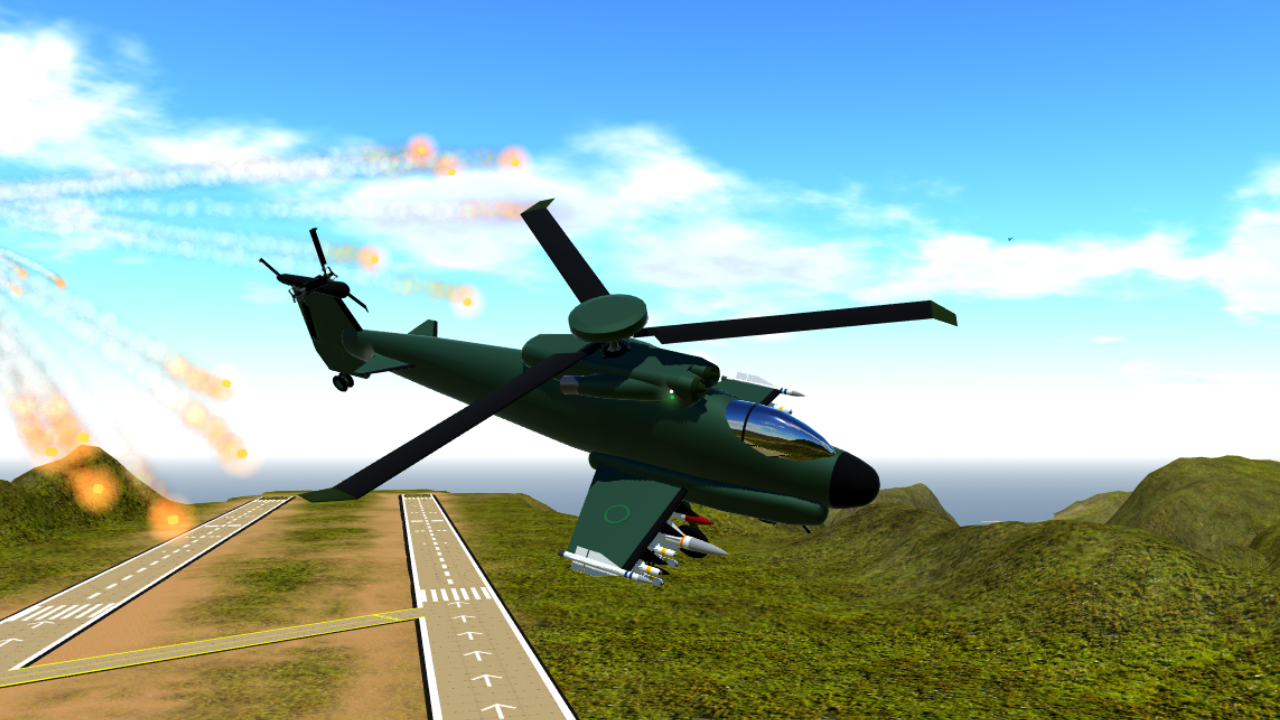 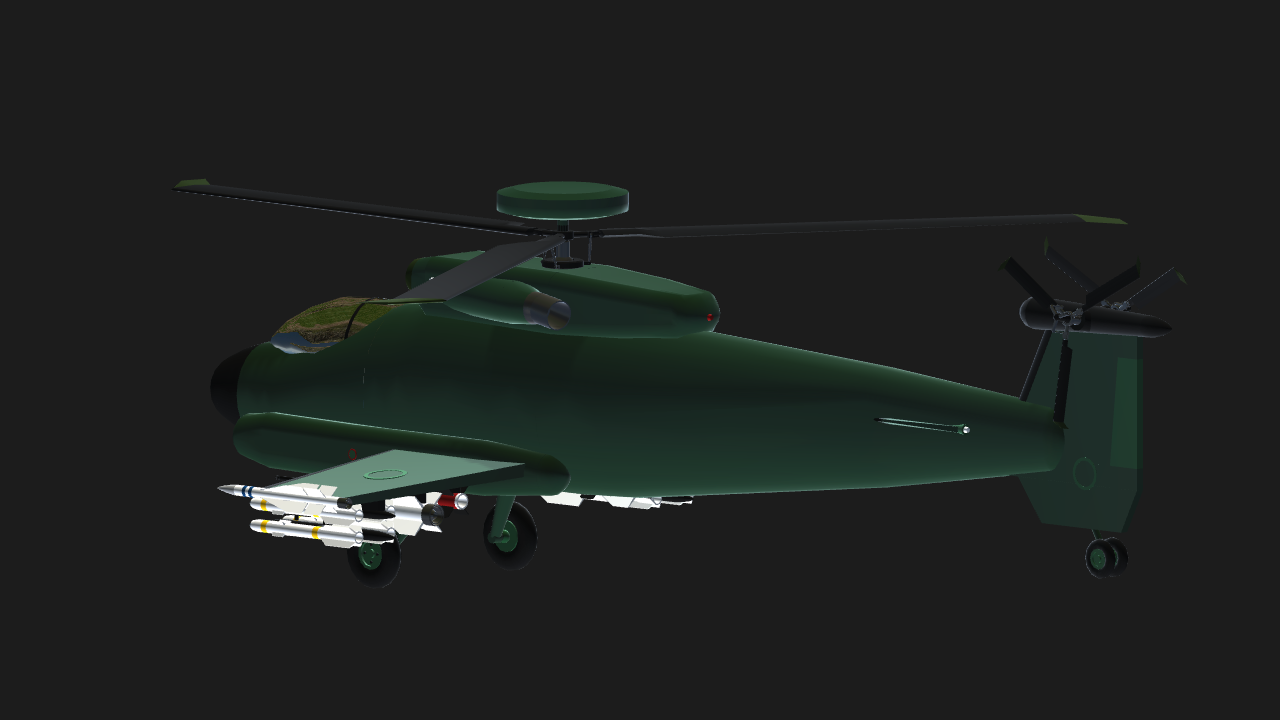 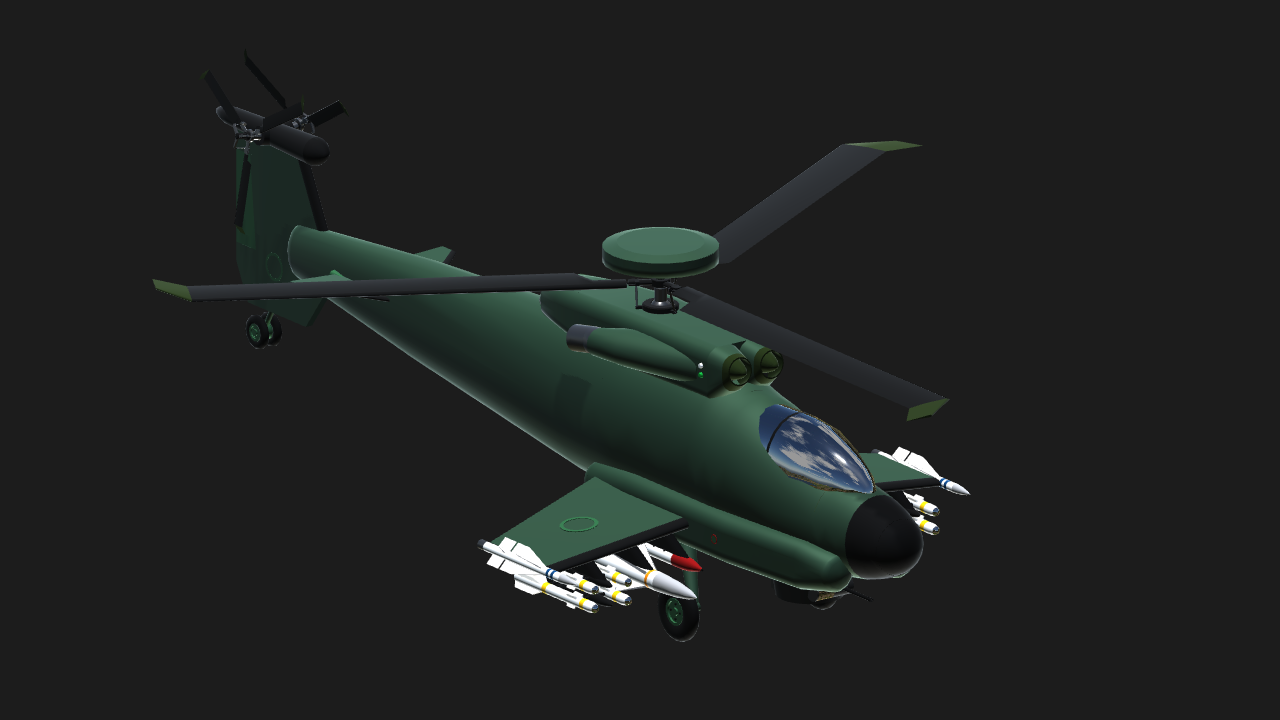 This is the AH-011 'Jager', which translates to hunter in English. It has been designed from the ground up to be a coastal attack helicopter, which means it is not only armed with 8 anti-tank missiles, but it also carries 2 anti-ship missiles. The design also features a semi automatically aimed cannon; the pilot only needs to adjust the elevation of the cannon manually.

The AH-011 is used as a self-sufficient platform. Although it greatly benefits from supporting aircraft and armour units, the airframe is capable of fighting on its own. With a set of powerfull radars, one above the rotor and one in the nose, the 'Jager' gives its crew a great and comprehensive view of the battlefield. Those same radars also allow this helicopter to cary a set of short range anti-air missiles, which can lock onto an enemy aircraft with ease.

PS: This is my first helicopter. :) 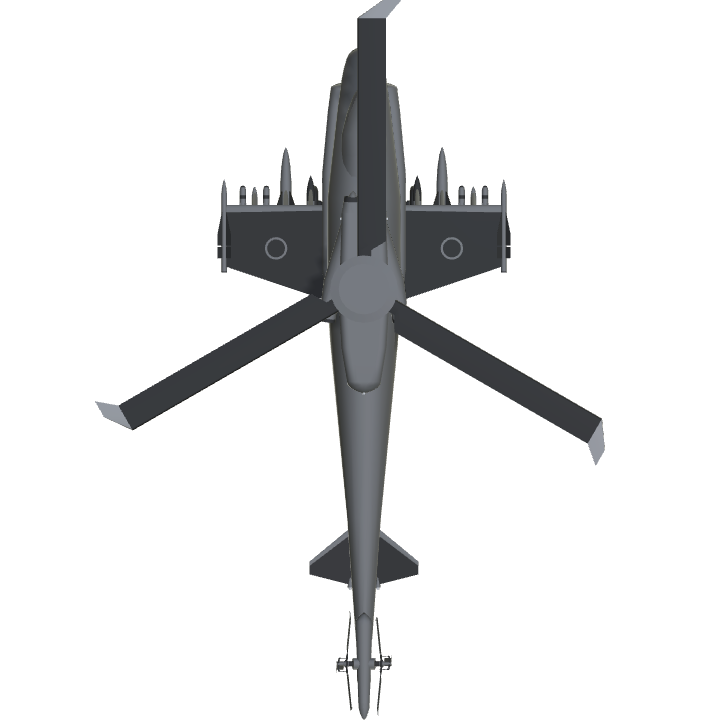 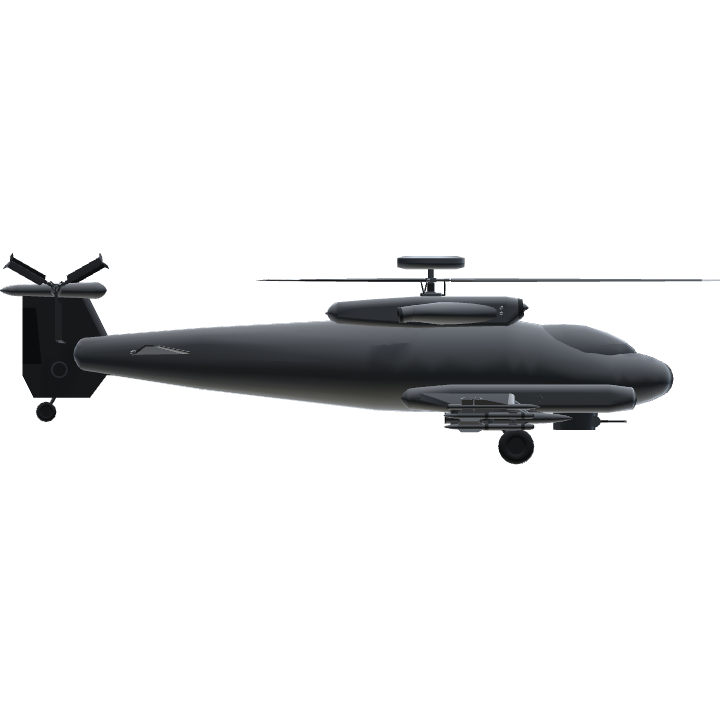 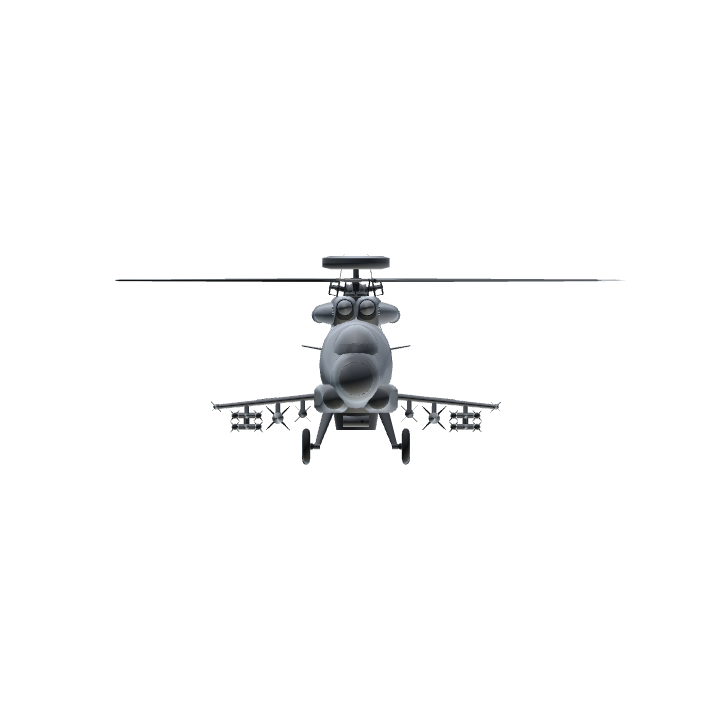