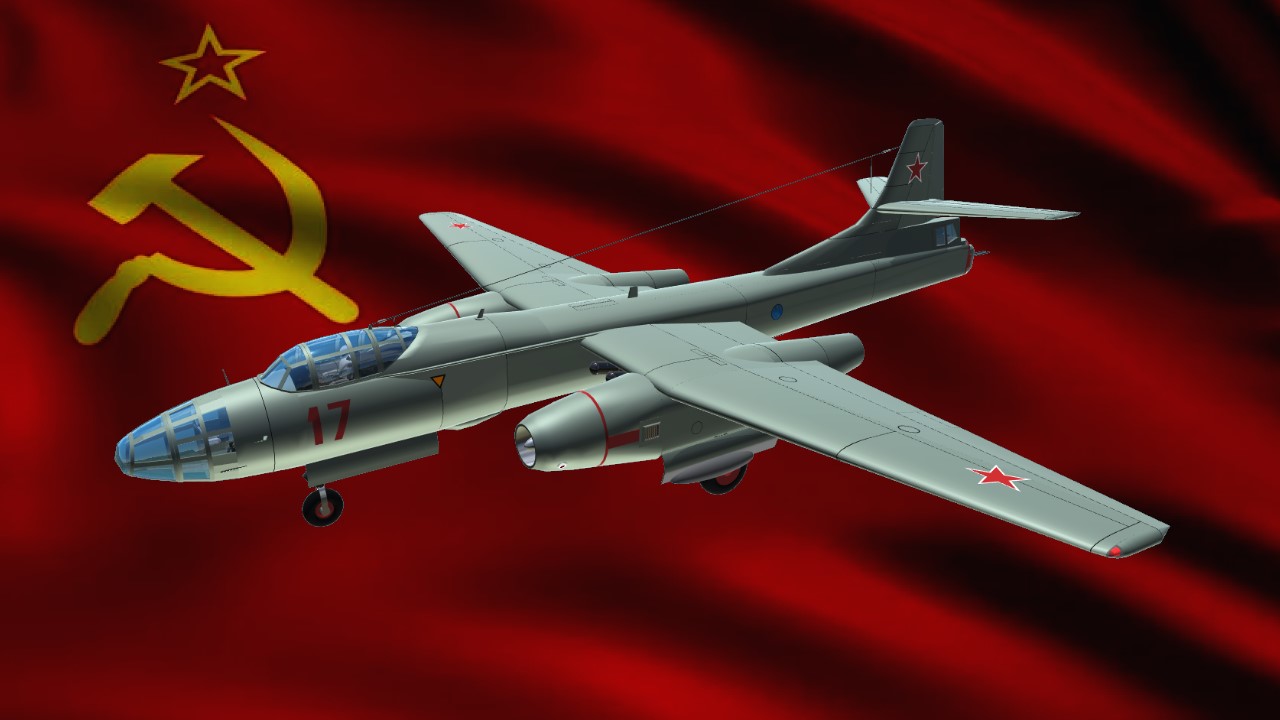 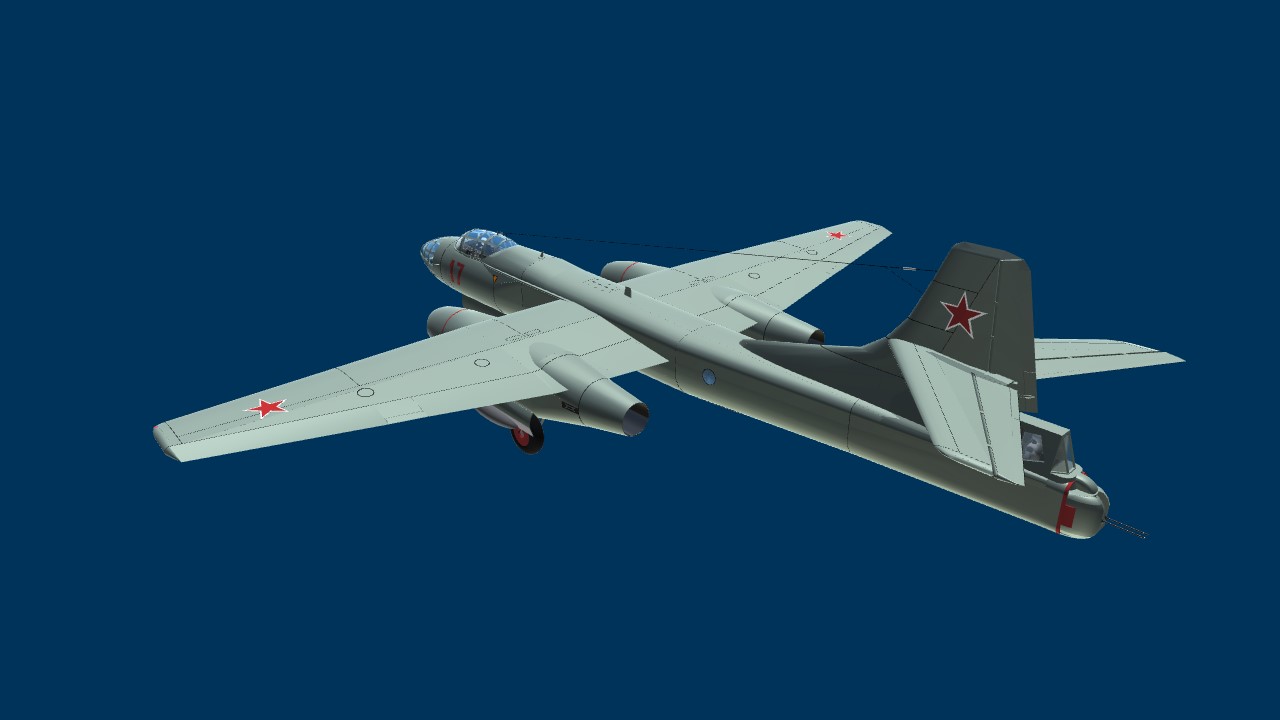 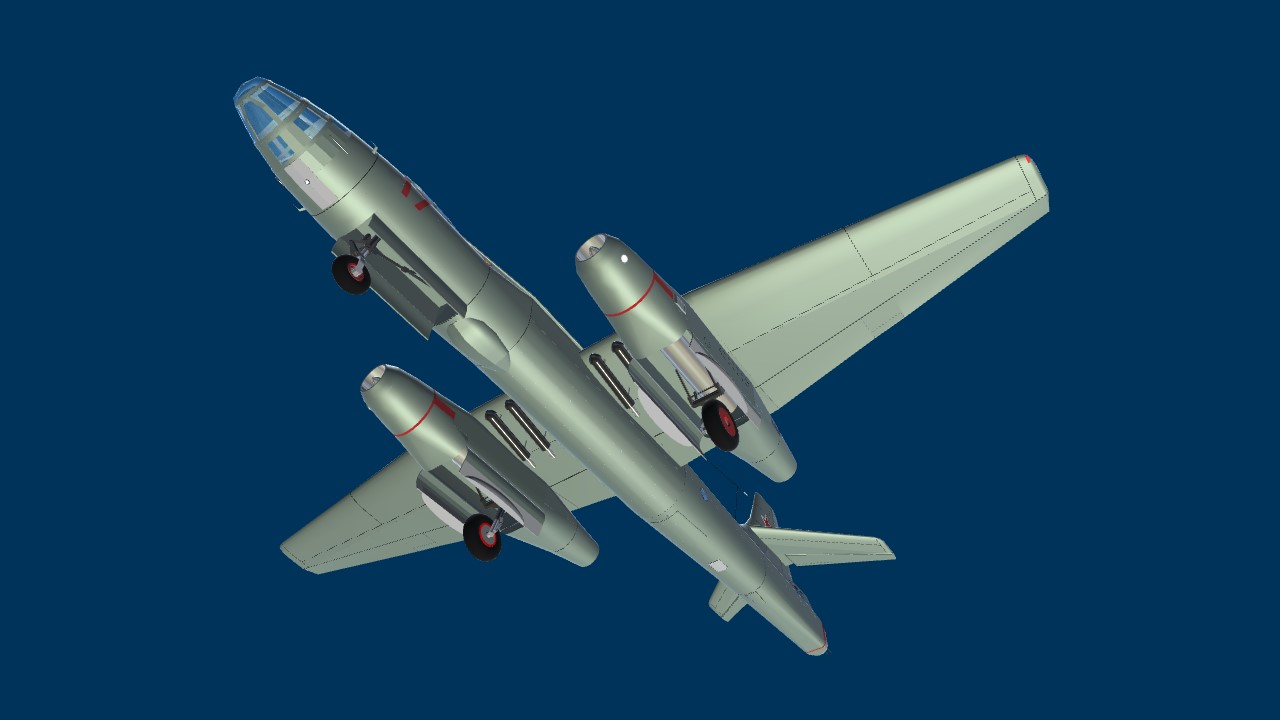 [ Soviet twinjet light (torpedo) bomber derived from the Tupolev '73', the failed competitor to the Ilyushin Il-28 'Beagle'. Exported to China]

Formula fromNagisa/AsteroidB. Formula is huge, 4000 chars, Do not open the turret rotators menu, they will glitch and turn into floppy.
Insane accuracy sometimes, can destroy one mach target at a distance of 5-7 miles, sometimes cannot hit anything. It works best with close targets with a similar heading.
Turret is a fun addition. It shoots fast (bullet accuracy) and deadly accurate (most of the time). If you want realism, you just can forget about the turret. In real life was almost useless. Human handled, it can hit only fighters that get in guns range. When the air to air guided missile was invented, the turret role was kaput

Complex Construction
Most of it. Custom everything, from wings, control surfaces (and tabs), custom interiors for cockpit, bomb bay, landing gear housing etc... WarHawk95 helped with all kinds of details, insisted on weapons specs too

Rocket Assist for TakeOff - Ideally, you should use it only for takeoff on short runaways. If you start airborne, eject them with Ag-3. Or not! RATO provides extra acceleration for 12 seconds, after that it self-ejects. 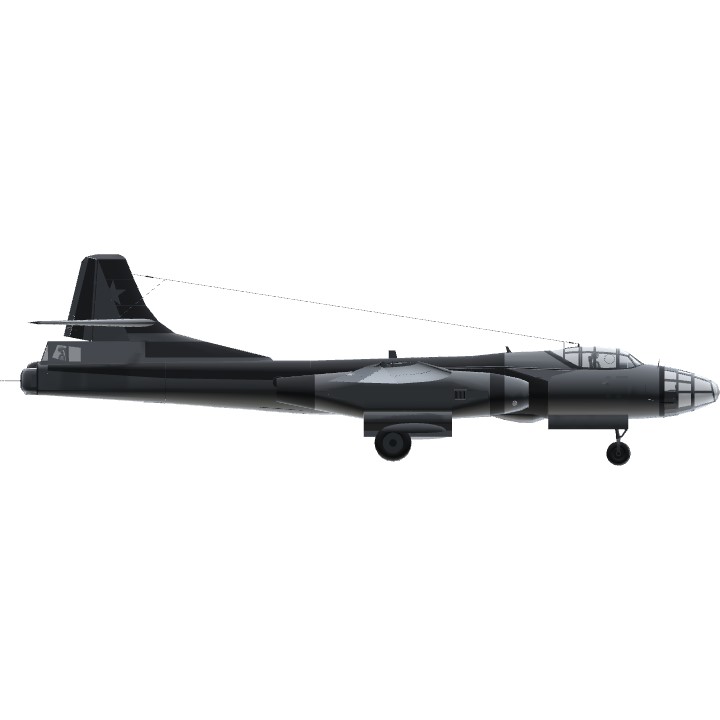 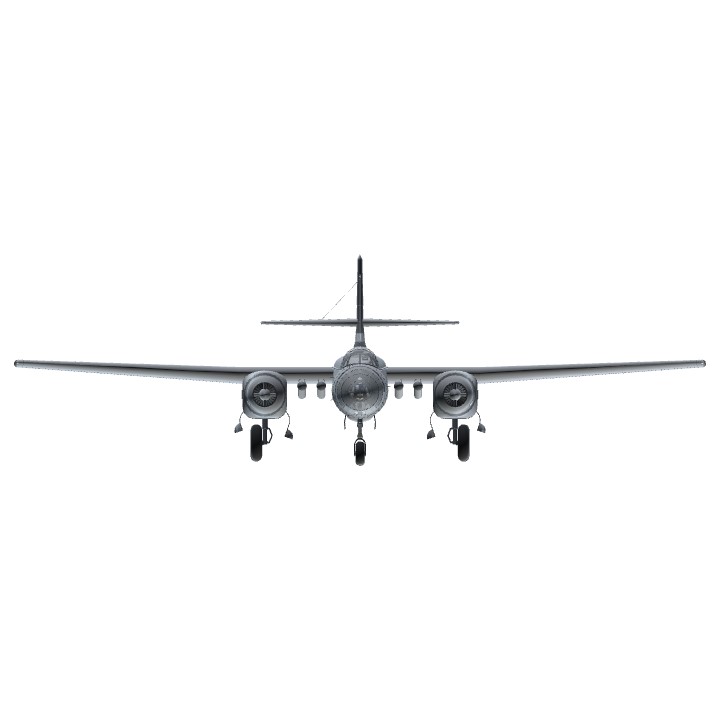