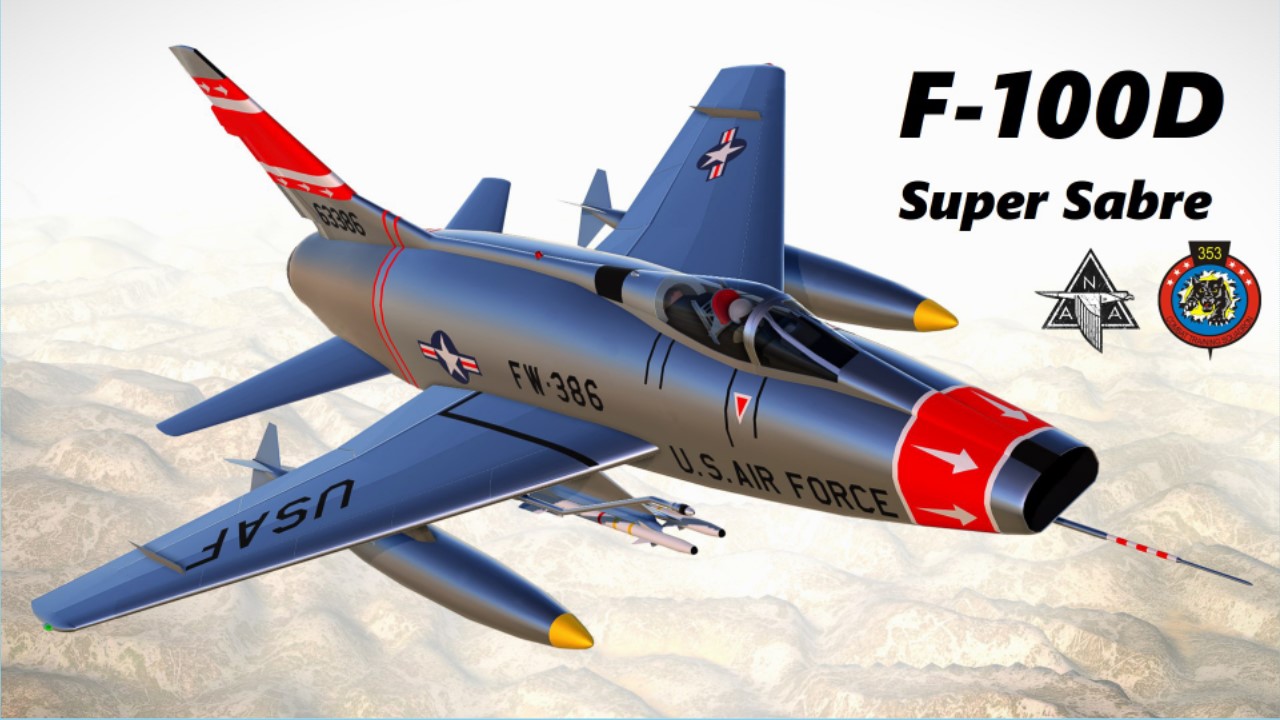 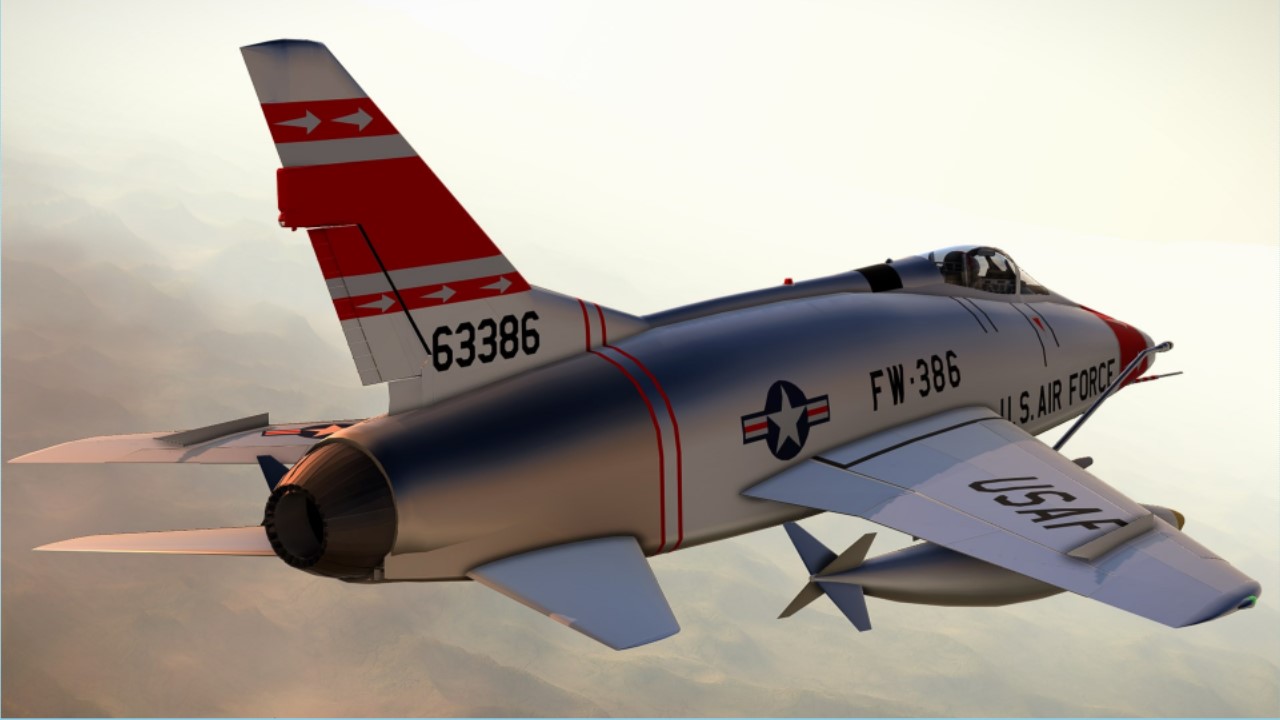 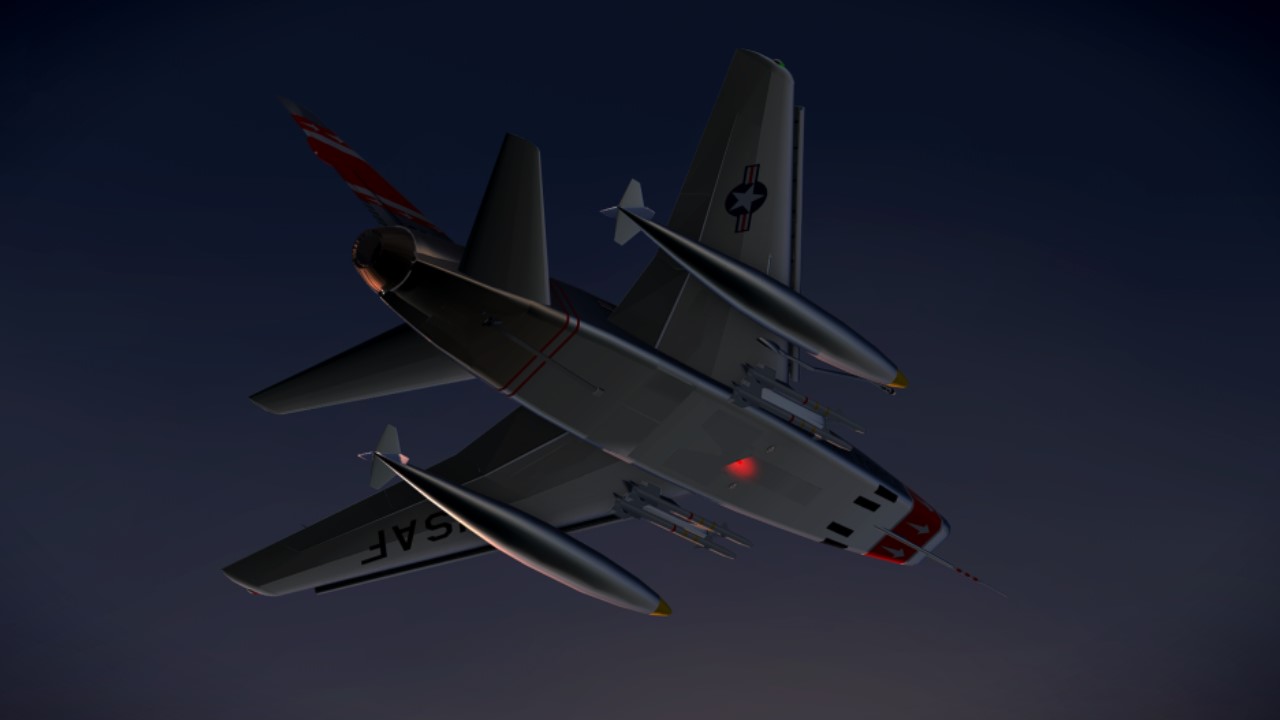 [DISCLAIMER: do not use keyboard for flying, use mouse as joystick or an actual joystick, or you will probably stall every time you pitch up]

I'll start with a very small dosis of interesting history about this beautiful aircraft.
Feel free to skip to the controls if all you want to know about this plane is "succ"

First flown in 1953 and initially named "Sabre 45" due to the 45° swept back wings, the North American F-100 Super Sabre was developed from the F-86, and was the world’s first fighter capable of supersonic speed in level flight.

Used widely during the Vietnam War, the F-100D was the fighter-bomber version of the F-100 interceptor and first entered service in 1956. The F-100D was equipped with supersonic autopilot (not replicated in this build due to lack of sliders), enlarged fin and rudder, inboard flaps and underwing pylons that could carry up to 3,200 kg (7,040 lb) of ordnance.

The early huns got a bad reputation due to two important design flaws, one being yaw instability at high speed which would cause inertia coupling, inducing a sudden yaw and pitch rotation which could disintegrate the aircraft. The other problem was that due to the highly swept back wings the wingtips would lose lift when approaching stall speeds, causing a violent pitch-up (I was unable to recreate it correctly in SP, so I just had to sacrifice that). This phenomenon was named the "Sabre dance".

The D version mitigated those problems by a lot thanks to the 27% larger vertical stabilizer (27% larger but it increased stability by around 50%), Yaw and pitch dampers, the addition of flaps, which the previous variants lacked, and wing fences, which delayed the stall of the outer part of the wing.

About this specific plane

I based it off the F-100D 63386, which was used by at least 2 different squadrons, the 353rd TFS of the 354th TFW from 1956 to 1970, which is the livery I made, and the other ones, which I haven't been able to identify.
As you can notice, the real one used a straight refueling probe while it was in the 353rd TFS, but since they weren't part of the plane (notice the angled probe on the other pictures), I decided to make the angled probe, which is more visually appealing imho.

The all-moving tailplane, which only controls pitch, can deflect up to 35° leading edge down and 15° leading edge up, providing good control at all speeds. It's highly recommended not to overcontrol it at any speed, in order to prevent overloading the plane or causing an accelerated stall.
Trim has the same range as pitch, so it will require very small adjustments for precise trimming.

The large ailerons can deflect up to 18° and were designed to allow good roll rate at low speeds, so expect very high roll rates at high speed, around 200°/s at mach 1.
NOTE: Just like the real hun, at high angle of attack, ailerons tend to perform in unexpected ways and produce very noticeable adverse yaw, which can cause the plane to roll over in the opposite direction, so rudder should be used to control roll in high AoA regimes.

The rudder on this aircraft deflects up to 20° since it was designed to be able to produce up to 10° of sideslip at 130 knots.
Due to the highly swept back wing design of this aircraft, sideslip will cause a rolling motion, specially at higher angles of attack.

The F-100D is the first super sabre variant to incorporate flaps, which reduce landing and takeoff speeds considerably.
They extend down (from 0 to 45 degrees) in about 10 seconds and retract in aproximately 14 seconds.
Extending or retracting flaps to or from "full" position will automatically trim the aircraft to prevent pitch-up. this won't happen with "take-off" position.

Due to the design of the fuel system, the engine will shut down in inverted flight after a certain amount of time indicated below.

The speed brake is located behing the nose gear and is highly effective.
Excessive air pressure will make it retract at high speeds. This speed at which it starts to retract is around 500 KIAS at 10,000 ft and 580 KIAS at 30,000 ft

Lowering and extending the gear takes around 6-8 seconds, should not exceed 10.
35 degrees of nosewheel steering are provided, and it will reduce as speed increases to prevent overcontrol.
The landing gear is quite strong but high sinkrates might break it, specially when the plane is very loaded.

The plane has a drag chute that can greatly reduce landing distances, activate it with AG1

All lights, excluding landing lights, are permanently on to reduce activation groups usage. Landing lights will turn on and extend about 75% when gear is down, and fully extend when all wheels are on the ground to allow better visibility during taxiing.

Cannons
This F-100D comes with four M39A1 20mm cannons developed by Pontiac and Ford. each one of them fires at 1500 RPM and has 200 rounds of ammunition (since I used wing guns, holding the trigger until all 800 rounds are gone will permanently disable the gun).
The cannons do a lot of damage but aren't very precise at large distances. I loaded them with only armor piercing incendiary tracer rounds.

AIM-9E Sidewinder
These Air-to-air missiles are quite effective against targets which aren't maneuvering a lot. Their characteristics are as follows:
top speed of 857 m/s, maximum tracking rate of 16°/s, maximum locking angle of 10°, proximity detonation up to 10 meters away from the target, and a tracking duration of 4.5 seconds.
It's recommended not to use them head on or against maneuvering targets, as they are very likely to miss.

AIM-9B Sidewinder (ONLY FOR FRENCH AND DANISH LIVERIES)
Missiles made by WarHawk95 and slightly adjusted by me.
AG4 enables the seeker after 4 seconds, then you have 10 seconds to fire the a missile or deactivate them before they overheat. If they do, wait around 15 seconds and try again.

1. Clock: does exactly what a clock does, count time (since the level started though, start at 00:00 for more inmersion lol)
2. Drag Chute handle: pull the handle (AG1), and a chute will appear behind your plane, fun, right?
3. Airspeed Indicator: measures IAS in knots, starts at 0, ends at 800
4. Artificial Horizon: shows the aircraft's attitude
5. Variometer: measures the speed at which the plane is climbing or descending. left is 0, up is climbing and down is descending. ends at 6000 ft/minute.
6. Heading Indicator: up is north, down is south, right is east, left is west.
7. Accelerometer: Shows the vertical acceleration sustained by the aircraft, very useful if you don't want your payload to fly away.

This is one of the nice features of this build, works very similarly to the real one but is rarely useful lol.

The radar mounted on the F-100D is an AN/APG-30 which has a search cone of 60° and a maximum range of 6000 ft for tracking.
(Really messed this up, but it's too late, should be a 30° cone, although It doesn't matter at all functionality-wise)
Anyway, this sight has 3 main components: The pipper, then target distance dial, and the radar tracking light.

- The pipper:
This won't move unless a target is being tracked. When tracking a target, it will use your aircraft's movement and the range to the target to determine where the bullets would hit. It's very important to track the target smoothly with the pipper placed on the target to make accurate shots.

- Target range dial:
this dial will tell you the range of the target in real time, multiply by 100 to obtain the distance in ft.

-Target tracking light:
This light should turn on when a target is locked.

I think that's all you need to know, I hope you have a nice flight!

Features:
- Detailed cockpit view
- All control surfaces are custom made and work just like they did on the real plane
- Detailed liveries
- Accurate performance
- Accurate weights and speeds
- A lot of funky trees

There's a high chance something is wrong with these versions, please let me know if there is.

-The fuselage cone which forms the base of the refueling probe isn't rotated correctly, creating a small gap, this applies to ALL versions. Do what I did to fix it, sorry for the inconvenience.
-Missiles are broken on all the lower part count versions and this post, check link on top of decription for the fixed version of this one. 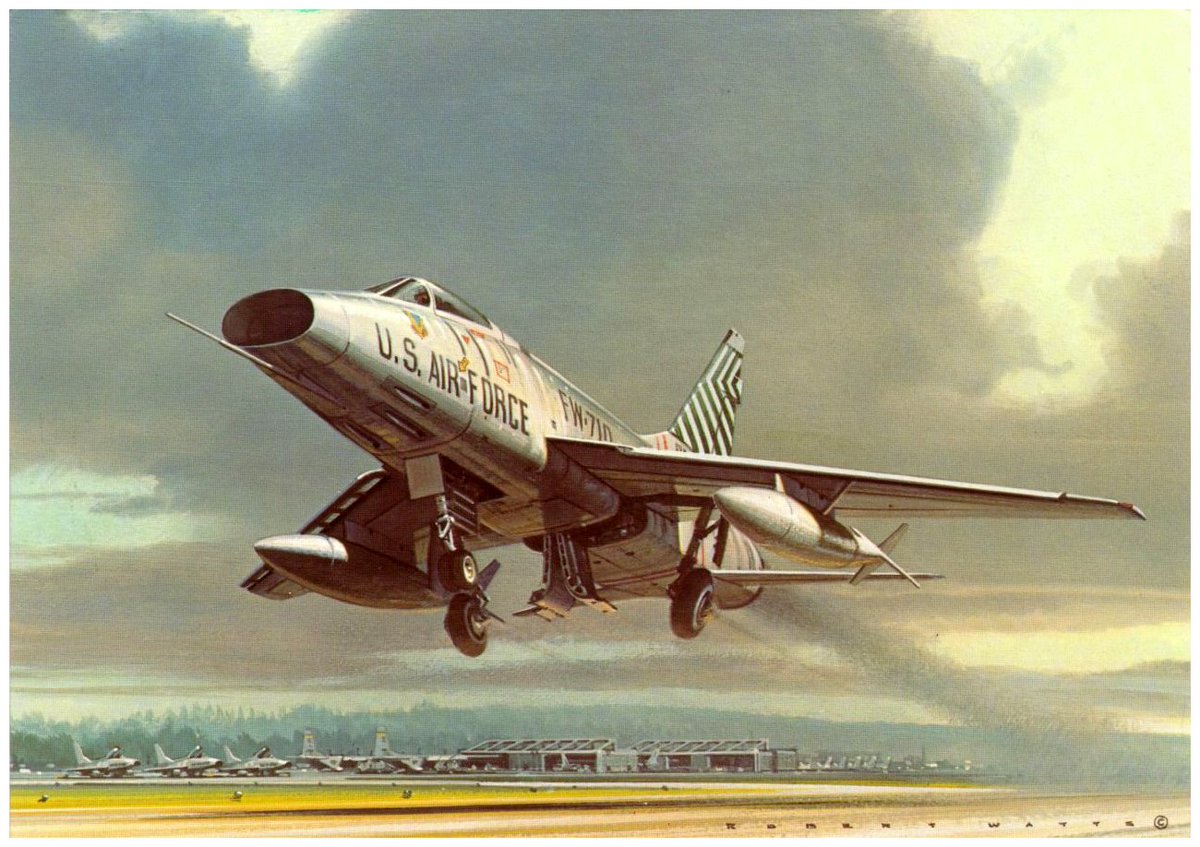 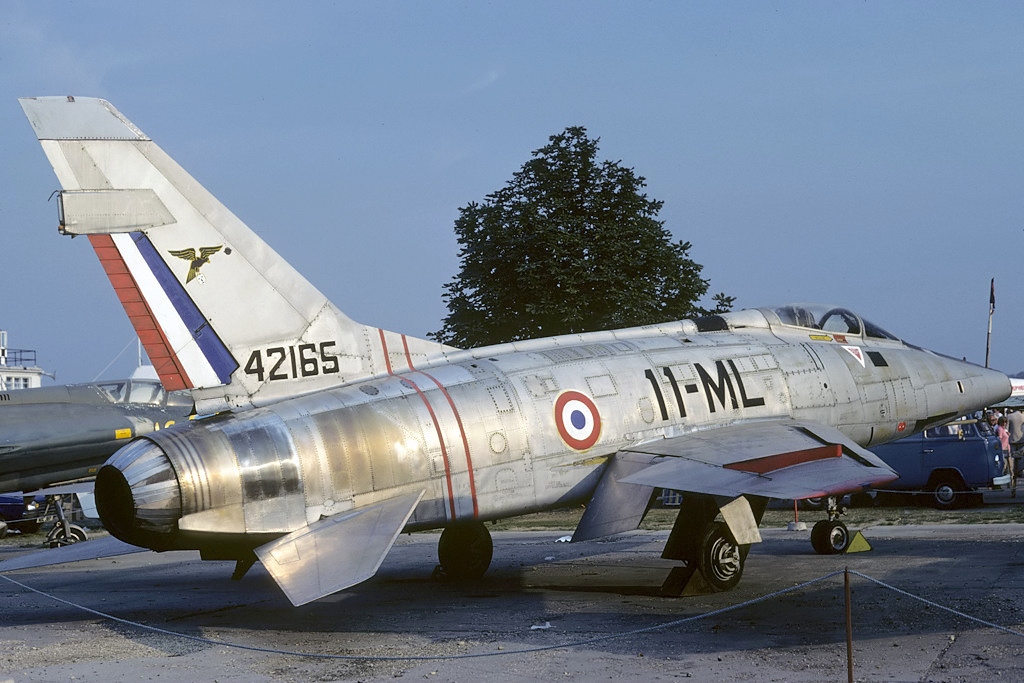 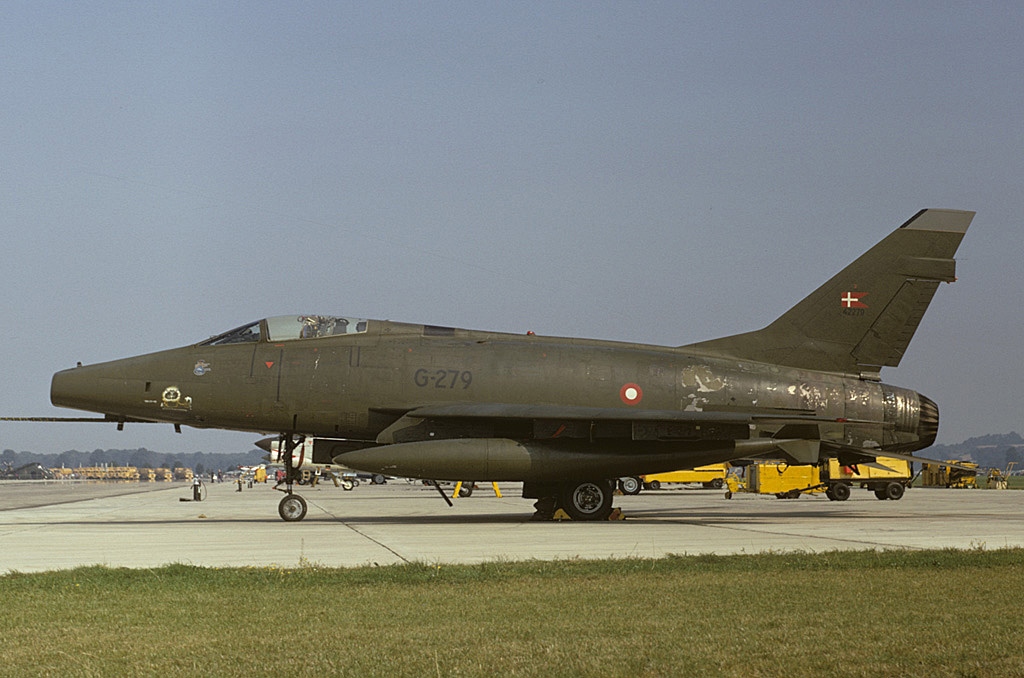 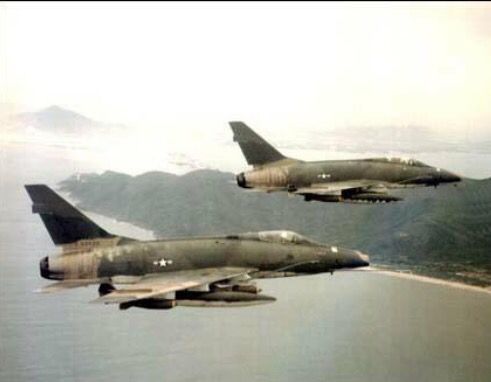 Special thanks to Warhawk95, One2, Judmaierm, and many others for dealing with me during the development of this plane :)

A funny thing that will always happen to me and haunt me for a while is that I discover most problems after the build is finished and about to be uploaded, and now I wish I hadn't been lazy and added all the important details and fixed the many problems it has. This is what happens when you have high standards and make a replica, I guess, lol 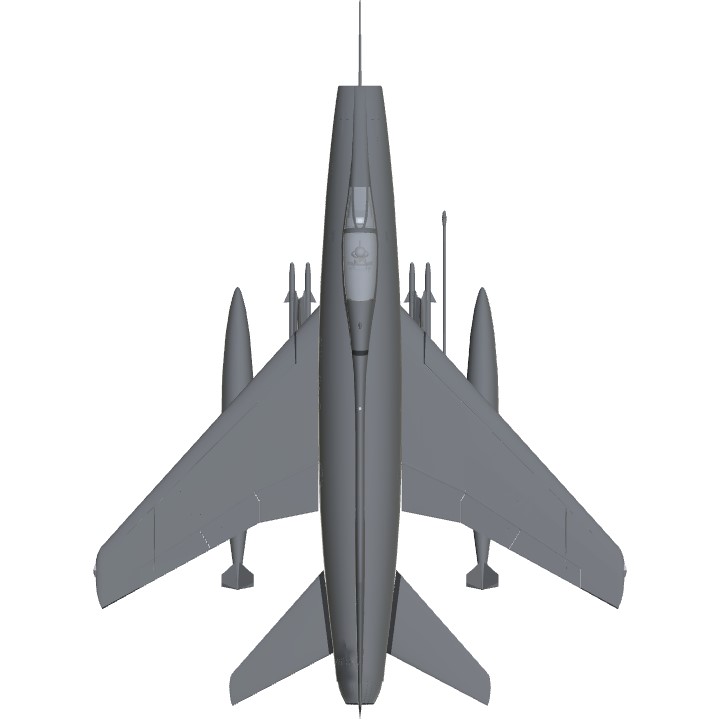 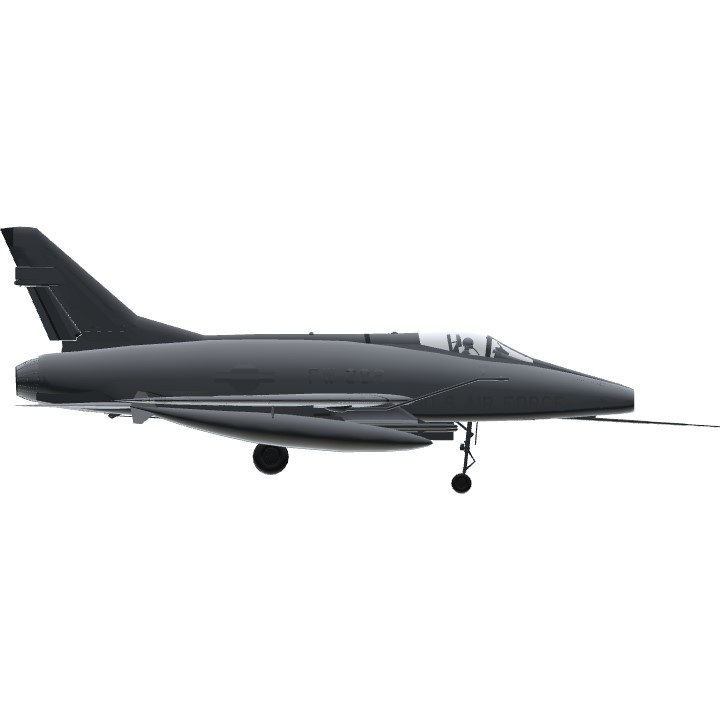 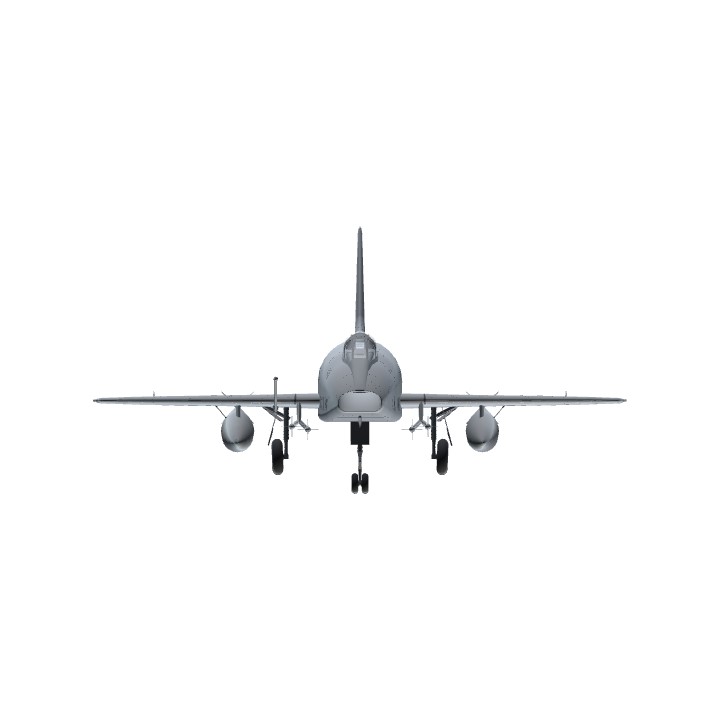