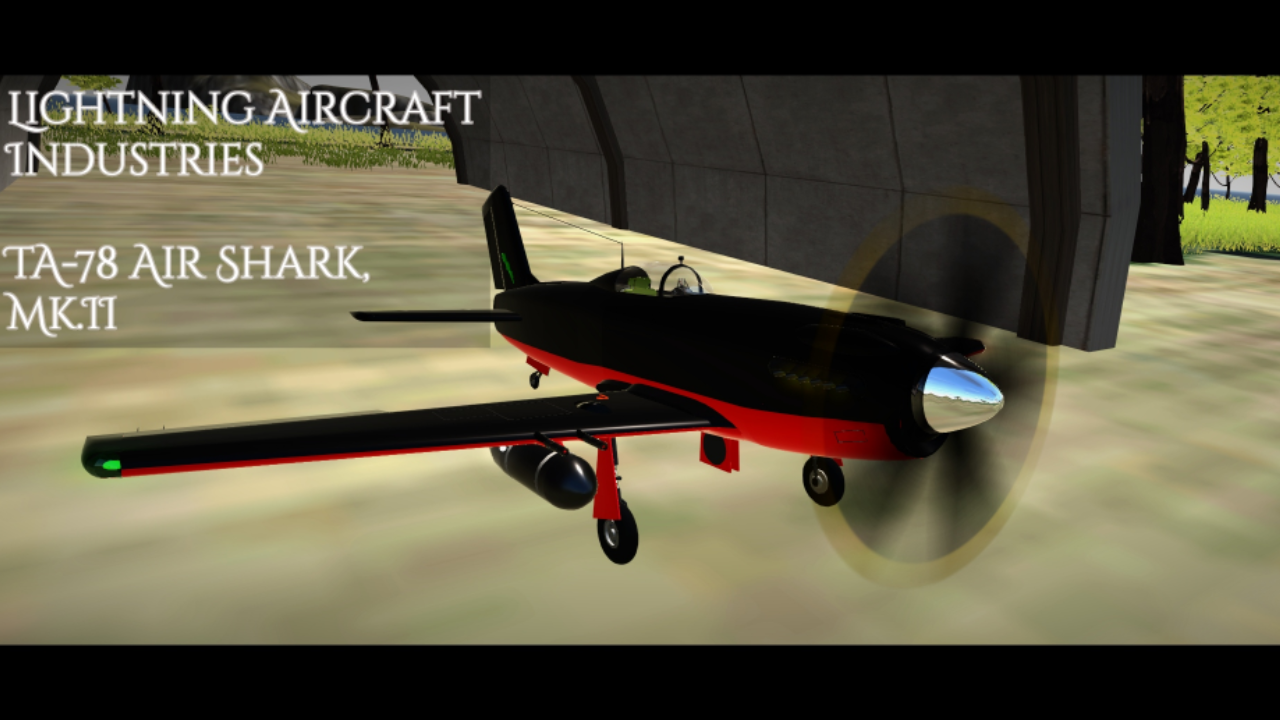 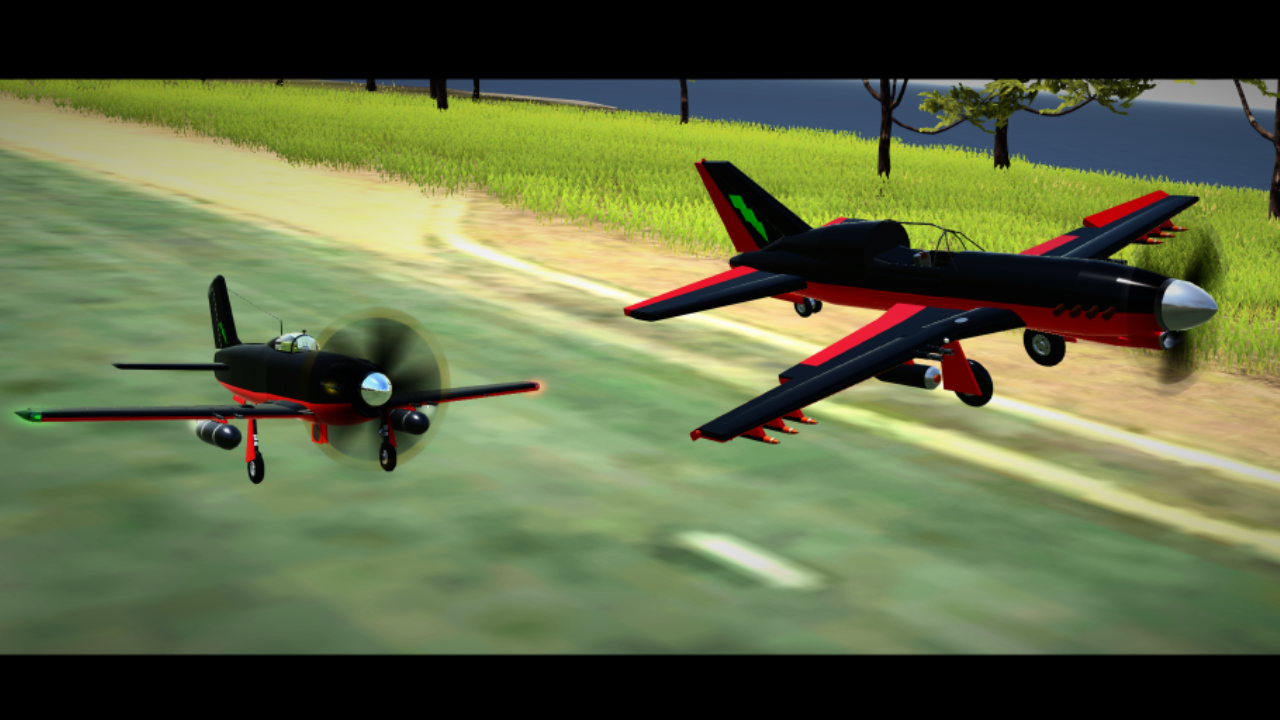 Many people helped with this build. I have terrible memory, so I can't remember them, but thank you to those people anyhow.

I've provided an alternative livery for this aircraft if you want something else other than the prototype livery. It's in RAF colours with Invasion Stripes, so click Here.

After the first TA-78 Airshark was produced, problems started to emerge. The radar it used constantly failed, rendering pretty much useless. It was also, for once, too manoeuvrable. This meant its pilots couldn't really fly it too well. It short order, it had many problems when it entered service and it was very quickly withdrawn from service. Lightning Aircraft Industries didn't give up however and immediately started work on a second version, the Mk.II.
This time, when the first Mk.II prototype took to the skies on March 15th 1944, it was seen in a new light. LAI had managed to make a superior successor to the Air shark.

First off, they removed the Radar so they could just use conventional instruments for the time. They also increased the firepower by adding two nose-mounted 12.7mm machine guns. The two wing pylons were kept, but they were given drop-tanks by default instead of bombs, the rockets were also removed. These could be added on though. The wing was redesigned to increase efficiency and reduce drag, moving the opening for the fuel tanks at the same time. This time, LAI used a Rolls Royce Griffon engine instead of one of their own, the same used by later variants of the Spitfire, and added a 5-bladed prop. This radically changed the performance for the better as combined with the redesigned wings and fuselage allowed it to reach record-breaking speeds at altitude, one's no other propeller aircraft could reach.

Something they also did was add a Tear-drop canopy, giving better visibility to its pilots. And very important was the manoeuvrability change, making the TA-78 Mk.II much easier to fly.
Found in testing however, was the fact that the aircraft had difficulty landing at any speed over 120 knots Ground speed without skidding everywhere. It had trouble reaching these speeds on approach for the runway, so a pair of Airbrakes were fitted to assist in reaching the correct speeds.

Overall, however, the Mk.II Air Shark was a far superior aircraft to its predecessor, meaning the RAF took a keen liking to this version. It was even used in D-Day (indicated by the alternative livery I've provided). The Mk.II continued service from 1944 all the way up 1959 when it was retired from service. 12,000 TA-78 Mk.II's were produced and 25 can still be seen today in preservation, with more than half in flying condition.

For Takeoff, lower the flaps to takeoff position (half-way), put in a little upwards trim and turn on the landing and navigation lights. Ignite the engine and throttle up to 100% (WEP power). WATCH your rudder input when you start rolling and lift-off at 100 kts GS. When you take off, retract the gear and flaps and trim accordingly. Take off the throttle to 90% and start climbing at 20 degrees.

For Landing, lower flaps to landing position (full down), trim down as needed and lower the gear. Use the Airbrakes and throttle to maintain around 130 knots GS until you reach the runway. Keep your speed decreasing until you get under 120 knots, trimming and needed and then touch down. You will really need to use your rudder a lot to stop yourself from drifting, which you can't stop when it started. Fully trim upwards before braking so you don't flip onto your nose. Ignore any glitches with the paint, I can't help it.
The custom elevators may or may not be stuck. If they are, you have to manually edit their connections.
I have no idea why the plane drifts, mainly on landing.
REALLY WATCH YOUR RUDDER INPUT ON TAKEOFF AND LANDING
The second thumbnail picture includes the old TA-78 for comparison
I have custom-built the instruments. They don't function, but they do resemble the actual instruments they are supposed to be quite well. 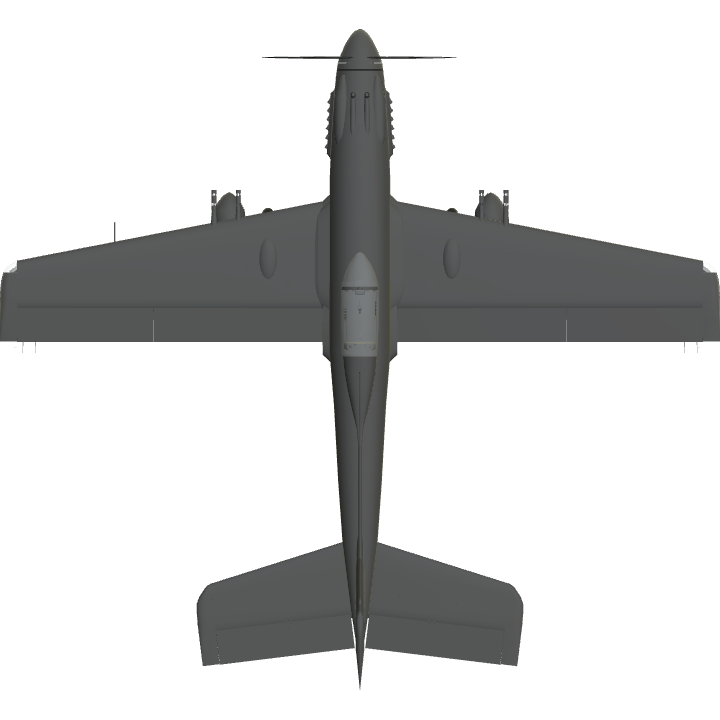 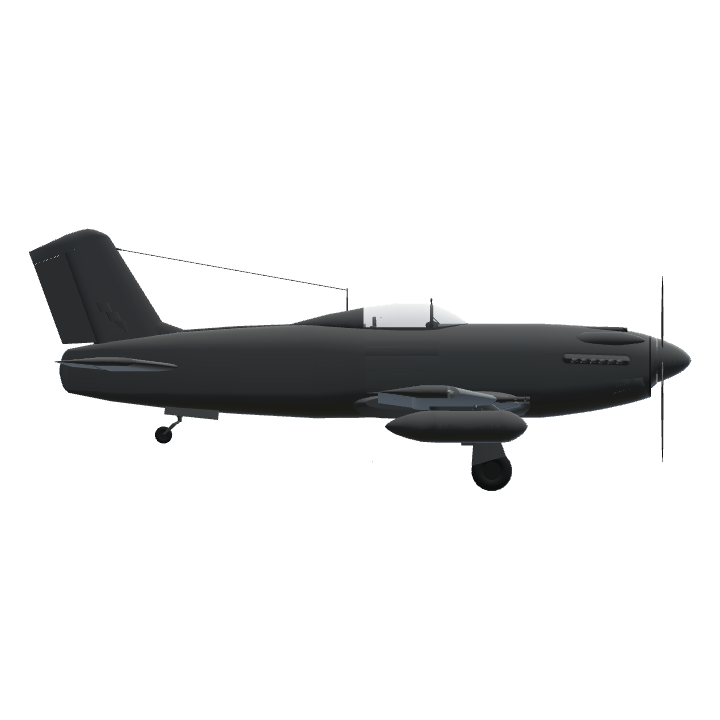 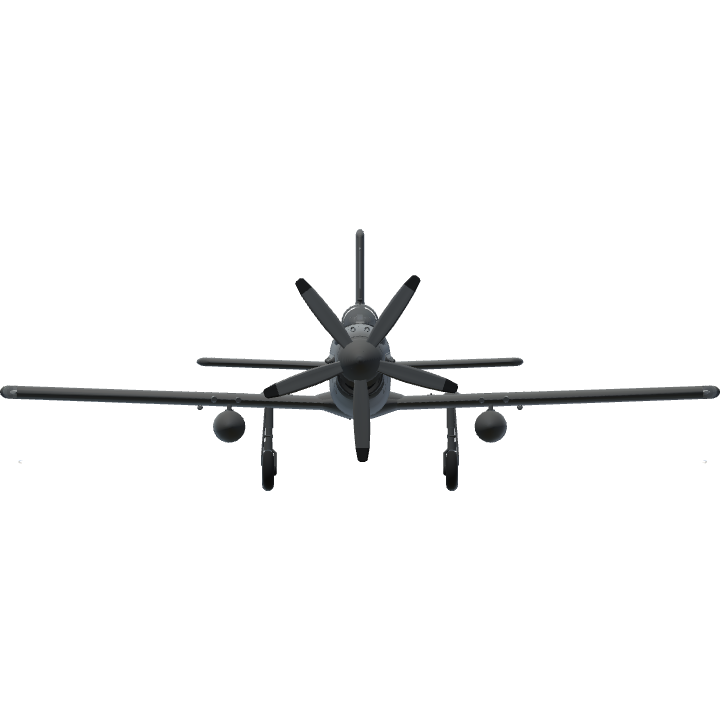