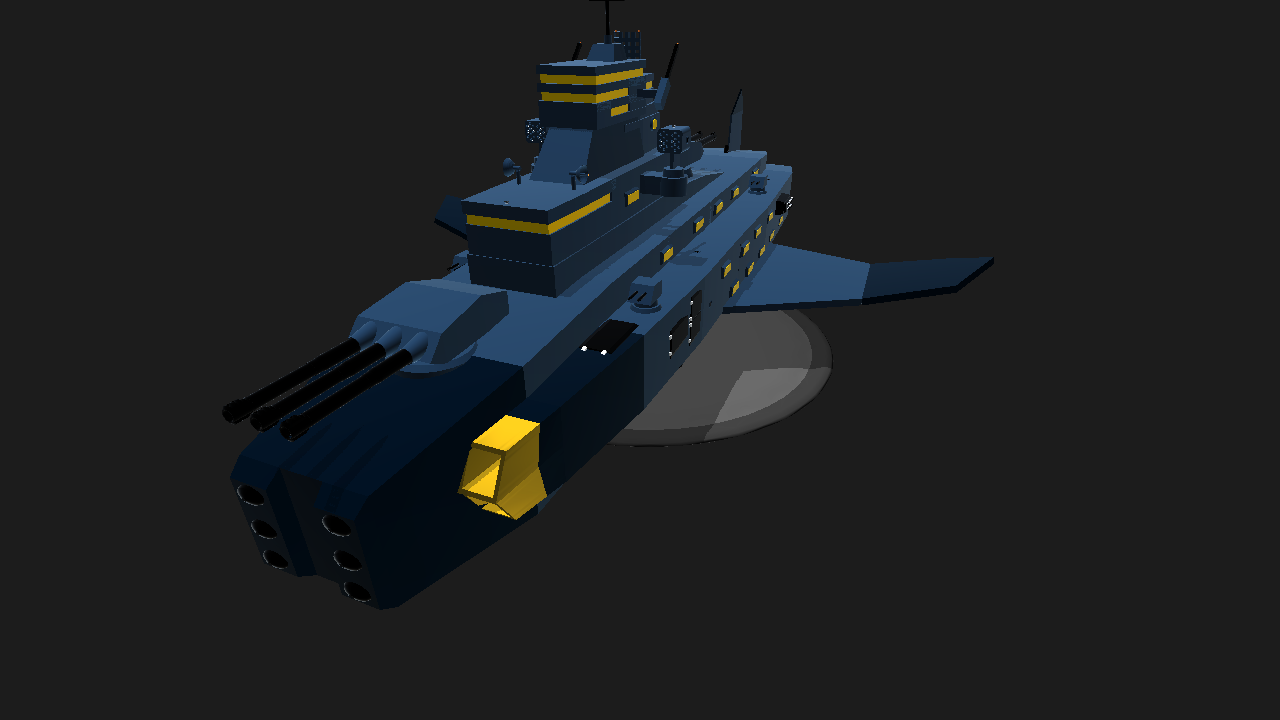 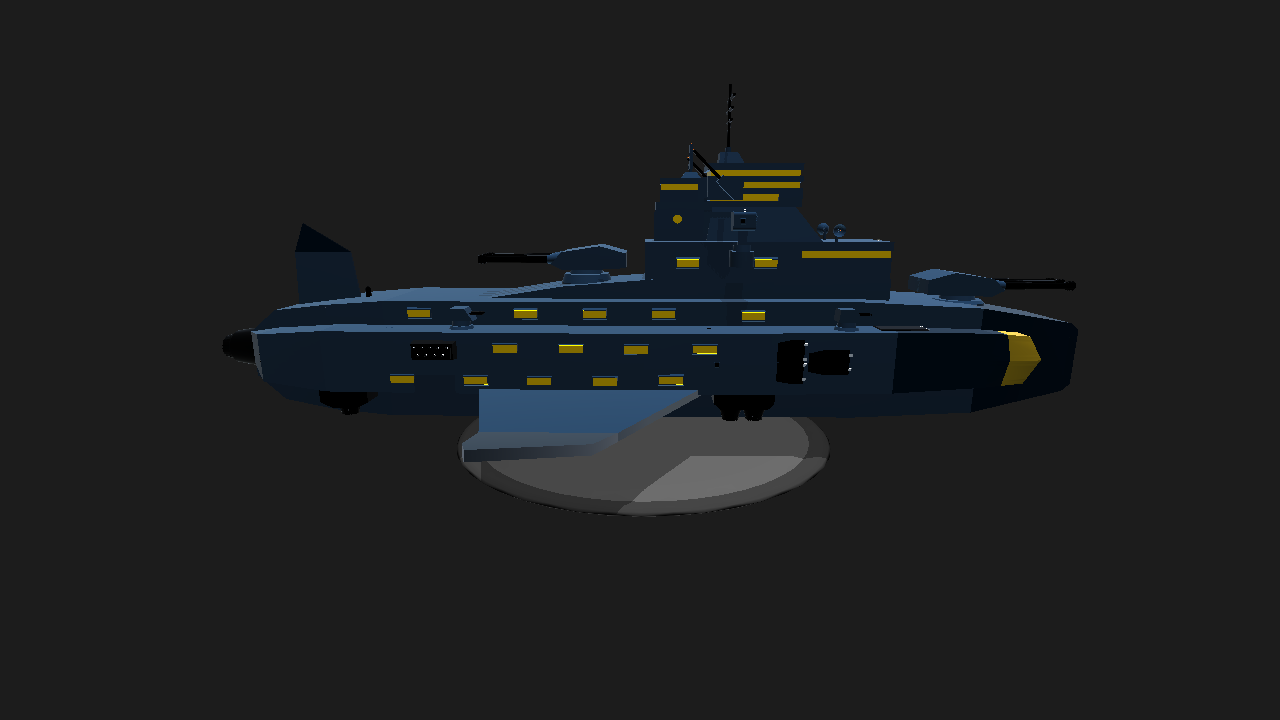 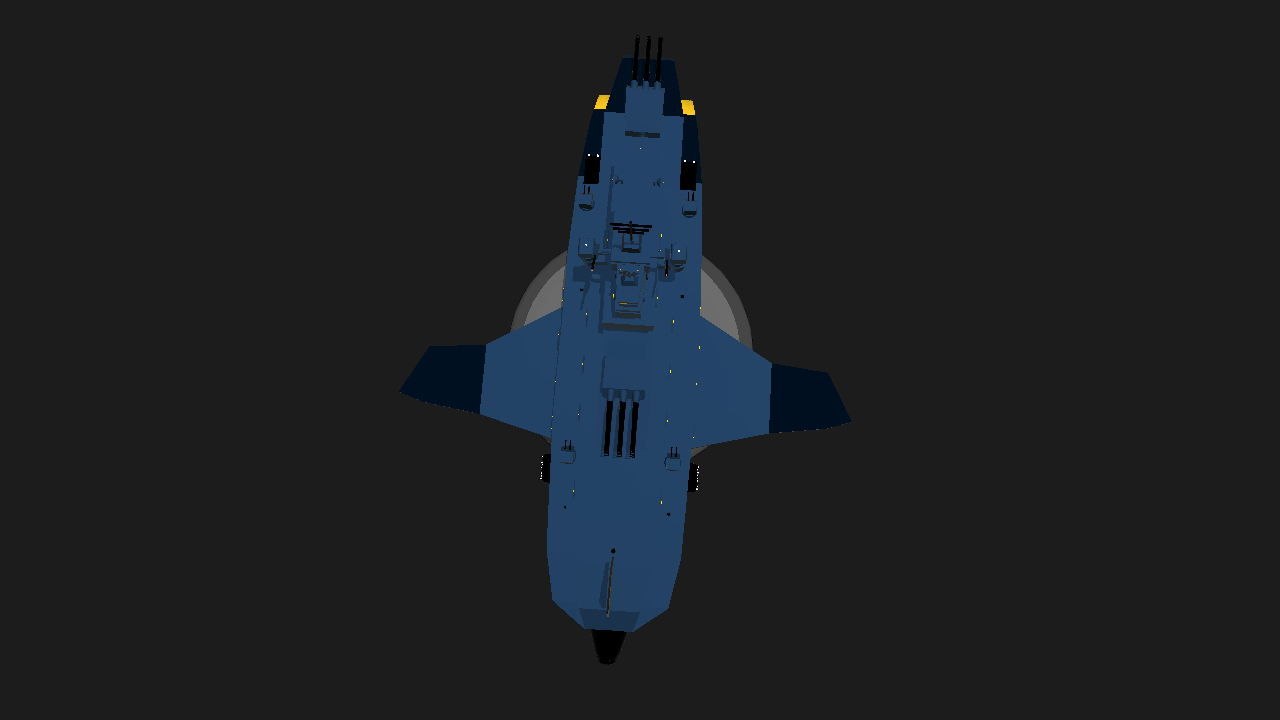 Used in early parts of history in the United Space Navy, the Genzuvela Class Tactical Destroyer was a workhorse of the fleet when there was little technological development. This ship was prone to problems with its turning but it was later fixed. For early admirals this was the ship, it was compact, fast, and destructive in distanced cobat with its 6 medium Medium Photonic torpedos, and and 2x 3B Plasma Turrents. It also is well defended with its 4x 2B Plasmagun turrents. Annihilating enemy fighters with its Missile turrents. Usually its roles included escort of convoys, participating in large efforts, and used in groups with carriers for maximum effort towards the battlefront.

For now it is the most advanced Shipcraft I've designed.

Controls:
Yaw to control ship from spazzing out and Roll to turn the ship
Throttle to accelerate
Brake to slow down
A1/A2 Vtol to turn VTOL turrents
Trim to rotate the guns up

To use the automated turrents:
Step 1: select a target
Step 2: press a firing button
Step 3: sip hot tea while watching the carnage

Button Controls:
A1 Use front turrent
A2 Use back turrent
A3 VTOL Up to use lift thrusters
A4 To detach probe
A5 To use probe parachute

I choose to release early then finish it later, but you can see my progression in that point of designing spacecraft. 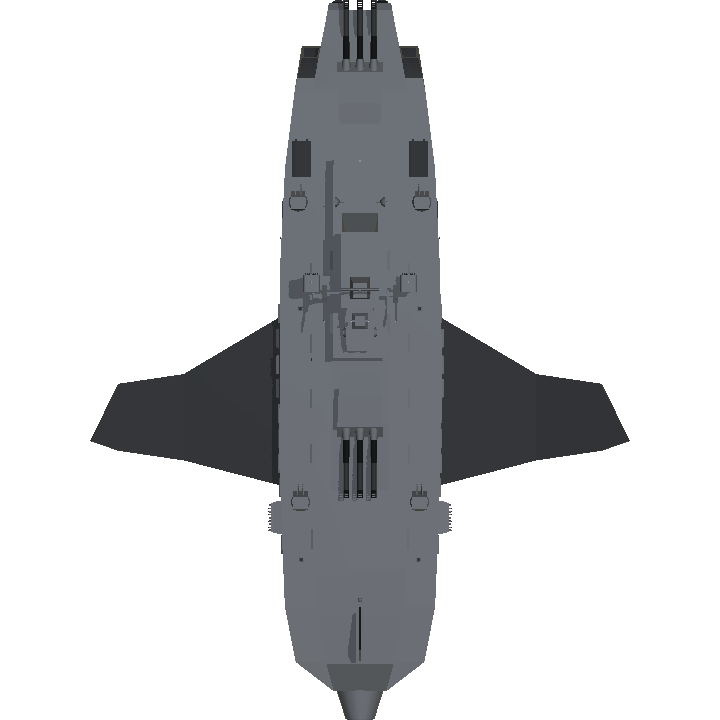 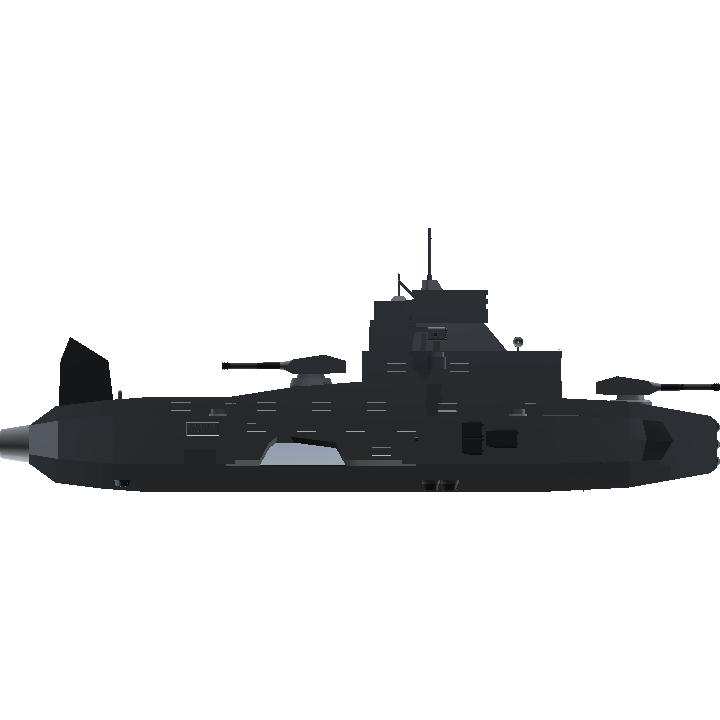 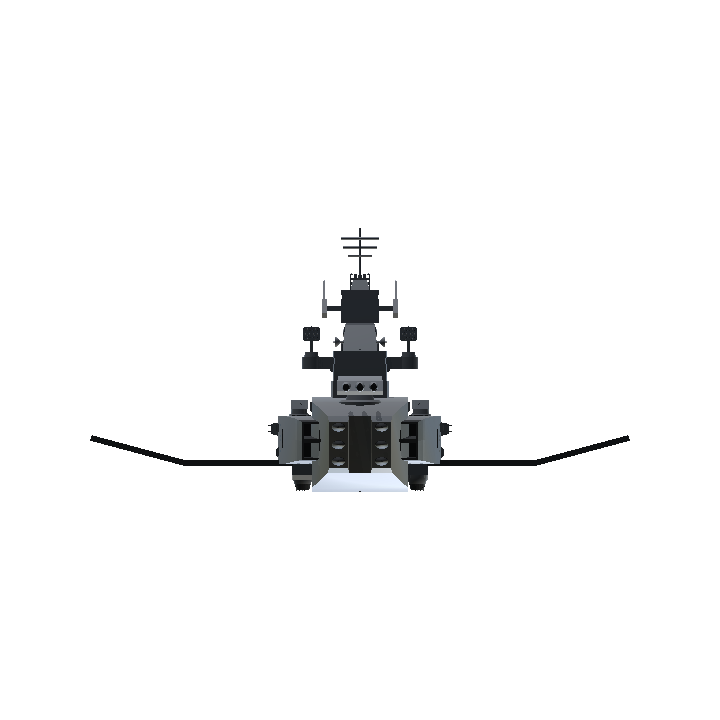