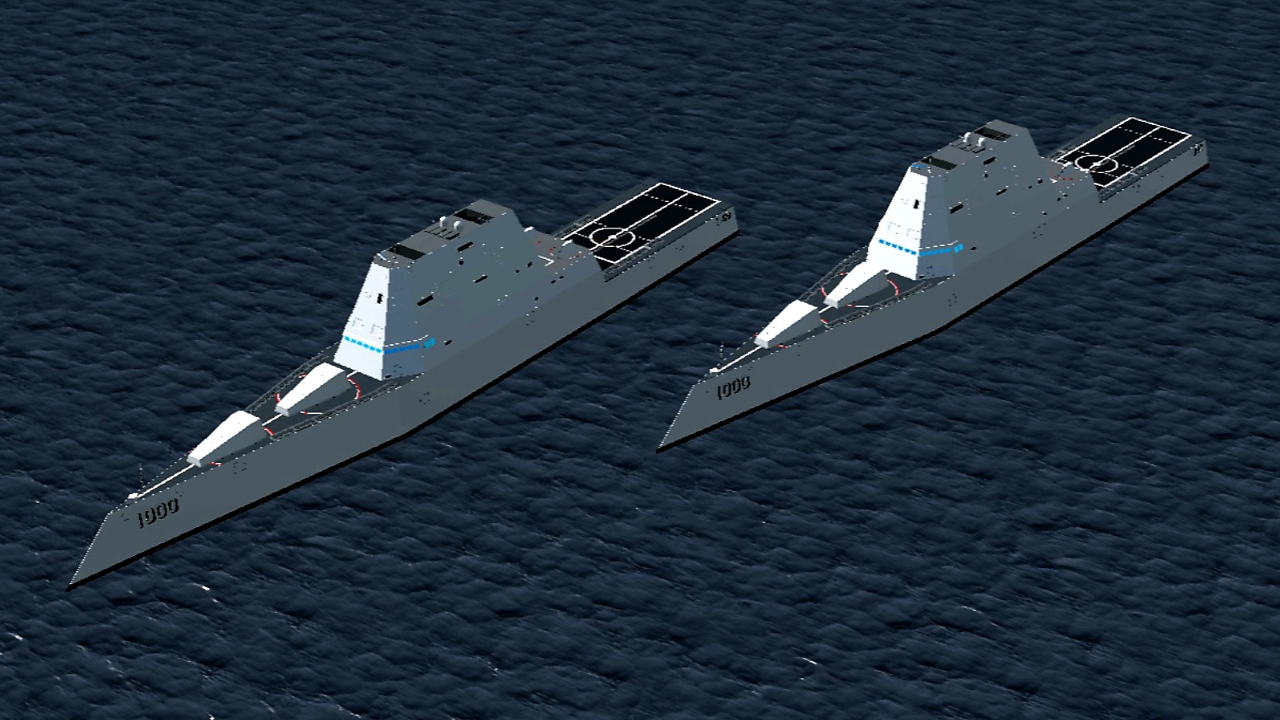 The Modified Zumwalt class ll destroyers are a slightly modified variant of the original Zumwalt destroyer. More advanced with slight design changes, the class ll were built to be the most advanced destroyers to ever sail. The construction of the first ship of the class, the RNS Zumwalt ll (DDG-1000) Started in 2014 with the start of the CSG-21 project of Nemesis NAVY. During its period of construction, Nemesis saw war against Corellia, wich caused a huge deceleration in construction due to personnel being replaced into different areas to support maintenance and repairs of other ships already in service at war, and in September 9, 2014, the drydock in wich the ship was being built was attacked by Corellia with supersonic cruise missiles, rendering moderate damage to the ship. In the course of the war, congress and military evaluated the scenario and decided to finish the construction of RNS Zumwalt ll (DDG-1000 95% complete) and RNS Fouldre (DDG-1001, 80% complete) as fast as possible, to be implemented in the war. Three months later, they were at sea operating alongside CSG-21, wich flagship was the Gerald R. Ford class RNS George J. Smith (CVN-21). During the course of the war, both ships saw heavy combat and in March 2015, they were the key factor in the sinking of the greatest threat of Corellian NAVY, CRS Prince du Bois, a Kirov class battlecruiser, in international waters. Launching their X-51 Hypersonic missiles in a surprise attack, they managed to deliver the final blow to the ship, that was sunk at 7pm, sealing the fate of the conflict and raising the morale of Nemesis NAVY.

After the war, they still saw combat against terrorism alongside the poseidon class arsenal ships, bombarding terrorists's bases and providing air cover using missiles from the other ships for CSG-21, scoring kills against various types of smaller vessels and aircraft. They are currently at sea operating in the carrier strike group.

I couldn't make the main guns aim automatically hence i know 0 of Funky Trees, but i managed to at least make the elevation work, so its mixed between auto aim vertical imput and manual horizontal aiming, wich means it will automatically aim for bullet drop but you have to aim at the target for yourself. All weapons are controlled by TRIM and VTOL. Also big thanks for RussianAce for allowing me to use the imputs for the guns.

Screenshots and next upload

Edit: Heli i built planning to add to the ship but couldn't cause the damn thing spawn in the air, destroying it when touching the water, and i have no damn clue on how to fix the problem, at least its here 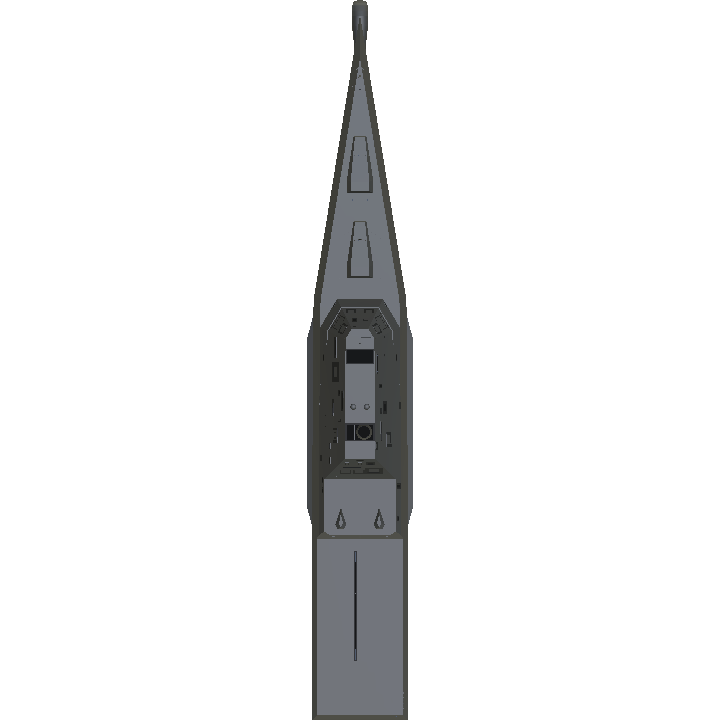 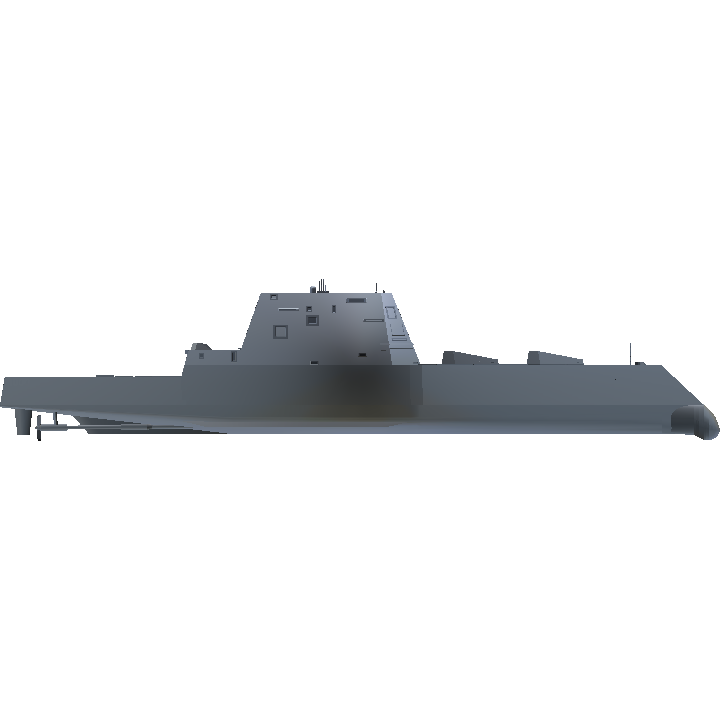 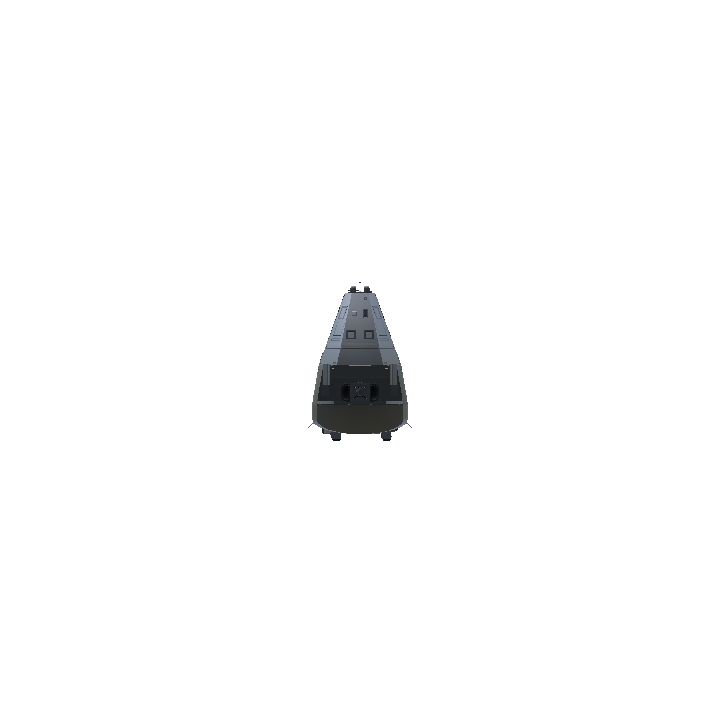