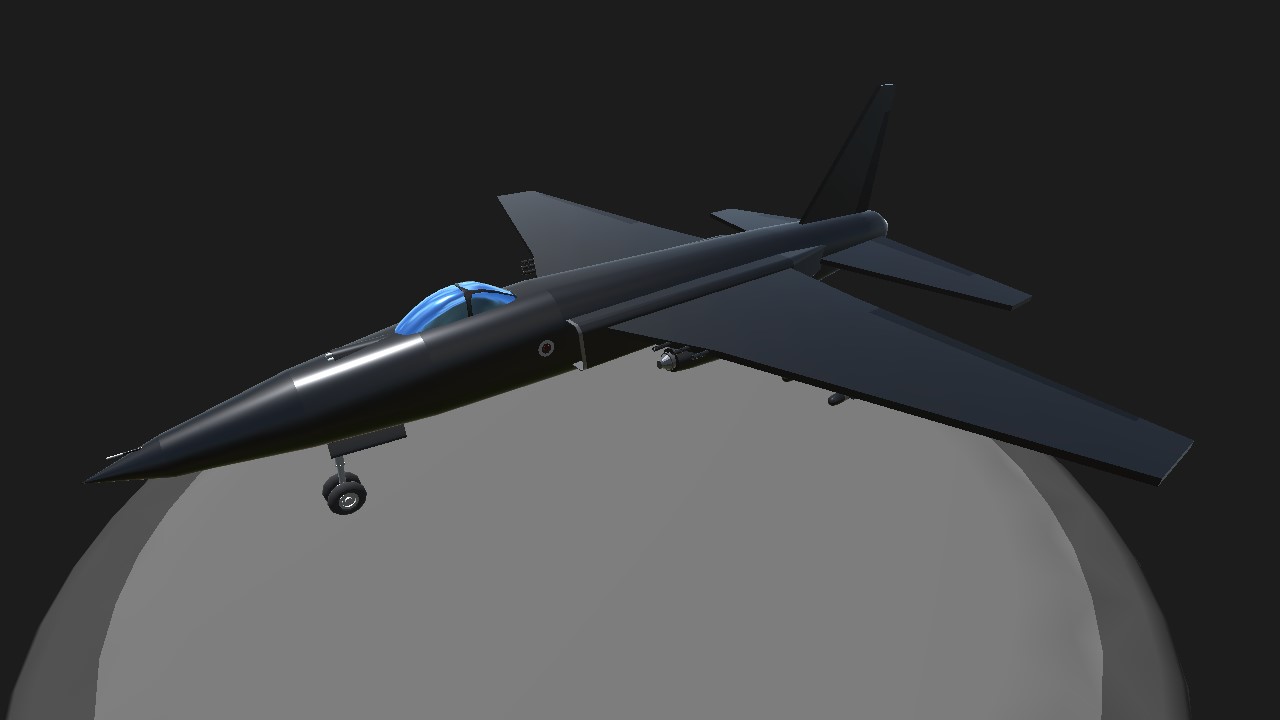 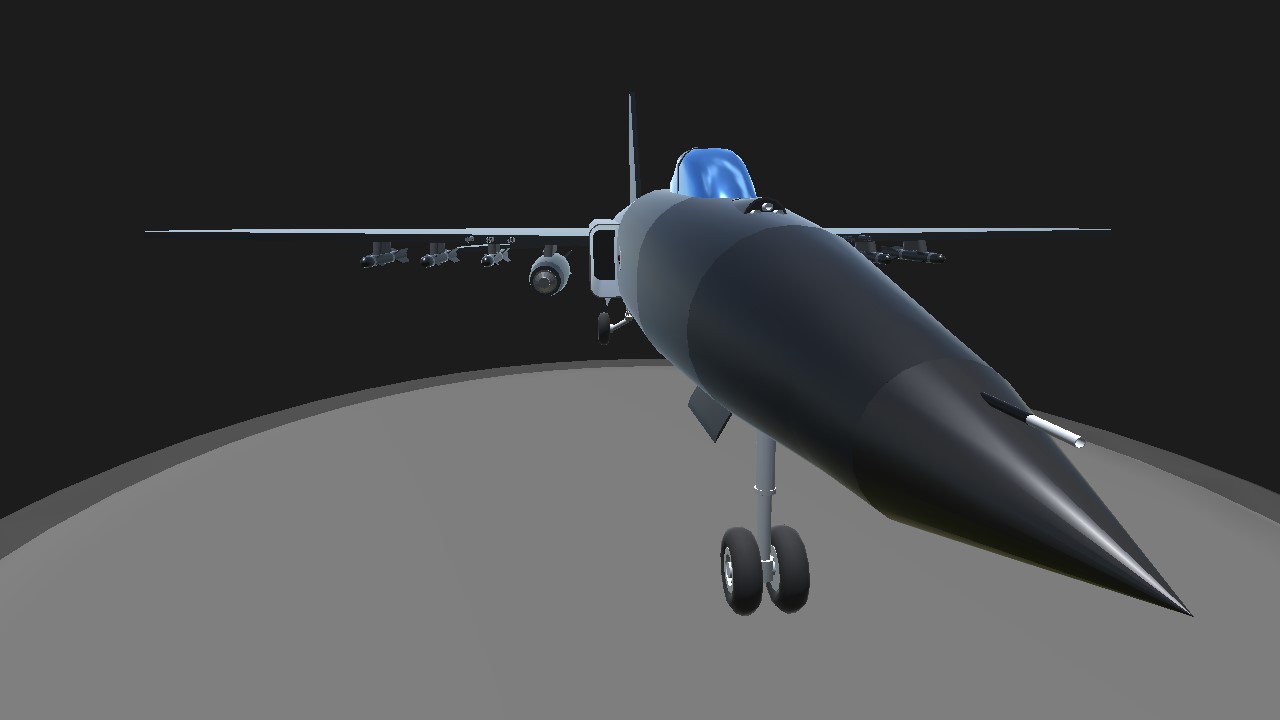 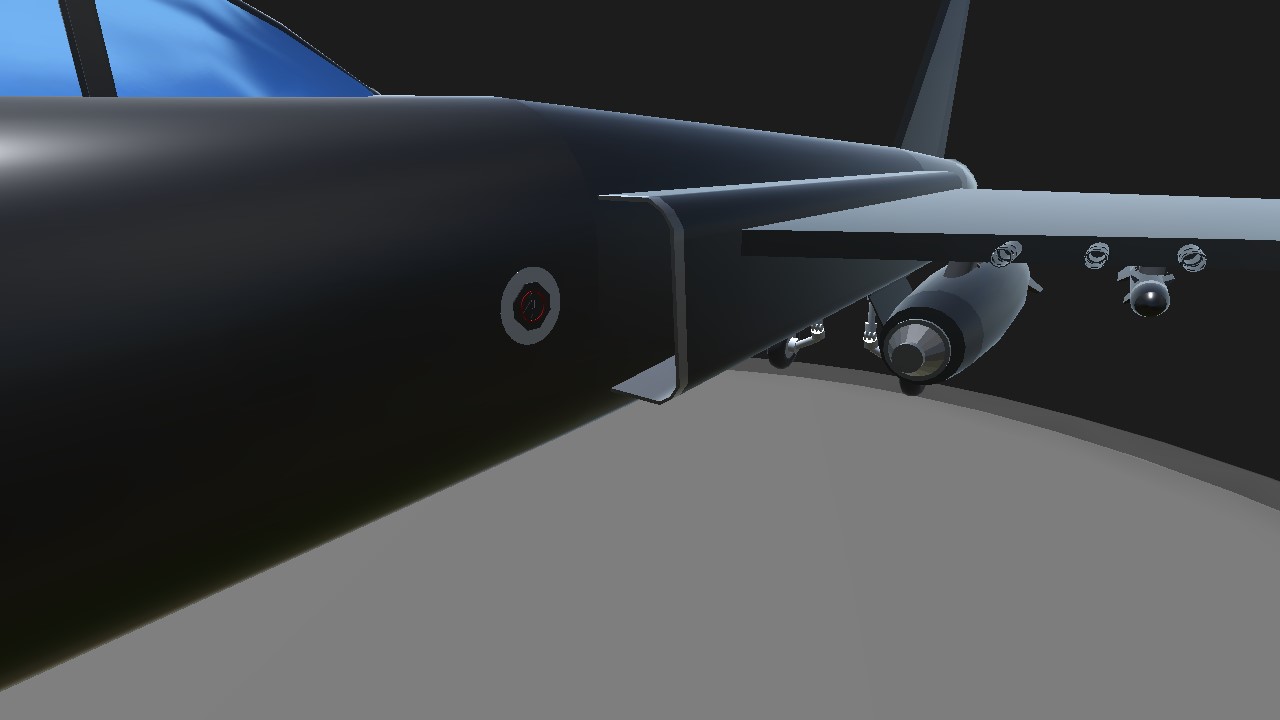 The F-116 "Crow" is a short range subsonic single engine attack aircraft built by the Graingy aircraft company. it is well liked by those who fly it for being manuverable, reliable, and quite well armed (as well as looking awesome with it's black paint job, with many comparing its looks to the F-24 "Silhouette"). The F-116 normally carries: 2 Boom 50 dumb bombs, 6 Inferno short range AirToGround missiles, 6 fast-firing wing-mounted cannons, 1 nose-mounted minigun, and 1 nose-mounted 20mm cannon firing high-explosive rounds. The F-116 is capable of defending itself from enemy aircraft but is only armed with it's cannons and minigun for anti-air capability. The Graingy aircraft logo is also present just in front of the air inlets. might be more info in comments 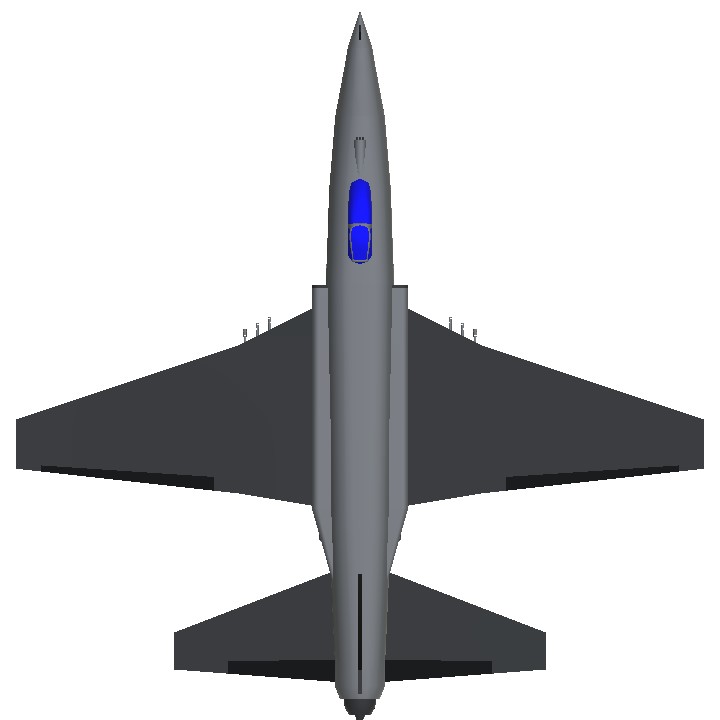 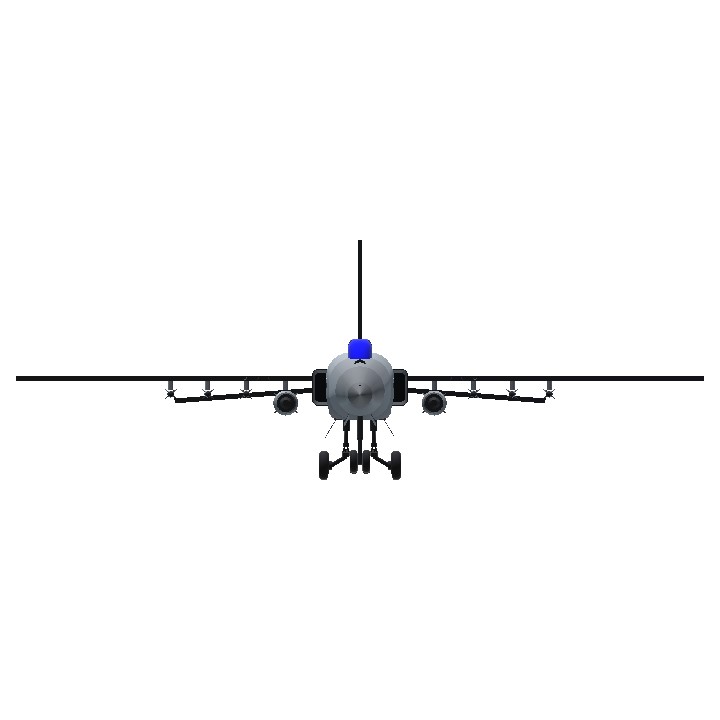