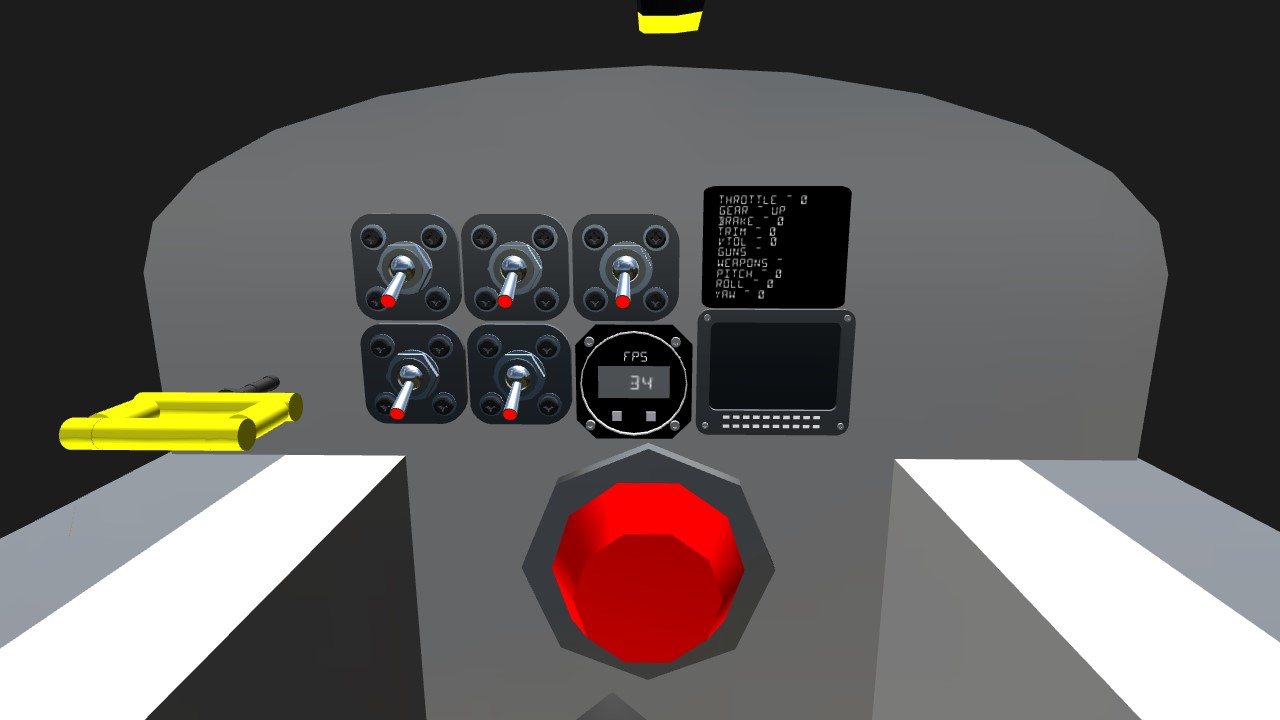 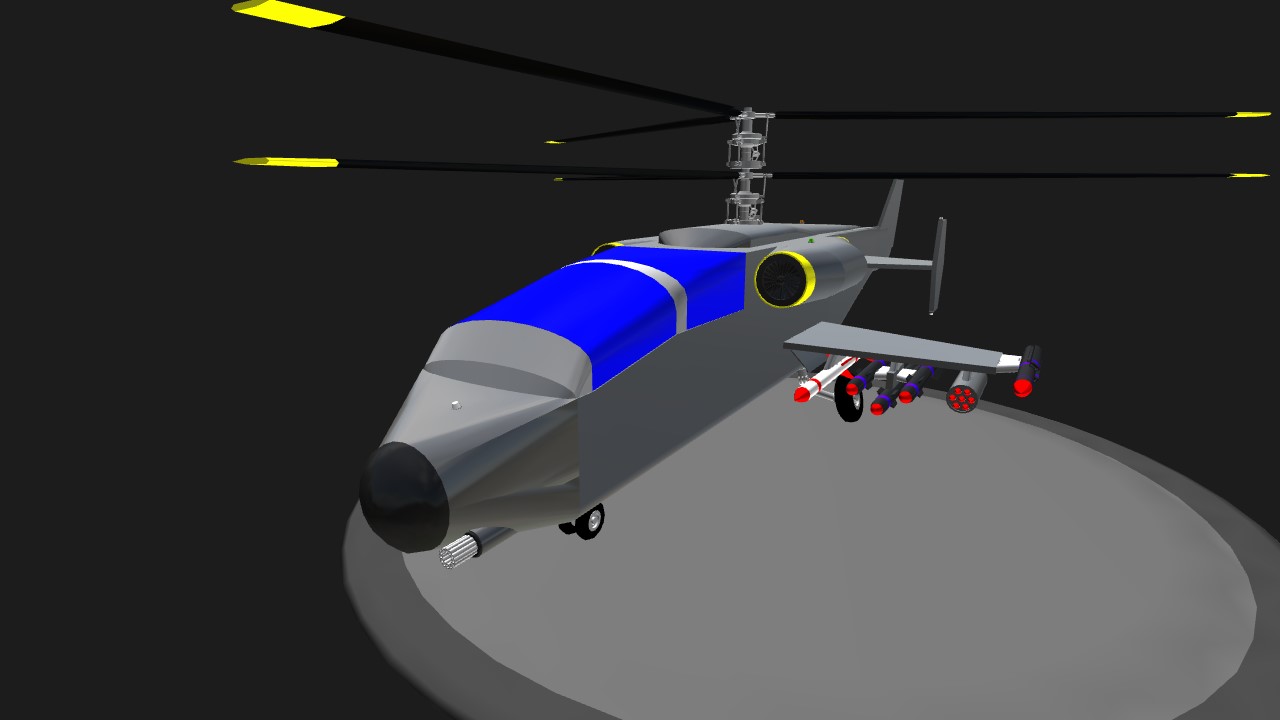 I haven't made a helicopter in a while, Let alone a coaxial rotor, So heres a new helo for me and you guys to play with. Controls: AG1 Detaches all missiles and rockets, AG2 Activates cockpit lighting for night time and whenever it is dark, AG3 Activates the engines/Allows the rotors to spin, AG4 Switches through the hud, AG5 Arms weapons, AG6 Is to eject, AG7 Is the pilot and co-pilot's parachute (Use shortly after ejecting), AG8 Activates the exterior lights, VTOL up activates the rotors/Engines (AG3 must be activated), And throttle is the collective/Rotor Pitch. Alot of the weapons are taken off of my F-115 AEROCOBRA except for the rockets. Has a GUA-8 AVENGER taken directly from the F-115 AEROCOBRA and countermeasures with ammo for days. It is a moderatly armed russian-american made gunship. The pilots can be ejected in case of emergencies. Is coaxial rotor (Has two main rotors) Be a little predictive and cautious with the yaw. Be careful when landing as a rough landing has a chance to cause one of the inferno missiles to fly off of it's pylon. (Or very unlikely one of the other missiles) The pylons that the cleavers are on are attached to the cleavers primarily so that when you launch the cleavers, The pylons will fly off with them. It is very manueverable and agile but you have to be very careful when rolling as it rolls faster than an alligator on steroids. It can pull off stunts but be careful when performing them while armed with the missiles. It has a top speed of 150 MPH or more but I really don't know. It's top diving speed is 200 MPH+ and faster. (To dive, Kill the throttle entireley at a high altitude and point the nose downward. But if you are stunt diving, Put the pedal to the metal on the throttle several seconds or more before you would hit the ground or else YOU WILL CRASH. It has a tendency to pitch backwards when diving with the throttle up because the rotors are getting more airflow which is why I say to kill the throttle when diving, But don't worry, It wont flip the helo. One of the rotors have a very very very slim chance to break off mid flight but It has only happened to me once while doing a really hard and rough manuever, So I think it was the manuever I pulled. The landing gear is retractable. Has two pilots, A pilot and co-pilot. The pilot sits in the front of the helo and the co-pilot sits behind the pilot. It doesn't have the best potato device friendlieness. It is mid-sized. It is armored like the F-115 AEROCOBRA. The cockpit is very similar to the F-115 AEROCOBRA'S Too. (Ive been saying F-115 AREOCOBRA alot now so sorry if it is getting anoying. But it is a really good jet so after this i suggest and ask that you please go check it out as it is also really good.) That is about it for this helicopter. Hope you guys like it. Enjoy! 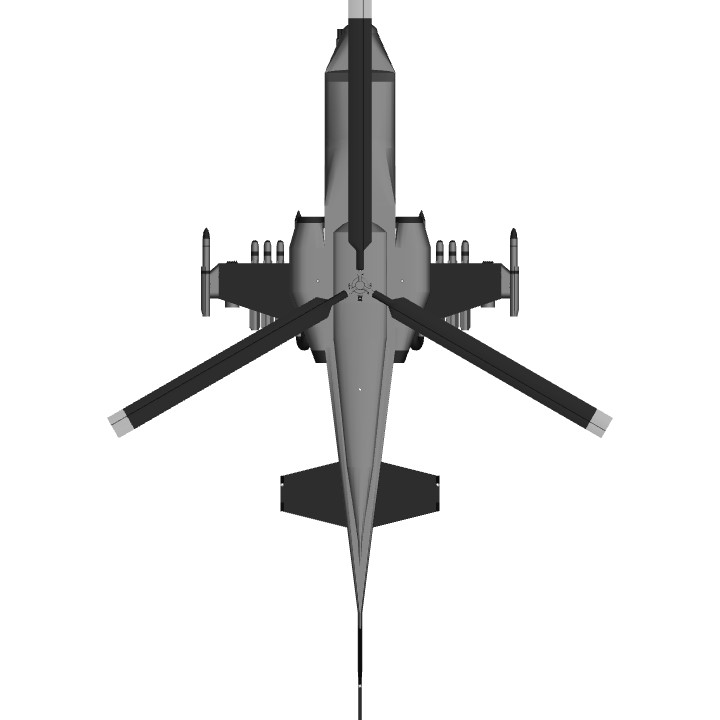 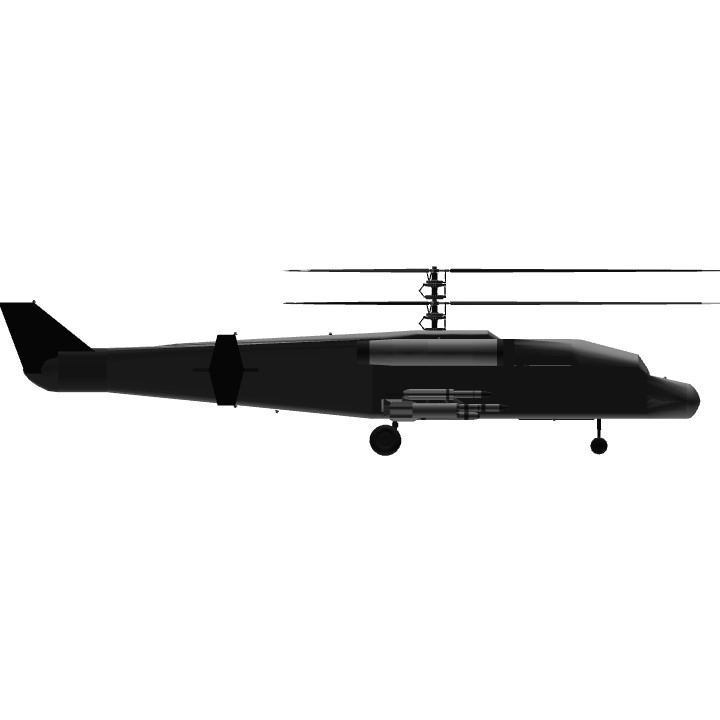 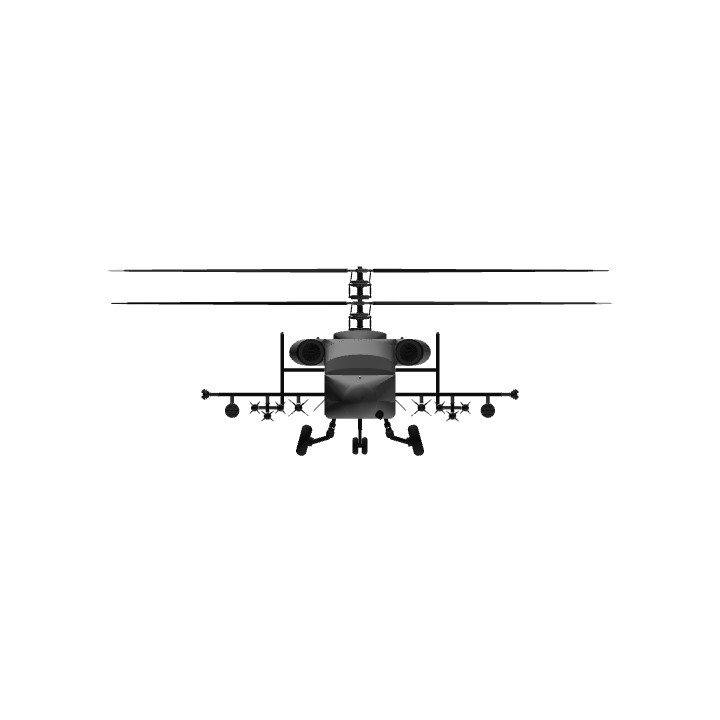