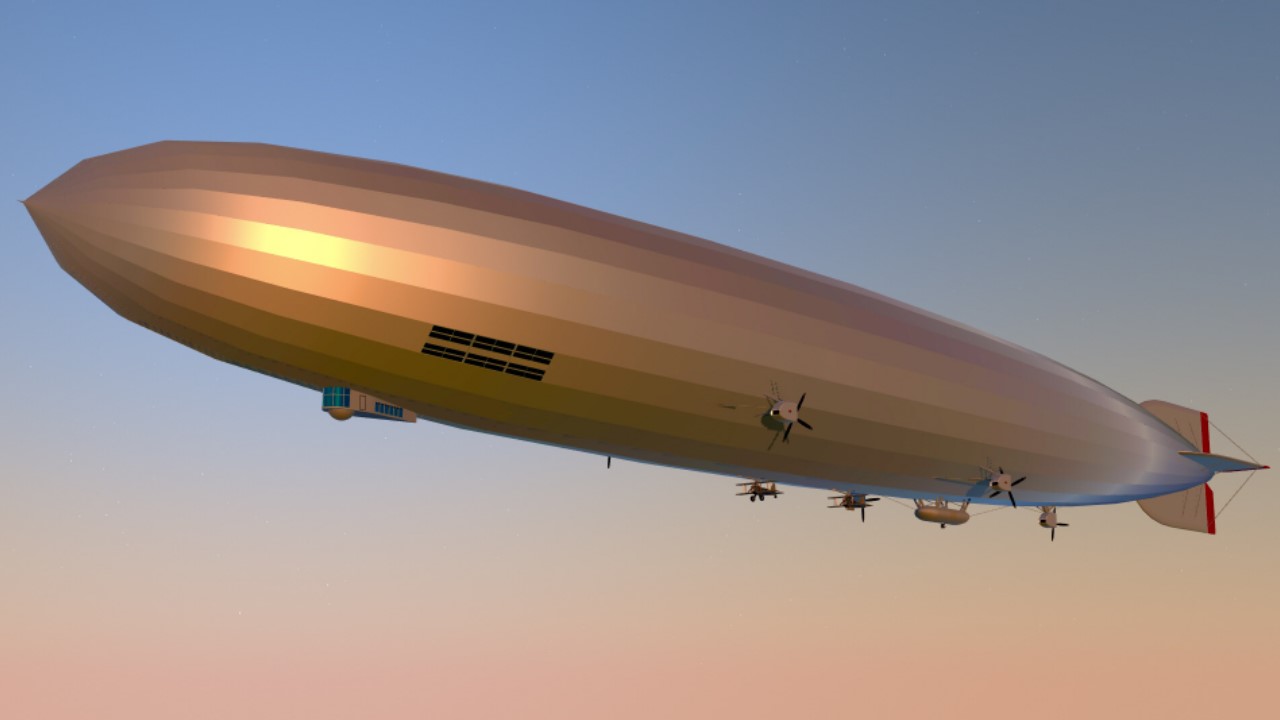 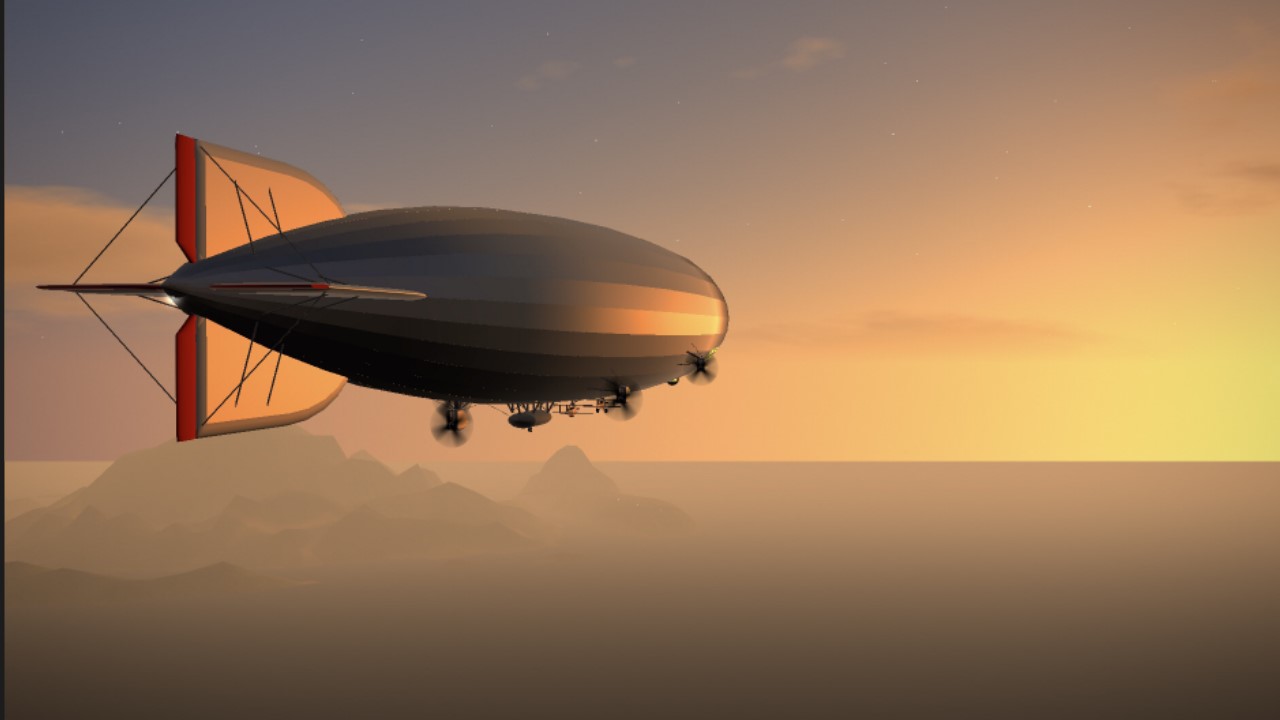 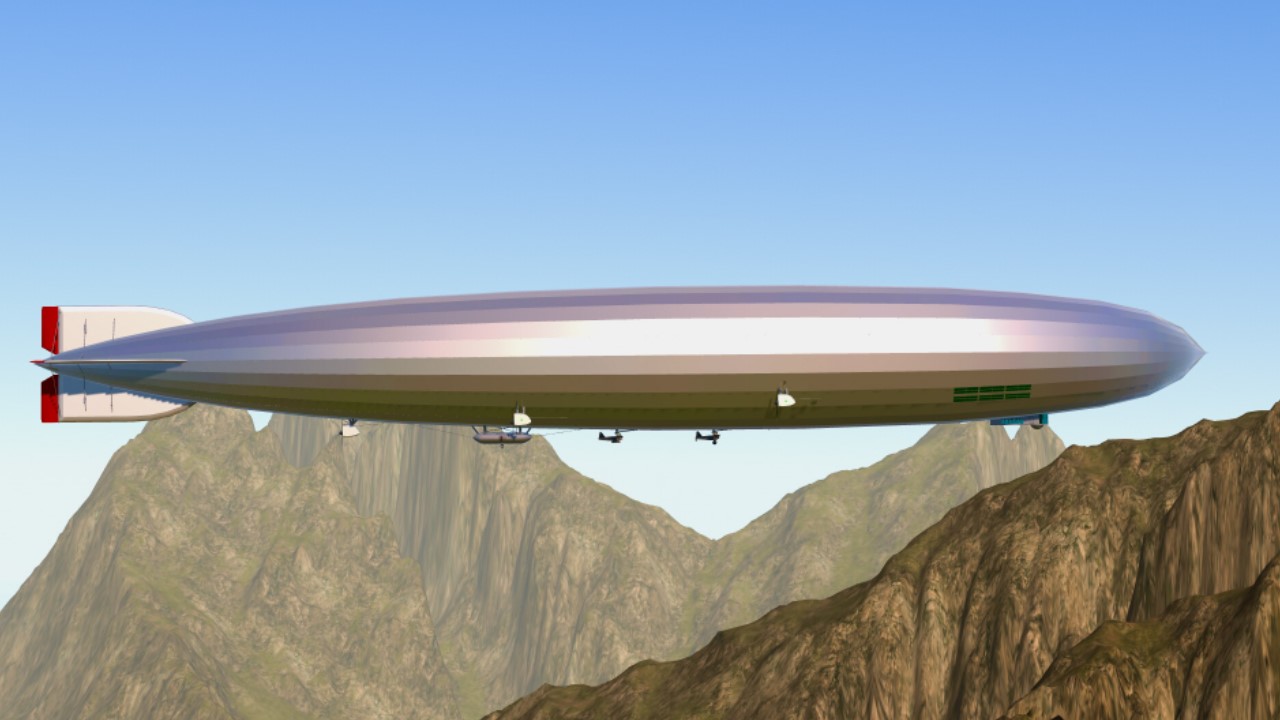 This fictional zeppelin was inspired from many different airships, such as the Hindenburg, Graf Zeppelin, and many other rigid airships. This is a civilian aircraft meant for transporting people and cargo over long distances. Beneath the zeppelin are two biplane fighters, mainly for self defense (or as I like to do, shoot down your own airship). Not only that but the airship is also strong against attacks, but not at all good against explody things, after all the invention of enemy flak is one of the main reasons why zeppelins are no longer in service. 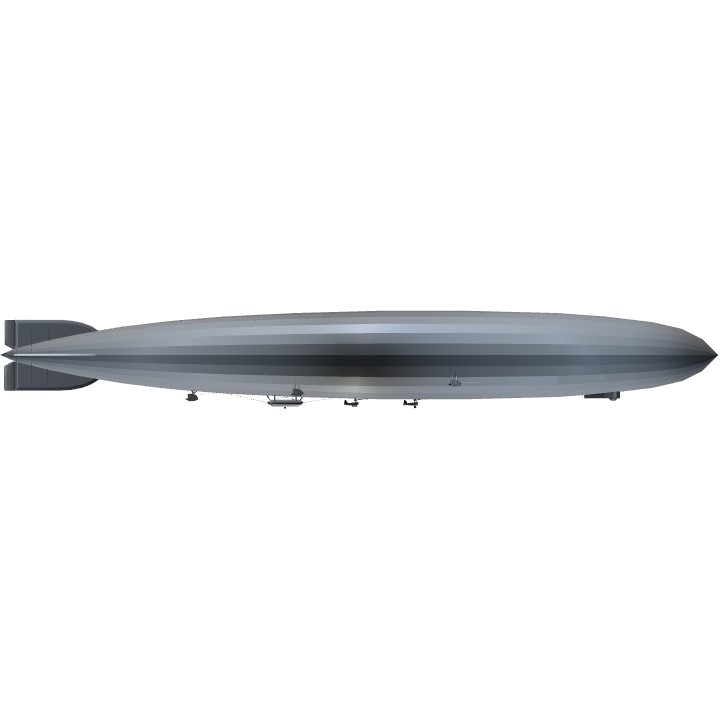 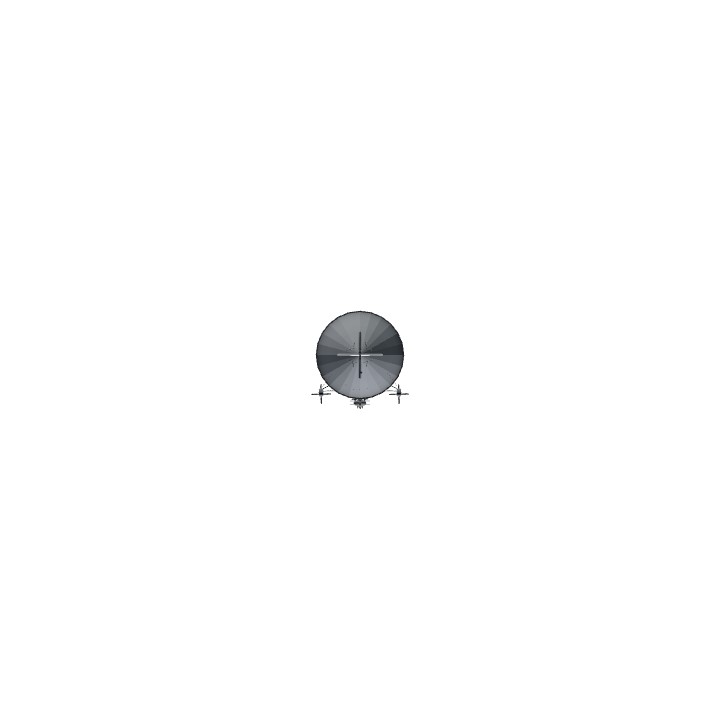