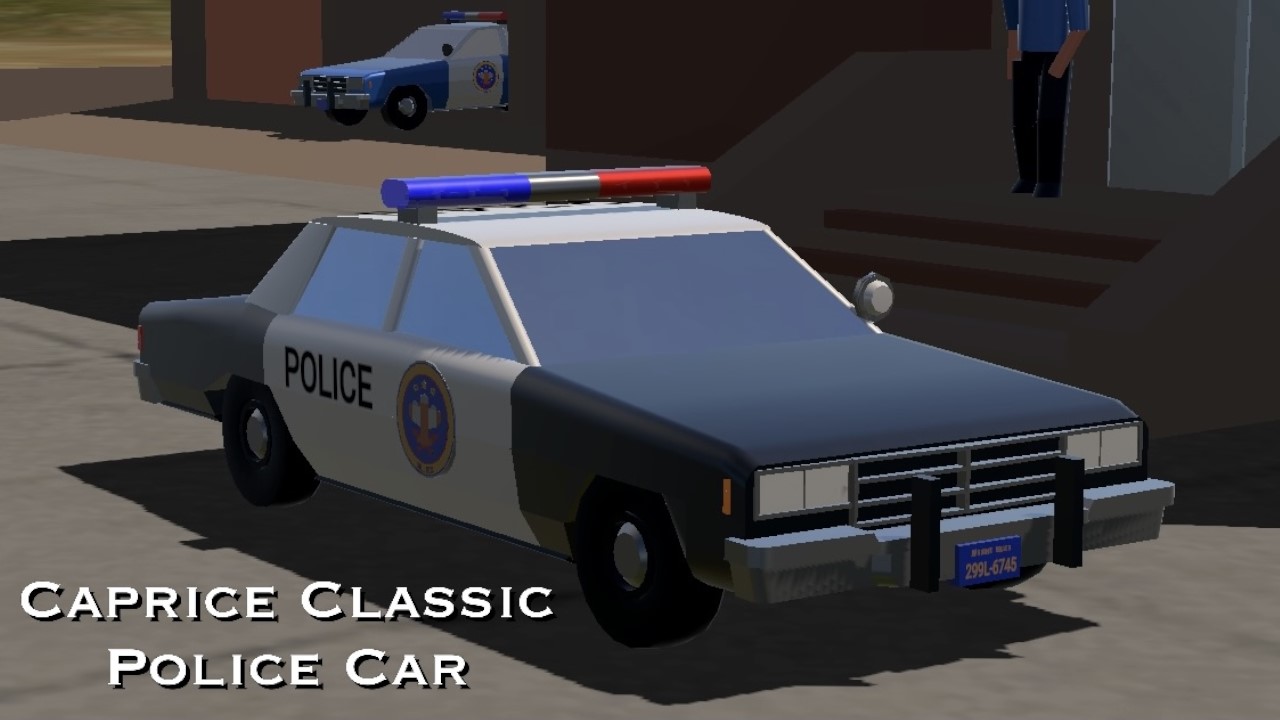 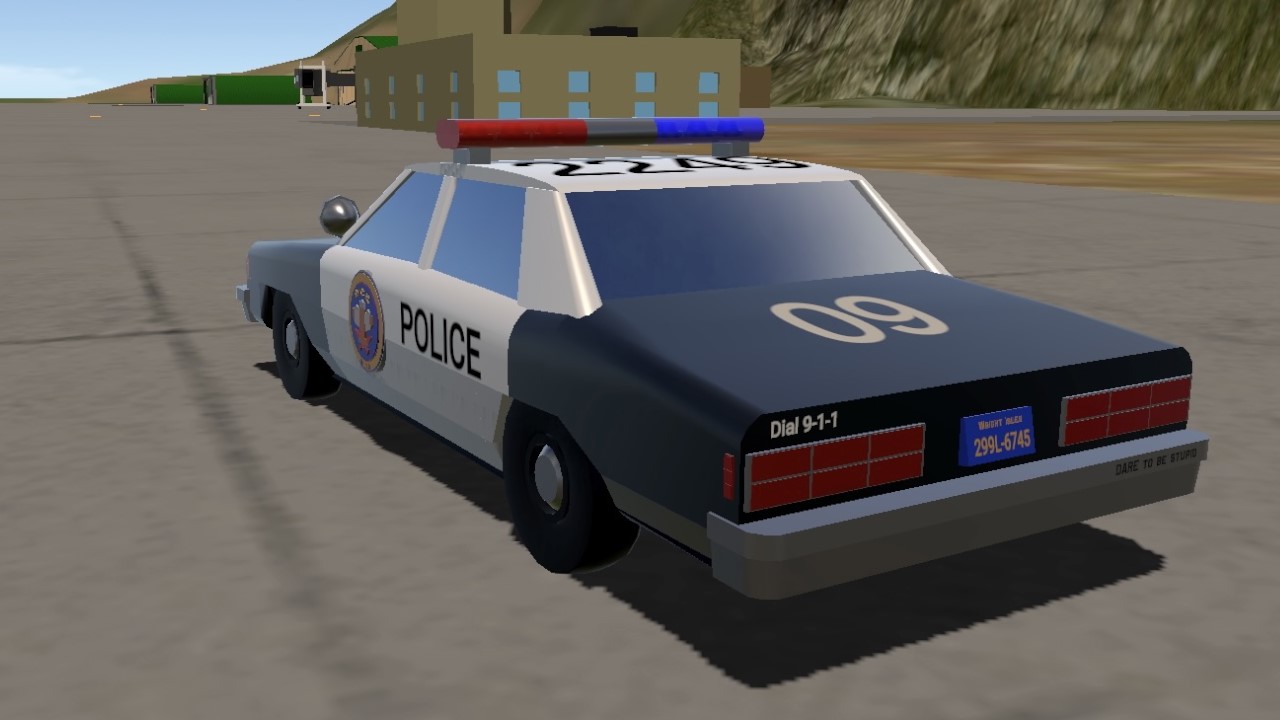 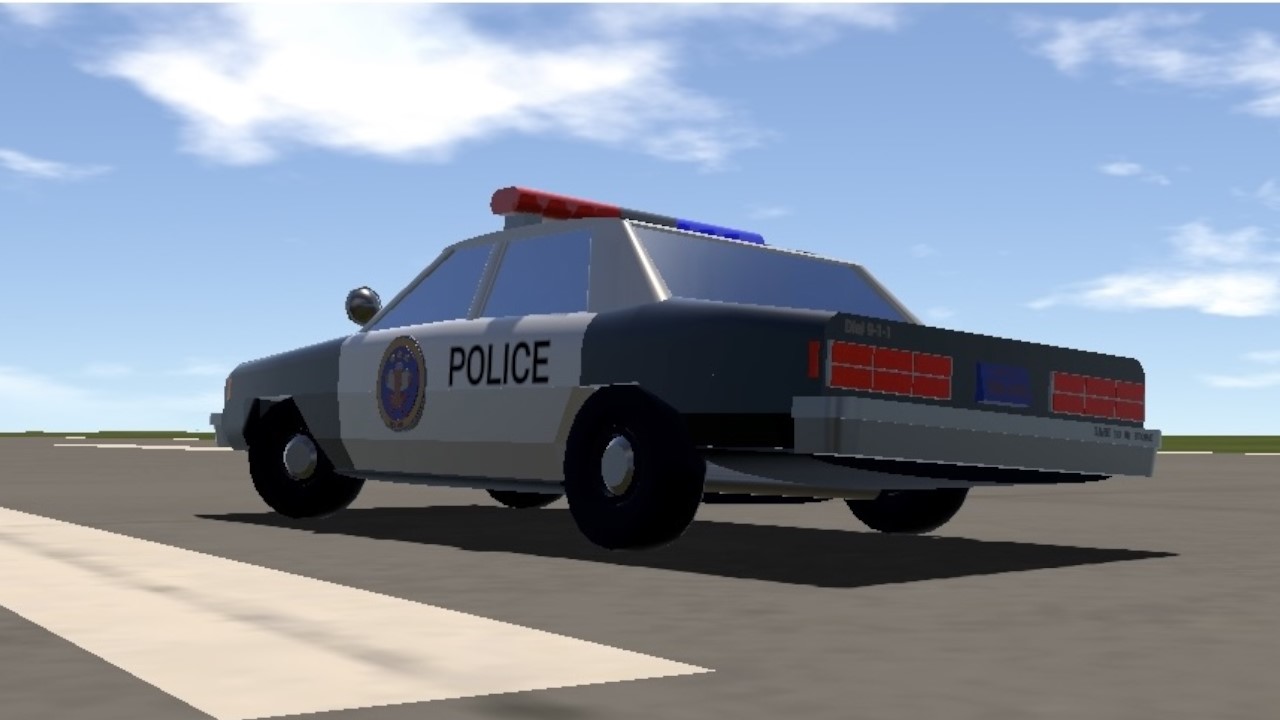 This is Caprice 9c1, the primary patrol vehicle of the Wright Isles Police Department, also known as W.I.P.D.
Fast, durable and reliable, this vehicle is loved by the three-thousand officers of the WIPD who drive it daily to patrol the streets of Wright Isles + a few other islands.

*Built with low-physics setting in mind! Suspensions may not work as intended on higher settings.

-If you want to remove WIPD emblems on the sides (to reduce parts count and whatnot), simply disconnect the the middle section of the emergency lightbar (from the body, if you want to save them as sub assembly) and remove the logos.

[Traction Settings and else]
Engine - 20hp
Hinge rotator 35deg
Front - Fwd 80/side 70
Rear - Fwd 150/side 150
*Suspension on Resizable Wheels are all turned OFF. Turning them ON will change the handling characteristics.
Rear suspension - spring 100/damper 250

[Credit]
WolfHunter9111's Special Police Unit(AI cop car) and this cool tutorial on blink program by hpgbproductions
for teaching me how the blinkProgram (light pattern) works, and Sendai for sticker inspirations.

ThatAsian667, and realSavageMan's "Simple But Useful Tips-1" for helps with traction improvement and some other things related to driving parts of the car.

Edit: Oh and this tutorial on how to make custom thumbnails on mobile by KnightOfRen!

I wanted to make a police car for the newly established WIPD, and I wanted it to be something a little classic like the LVPD police car from GTASA. Originally it was going to be something a bit more fictional, but ended up being a much more accurate (although still loose) replica of the afforementioned LVPD car. I really dig the looks of 1977's model of Chevy Caprice/Impala since I watched To Live and Die in LA by Friedkin, and I think I did a pretty good job considering this is essentially my second car build. Shame I couldn't maintain super-low-performance-cost-ness I had in mind initially, but I think I still landed somewhere alright.
*This is not a strict replica of any version, but it's a mostly a combination of earlier version and later late 80s-90 version. Check out these cool pages for reference:
Code 3 Garage - 1977-1985 Chevy Impala/Caprice
Code 3 Garage - 1985-1990 Chevy Impala/Caprice

Due to a bug (or whatever it is) where "0" still counts as.. not 0, lights flash for a moment every time they complete the cycle unfortunately, but I think it still looks pretty alright.

Some units have their cars painted blue

Pulling over a truck with broken blinker 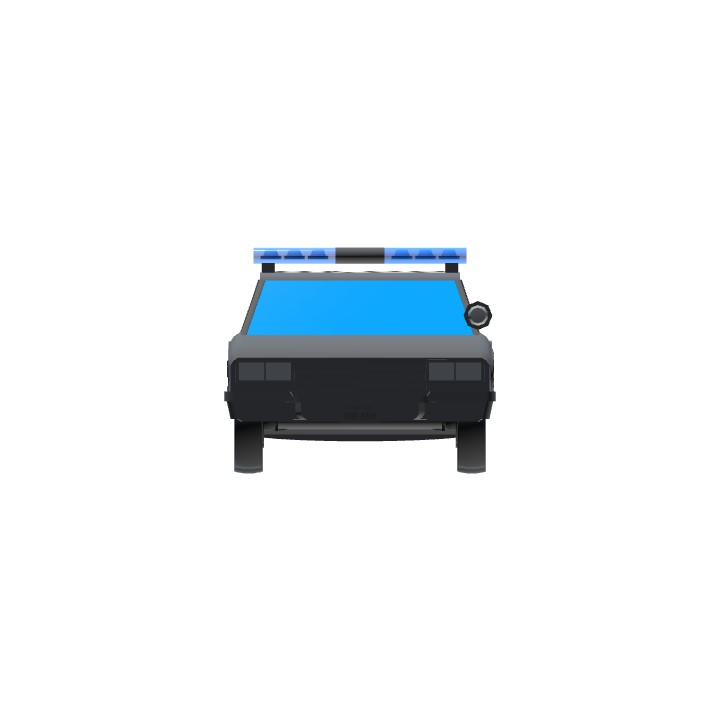