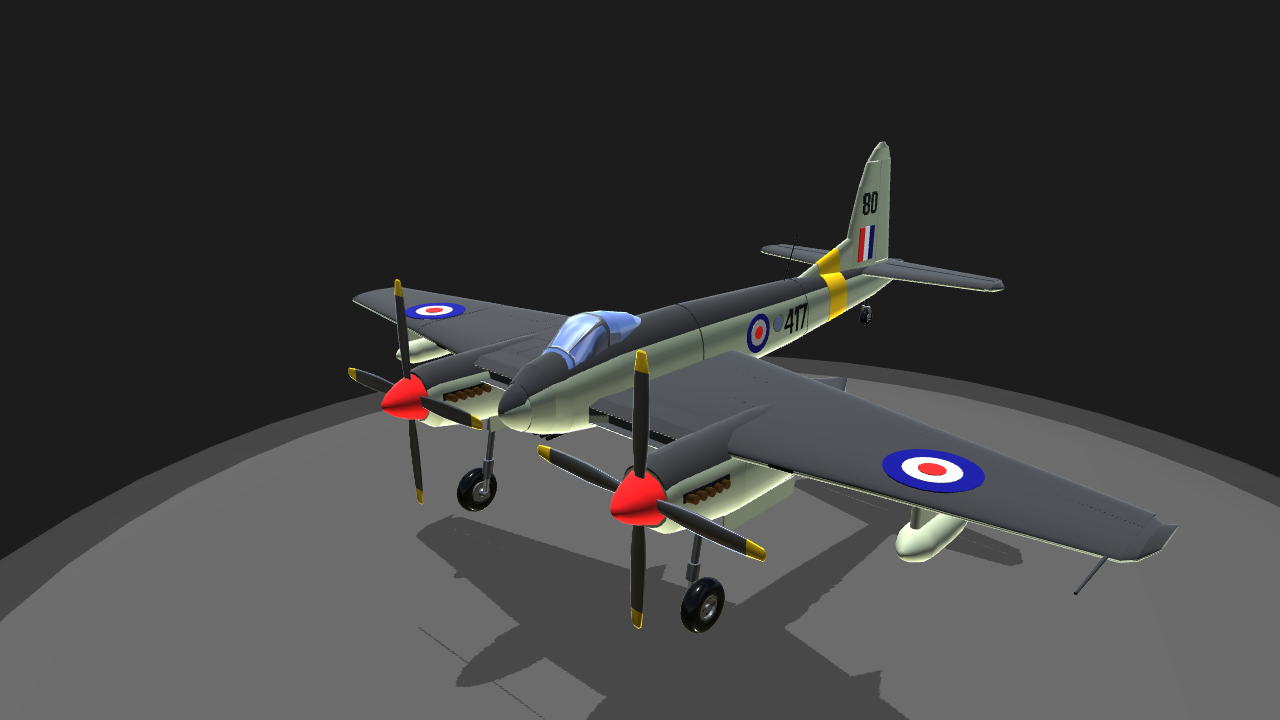 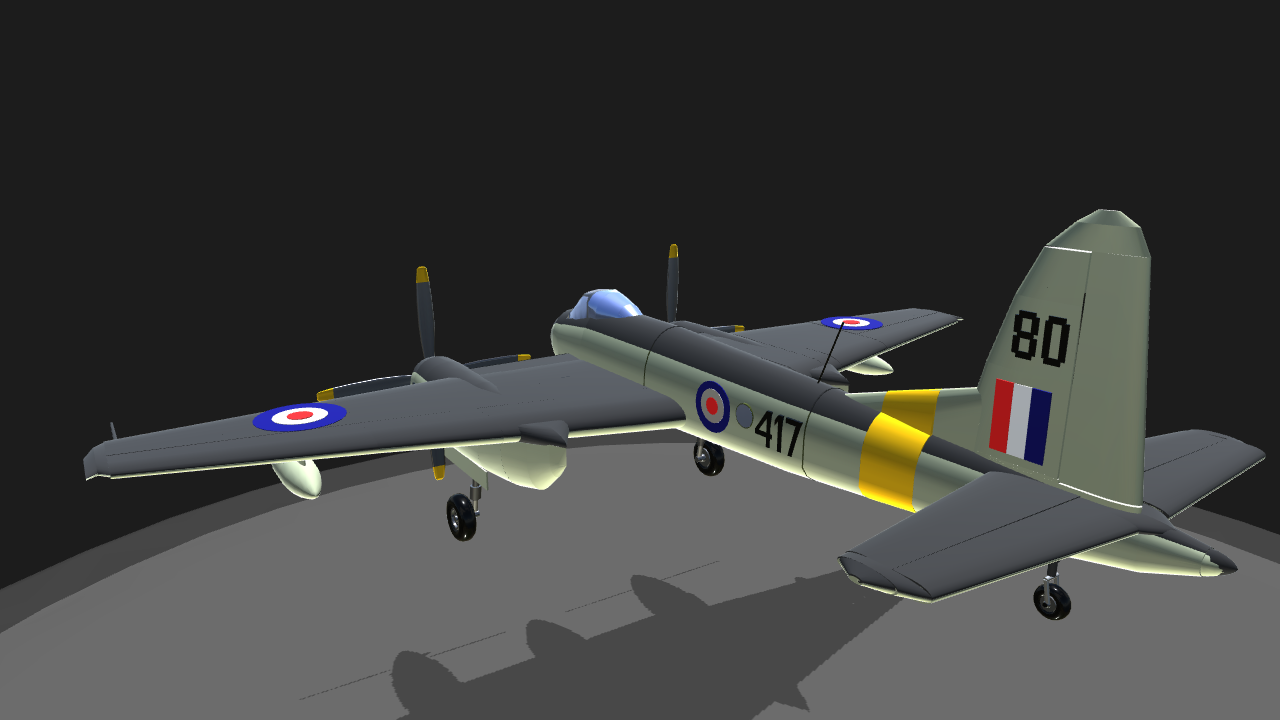 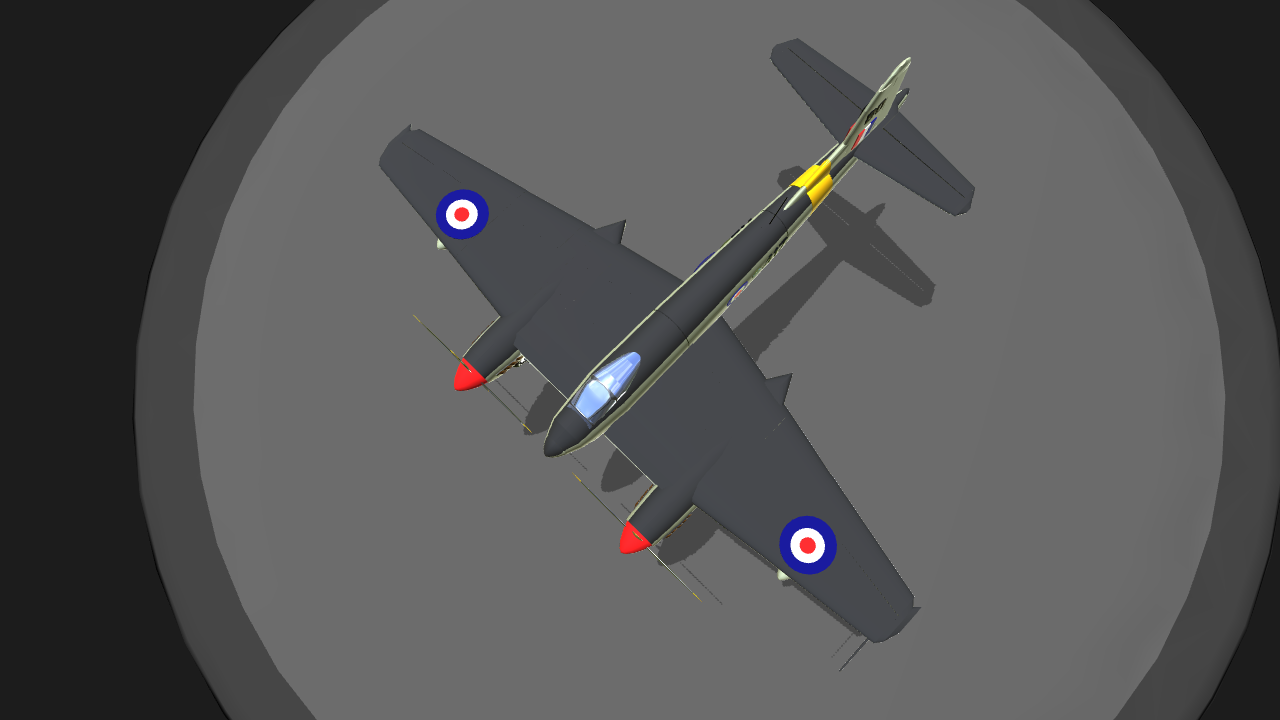 Wiki:
The de Havilland DH.103 Hornet was a twin-piston engined fighter aircraft developed by de Havilland. It further exploited the wooden construction techniques that had been pioneered by the earlier de Havilland Mosquito. Development of the Hornet had started during the Second World War as a private venture, an aim for the aircraft was to conduct long range fighter operations in the Pacific Theatre against the Empire of Japan. However, the war ended before the Hornet reached operational squadron status. The Hornet entered service with RAF Fighter Command where it equipped several day fighter units and was commonly stationed in the British mainland. It saw combat in the Far East, being used successfully as a strike fighter as part of the British military action taken during the Malayan Emergency. A navalised carrier-capable version, the Sea Hornet, had been envisioned early on and was procured by the Fleet Air Arm of the Royal Navy. 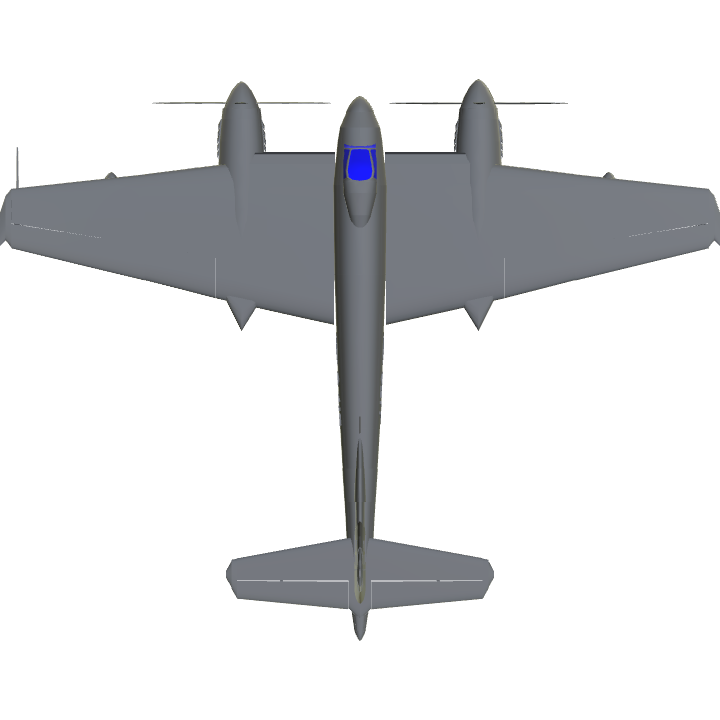 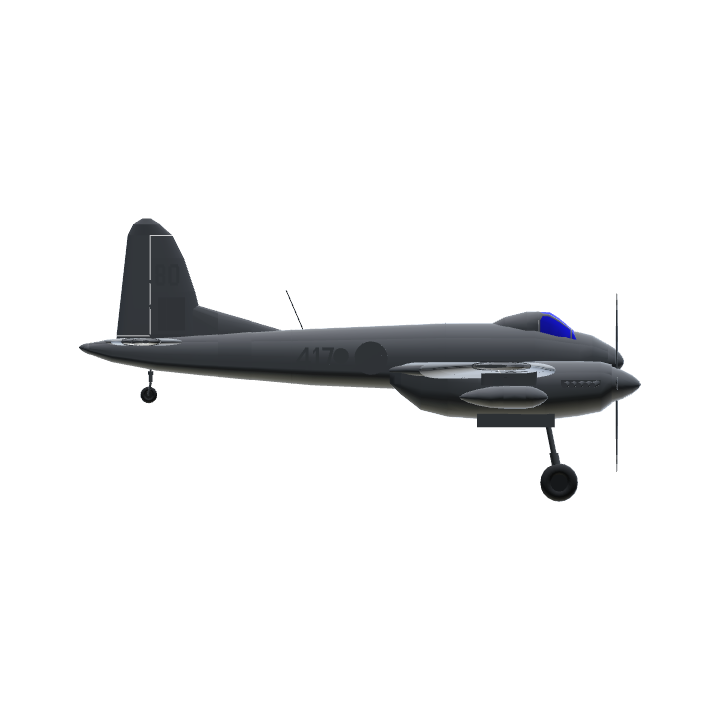 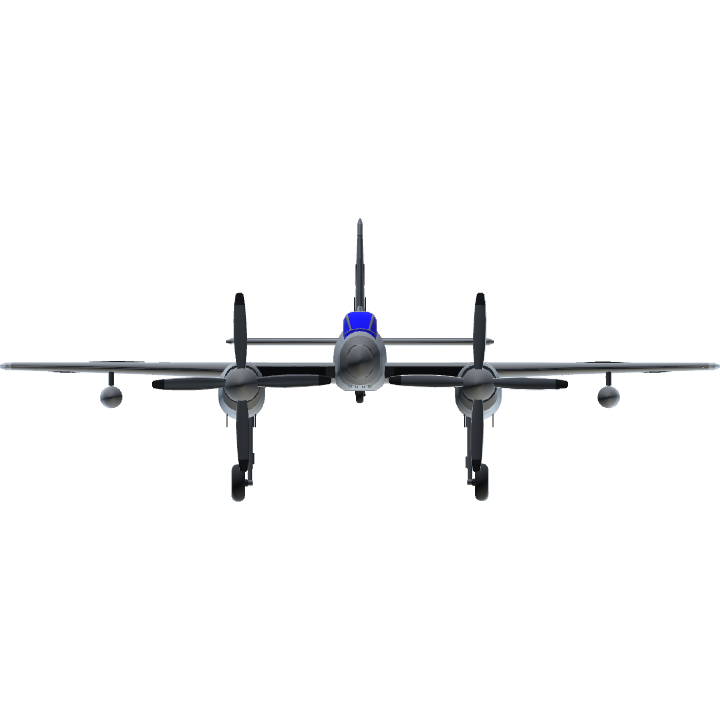