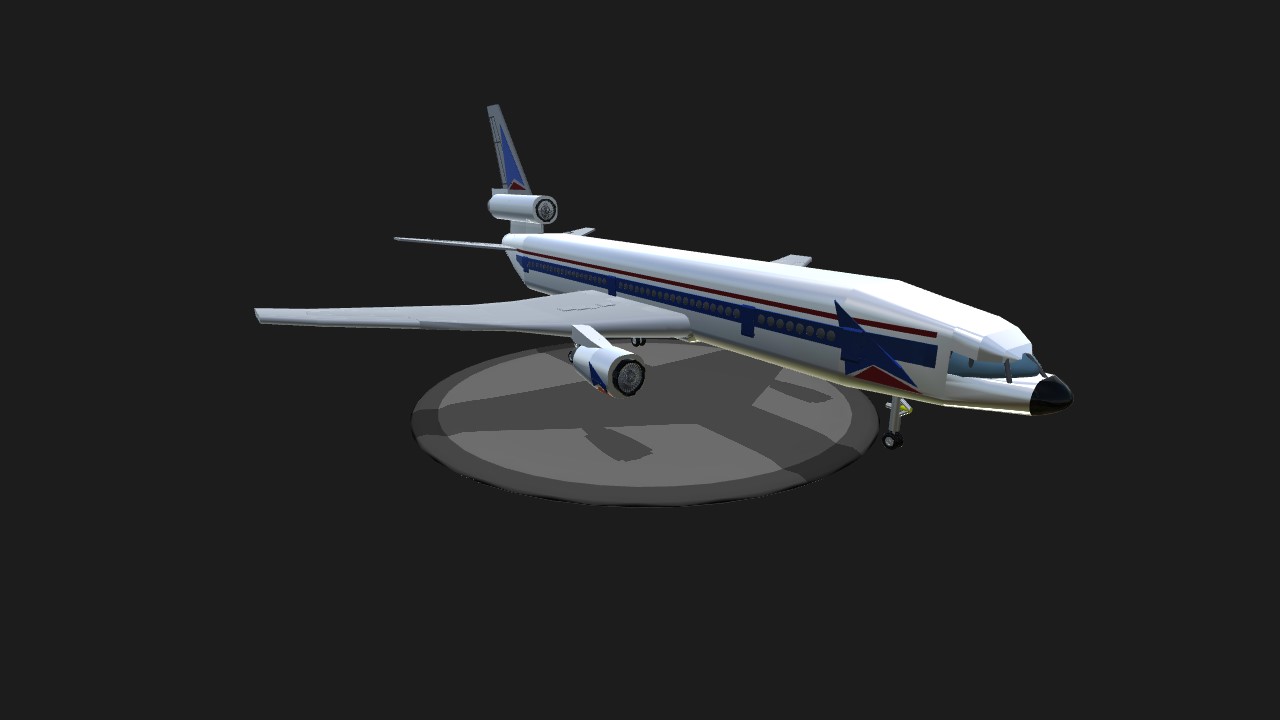 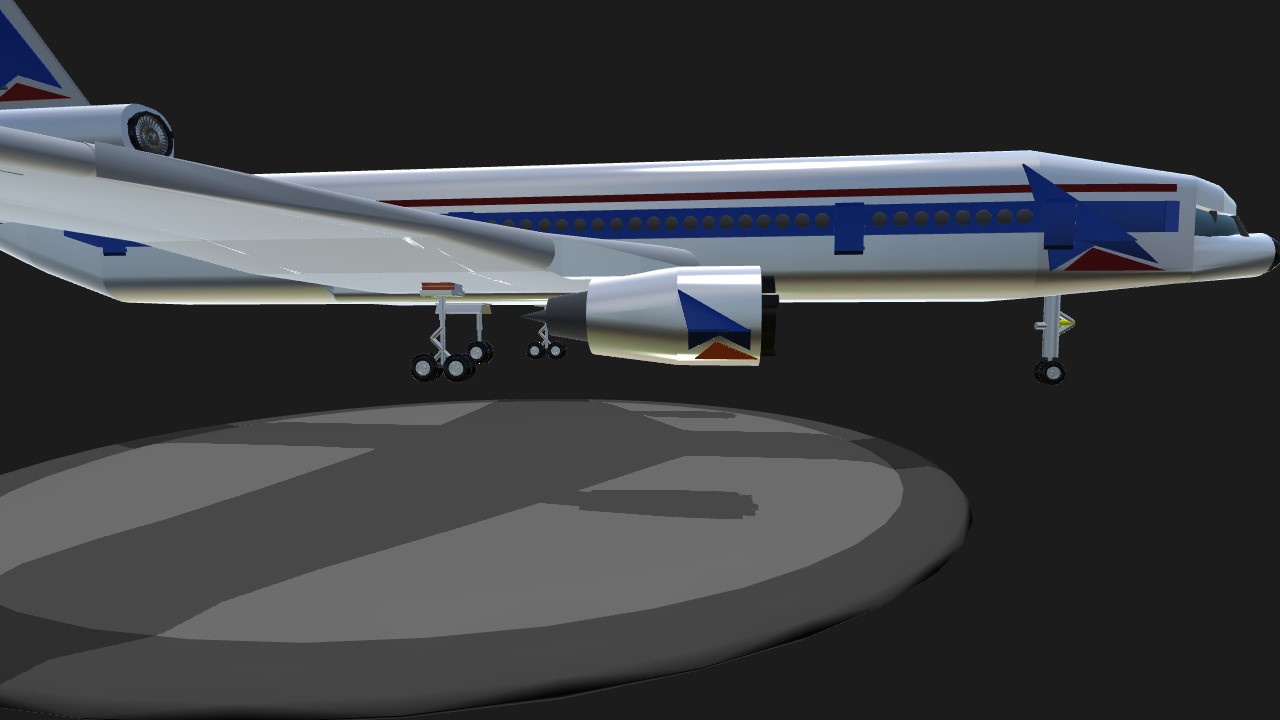 Thanks to @bjac0 for the engine logo! and @Kickasshes for the gear! this is my gold celebration plane ! Thanks! and let my just say something, HOLY SHIZA this took forever and was super difficult to build!
History:The McDonnell Douglas DC-10 is a three-engine wide-body jet airliner manufactured by McDonnell Douglas. The DC-10 has range for medium- to long-haul flights, capable of carrying a maximum of 380 passengers. Its most distinguishing feature is the two turbofan engines mounted on underwing pylons and a third engine at the base of the vertical stabilizer. The model was a successor to McDonnell Douglas's DC-8 for long-range operations, and competed in the same markets as the Lockheed L-1011 TriStar, which has a similar layout. The DC-10 had a poor safety record initially that was continuously improved over the years.

Production of the DC-10 ended in 1989 with 386 delivered to airlines and 60 to the U.S. Air Force as air-to-air refueling tankers, designated KC-10 Extender.[2] The largest operator of the DC-10 is U.S. cargo airline FedEx Express. The DC-10 was succeeded by the related McDonnell Douglas MD-11. Boeing, which merged with McDonnell Douglas in 1997, conducted an upgrade program that equipped many in-service DC-10s with a glass cockpit that eliminated the flight engineer position; the upgraded aircraft were re-designated as MD-10s. The DC-10's last commercial passenger flight took place in February 2014, although freighter versions continue to operate. Despite the airliner's popularity, only a few DC-10s are on display, while other retired aircraft are in storage. DC-10s are also used for specialist services, such as the Orbis International Flying Eye Hospital, which has a compartment for performing eye surgery. 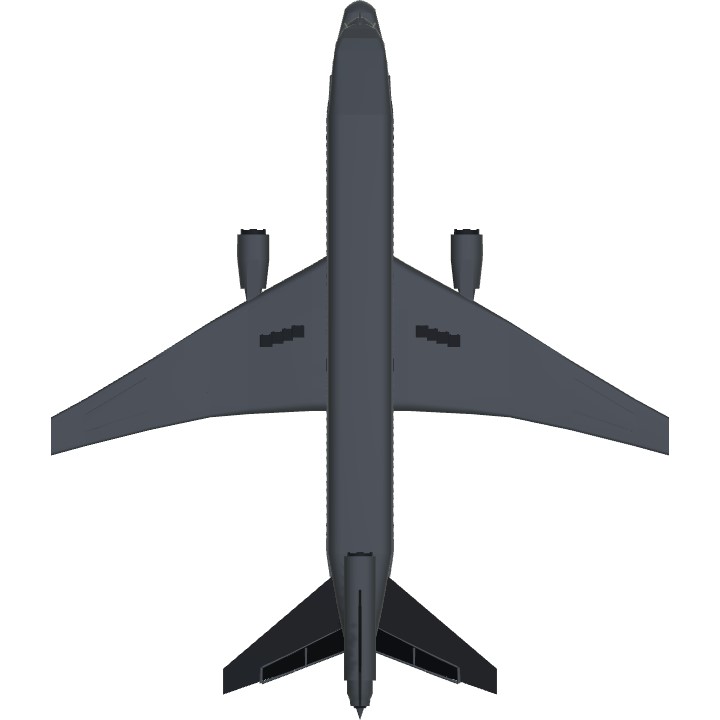 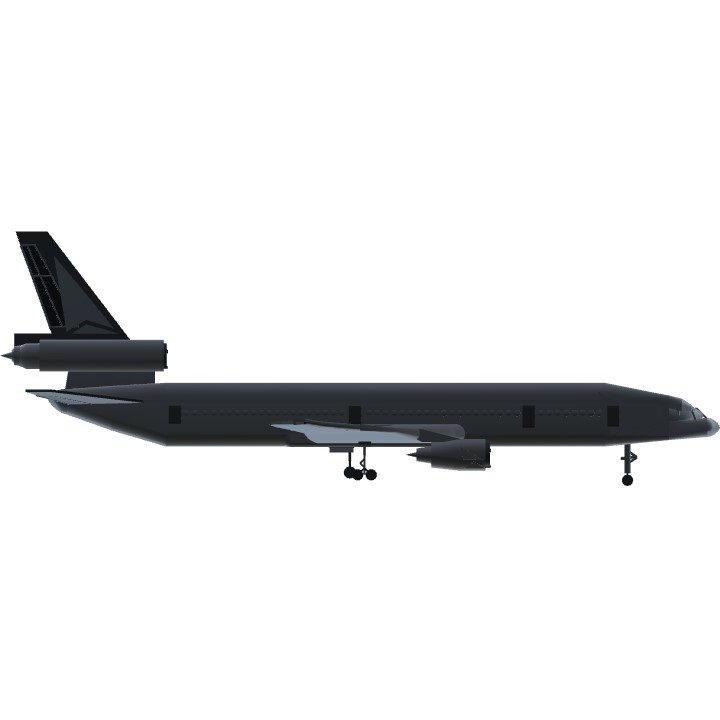 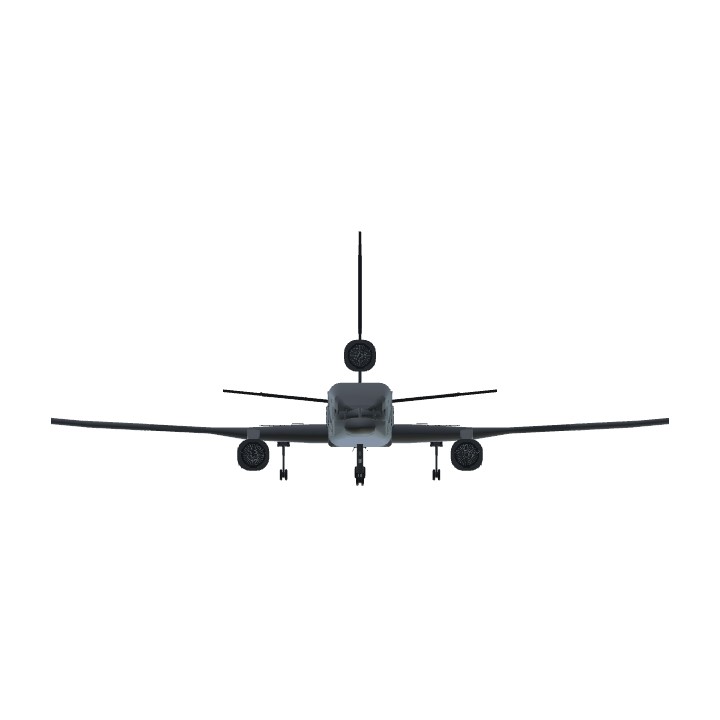