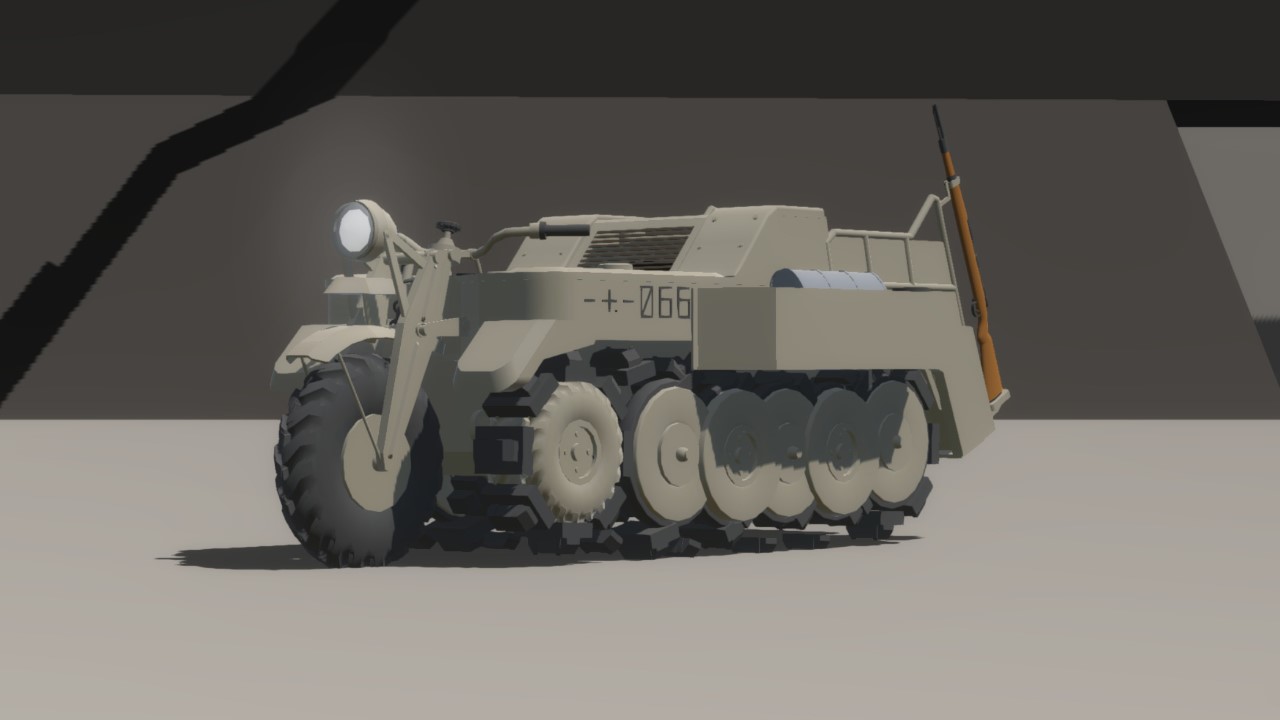 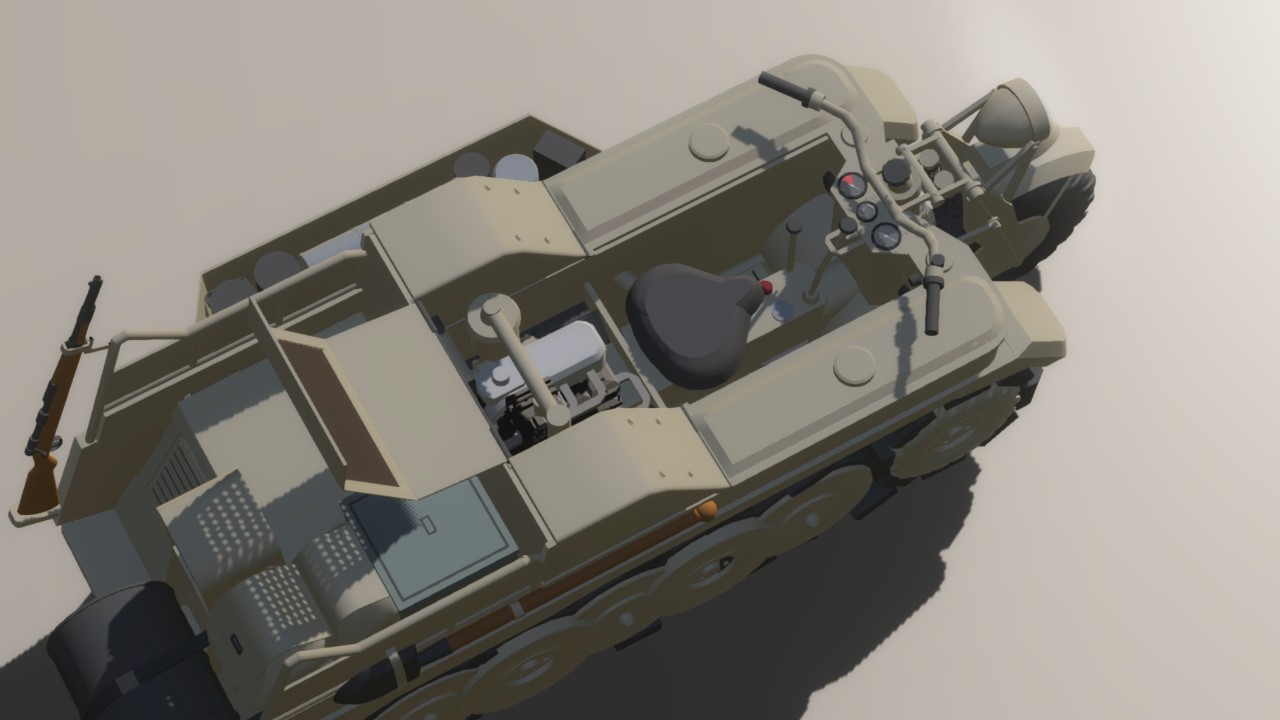 Thanks to PlanariaLab for helping me with FT

The Sd.Kfz.2 (Sonderkraftfahrzeug 2) is a half-track motorcycle with a single front wheel,The Kettenkrad started its life as a light tractor for airborne troops. The vehicle was designed to be delivered by Junkers Ju 52 aircraft, though not by parachute. The vehicle had the advantage of being the only gun tractor small enough to fit inside the hold of the Ju 52, and was the lightest mass-produced German military vehicle to use the complex Schachtellaufwerk overlapped and interleaved road wheels used on almost all German military half-tracked vehicles of World War II.

Steering the Kettenkrad was accomplished by turning the handlebars: Up to a certain point, only the front wheel would steer the vehicle. A motion of the handlebars beyond that point would engage the track brakes to help make turns sharper. It was also possible to run the vehicle without the front wheel installed and this was recommended in extreme off-road conditions where speed would be kept low. 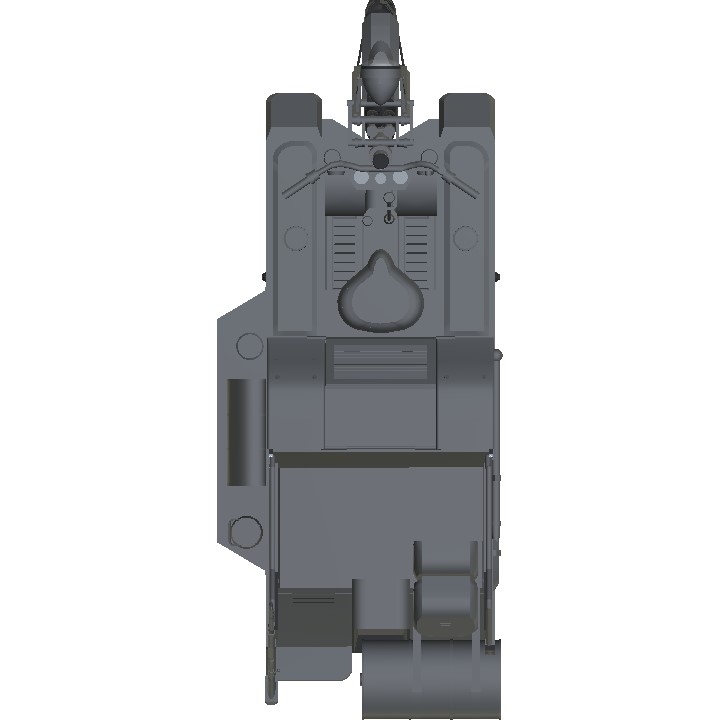 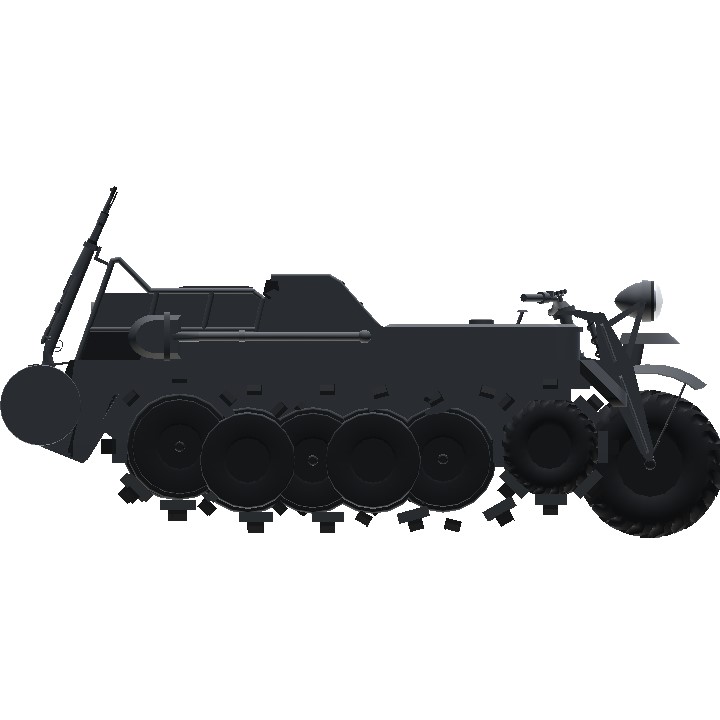 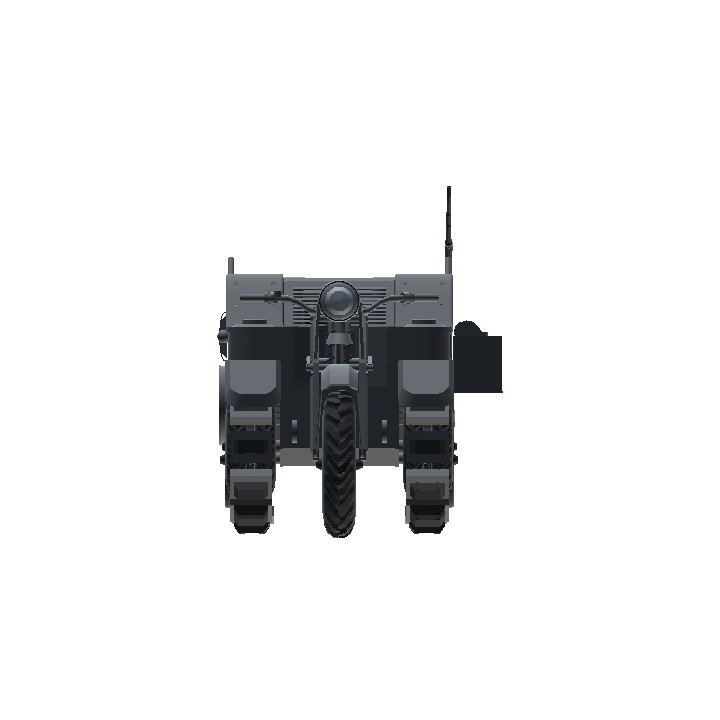