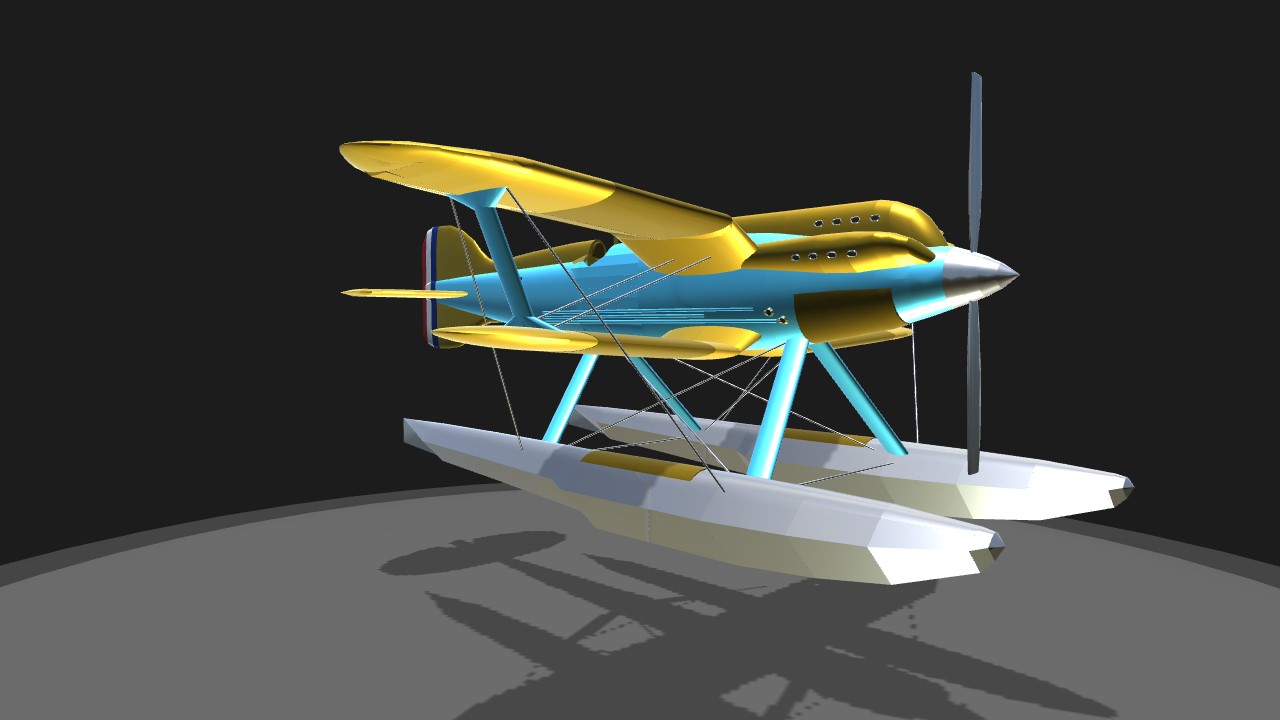 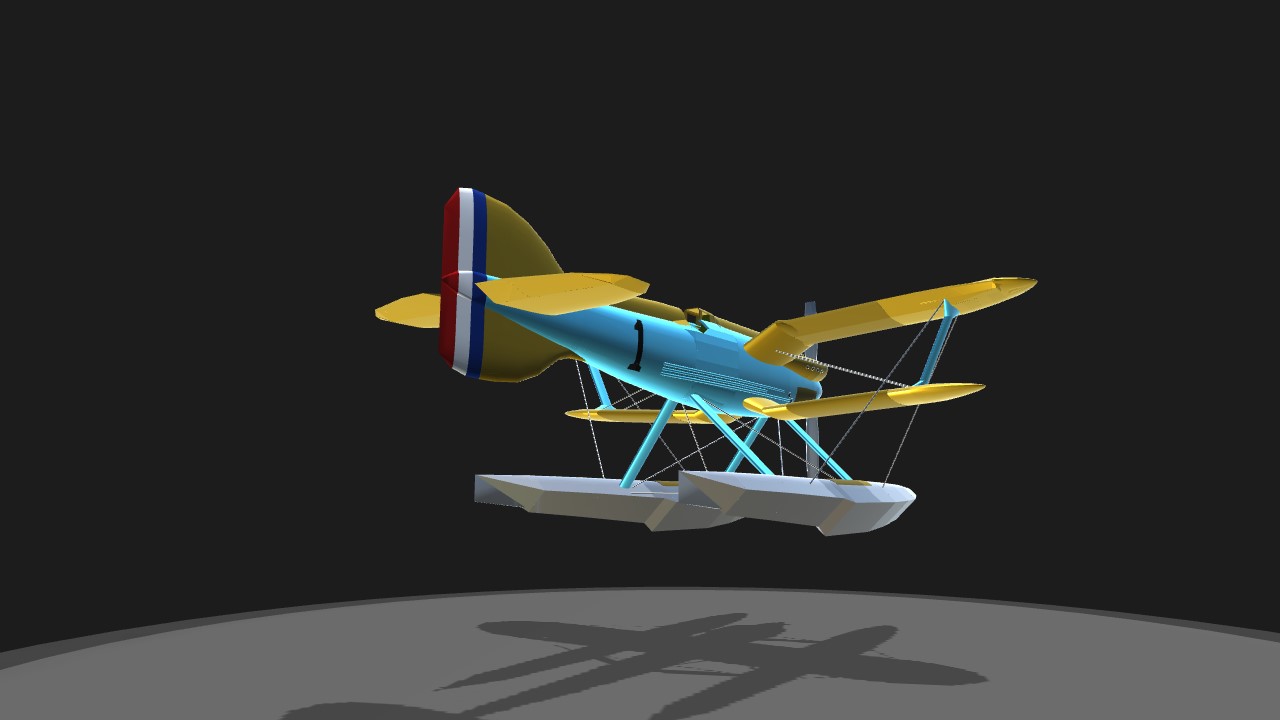 Bogdans challenge gave me the inspiration to look at the Schneider Trophy seaplanes of 20s and 30s - I thank him. I have always been aware of the awesome Supermarine S6 designed by the same legend that gave us the spitfire. But then I found a biplane that surpassed the S6’s beauty and was on a par with the looks of the Italians Macchi M.67.

Ladies and Gentlemen, the Gloster IVB.

The IV’s were designed by Glosters chief designer Henry Folland and were developed from the Gloster III which finished 2nd in the 1925 race. Three in total were built - the IV, the IVA and the IVB. Like the Gloster III the IV’s were of wooden construction and had a monocoque fuselage with noticeable gulled wings to reduce drag between the junction of the wing and fuselage. The same appreciation of aerodynamics had radiators buried close to surface outlines (and hence the brown spots.) The geared Napier sabre engine was capable of nearly 300mph.

The IVB completed 5 laps of the Venice circuit on 26 Sep 1927 before retiring with the race being eventually won by the Supermarine S5. Following the race all 3 of the IVs were used to train pilots for the 1929 race. The IVB crashed in a landing accident in Dec 1930.

Credit to thecatbaron for the rotators that provide a rudimentary set of indicators - I’m not clever enough to suss the crazy tree thing out!
I couldn’t actually find a picture of the Glosters cockpit so I loosely based it off the cockpit of the S6. - it’s a spartan affair for sure!

I’ve followed plans meticulously (which is hard without designer suite) to hopefully recreate that elegant shape that caught my eye. Being racing pedigree she’s trimmed for full speed (accurate to the real aircraft more or less) at sea level with a fuel level to reflect the few laps of a trophy circuit. 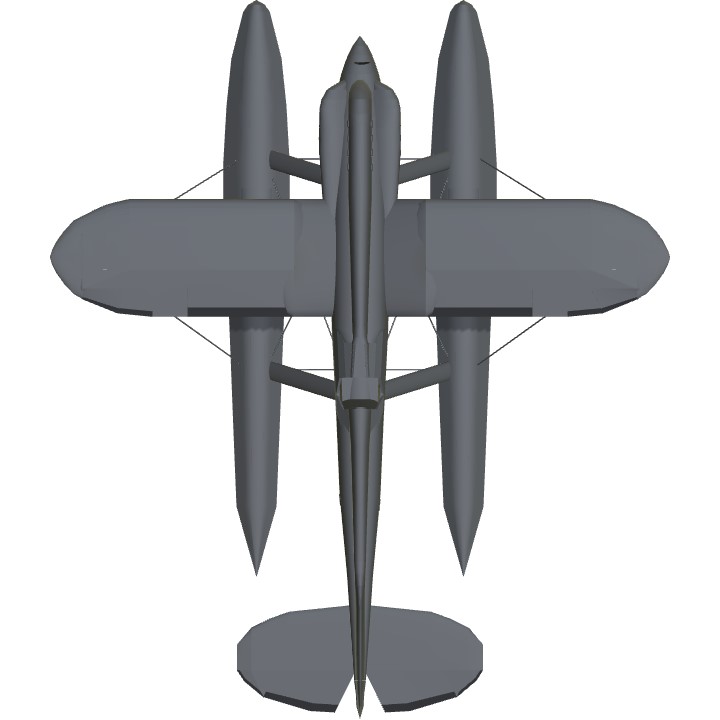 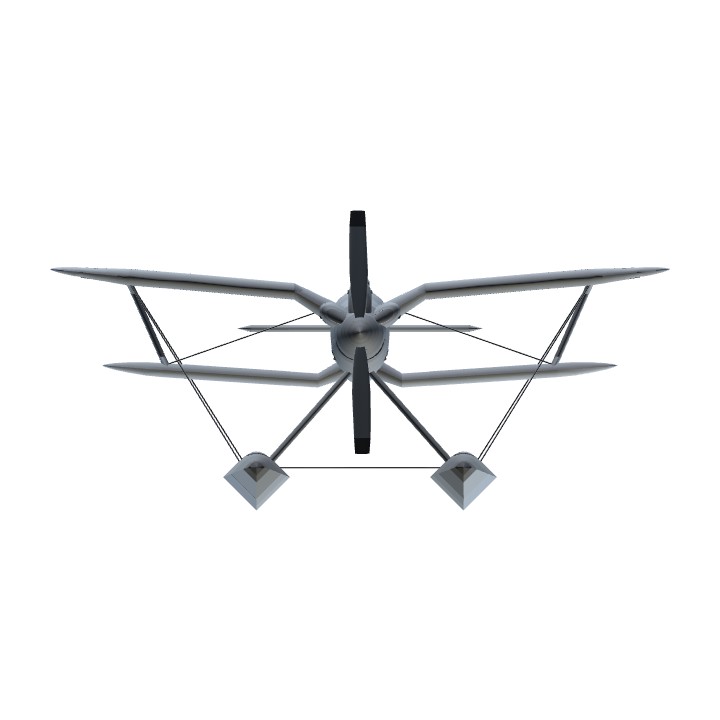