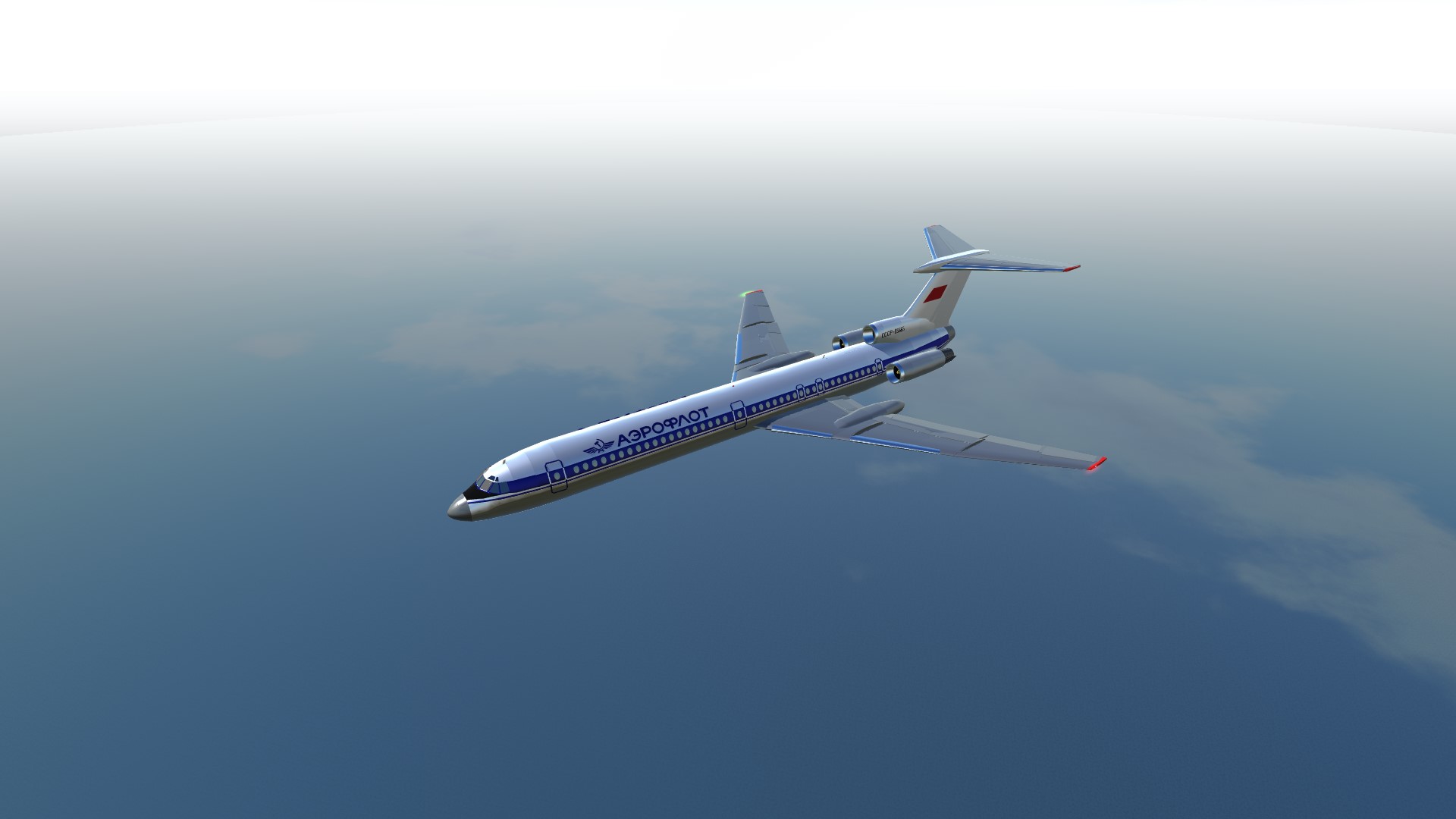 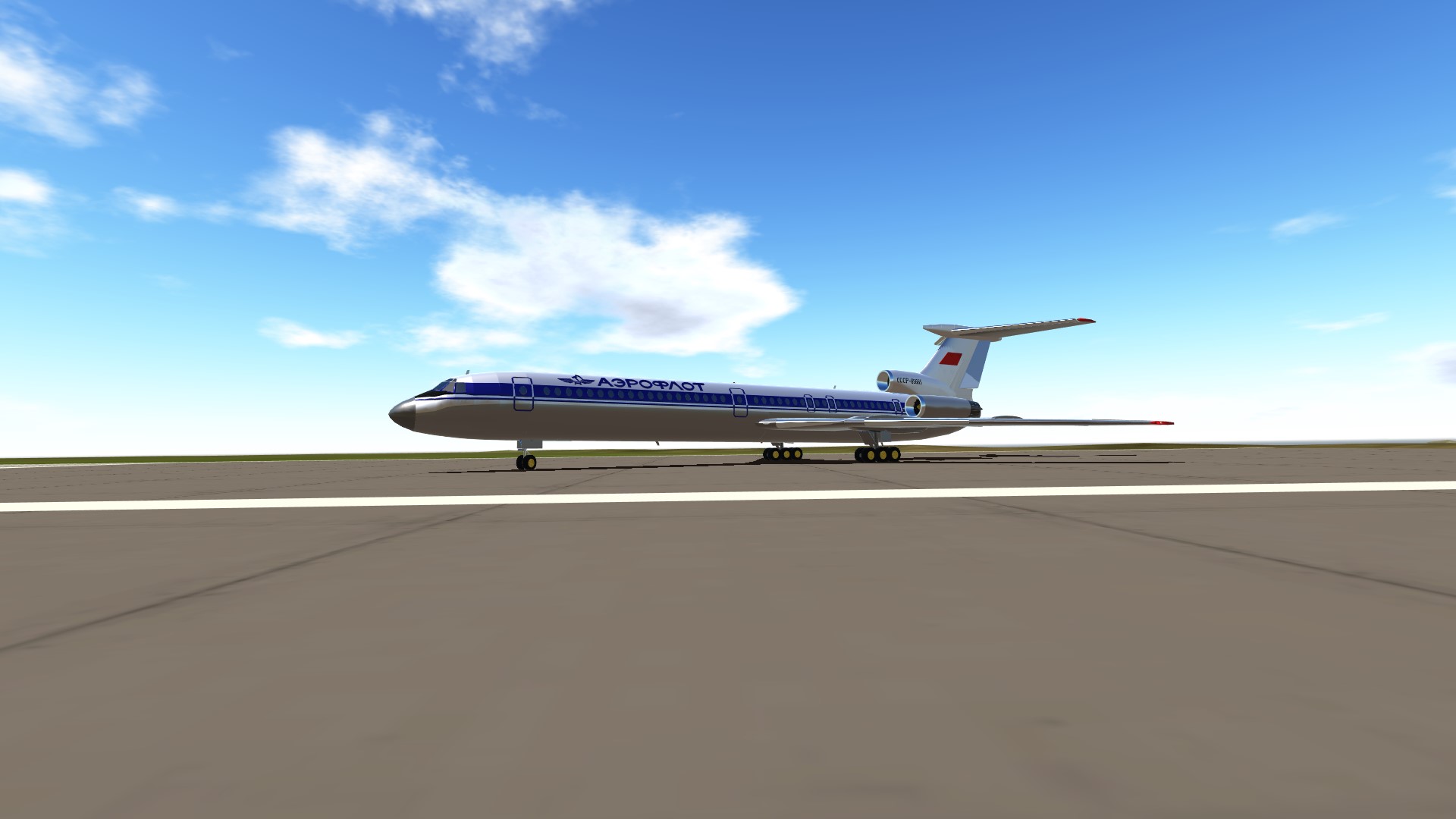 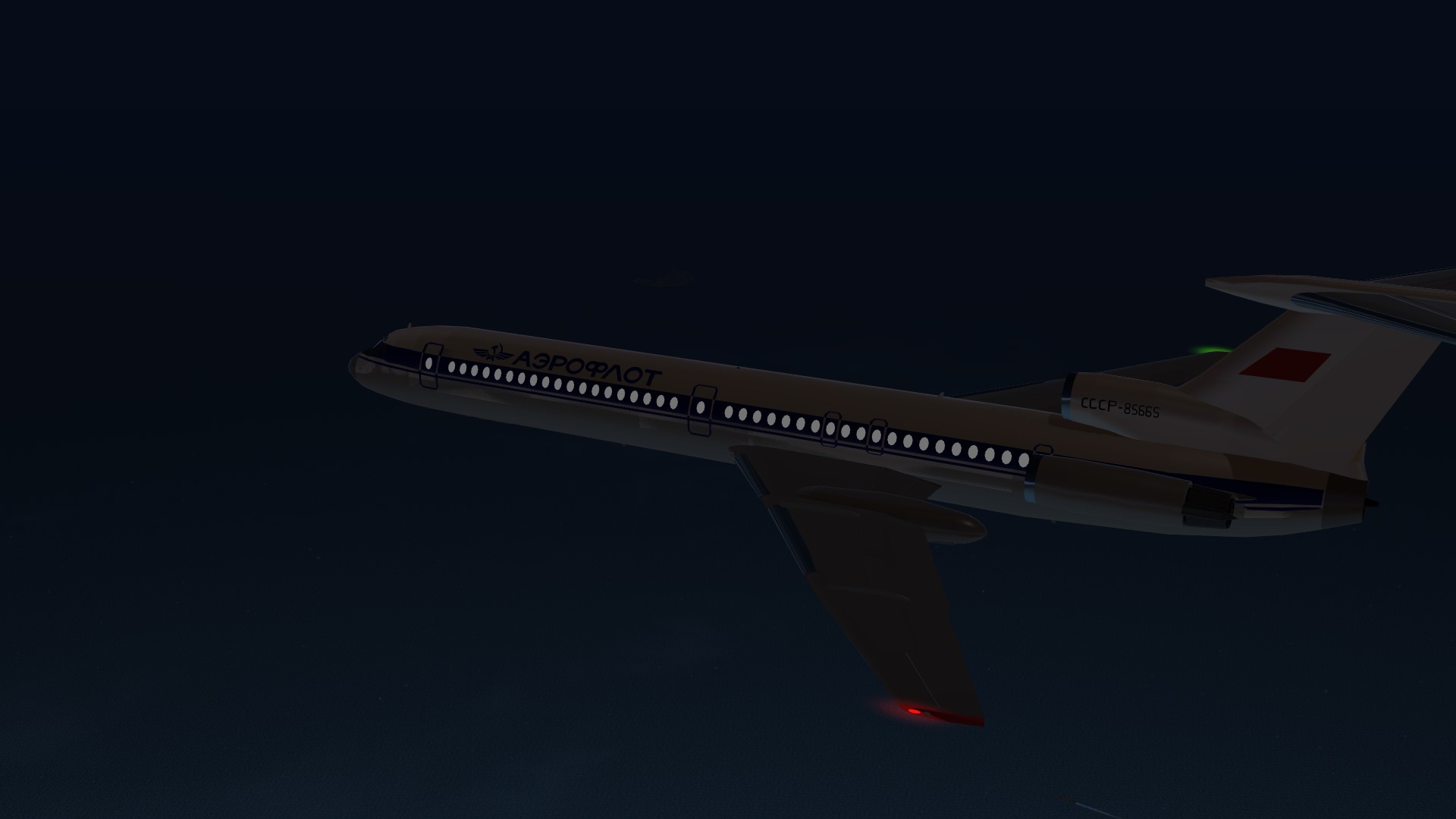 -Special thanks for the sashes of reverse system to:
I401SenSuiKan

You are welcome to find more screenshots here!

The Tupolev Tu-154 is a three-engine medium-range narrow-body airliner designed in the mid-1960s and manufactured by Tupolev. A workhorse of Soviet and Russian airlines for several decades, it carried half of all passengers flown by Aeroflot and its subsidiaries (137.5 million/year or 243.8 billion passenger km in 1990), remaining the standard domestic-route airliner of Russia and former Soviet states until the mid-2000s. It was exported to 17 non-Russian airlines and used as head-of-state transport by the air forces of several countries.

With a cruising speed of 975 kilometres per hour, the Tu-154 is one of the fastest civilian aircraft in use and has a range of 5,280 kilometres. Capable of operating from unpaved and gravel airfields with only basic facilities, it was widely used in the extreme Arctic conditions of Russia's northern/eastern regions where other airliners were unable to operate. Originally designed for a 45,000 hr service life (18,000 cycles) but capable of 80,000 hrs with upgrades, it is expected to continue in service until 2016, although noise regulations have restricted flights to western Europe and other regions.

In January 2010, Russian flag carrier Aeroflot announced the retirement of its Tu-154 fleet after 40 years, with the last scheduled flight being Aeroflot Flight 736 from Ekaterinburg to Moscow on 31 December 2009. 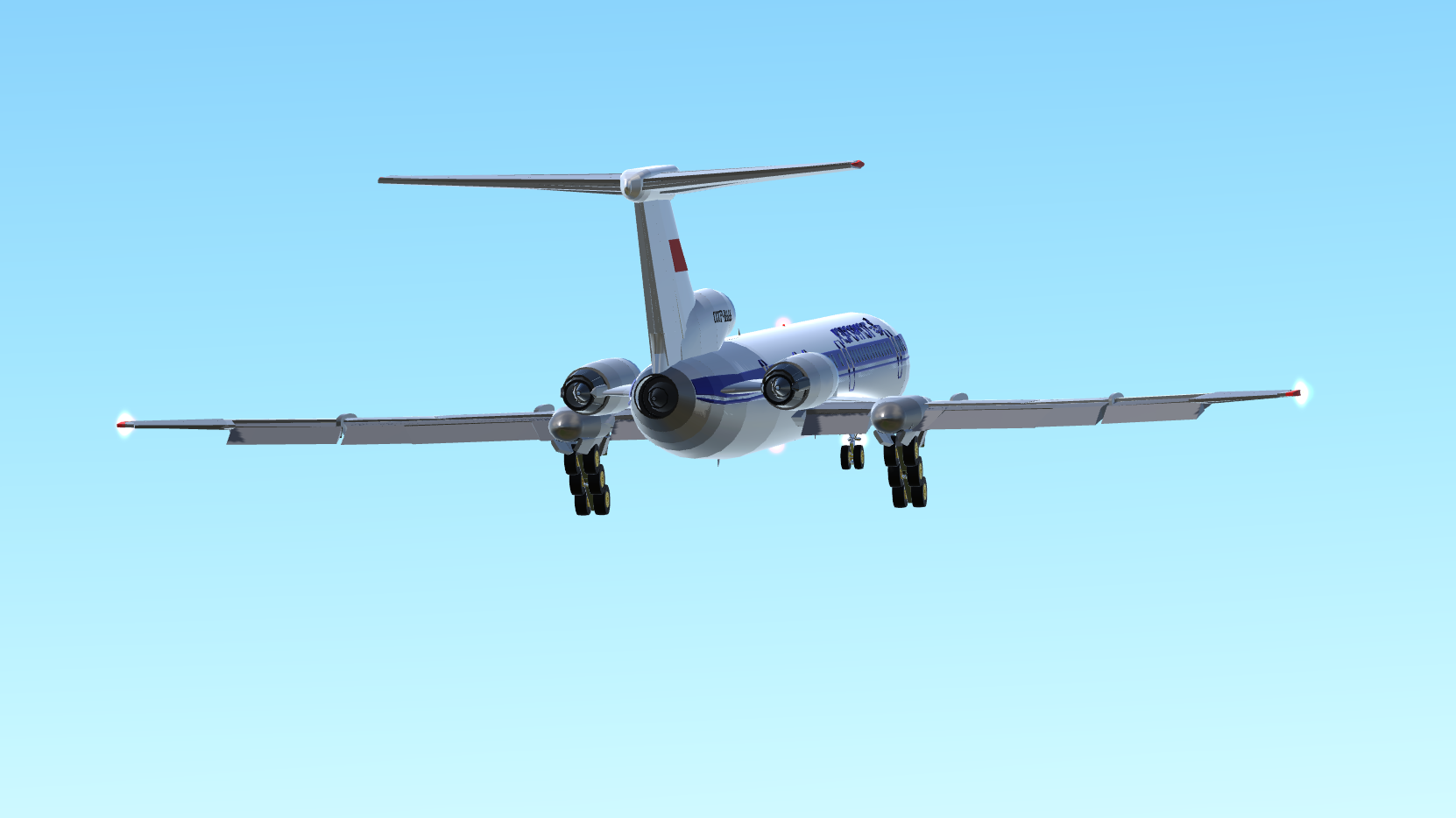 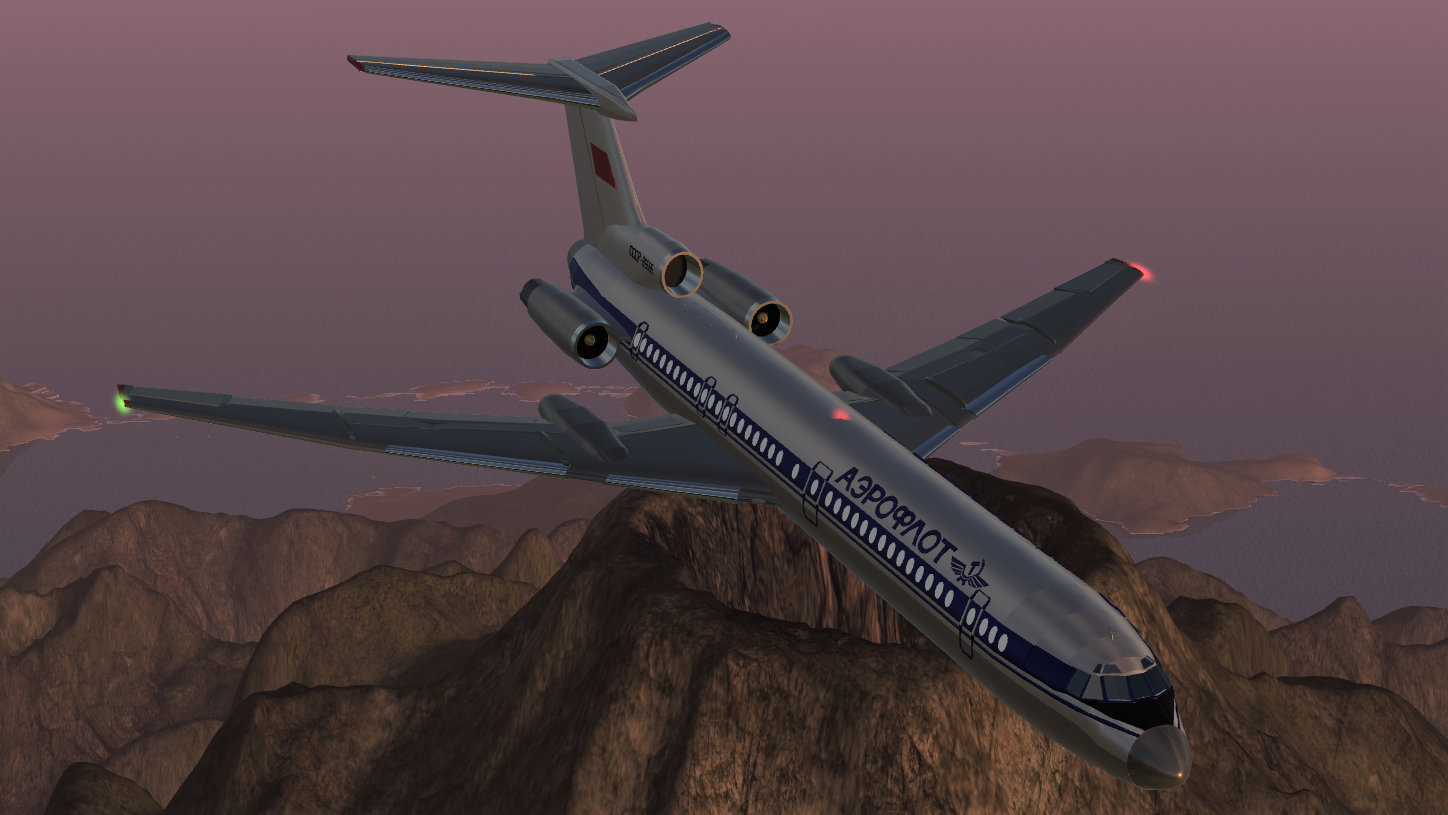 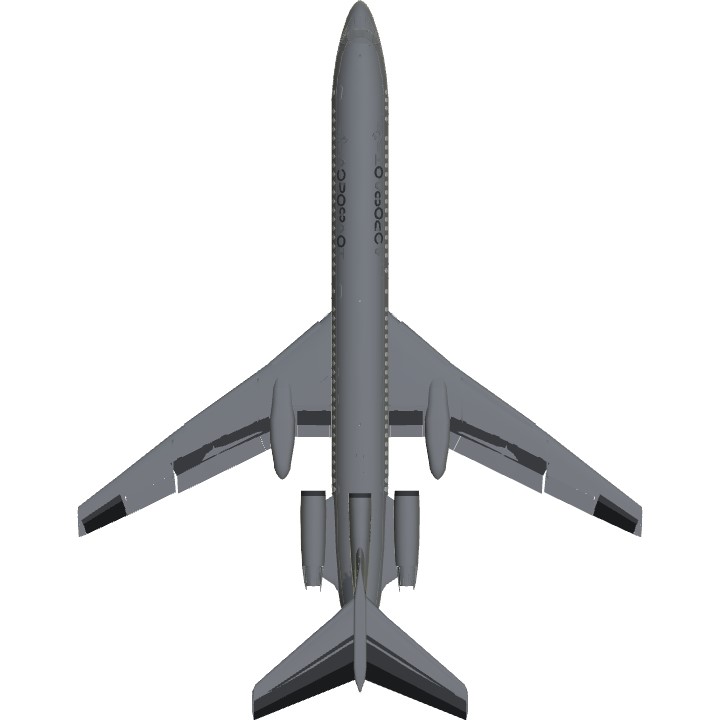 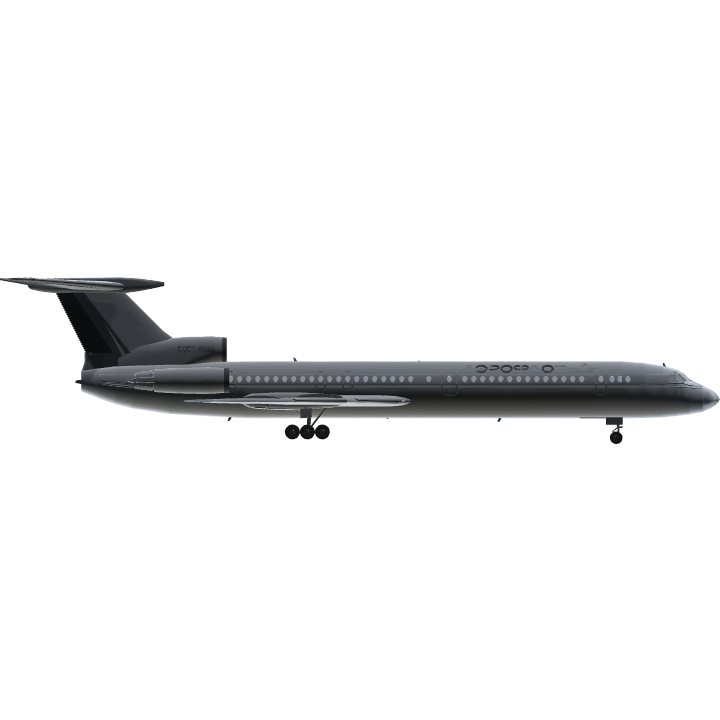 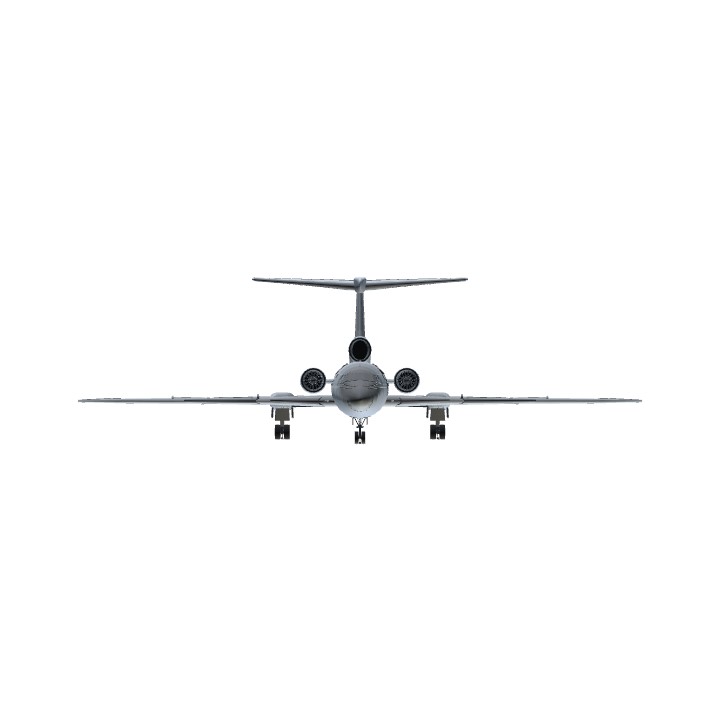