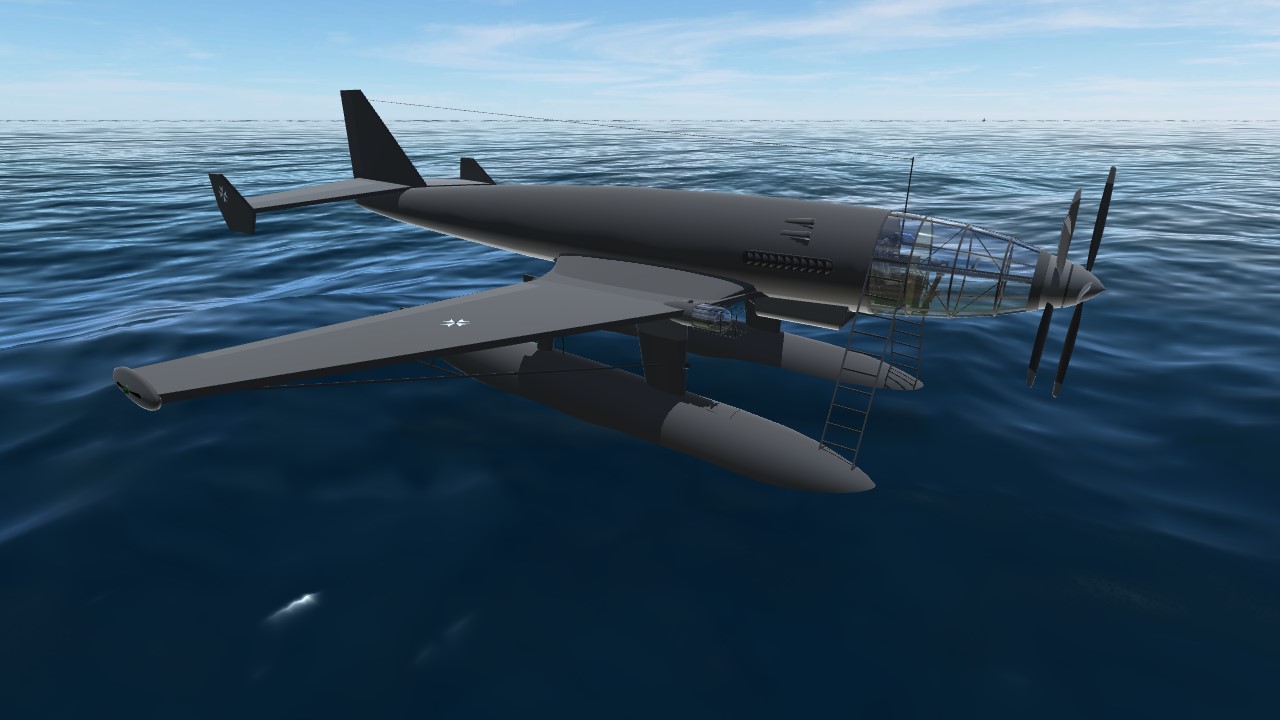 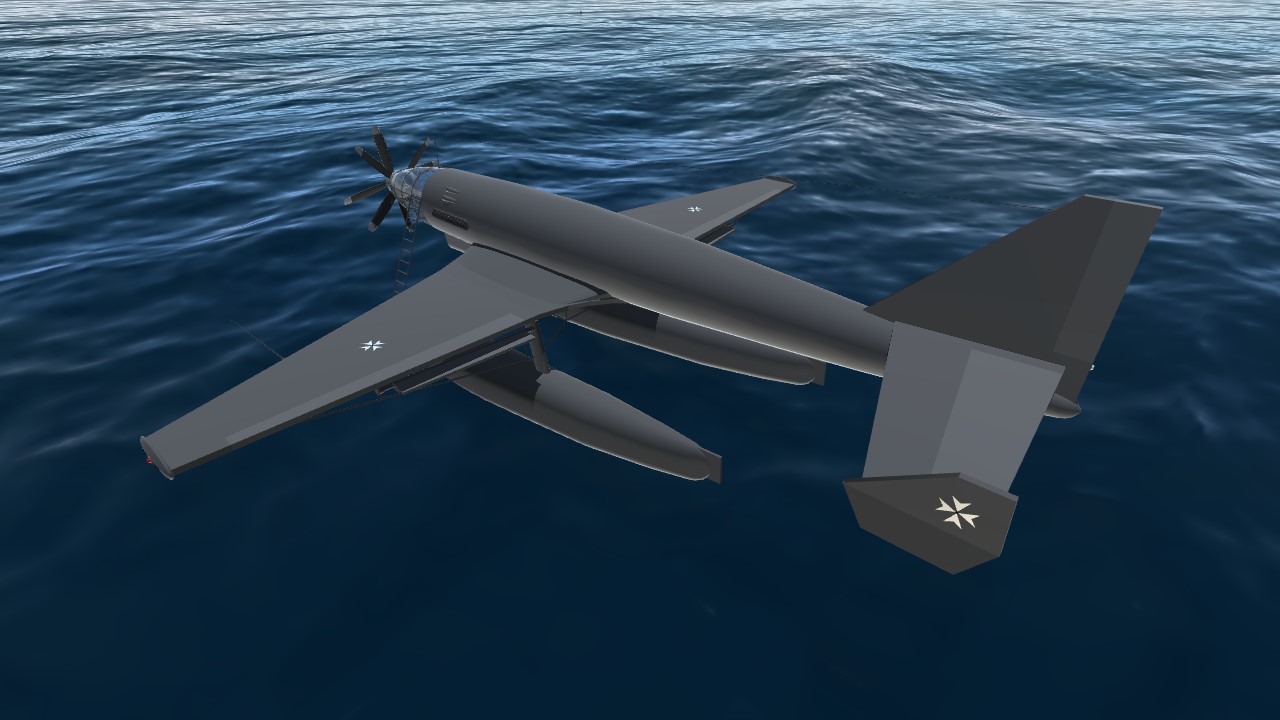 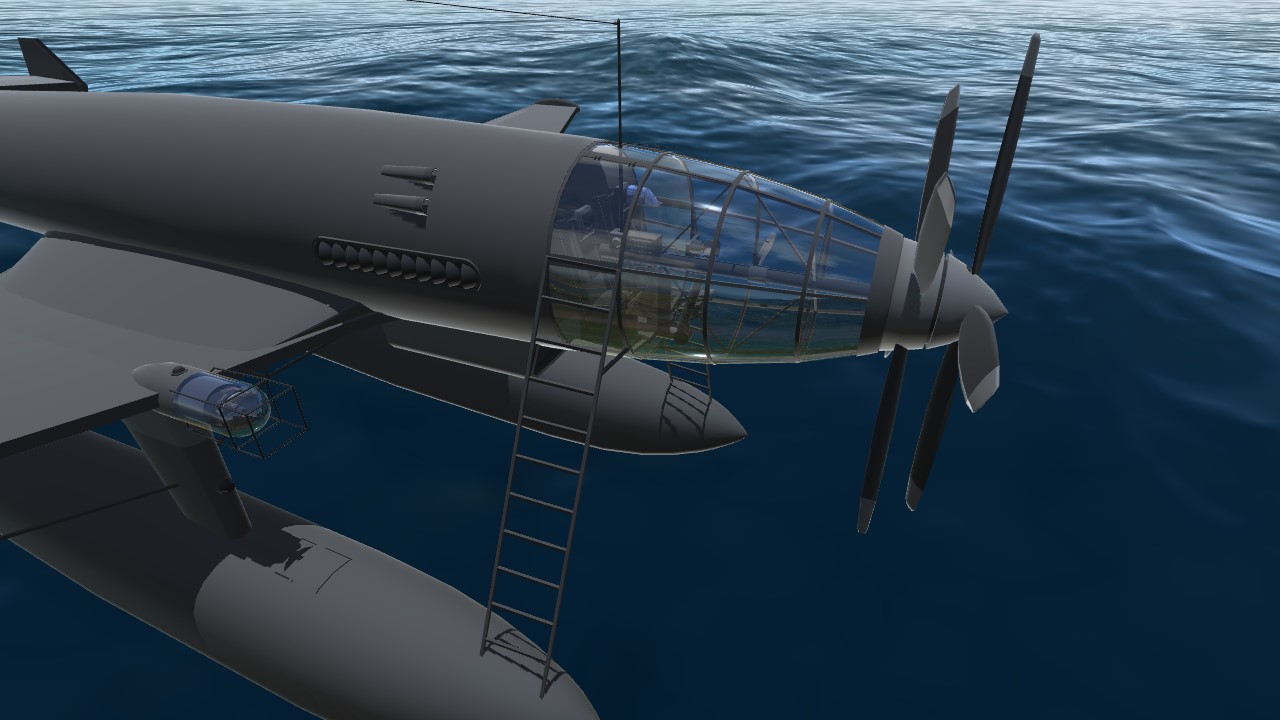 Ostpreußen Airforce/Royal Navy P.23a-1e "Rastus"
"So it's bad" - Some Critic
A large and versatile seaplane designed for patrolling the Baltic Sea and the various lagoons present in Ostpreußen.

•Pre-1945 Design
The origins of the P.23a-1e can be found in 1942, when one of the eight He 119 prototypes -the third prototype which had floats fitted instead of landing gear- was transferred from Rostock to Königsberg at request of Lord Rastus Lazzari, the Maltese heir of Ostpreußen at the time.
He personally found the airfame of great interest, and used personal funds to purchase the aircraft from Heinkel, as it was to be scrapped before he intervened.
After being extensively studied and basic plans were being made to produce a domestic copy, the aircraft was left in a port and sidelined due to the turning state of the Second World War, eventually the aircraft being used for Lord Lazzari's mode of escape to neutral Sweden during the Soviet offensive into Ostpreußen 1945.

•1945-1954 Design
After the war was ended, the He 119 V3 was more-or-less confiscated by the Swedish military until 1953, when Ostpreußen was finally united after being a number of occupied states for eight years.

With the Ostpreußen Airforce having been all but shattered by the Soviet's during the war, and plans for creating a domestic copy of the He 119 virtually scrapped, it was decided to covertly develope a successor to the He 119.
Work officially started late 1954 behind backs of Soviet supervisors, as part of early attempts to remilitarize Ostpreußen by Prinz Flygplanstillverkare. Designs specified a elongated and widened fuselage to allow greater comfort for the crew, while also reducing crew from 3 to 2, allowing more room in the cockpit to observe surroundings with fewer obstructions.
Primary airfoils were to remain inverted gull, though the profile was slightly thinned alongside a complete redesign. Tail planes were drastically redesigned, allowing greater stability at all speeds and greater yaw power to the pilot.
Originally the DB 606 was also going to be used, but considering production of the engine completely ceased, and the significant lack of available components even when they were, the British Rolls-Royce Griffin 85 was intended instead.
It was briefly considered mounting defensive and offensive armaments to the design, but was dropped after concerns on sourcing weapons under Soviet supervision.
Lastly, a total of 2,895 liters (765 gallons) of fuel was positioned behind the centrally-placed engine and in the floats, allowing for great possible flight times by default.

•1954-1972 Design
With the design finalized come early 1955, a prototype was built in Königsberg by the newly reformed Prinz Flygplanstillverkare. The first aircraft, P.23-1e V1, was outfitted with a heavily modified Soviet M-105PF, as the license deal for the Rolls-Royce Griffin engine hadn't finalized.
Regardless of this, the V1 was testflown by then King of Ostpreußen, Sebastian Olsson, from Königsberg to Stockholm. After landing and refueling for a return trip to Königsberg, it was noted by King Olsson that he had more than respectable visibility of the Baltic's, and found flying it quite relaxing after given proper trim.
With favorable opinions on the aircraft and exceptional performance, the P.23 aircraft was pressed into Ostpreußen service, though, due to restrictions on military equipment it was as a "generalist seaplane for the Coast Guard".

Any actual production of the newly designated P.23a-1e began in late 1960 after restrictions were lightened on Ostpreußen to allow a self-defense force, with a batch of 60 aircraft being built by both Rheinmetall-Ost and Prinz Flygplanstillverkare. This was followed by the addition of a radar dome on the right wing to assist with recon duties and identifying ships/aircraft.

•Current Airframe
The currently shown version was the last to be completely unarmed, as the War of Kurisches Haff saw significant use of the P.23 around the Lithuanian and Ostpreußen coasts and around the Baltic Sea, and an urge to have any form of weapon mounted. The later P.23b-1e had not only a forward-facing gun mounted, but also a central external mounting for a bomb or torpedo.

Note from Staffel
Not gonna lie, one of my favorite planes built so far. Was fun to design, the glass added some definition to my favorite cockpit type, and I've actually gone and added a pretty mostly complete cockpit that's pretty usable.
Now to start work on the second, armed version I mentioned in that forum a few days ago, I can get about expanding on OstP lore and making paint schemes and stuff!
Also finally got that mod by Gestour's working, so yay 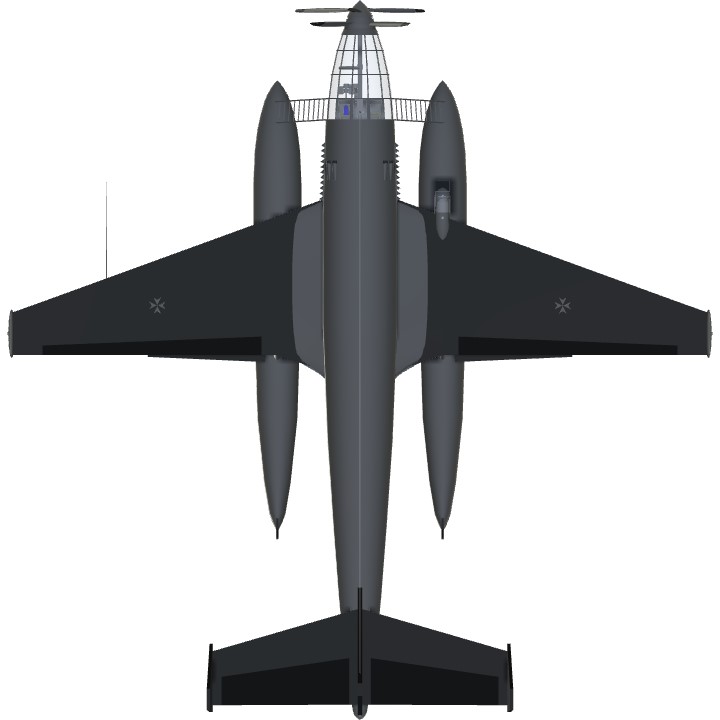 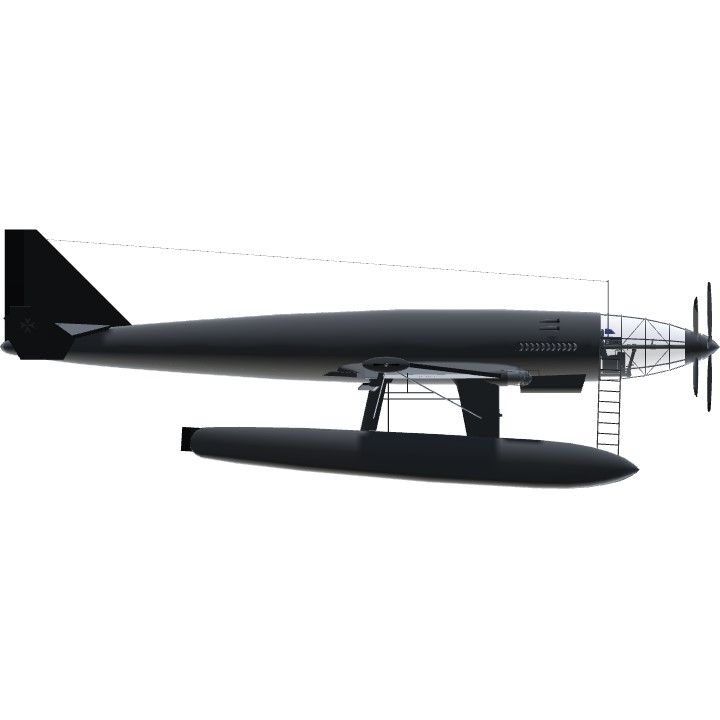 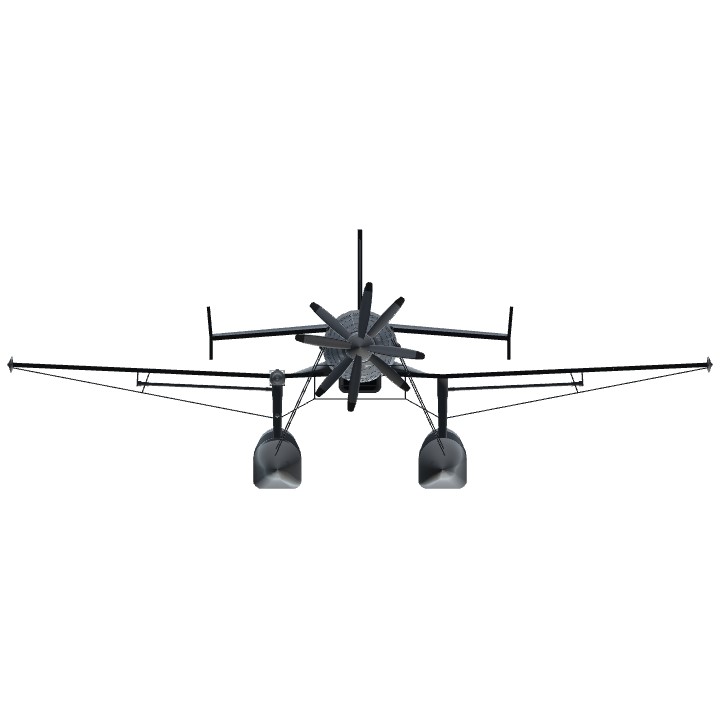