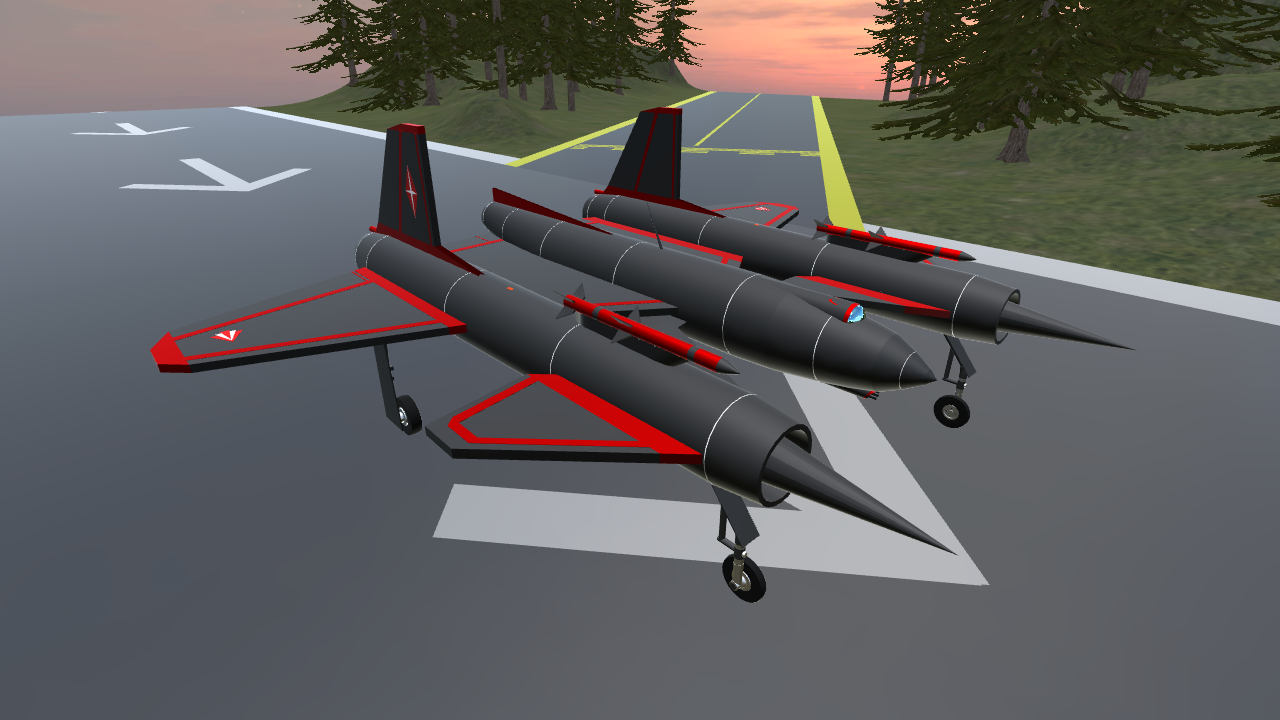 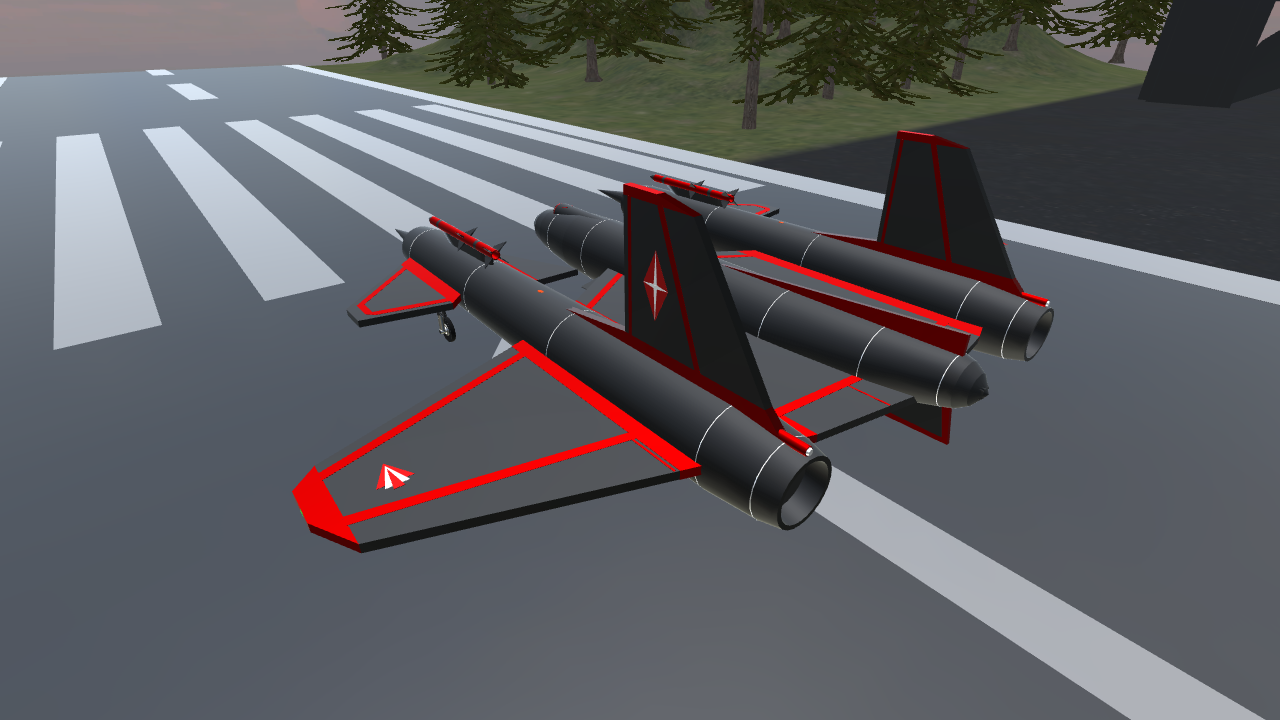 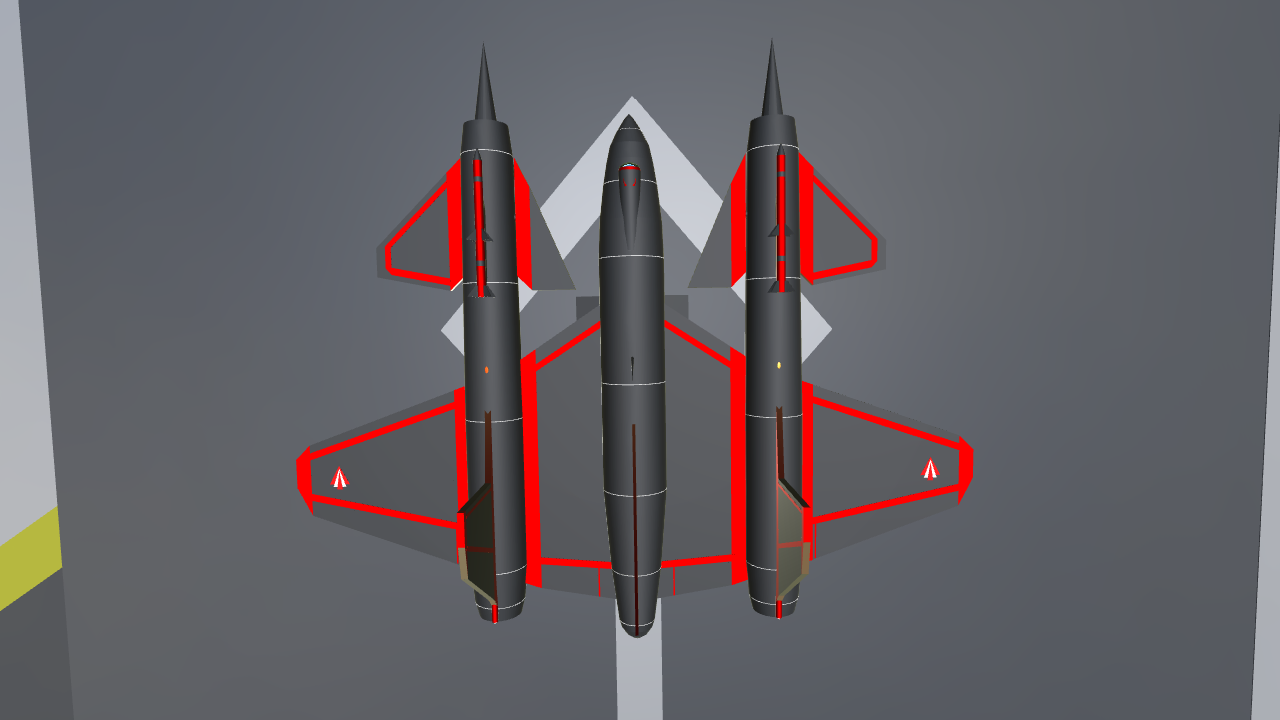 A top secret project of Eleu Defense Systems, the X-2 is an unmanned combat drone that is designed for air combat and reconnaissance missions. The first prototype was finished on November 8, 2021 and it underwent trials that showed that you really shouldn't judge a book by its cover. Despite its strange looks, it proved to be a reliable and versatile drone, fast enough for quick recon missions and maneuverable enough for air-to-air combat.

The X-2 has a 3 fuselage layout, the middle fuselage containing the flight control systems, a camera, and some armament. The two outer fuselages contain the engines, landing gear, and a weapons bay for missiles. On top of the two outer fuselages are pylons for missiles. The X-2 uses a canard layout and a unique four point landing gear system. Airbrakes are also fitted to ease landings along with a drogue chute. Two non-afterburning engines (afterburners weren't fitted to make fuel consumption more efficient) and a low drag design allows the X-2 to have a long flight range. Armament includes a 30mm Gsh-6-30 rotary cannon, four Vympel R-73 missiles in the missile bays, and two Vympel R-77M1 missiles on the top mounted pylons on the outer fuselages.

It was nicknamed "Harrier" by the design team, comparing the X-2's slim landing gear and broad wings to that of the bird of prey.

Built for the Red Team. Based off this plane.

I wanted to make a teaser post first, but imgur isn't working and I don't like using discord.
Also I'm building a heavily modified B-42 Orion for the Maritime Patrol Aircraft Challenge by Dimkal so stay tuned! 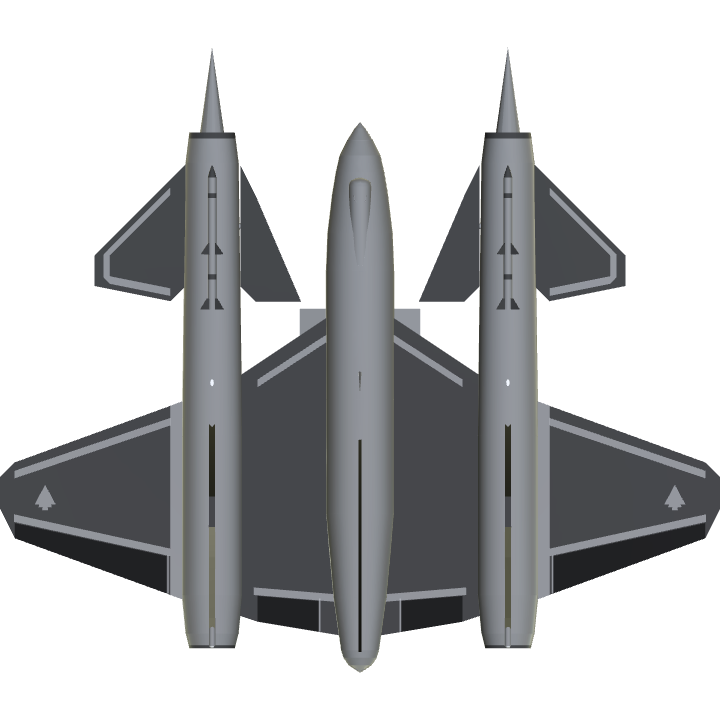 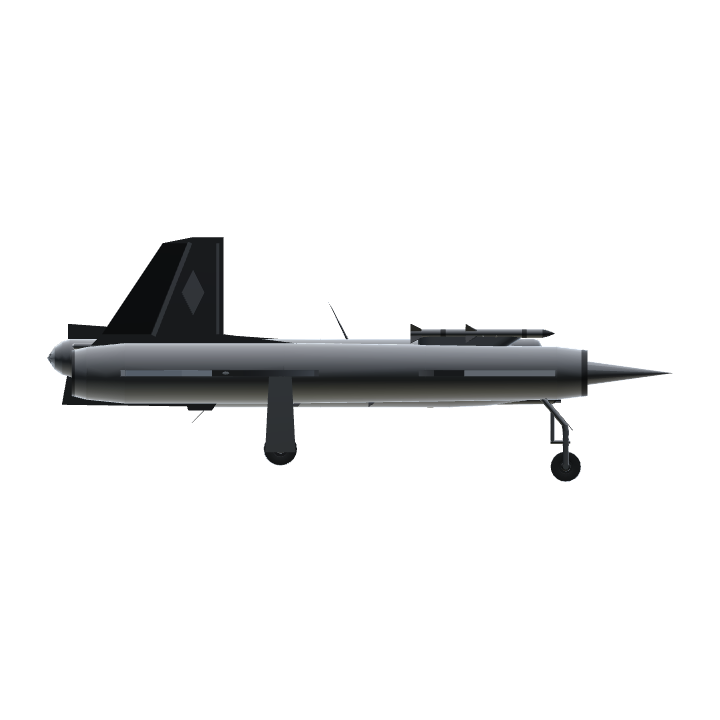 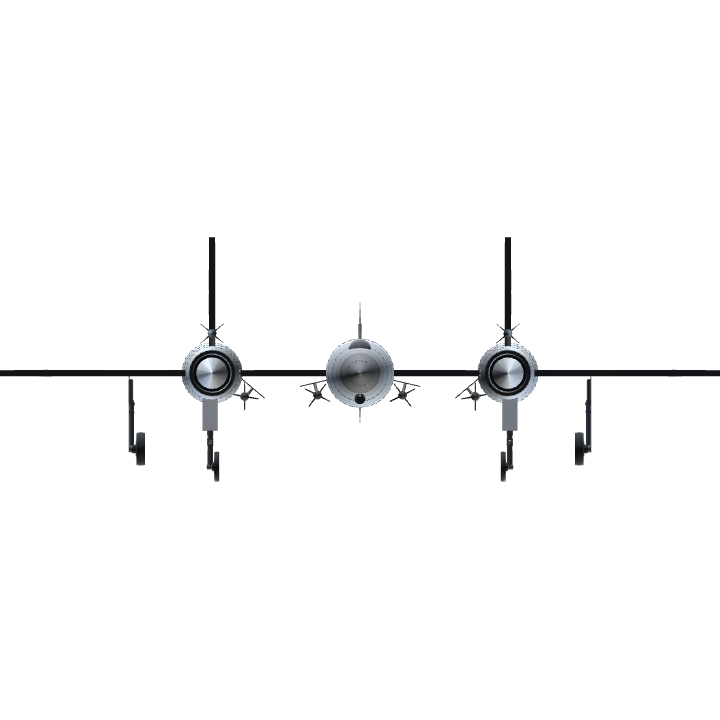