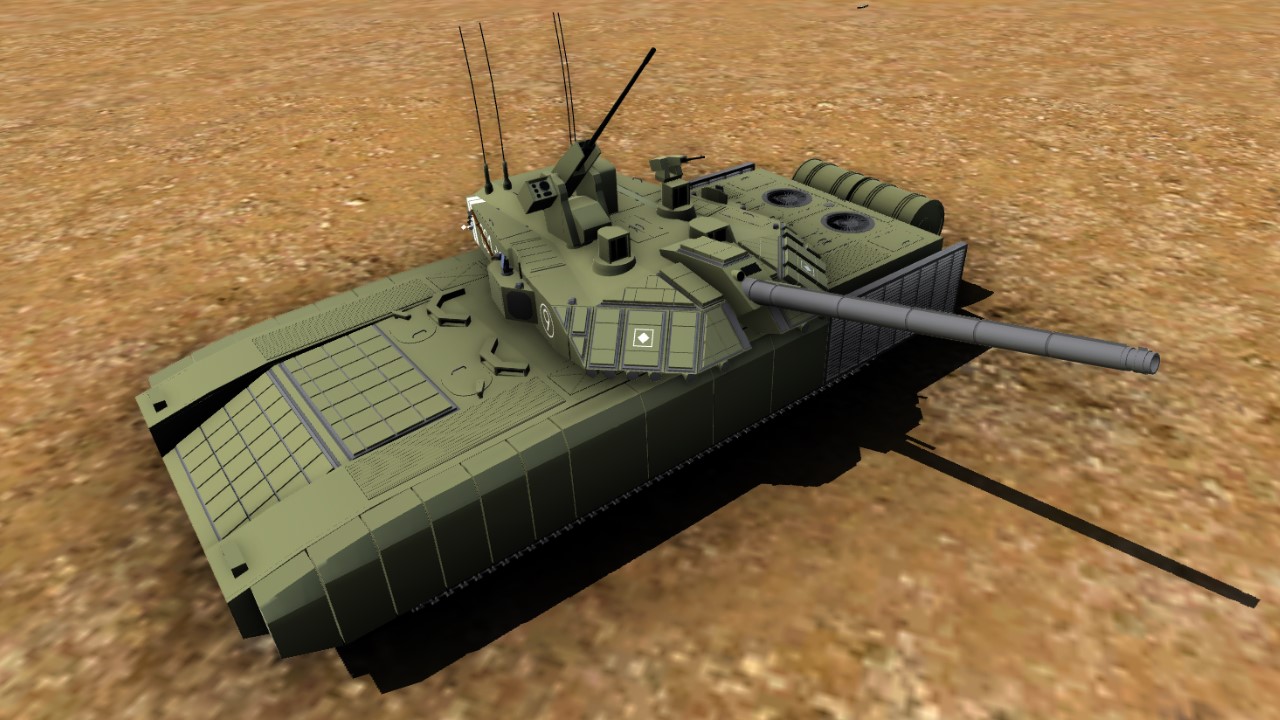 Intro:
The T-21 Kori is a purpose built export MBT to provide nations in need with a modern, reliable, and cost effective main battle tank capable of holding its own against next generation MBTs. Highly customizable and modular, the T-21 is able to be tailored to the needs of a 21st century armor force. With all this coming in at least 3 million usd, the T-21 is the perfect choice for nations looking to modernize their military.

Armament:
The T-21 is armed with a stabilized 130mm ETC smoothbore cannon and autoloader, allowing it to reach 8 rounds per minute. It is capable of firing a wide variety of rounds, including a 1 meter tungsten APFSDS capable of penetrating over 1 meter of armor from 2 km away. The T-21 is also equipped with 1 30mm RCWS and 2 12.7mm machine guns (One located in the turret and one equipped on a RCWS). Along with this, the T-21 is able to fire AGTMs from it’s gun and is equipped with 40mm multi use smoke grenades located around its turret.

Armor:
The T-21 is equipped with a modular armor system. The turret is made up in four parts:
-the base turret,
-frontal turret armor
-turret addon armor
-rear turret module

This modularity allows the T-21 to be custom tailored to the needs of the nation’s military along with allowing easy upgrading of parts and systems. In it’s base model, the T-21 is NBC protected and is equipped with NGMCA, or Next Gen Modular Composite Armor. NGMCA incorporates nano ceramic tiles, silicon carbide, Aluminium-Titanium alloys, nanometric steels, and depleted uranium in the uparmored module. NGMCA is also supported by ERA similar to Relikt, addon composite sheets, slat armor, and APS to further increase the protection of the armor.

Controls:
-WASD to drive
-VTOL to move turret and rcws
-Trim to adjust elevation of weapons

Details:
Reimu's gohei (not to scale): 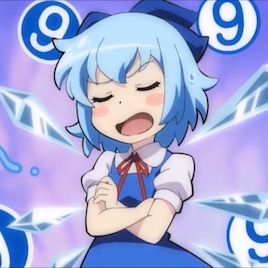 Final notes:
This is my first successful attempt at making a mbt. I think it turned out great and I had a lot of fun building it. Thanks to Kerlon for his constant help and knowledge of tank designs, typhoon for adding the tracks, and lota for the screenshots. And as always, have a great day or not, the choice is yours.

Have a great Cirno Day! 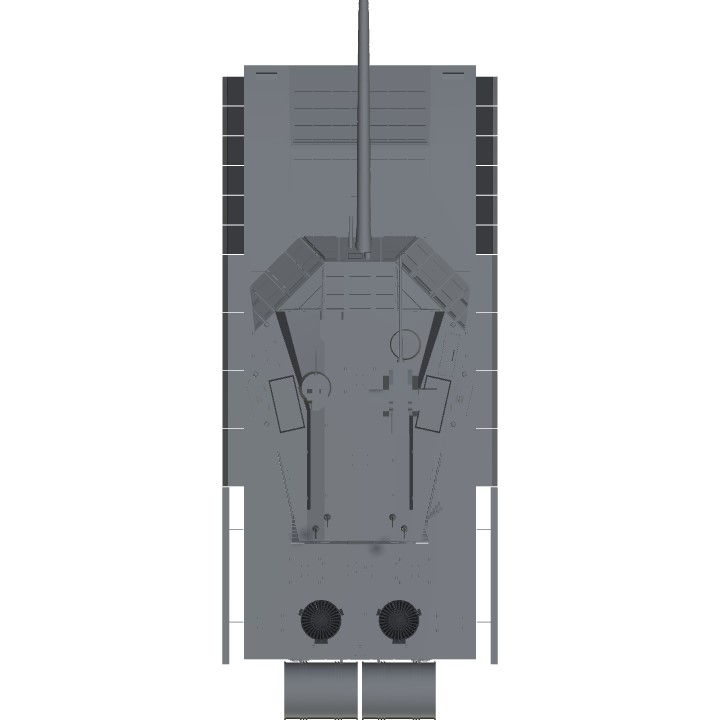 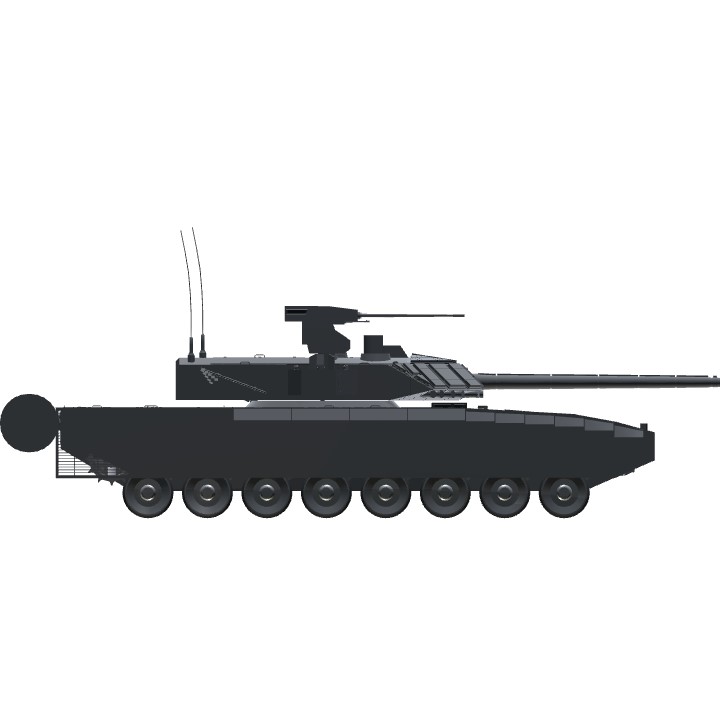 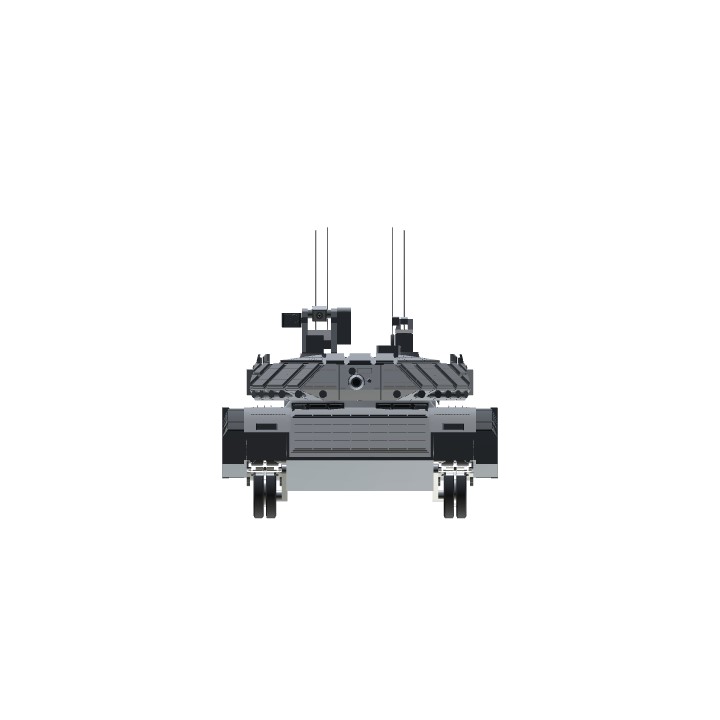