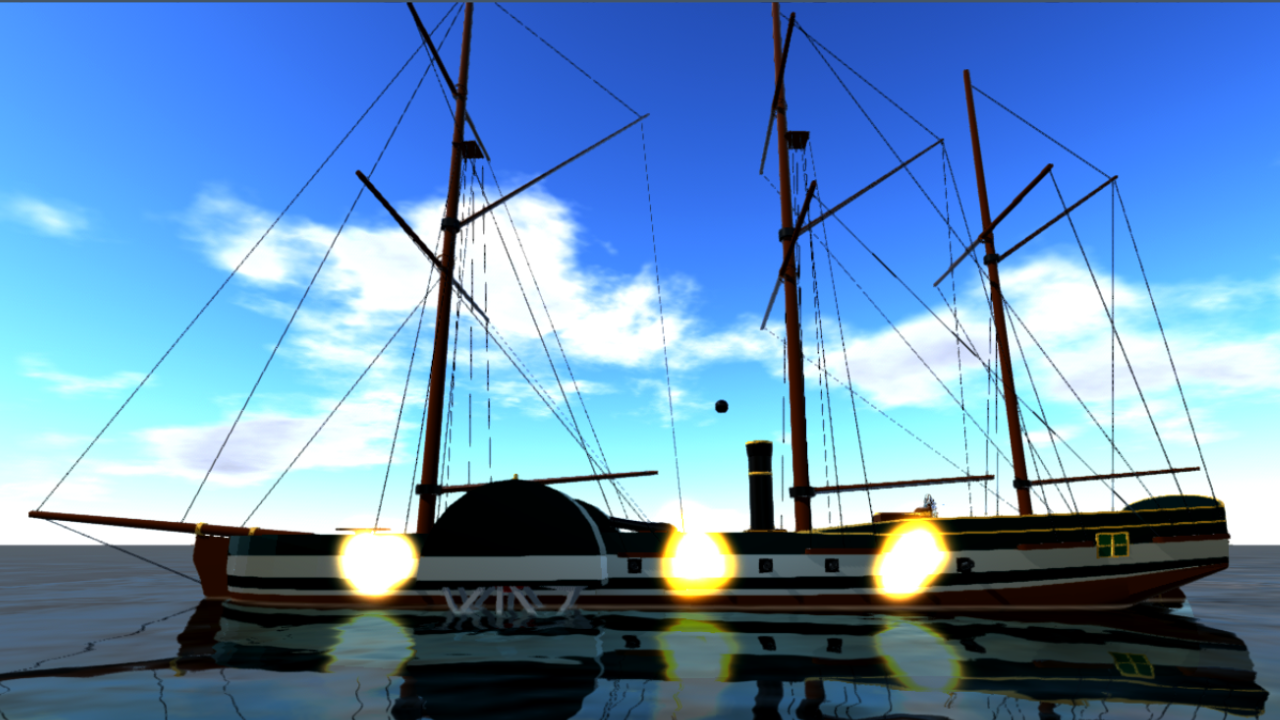 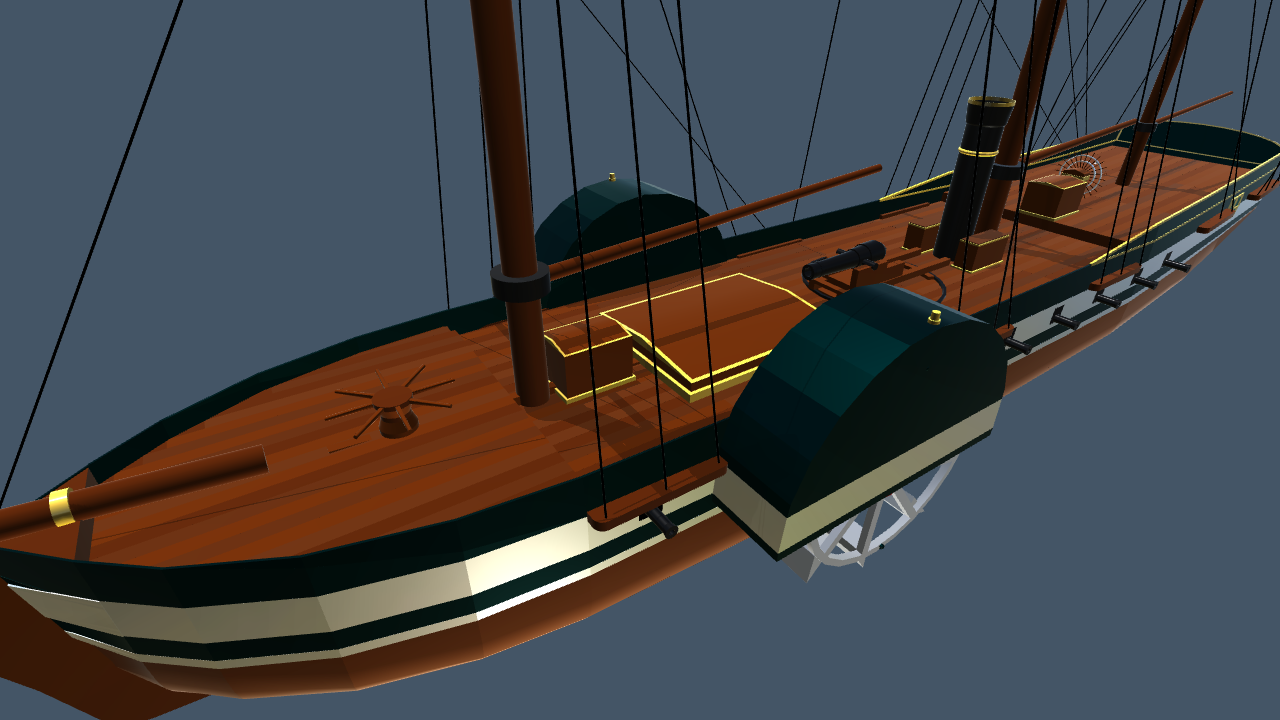 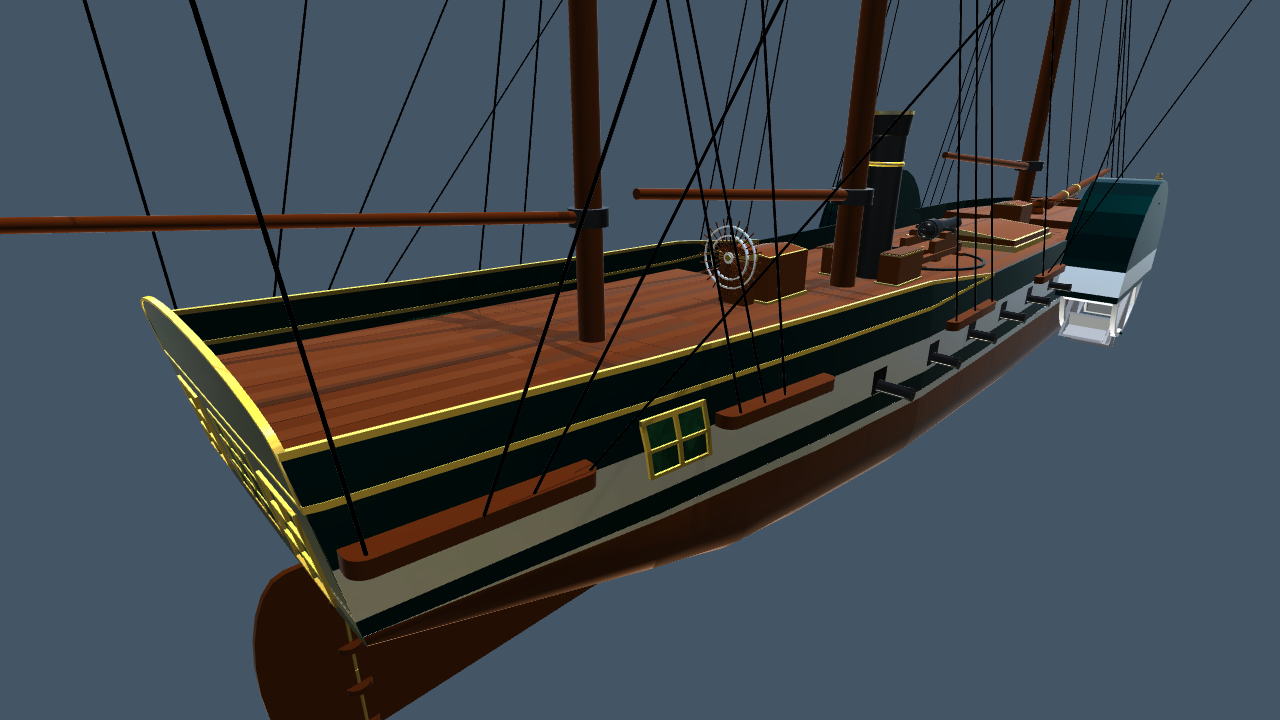 Steam frigate Obsidian was fielded in the year 1831 to take advantage of then-new technologies of steam propulsion and shell-firing cannon. It server until 1852, when it was removed from service as obsolete and scrapped.

Obsidian was 60m long (50m across the gundeck) with a 20m beam at the wheel covers. It ship rigged (square rigged) on three masts.
Its steam propulsion system consisted of a 280hp engine driving two paddle wheels. Paddle wheels were connected by a primitive differential gearbox, allowing them to rotate in opposite directions, giving the ship some extra maneuverability. Ship could reach 11kts under steam power.
Hull of Obsidian was typical of the sailing frigates of the age, with sides curving slightly inwards. It was fairly lightly armored, as it was meant to engage from outside enemy's firing range.
Armament consisted of fourteen 48lb solid shot guns, seven per broadside, and a single 96lb gun designed to fire explosive shells, placed on a traversable mount in the middle of the deck.

Do not point the gun at parts of the ship. What happens if you do is what would realistically happen if you shoot a wooden ship with a large ball of explosives. Ropes have collisions disabled, so you can shoot through them. 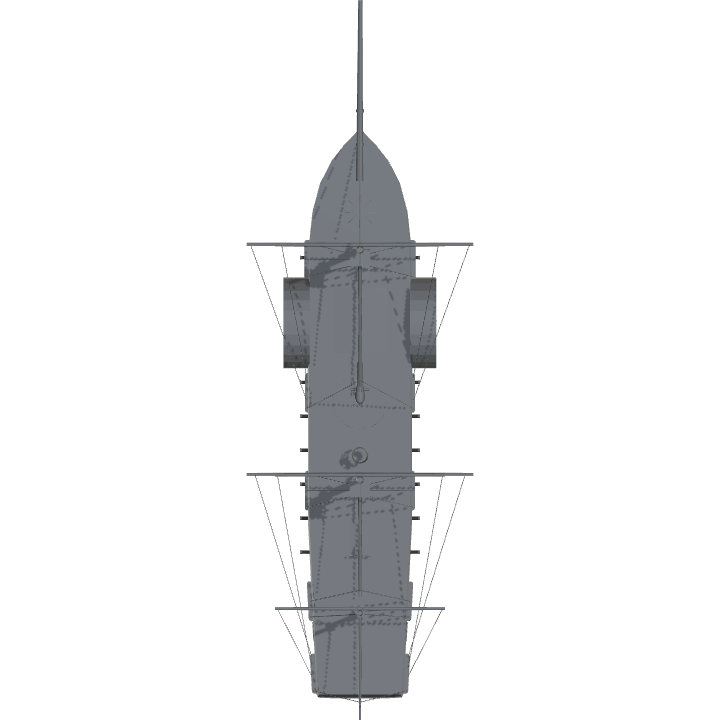 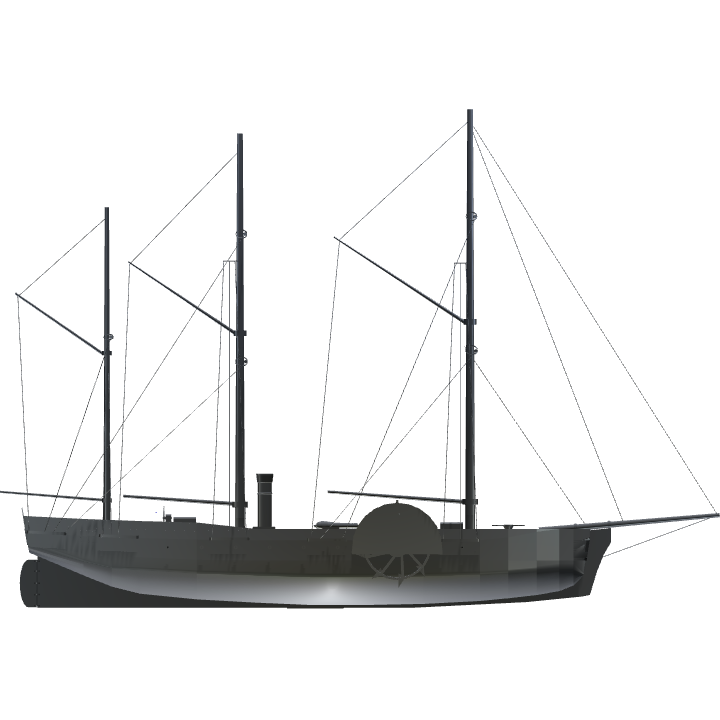 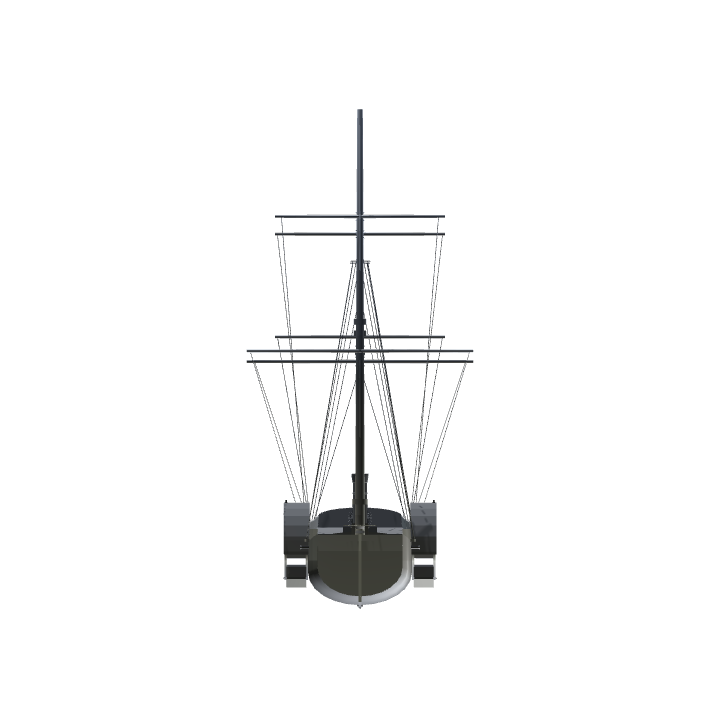