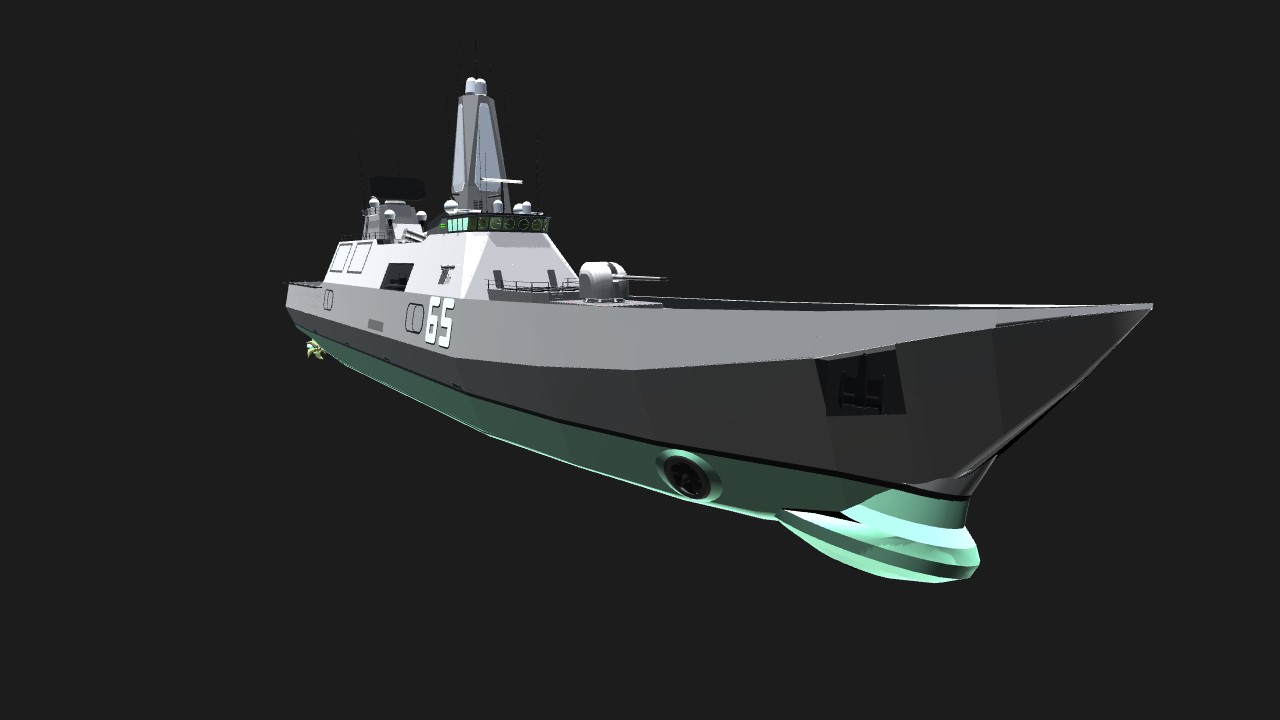 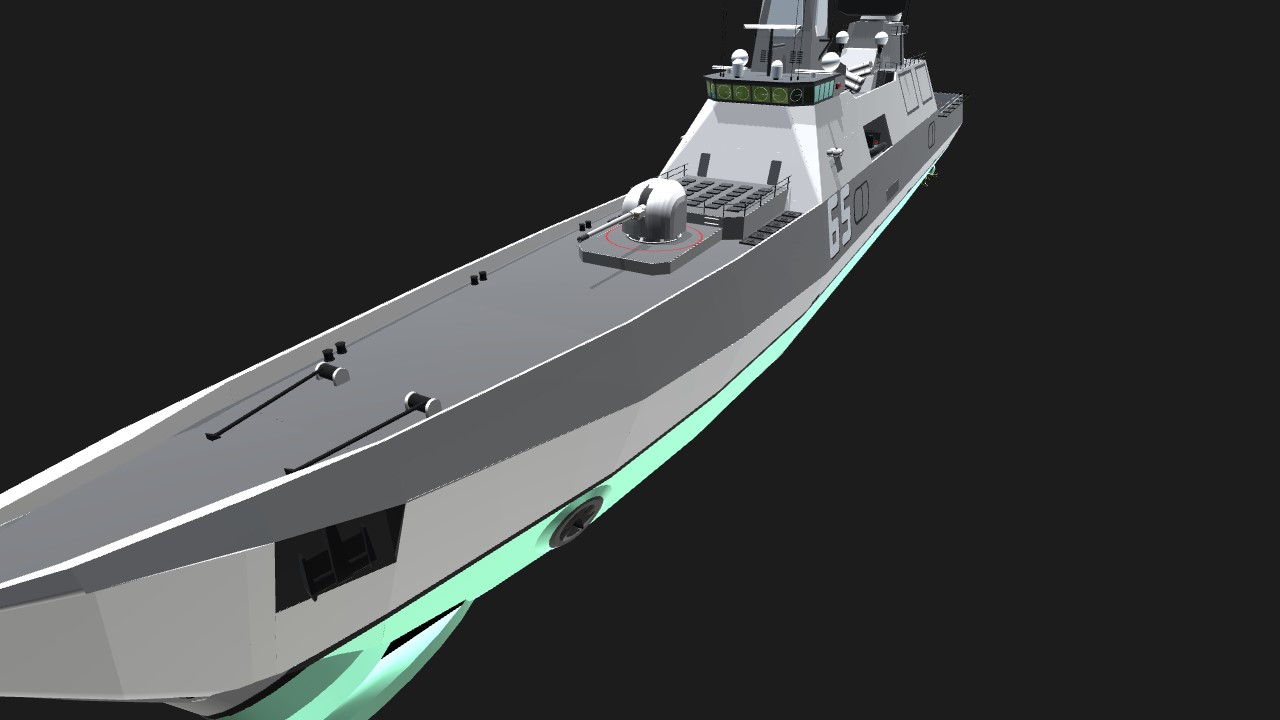 The Rheinstahl forces F-110 Angela Merkel class Fregatte was designed for fast and mobile combat. It should be powerfull and able to engage ground and air threats at the same time.
Its a diesel electric powered vessel with a sternthruster and main propellers on turntable. Thats why you can move sideways, have a good normal agillity and you can turn on one point. The ship thinner than most frigates to get access to places where larger ships cant drive.
Its able to deploy 2 rhibs and has a hanger bay for one helicopter (still working on it)

-throttle for engine start
-vtol for movement (forward and backward)
-trim for ruder (full is for sideway movement)
-yaw for sternthruster ( use inverted to trim for on point turn, for sideways movement use parallel) 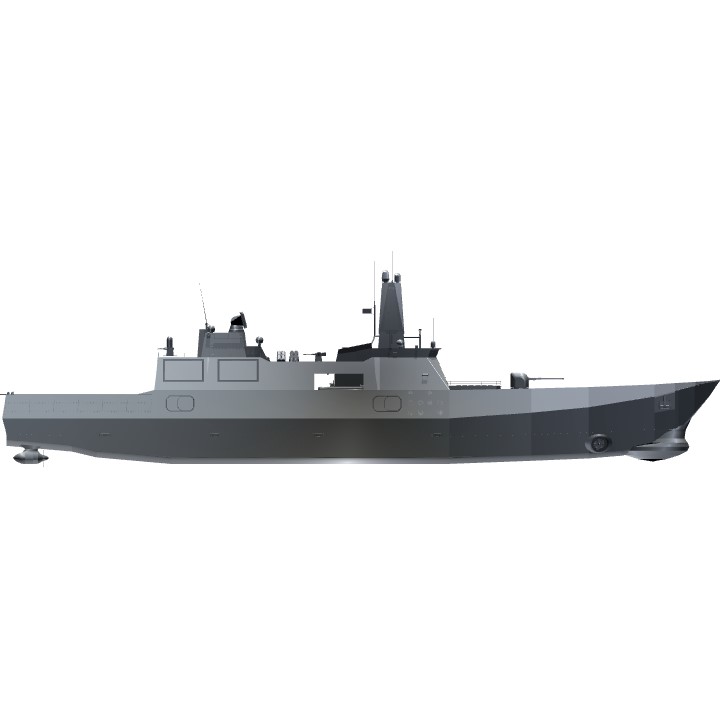 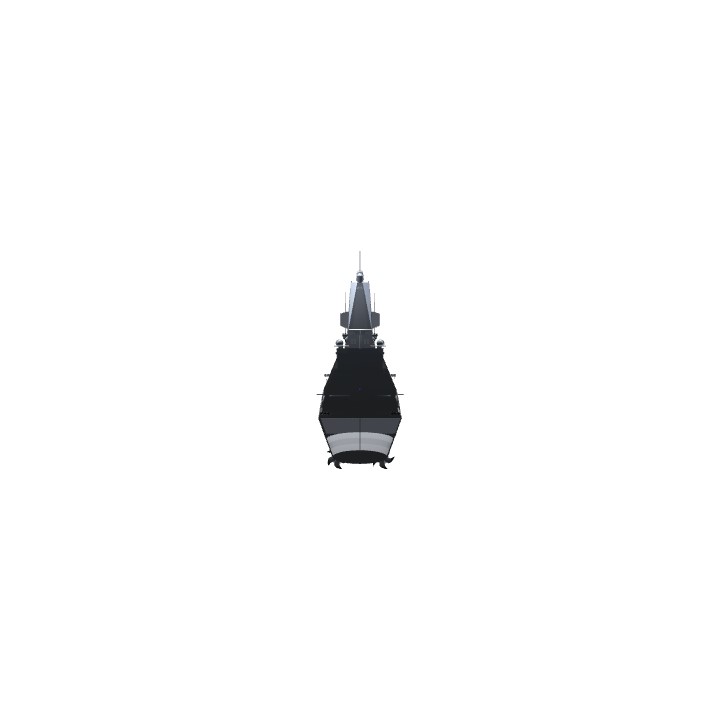