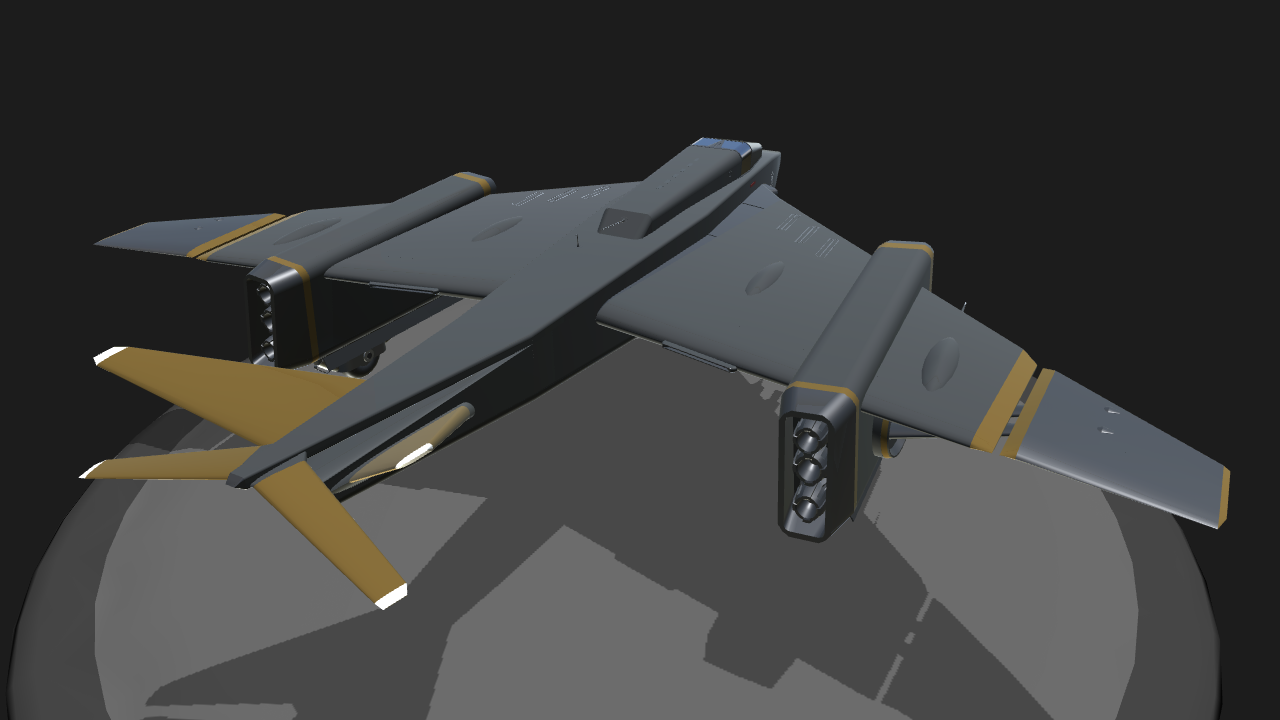 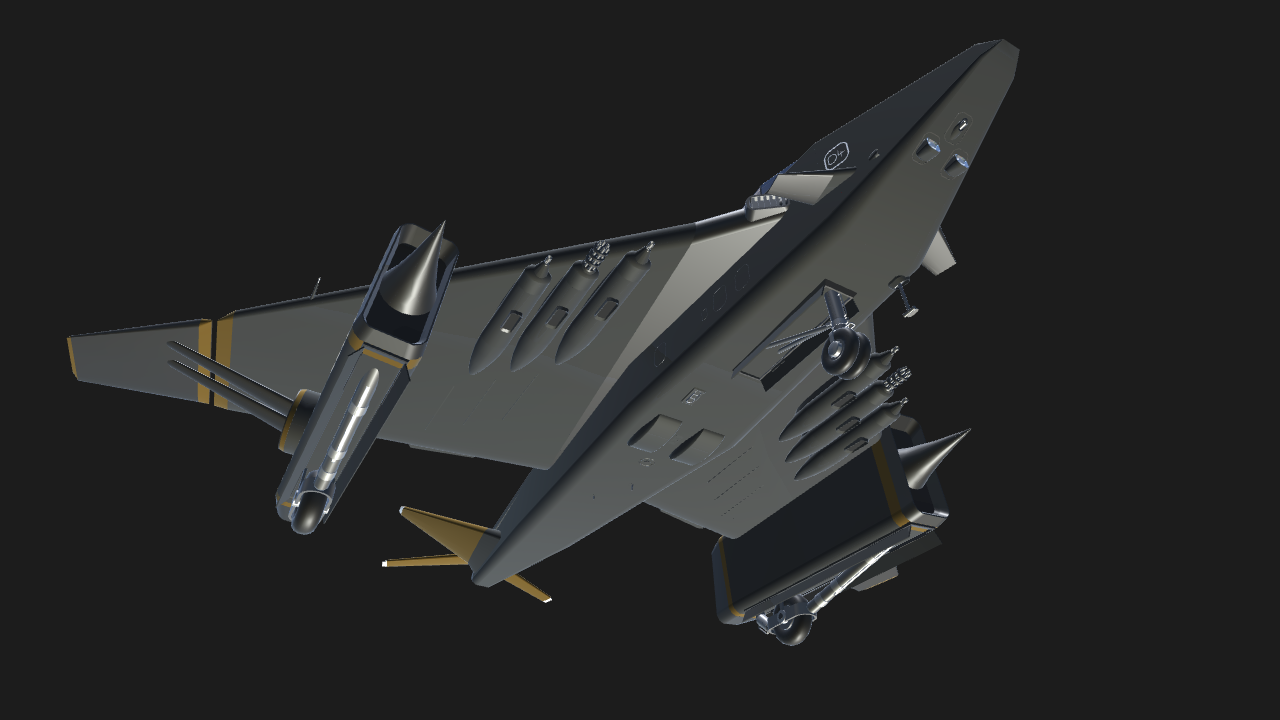 VTOL half way down to set Canards. Apply full throttle and rotate at 300mph. Once airborne, VTOL centre to raise Canards then raise the landing gear. Set throttle and trim as required.

AG1 on to engage boost engines. Adjust throttle and trim as required.

AG1 off to power down boost engines. For final approach and landing, use 5% throttle and VTOL fully down to set Canards. On touchdown, cut throttle and brake gently.

Built by Pilot and crew, from a salvaged Imperial Fighter fuselage.

His Majesty's Aircraft “Fatal Blow” is a singe-seat, high speed interceptor, tasked with getting airborne as quickly as possible in order to engage enemy aircraft before they reach our territory. The craft has a 2 stage propulsion system that uses 2 of the 6 engines for take-off, low speed cruise and landing, and all 6 engines for military climb and high speed flight.

The craft is armed with 4 wing-mounted Machine Guns, 2 wing-mounted Rotary Cannon, and a Nose mounted Cannon with 170 explosive rounds. 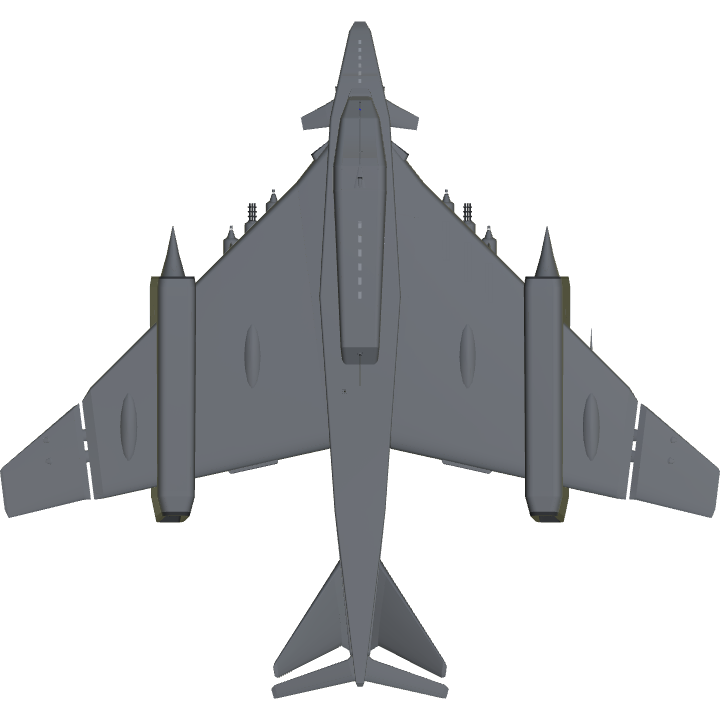 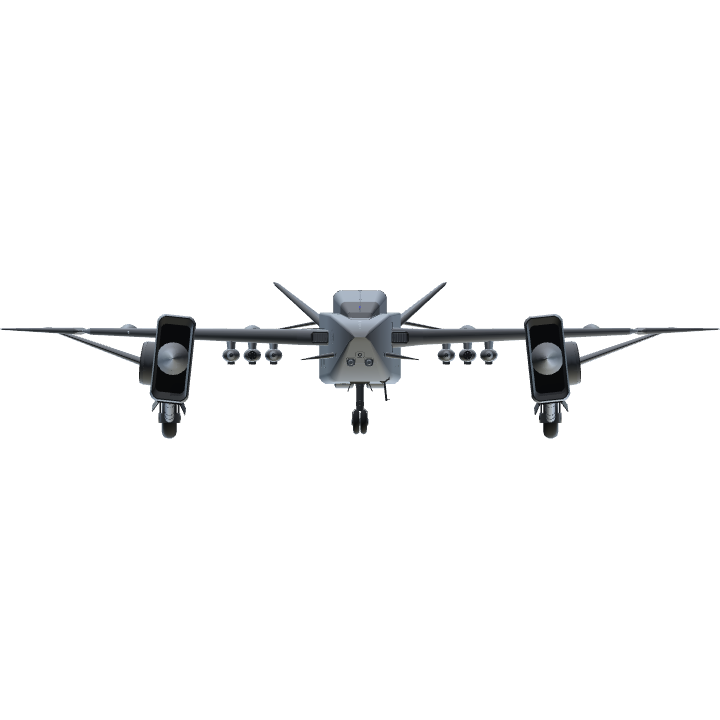